We hope you enjoyed our coverage of Italy vs Bulgaria in the UEFA qualifiers for the Qatar 2022 World Cup. Keep checking back on VAVEL.COM for updates throughout the day.
4:43 PM17 days ago

Draw in Italian territory, the Azzurri split points with Bulgaria in the resumption of the qualifiers on the road to Qatar 2022.

Anton Nedyalkov receives the yellow card at the end of the match.
4:30 PM17 days ago

Change in Italy! In comes Dominico Berardi and Giacomo Rasparodi, out comes Lorenzo Insigne and Ciro Immobile.
4:18 PM17 days ago

There are 20 minutes left to play at the Artemio Frachi Stadium and things are still tied between Italy and Bulgaria.
4:11 PM17 days ago

Change for Italy! In comes Toloi and out comes Florenzi.
4:08 PM17 days ago

The Bulgarian goalkeeper was once again a factor in the match after saving a dangerous shot by Federico Chiesa.
4:03 PM17 days ago

The second half kicks off between Italy and Bulgaria.
3:35 PM17 days ago

Bonucci's extraordinary pass to Insigne, who receives it in the right way to crash his shot into the goalkeeper.
3:29 PM17 days ago

GOOOOOOOOOL FOR BULGARIA. THE MATCH IS TIED.
3:21 PM17 days ago

Gueorgui Yomov is cautioned for a foul on Veratti.
3:16 PM17 days ago

The first goal for the Azzurri was scored in this way.

GOOOOOOOOOOOOOOOOOL FOR ITALY, A SHOT THAT HITS THE GOALKEEPER'S FAR POST.
3:03 PM17 days ago

Insigne came close to opening the scoring but the Bulgarian goalkeeper saved well.
3:01 PM17 days ago

ITALY DOMINATES! The Azzurri have 77% possession of the ball in these first minutes of the match.
2:58 PM17 days ago

The match between Italy and Bulgaria kicks off at the Artemio Frachi Stadium.
2:41 PM17 days ago

In a few moments we will begin

In a few moments we will start broadcasting the match: Italy vs Bulgaria, a duel corresponding to the qualifiers for the Qatar 2022 World Cup.
2:31 PM17 days ago

The brand-new Italian champions have arrived at the mythical Artemio Stadium. 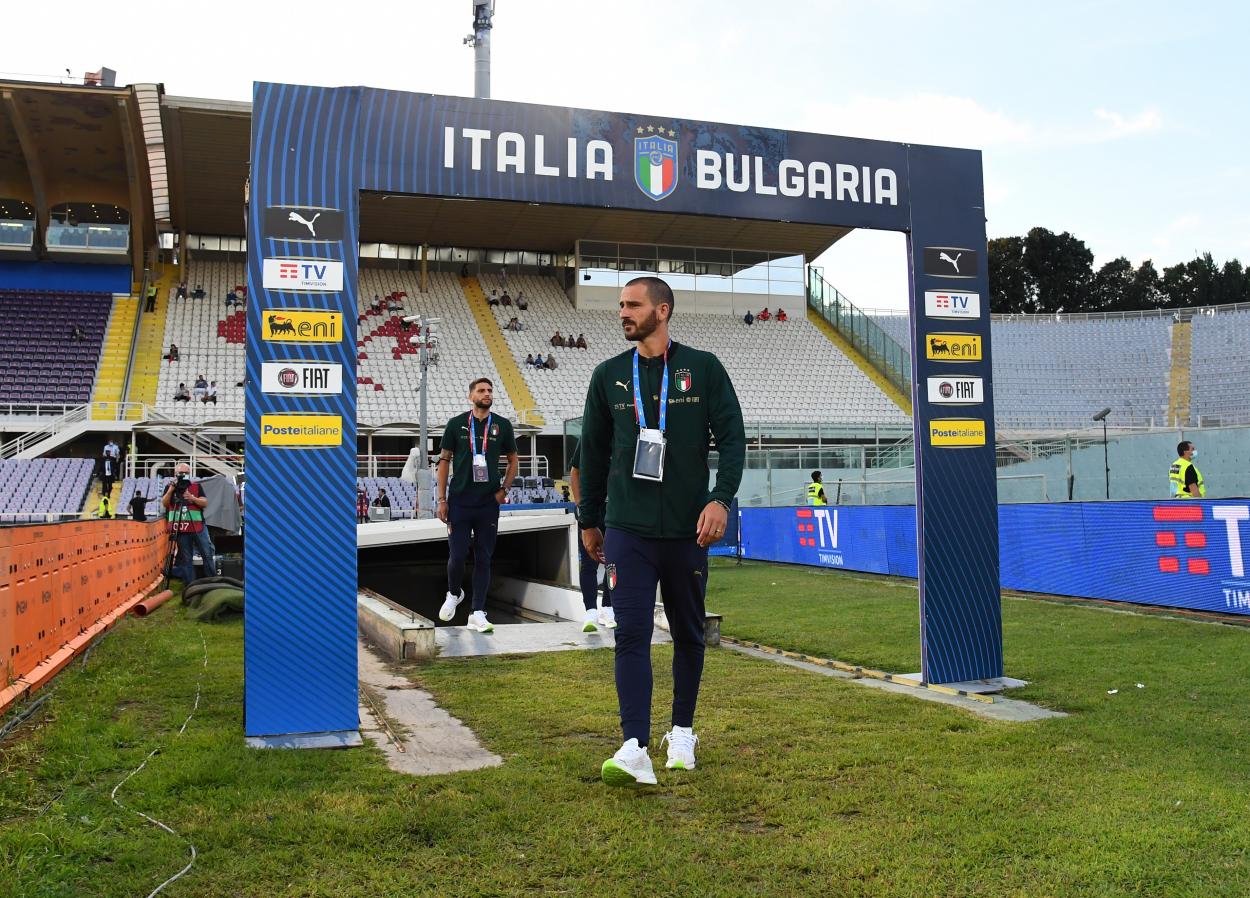 What happened the last time Italy and Bulgaria met?

The last meeting between the two sides dates back to March 28 of this year, when Italy won 2-0 away in the second round of qualifiers. The scorers in that game were Andrea Belotti and Manuel Locatelli.
2:13 PM17 days ago

Bulgaria is struggling to score. They have scored just one goal in three FIFA World Cup qualifiers and have also failed to score in the last two friendlies against Russia and France this summer.
2:09 PM17 days ago

Bulgaria for the feat!

The visitors have not been to the World Cup since 1998. They have not even finished the previous two WC qualifying rounds within the top three teams in their respective groups (they finished fourth on both occasions).

Bulgaria did not get off to the best start in their Qatar 2022 World Cup campaign, picking up just one point from three matches in March.

Likewise, Bulgaria have never avoided defeat on Italian soil. The Azzurri have won five of five home games against the Bulgarians, conceding just one goal along the way.

Only Zanniolo, one of the promising young players who has recovered from a knee injury, has been added to the core of champion players. The other absentees are Belloti, who suffered a heavy blow in the last round of Serie A, and Spinazzola, who ruptured his Achilles tendon during the European Championship.
1:55 PM17 days ago

This is the initial list presented by Italian Technical Director Roberto Mancini. The names of Donnaruma, Bonucci, Emerson, Barela, Chiesa, and Insigne stand out. 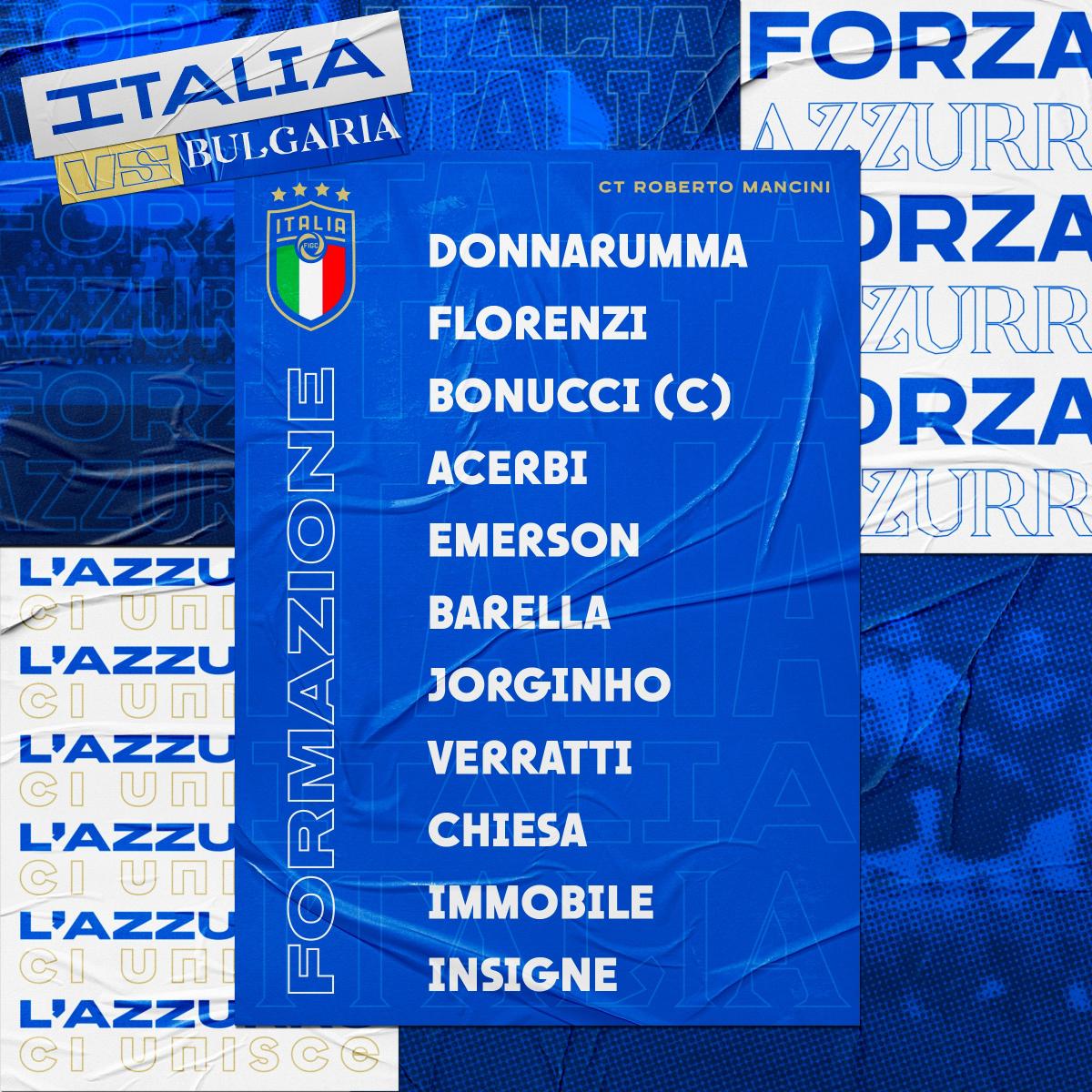 Seeking to set a record

The newly crowned European champions Italy are back on the attack and on the prowl for a record. If they avoid defeat at the Artemio Franchi stadium in Florence, Italy will equal the all-time record for the most undefeated matches, the 35 matches unbeaten by Spain between 2007 and 2009.

Italy's coach Roberto Mancini has called up all the members of the team that won the European Championship to face Bulgaria, Switzerland and Lithuania, so hopes are high that they will make it into the history books.

Today is the day, today the road to the World Cup resumes! Italy and Bulgaria will continue with the dream of being present in the greatest soccer fair at the Artemio Frachi Stadium. At the moment it is the Azzurri who leads Group C with nine points, followed by Switzerland with 6, Northern Ireland with 1, Bulgaria in second last with 1 unit and at the bottom Lithuania who has failed to score so far in the qualifiers for Qatar 2022. 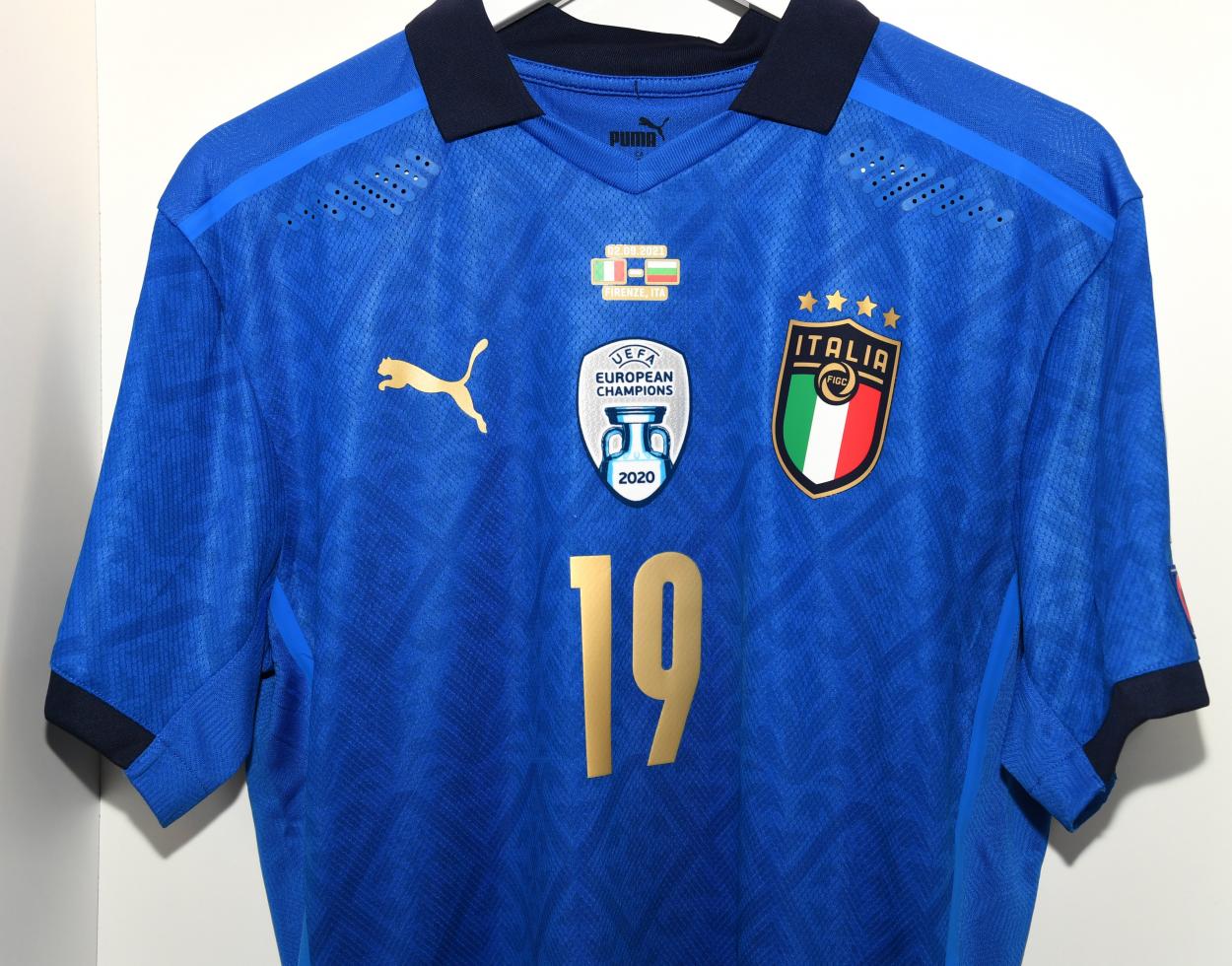 Do not miss a detail of the match with the live updates and commentaries of VAVEL. Follow along with us all the details, commentaries, analysis and lineups for this Italy vs Bulgaria match.
5:50 PM18 days ago

What time is Italy vs Bulgaria match for Qatar 2022 qualifying match?

This is the start time of the game Italy vs Bulgaria of 2nd September in several countries:

Atana Iliev is the center forward of the Bulgarian national team and will be the player to watch for this match, throughout his career he has played 12,567 minutes in which he has appeared 203 times in the starting lineup, he has also scored 86 times and assisted only 14 times throughout his career. He currently plays for Ascoli FC in the Italian second division, so he has a basic knowledge of the Azzurri style of play and could be the factor that tips the scales in Bulgaria's favor. 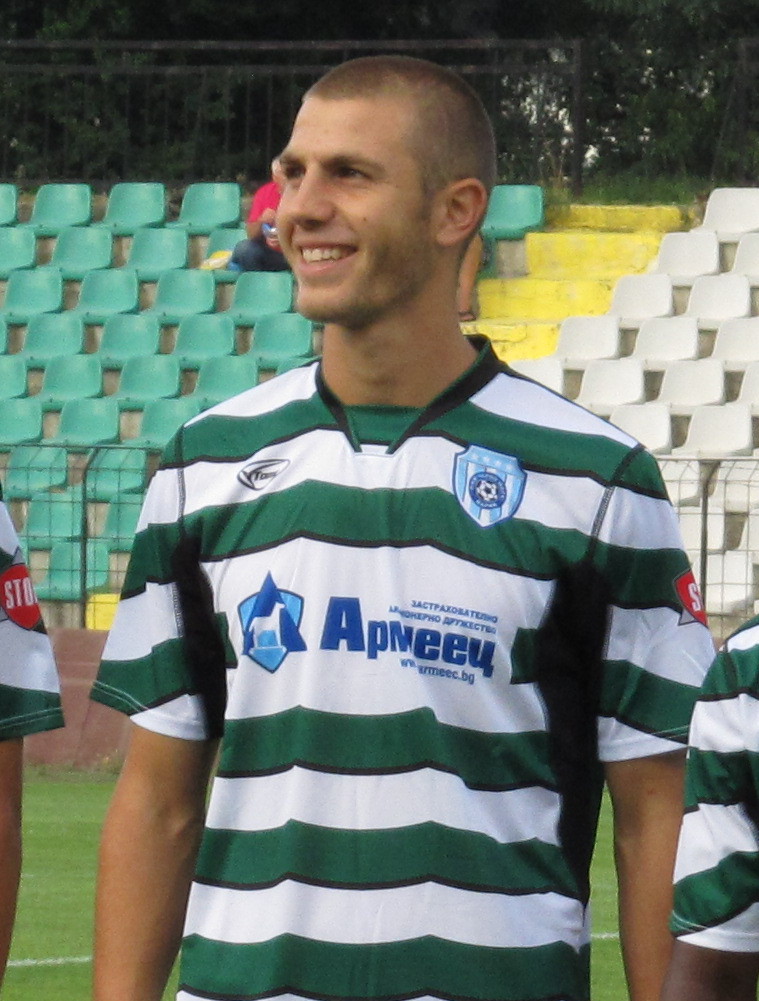 The historic Italian player and a worldwide reference in the defensive saga, Giorgio Chiellini will be the player to follow for this match, since his first call-up with the national team he has played 9, 422 minutes with the national team, in which he has appeared 112 times in the starting line-up, has scored 8 goals and has collaborated in 4 goals of the Azzurri squad. Likewise, he has 22 yellow cards and only 1 expulsion due to accumulation of yellow cards, the current Juventus central defender could become an impassable wall and tip the balance in Italy's favor. 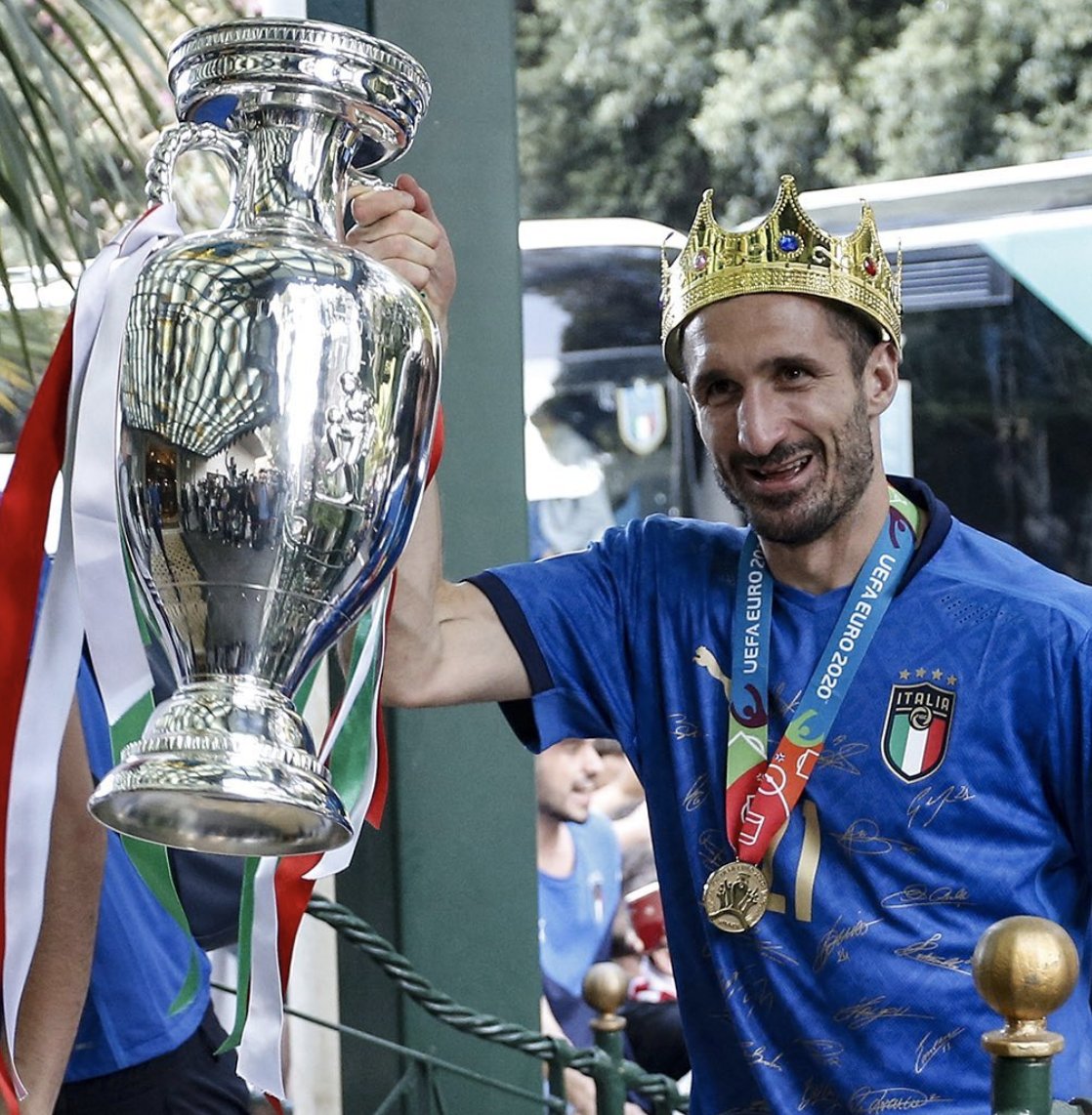 The two teams have met on a total of 20 occasions (2 wins for Bulgaria, 7 draws and 11 wins for Italy) where the scales have been tipped in favor of the Italians by a wide margin. Likewise, it is the Azzurri who also have the advantage in goal difference, having scored 35 times, while the Bulgarians have only broken the net 16 times. The last meeting between them dates back to March 28 of this year, when Roberto Mancini's team won by a score of two goals to zero. 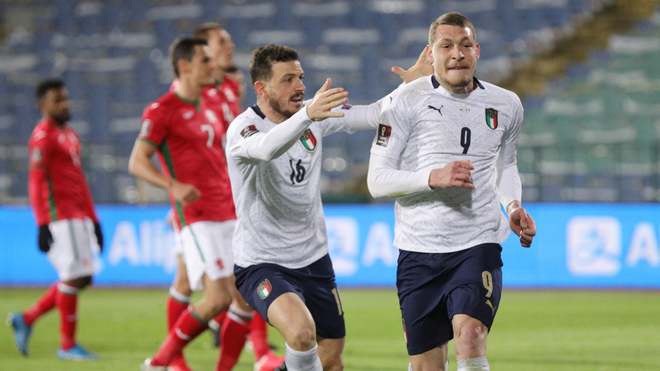 The Stadio Comunale Artemio Franchi (in Italian, Stadio Comunale Artemio Franchi) is a soccer stadium located in the Italian city of Florence, capital of Tuscany. It is the home stadium of Fiorentina. On occasions it has hosted matches of the Italian rugby team. The stadium, with a capacity of 47,300 spectators, has hosted matches of the 1934 World Cup, the 1960 Olympic Games soccer tournament and the 1968 European Championship. It was also designated by FIFA as one of the venues for the 1990 World Cup in Italy, so it was renovated and an athletics track was added.

In search of the feat

Contrary to the Italian team, in Bulgaria there is the concern of not achieving the goal of attending the greatest soccer competition, as they are in 4th place in Group C, only ahead of Lithuania, which has failed to score in the qualifiers. Also, one of the factors that will play against them is that the Bulgarians have 14 matches without defeat, the last time they won was on December 17, 2019 when they beat the Czech Republic by the minimum difference. 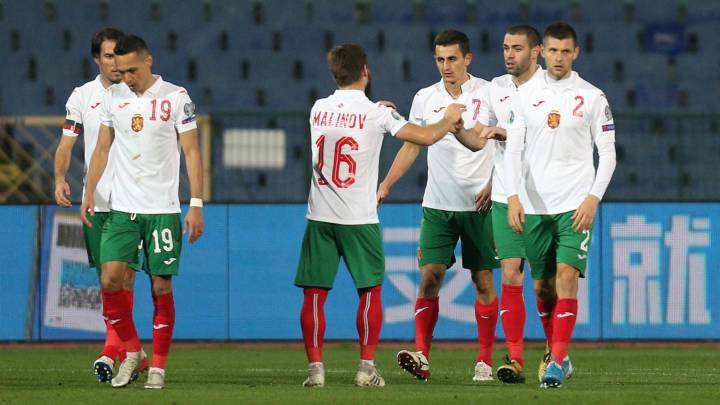 To consolidate the lead

The reigning European champions have already won their second European Championship trophy after being denied on several occasions. The Azzurri have already gone 34 matches without defeat and are currently leading their group with 9 points out of a possible 9. With just over a year to go until the next World Cup, everything seems to indicate that the representatives of the country of the boot will have a smooth qualifying round and will be present at the next major soccer event. 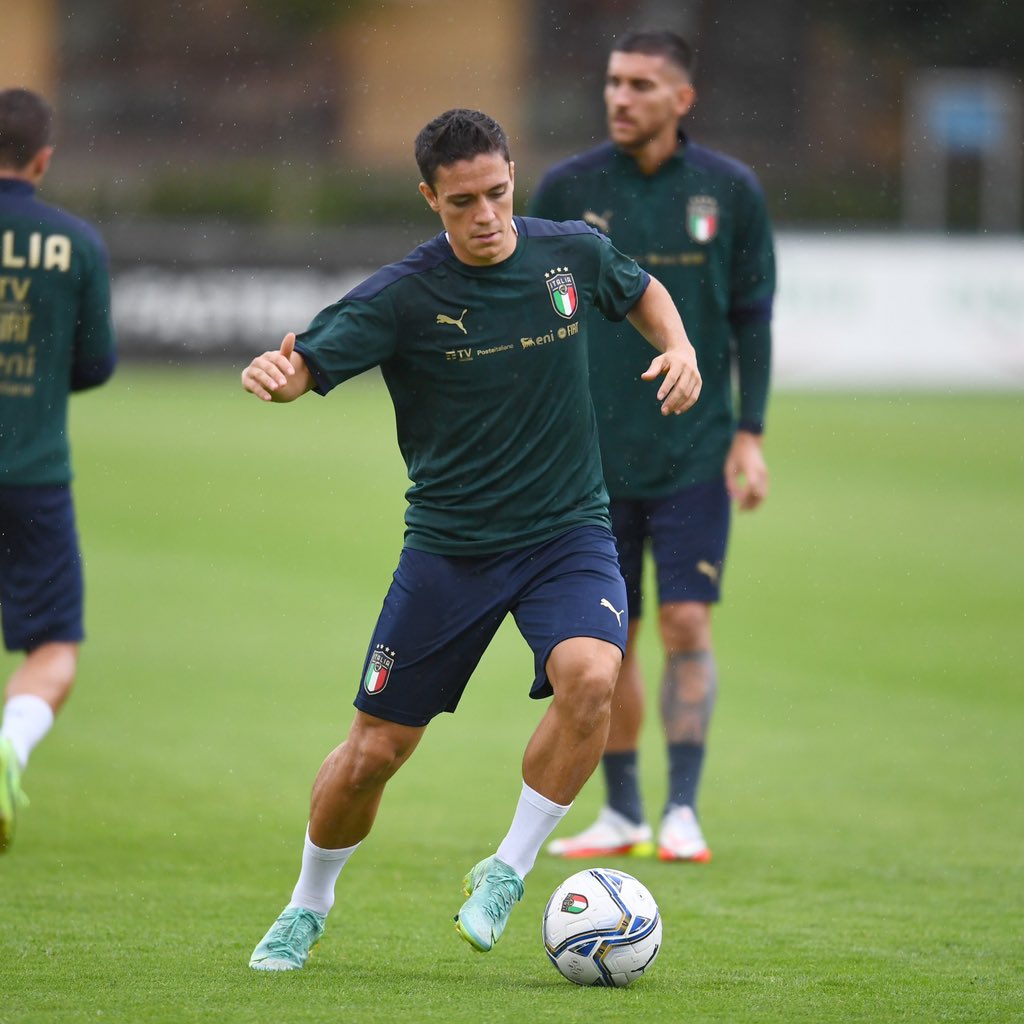 After a dream summer for the Azzurri national team with the arrival of its second European championship and boasting that they are still undefeated, the Italian team is back together again in search of returning to the highest soccer fair, after having been absent in Russia 2018. For its part, Bulgaria has been having problems for some time now, lost its qualification to Euro 2020 after losing against Hungary and today is second to last in Group C in the qualifiers for the World Cup in Qatar. Once again, the dream resumes for both teams, a win or a loss could make a big difference in the future, for Italy a win would mean consolidating the leadership, while for Bulgaria a breath of pure oxygen.
5:00 PM18 days ago

The Italy vs Bulgaria match will be played at The Artemio Franchi Stadium, in Florencia, Italy. The kick-off is scheduled at 14:45 pm ET.
4:55 PM18 days ago

Welcome to VAVEL.com’s LIVE coverage of the Qatar 2022 qualifying match: Italy vs Bulgaria!