It's over! Tapatio wins their first match of the tournament.
8:49 PM21 days ago

Angulo's header, but he misdirected it poorly and missed the equalizer.
8:45 PM21 days ago

Rangel made a good intervention to prevent Tepatitlán from taking the ball in their area.
8:41 PM21 days ago

Tepatitlán had a dangerous shot, but Rangel was attentive to keep the ball out.
8:40 PM21 days ago

Tapatío looked for the second, but Muñoz and his defense stopped every attempt.
8:37 PM21 days ago

Close! Tapatío came close to putting the ball into his own net, but Rangel was attentive to prevent the equalizer.
8:26 PM21 days ago

Double change for Tepatitlán. Tecpanécatl and Jorge Mora are replaced by Alexis Juárez and Víctor Guajardo.
8:21 PM21 days ago

Goalkeeper! Tecpanécatl's shot on goal, but Rangel covers the shot.
8:20 PM21 days ago

Dangerous shot by Rivera, but fails to hit the ball in the right direction.
8:14 PM21 days ago

Tepatitlán looked for Rangel's goal, but could not reach his area with danger.
8:04 PM21 days ago

Ramirez's cross that nobody reaches and misses a clear opportunity.
8:02 PM21 days ago

The second half begins in Guadalajara.
7:48 PM21 days ago

First half ends at the Akron, Tapatío goes to the dressing room with the lead.
7:43 PM21 days ago

Change of Tepatitlán. Said Castañeda comes out and José Ramírez comes in.
7:43 PM21 days ago

The players are back! The match restarts in the 42nd minute with less rain on the field.
6:44 PM21 days ago

Three minutes before the end of the match, the referee decides to suspend the match due to heavy rain in Guadalajara.
6:42 PM21 days ago

Benjamín Sánchez had the courage to shoot at Muñoz's goal, but the ball went wide.
6:40 PM21 days ago

Angulo passes to Tecpanécatl, who shoots, but the ball stays in Rangel's hands without any problems.
6:33 PM21 days ago

Good play by Magaña who reaches the back line, but the defense prevents the play from growing.
6:17 PM21 days ago

Tecpanecátl's shot ends up going wide of the goal.
6:14 PM21 days ago

Campillo denied Mora's pass that was looking for Rangel's area.
6:12 PM21 days ago

Goal... NOTHING! The referee disallows Tepatitlán's goal for offside.
6:04 PM21 days ago

The actions begin at the Akron Stadium for the sixth day of the competition.
5:58 PM21 days ago

Francisco Ramírez was in charge of Chivas' first team in the Apertura and Clausura 2009.
5:44 PM22 days ago

Both Tepatitlán and Tapatío players have arrived at the Akron, ready to play a new match in this competition.
5:39 PM22 days ago

Tepatitlán is the second best offense in the current season with 10 goals. It is important to note that Víctor Mañón leads the scoring charts with five goals.
5:34 PM22 days ago

Raúl Rangel has played all the minutes in the Apertura 2021, making him a key player for Alberto Coyote.
5:29 PM22 days ago

For Tepatitlán, Edson Rivera is the player to watch. The midfielder has played 4 games, accumulated 360 minutes, has 4 shots on goal and 6 recovered balls. 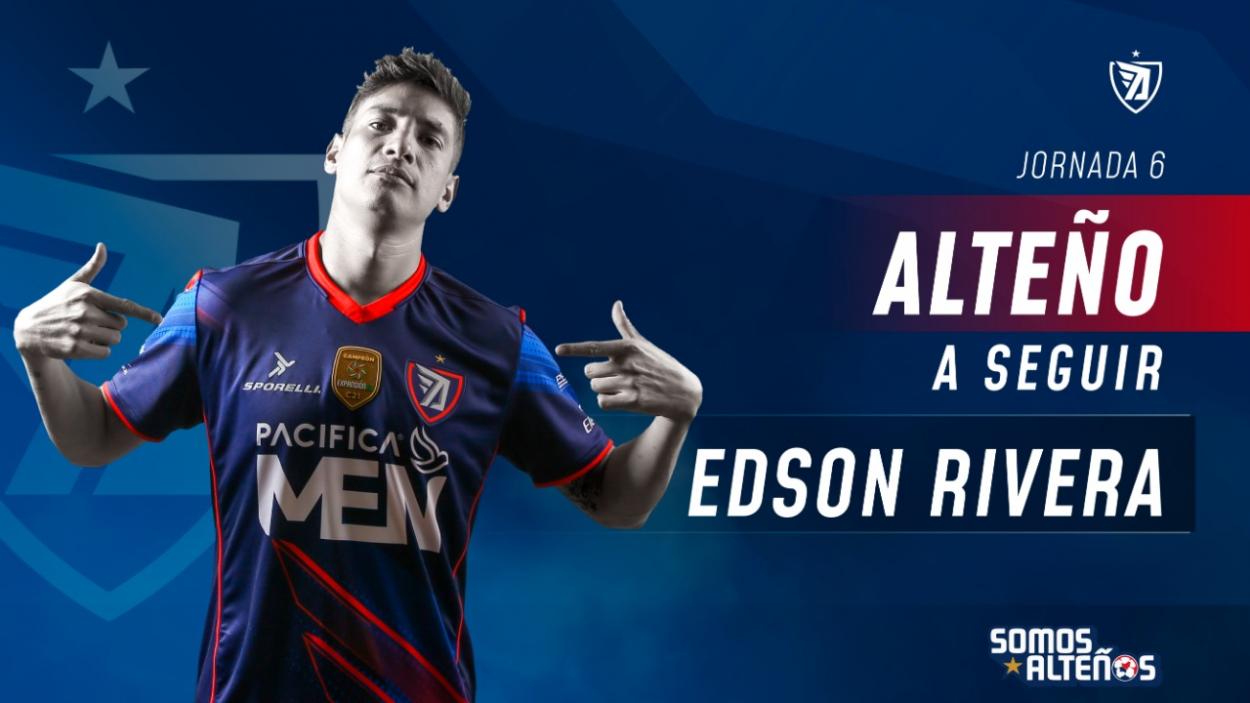 Last year Tapatío hosted Tampico, the Guard1anes 2020 champion, and defeated them by the narrowest of margins.
5:19 PM22 days ago

Stay tuned for the Tapatio vs Tepatitlan live stream.

In a few moments we will share with you the starting lineups for Tapatio vs Tepatitlan live, as well as the latest information from the Akron Stadium. Don't miss any details of the match with VAVEL's minute-by-minute live online coverage.
5:09 PM22 days ago

How to watch Tapatio vs Tepatitlan Live Stream on TV and Online?

If you want to watch the game Tapatio vs Tepatitlan live on TV, your options is: TUDN.

An excellent match is expected between both teams, since, although both are living quite different realities, both will be looking for a good result to keep on adding up.
4:59 PM22 days ago

Alberto Coyote gave his impressions after the one-goal draw against Tampico, a situation that is starting to cause concern: "There is a certain disappointment in the boys because they did their best to get the victory. In soccer, sometimes there is no justice. We have to move forward. They are gradually improving as the games go by."

"Work on the mental part. These are situations that will arise in their career. Now they are hurt, but comforted by what they have done. But it's a bitter taste."

"It's not a question of work on the field, but of concentration. It's part of their training, they gain experience."
"The start is very bad. I assume the part that corresponds to me. I don't want to look for excuses. We have incorporated players that allow us to train in shape. Little by little we are improving.

Francisco Ramírez spoke after the victory against Venados: "We solved this match, positive balance because we still have goals, we hope to have the foreigners soon, but that depends on the board of directors".

"The team looked better, we faced an opponent of great hierarchy, with great players, but we got a great win that allows us to work in a better way".

Tepatitlán has gone three games without defeat. After losing to Correcaminos in the first match, the team has defeated Mineros, Alebrijes and Venados, the latter with a score of two goals to zero. The current champion comes into this duel with a good streak and will be looking to continue adding three points. Tepatitlán is in fifth place with ten points. 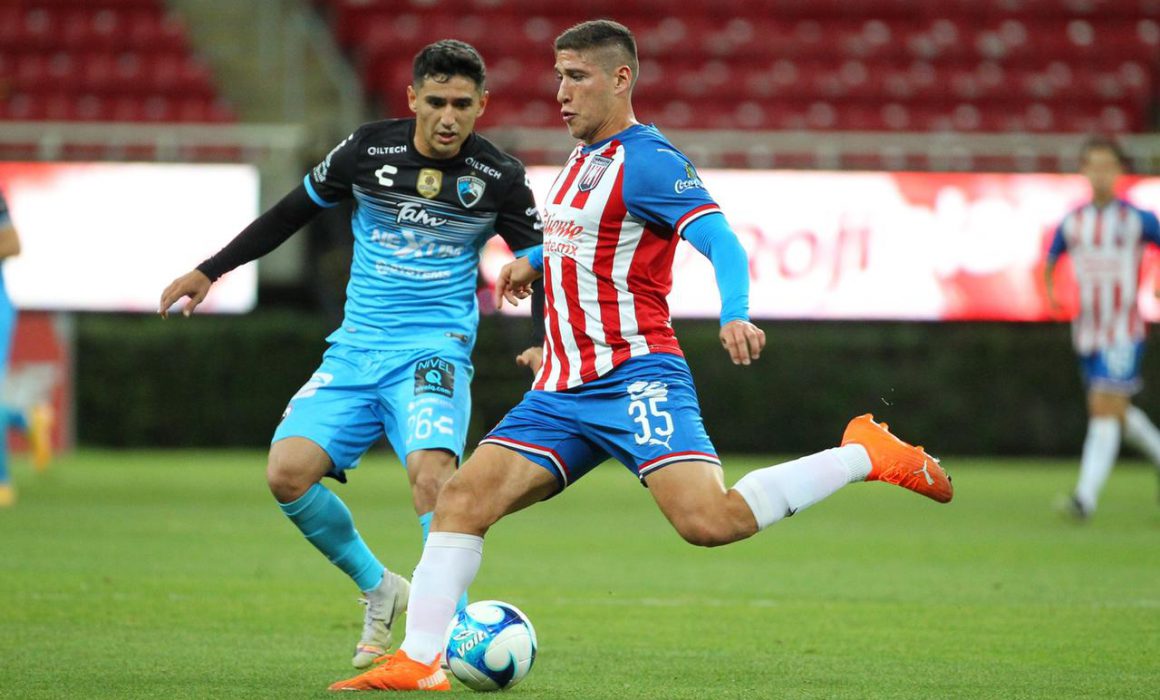 The game will be played at Akron Stadium.

The match of Tapatío vs Tepatitlán will be played at the Akron Stadium located in Guadalajara, Jalisco; with capacity for 46,355 people. It is possible that there will be a percentage of fans for this duel in the stadium, due to the pandemic that is affecting the country. 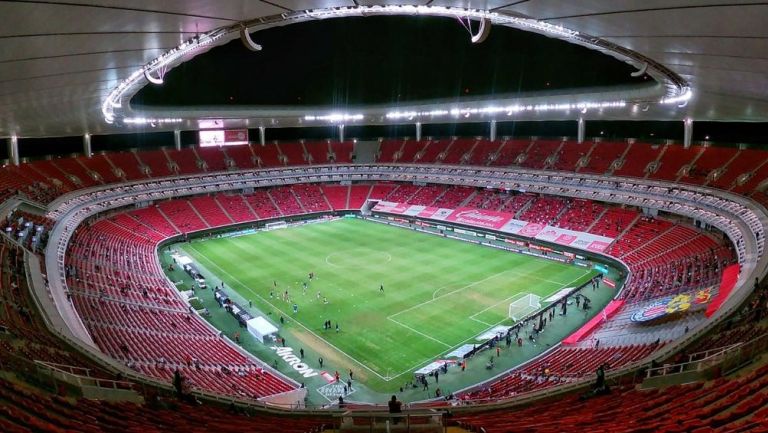 My name is Lore Solórzano and I’ll be your host for this game. We will provide you with pre-game analysis, score updates, and news as it happens live here on VAVEL. Don´t move and stay tuned to know the most important information of this match.

Chicago House AC vs Michigan Stars FC preview: How to watch, kick-off time, predicted lineups, and ones to watch 6 hours ago