It's over! The duel ends with Argentina dominating Venezuela.
9:59 PM23 days ago

Penalty! The referee signals a penalty on Soteldon and Venezuela has a chance to score.
9:55 PM23 days ago

VAR! The referee reviews a possible foul by Gómez on Soteldo inside the visitors' box.
9:50 PM23 days ago

Close! Messi sends in a right-footed shot, but Fariñez prevents his goal from falling.
9:47 PM23 days ago

Venezuela looks for the discount, Oscar Gonzalez seeks to generate danger, but Hurtado fails to hit the ball and is flagged offside.
9:40 PM23 days ago

Argentina's goal! The third arrived, after Lautaro shot into the area, Fariñez rejects the ball and it is left to Ángel Correa who does not hesitate to counter-attack.
9:36 PM23 days ago

Goal, goal, goal for Argentina! Joaquín Correa receives the ball, drives into the box and shoots into the goal for the second goal.
9:34 PM23 days ago

Double change from Venezuela. Jan Hurtado and Ronald Hernández are substituted by Josef Martínez and Alexander González.
9:27 PM23 days ago

Changes in Argentina. Ángel and Joaquín Correa are substituted by Ángel Di María and Lo Celso.
9:22 PM23 days ago

Messi tries to shoot at goal, but Martinez prevents this from happening with an excellent sweep.
9:19 PM23 days ago

The ball is back in play for the second half of the game
8:53 PM23 days ago

The first half ends with Argentina on top and Venezuela down a man.
8:52 PM23 days ago

Argentina's goal! Lautaro Martinez appeared inside the area alone and shot into the goal of Fariñez scoring the first.
8:47 PM23 days ago

Di María's shot that was closing, the goalkeeper ends up taking out the ball.
8:39 PM23 days ago

He's leaving! After a strong tackle on Lionel Messi, Martinez leaves the match.
8:35 PM23 days ago

VAR! The referee will review a strong tackle on Messi by Martínez.
8:34 PM23 days ago

Close Argentina! Lo Celso's shot is saved by the goalkeeper and Venezuela's defense.
8:29 PM23 days ago

Change in Venezuela. Adrián Martínez is substituted in place of José Velázquez who leaves on a stretcher.
8:23 PM23 days ago

Shot on goal by Yosef Martinez but no direction.
8:19 PM23 days ago

Eric Ramirez takes a shot at goal, but the ball goes harmlessly wide.
8:16 PM23 days ago

Close! Pass from Lautaro, Messi shoots, but the ball goes over the goal.
8:07 PM23 days ago

Ángel Di María tries to send a pass to Messi, but the defense prevents him from passing the ball.
8:04 PM23 days ago

Actions begin in Venezuela, a great duel is expected tonight.
7:59 PM23 days ago

Venezuela also arrives at home, ready to look for a victory against Argentina in this stage of the qualifying round.
7:38 PM23 days ago

With Scaloni and Lionel Messi at the helm, the Argentine national team has arrived at the venue where another day of the qualifiers for Qatar 2022 will be played.
7:34 PM23 days ago

The only time Venezuela has beaten Argentina was on October 11, 2011, when Fernando Amorebieta sent a header into the Argentine goal, which gave the Vinotinto the victory.
7:31 PM23 days ago

There have been 20 official matches between these two teams; Argentina has won 17 times, two matches have been ties and only one victory for Venezuela. The first duel took place in 1986 and ended with a score of 3-2 with a victory for Argentina.
7:15 PM23 days ago

This is how the building where Venezuela and Argentina will play this match in the qualifiers for Qatar 2022 looks like. 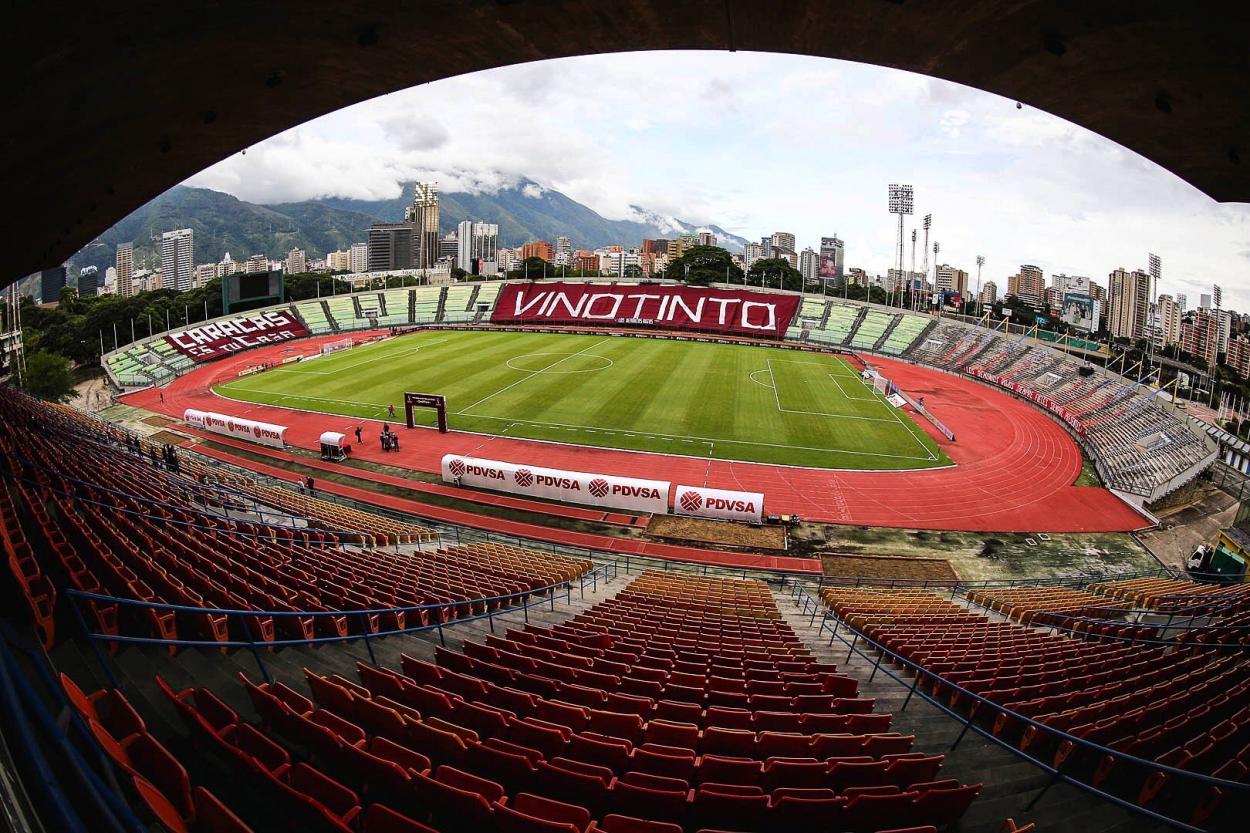 Lionel Messi is one goal away from tying Pelé in goals scored for Argentina. The striker has 76 goals and tonight he will try to tie Pelé as the top scorer in the history of national teams in CONMEBOL. 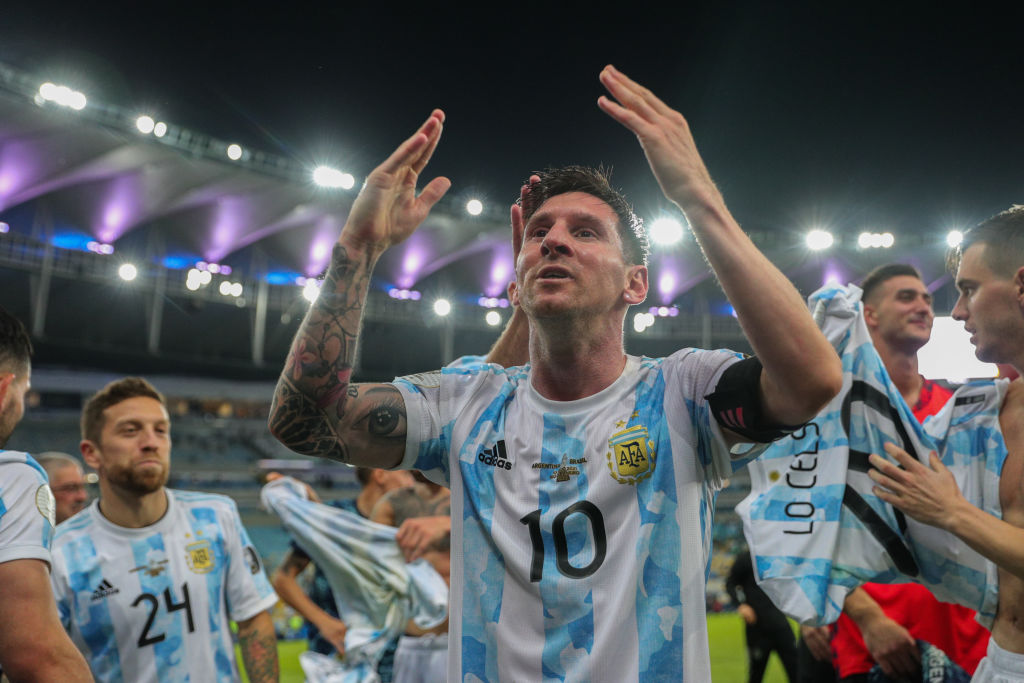 Stay tuned for the Venezuela vs. Argentina live stream

In a few moments we will share with you the starting lineups for Venezuela vs Argentina live, as well as the latest information from the Polideportivo de Pueblo Nuevo. Don't miss any details of the match with VAVEL's minute-by-minute live online coverage.
7:00 PM23 days ago

How to watch Venezuela vs Argentina Live Stream on TV and Online?

If you want to watch the game Venezuela vs Argentina live on TV, your options is: Sky.

Prior to this match, Lionel Scaloni spoke to the media: "I am not going to confirm the team yet because we just had our first training session yesterday. We talked to most of the players to see how they are physically. It won't change much from the last match of the cup final".
"I want to emphasize the predisposition of our players for wanting to be there. It's a step forward that this national team has taken. With respect to the clubs, we have never had any refusal. We talked and came to the conclusion that they had to come".
"Now a new challenge begins. All the teams will want to beat the champion. We need to get points and have a good qualifying round". 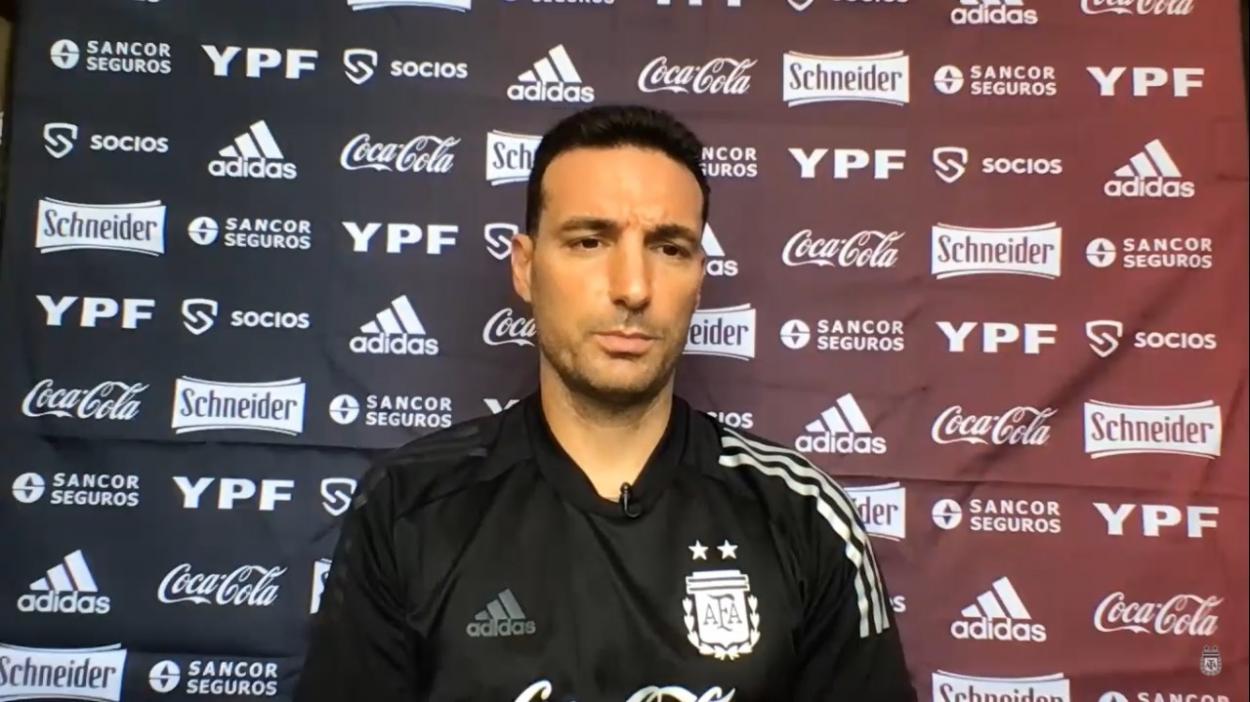 Leonardo González, interim technical director of the Vinotinto spoke before the match: "The idea is to have a team that can generate scoring chances, that somehow has the ball and in that way bring out the advantage of having such fast and skillful players up front".
"We need this team to be able to attack more, to be lively, to bring out that hunger for the game, that individual technique, that individual richness from the middle up. We will try to make them go out and have fun with responsibility and give their all on the pitch."
"In these last 10 games the last six or seven goals that have been scored against us have come from set pieces. We are trying to get the players to be more focused, with some plays we are working on, we will try to hurt the opponent as well." 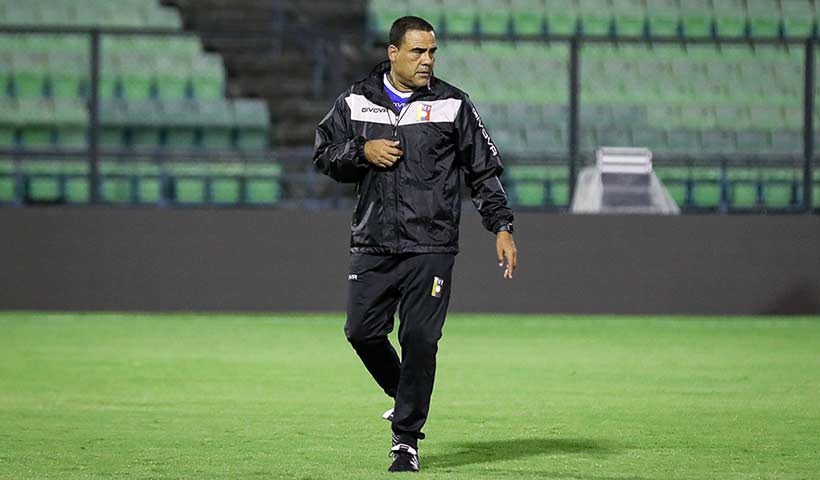 Venezuela did not advance beyond the group stage in the Copa América, a situation that led to the resignation of José Peseiro, which resulted in Leonardo González being appointed as interim coach of the Vinotinto. In the qualifying rounds, Venezuela will be looking for three points, as it has only 4 points, placing it in second to last place in the table. 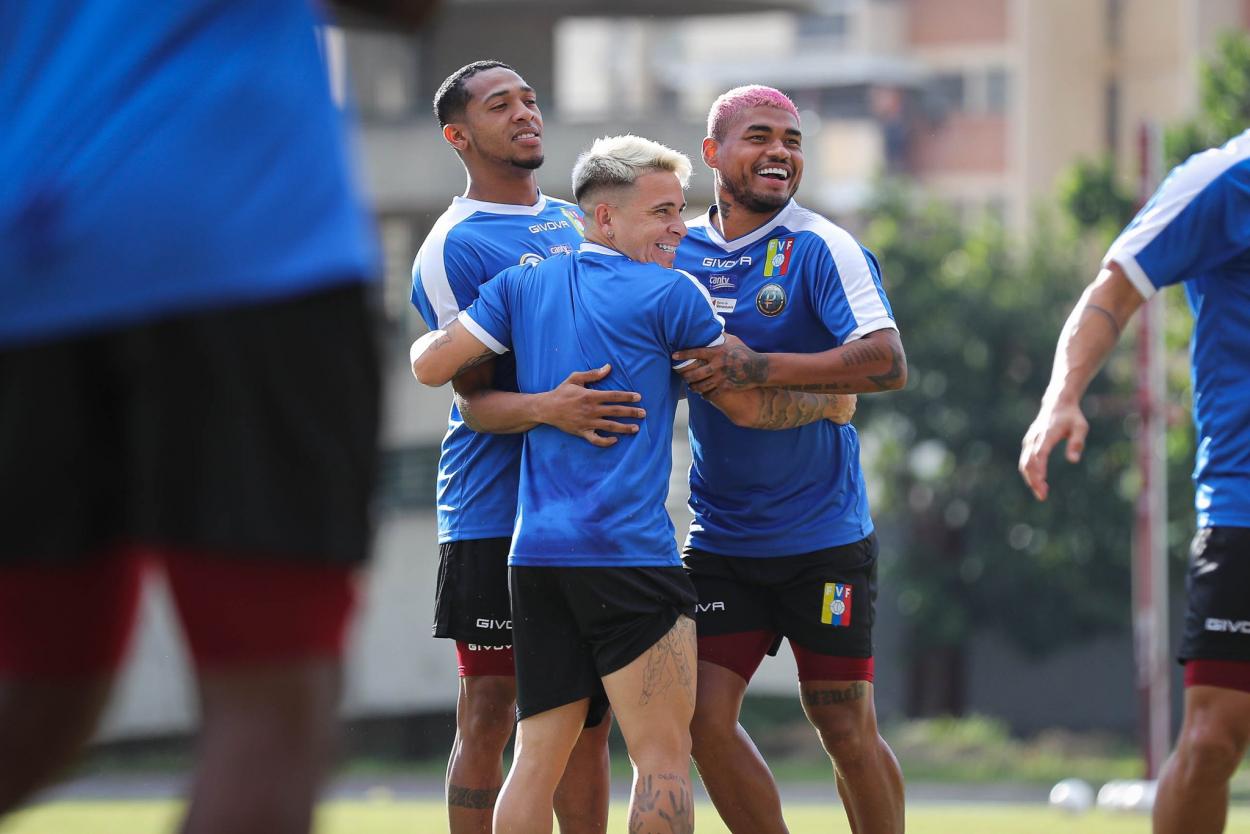 Argentina comes to this duel after having won the Copa America against Brazil, so they are in a good mood. On the other hand, they are in second place in the qualifiers, with 12 points from 6 matches played. They will also count on Dibu Martínez, Cuti Romero, Giovani Lo Celso and Emiliano Buendía, players from the Premiere League. 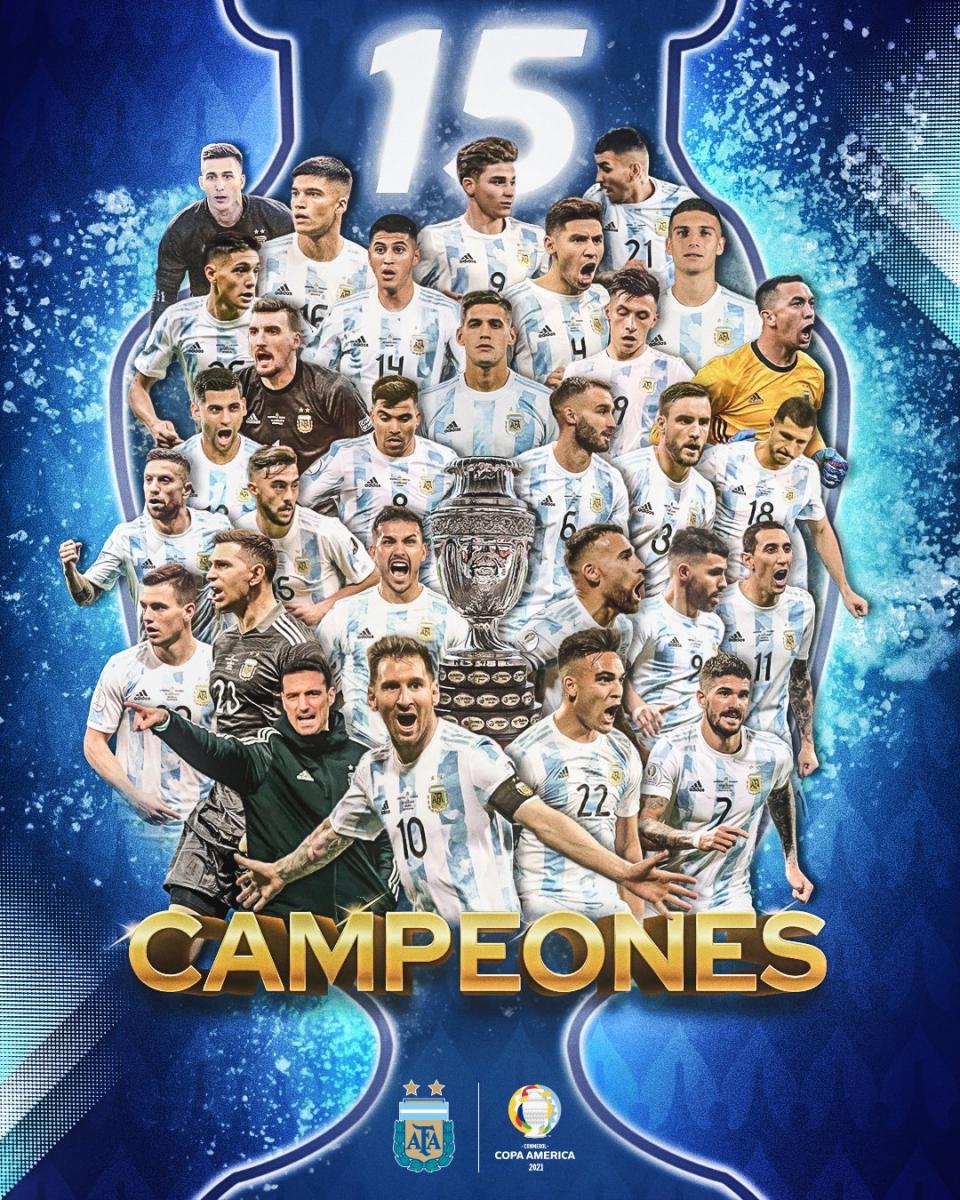 The match will be played at the Polideportivo of Pueblo Nuevo

The Venezuela vs Argentina match will be played at the Polideportivo de Pueblo Nuevo located in San Cristobal, Venezuela; with capacity for 38,755 people.
6:30 PM23 days ago