Thank you for following the Conmebol playoffs between Paraguay and Argentina. See you next time.
8:51 PM10 months ago

Guest did not arrive

Although it seemed that in the first minutes the game would open up, the reality is that the guest did not arrive and Argentina and Paraguay shared points in this qualifying round.
8:46 PM10 months ago

In comes Escobar and Balbuena

Almirón is replaced by Romero.

Carlos González with a shot that goes over the top of the goal.
8:21 PM10 months ago

Gómez was looking for the angle and Silva made a spectacular save.
8:16 PM10 months ago

Guido Rodriguez's header from a corner kick goes into the hands of Silva.
8:11 PM10 months ago

A filtered service for Álvarez that Silva comes out to hold the ball.
8:06 PM10 months ago

In: González and Sánchez

Rodriguez and Gomez come in.

De Paul's shot from outside the area was blocked by Silva with some trouble.
7:41 PM10 months ago

Correa's free kick to the far post was deflected by the defense and sent over the top.
7:31 PM10 months ago

Almirón with the shot when he entered the area and now the star player was Martínez, who prevented the fall of his goal.
7:21 PM10 months ago

De Paul's cross from across the area failed to find the target.
7:16 PM10 months ago

The second half begins between Paraguay and Argentina.
7:11 PM10 months ago

Messi's cross was blocked by the Paraguayan defense and an offensive foul was called.
6:56 PM10 months ago

An easy cross that reaches the hands of Martinez.
6:51 PM10 months ago

Argentina continues to dominate the game, but Paraguay has closed spaces and the scoring plays have not fallen.
6:46 PM10 months ago

He brings down De Paul on the edge of the area and there will be a free kick for Argentina.
6:36 PM10 months ago

Correa with the cross and Di María cannot push it inside the small area before the defensive intervention.
6:31 PM10 months ago

Correa's shot, which Silva manages to get his hand to the ball and saves his goal when it seemed to be the first one.
6:26 PM10 months ago

No VAR review of a handball in the area claimed by Paraguay in their favor.
6:21 PM10 months ago

Arzamendia's long-range shot forced Martinez to dive to save his goal.
6:16 PM10 months ago

A filtered pass to Correa, but Silva comes out before him to keep the ball.
6:11 PM10 months ago

Quickly after a minute Lo Celso's mid-range shot was saved by the goalkeeper.
6:06 PM10 months ago

The game between Paraguay and Argentina begins.
6:01 PM10 months ago

The national anthems of Argentina and Paraguay are played prior to the game.
5:56 PM10 months ago

We are minutes away from the start of the game between Paraguay and Argentina in the CONMEBOL qualifiers.
5:51 PM10 months ago

There will be support

The fans know how important it is for Paraguay to get the victory this afternoon and have made their presence felt at the Defensores del Chaco Stadium.

Ángel Romero is Paraguay's top scorer so far in the qualifiers with four goals, while Lionel Messi is the top scorer for the Albiceleste with five goals.
5:41 PM10 months ago

There has been much discussion about the possibility of holding World Cups every two years, and Argentina's technical director, Lionel Scaloni, has already raised his voice and confessed that he would support this new proposal:

"I think the format is positive in terms of wear and tear, and in terms of entertainment, logically for the people it would be great, we would see a World Cup every two years," he commented.

Argentina, led by its captain Lionel Messi and current Copa América champion, arrived at the Defensores del Chaco Stadium with the objective of retaining its undefeated record. 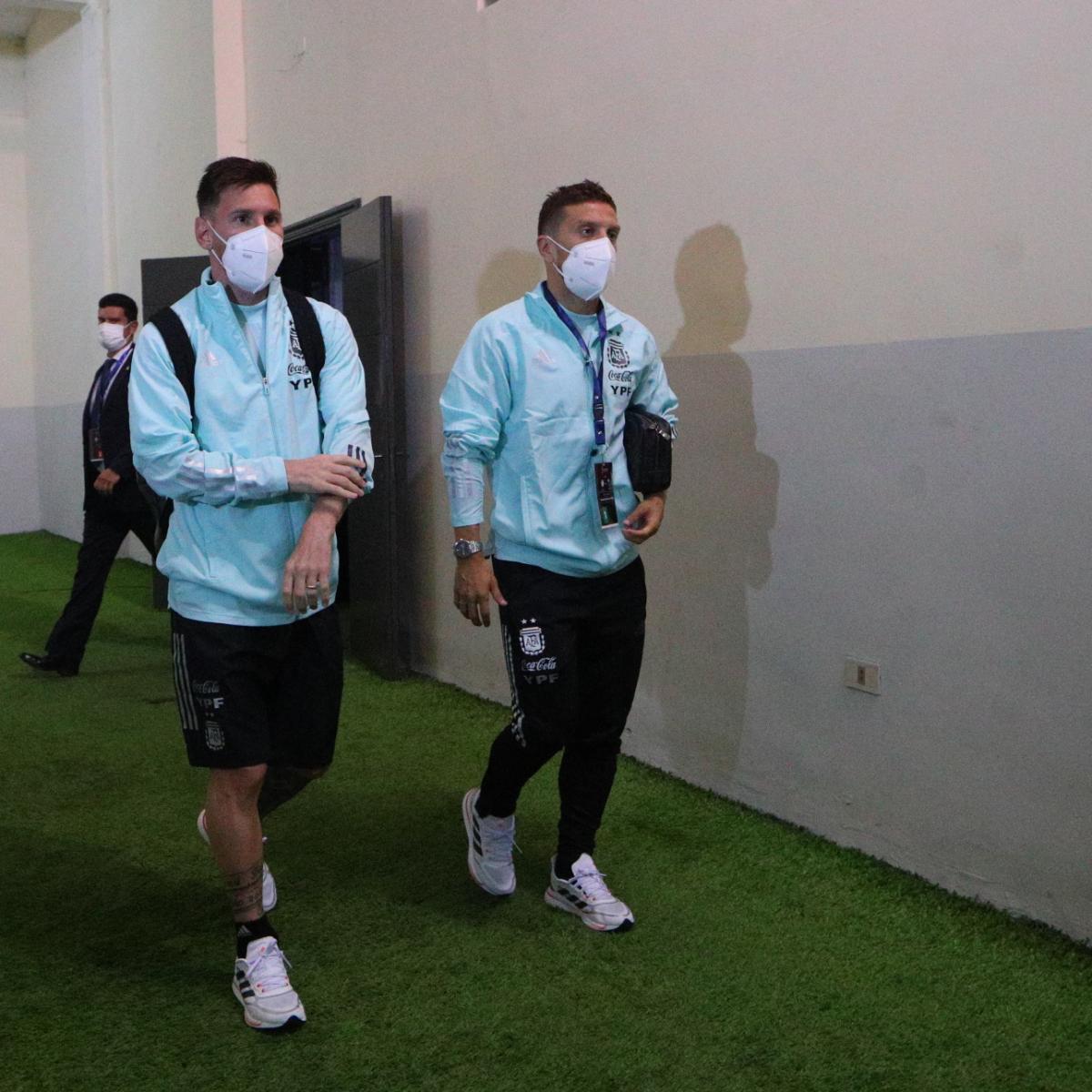 This will be Paraguay's third consecutive game at home, where it tied Colombia 1-1 and then defeated Venezuela 2-1.
5:06 PM10 months ago

Argentina's last game was at home and they thrashed Bolivia 3-0 with a hat-trick from Lionel Messi, who recently declared that one of his best decisions was joining PSG.
5:01 PM10 months ago

Paraguay and Argentina open Thursday's intense activity in the South American qualifiers, where both need a win to get closer to their respective goals. We begin with the coverage of the game.
4:56 PM10 months ago

Do not miss a detail of the match with the live updates and commentaries of VAVEL. Follow along with us all the details, commentaries, analysis and lineups for this Paraguay vs Argentina match in Qatar 2022 World Cup Qualifiers.
4:51 PM10 months ago

What time is Paraguay vs Argentina match for Qatar 2022 World Cup Qualifiers?

This is the start time of the game Paraguay vs Argentina of 7th October in several countries:

The series has been very even and with very few goals in the last five meetings, with one win per side and three draws, highlighting that in 2015 was the last time that any team (Argentina won 6-1) exceeded the amount of one goal.

It is worth remembering that the last time the Albiceleste played ended with a 3-0 thrashing against Bolivia, where the three goals of the match were scored by Lionel Messi, who has not been quite fine with his new club PSG, but with his national team he is more than plugged in, especially after winning the Copa America in Brazil. 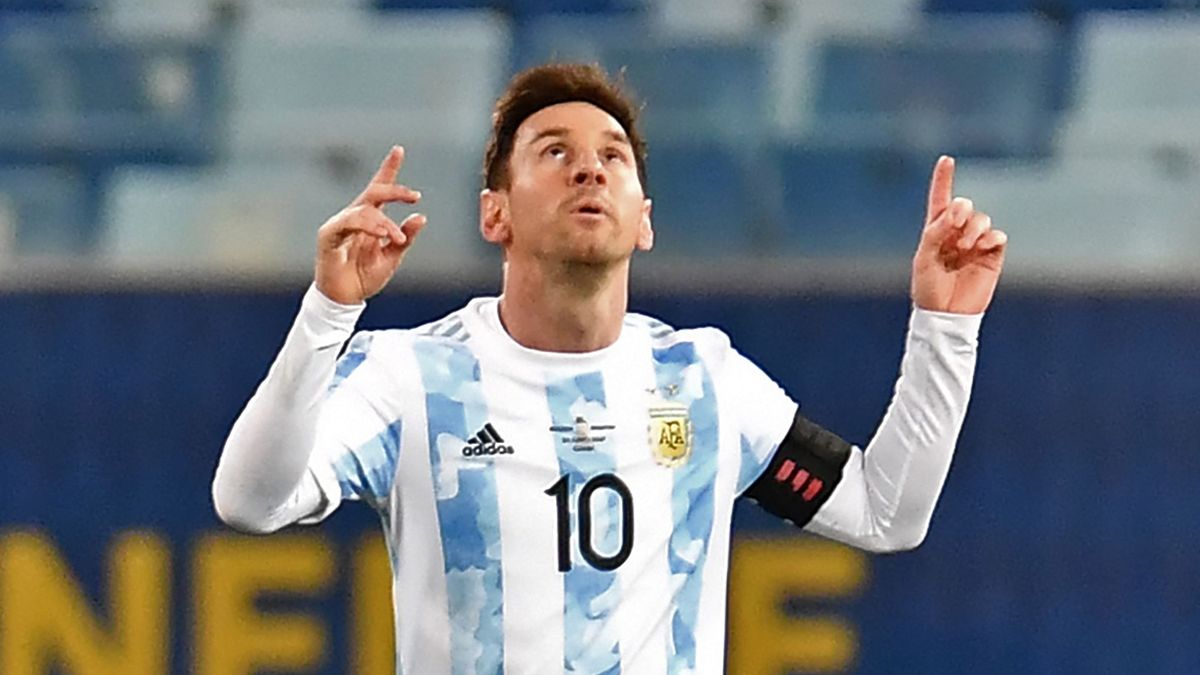 With a very busy afternoon ahead, the saves and leadership of Puebla's goalkeeper Anthony Silva could keep his team alive for a good result at home. 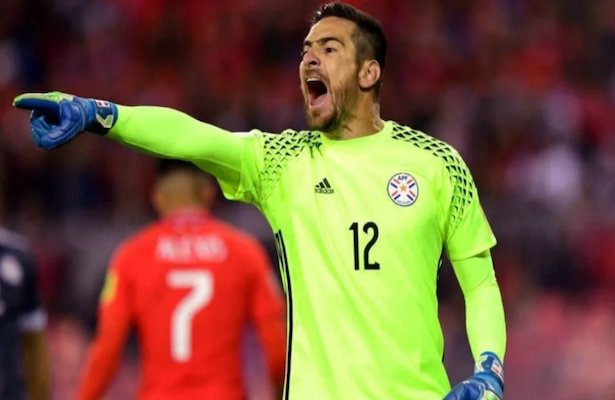 Argentina: keeping up a steady pace

Pending the resolution of the points from the suspended game against Brazil, Argentina is in second place with 18 points and it seems that they will have no major problems to qualify directly to the World Cup, so they are favorites to win. In their last game they defeated Bolivia 3-0 at home.
4:16 PM10 months ago

Paraguay's problem throughout these qualifiers has been the excess of draws, with five in nine games, which is why they are in sixth position with 11 points and need a victory to continue fighting, at least, in the re-qualification places; in their most recent game they beat Venezuela 2-1.
4:11 PM10 months ago

The Paraguay vs Argentina match will be played at the Defensores del Chaco Stadium, in Asuncion, Paraguay. The kick-off is scheduled at 7 pm ET.
4:06 PM10 months ago