Thank you for following the Santos Laguna vs. Toluca Liga MX Date 15 telecast.
9:07 PMa month ago

They missed the victory

When it seemed that Toluca had everything they needed to win, they lost on the last play and continue their winless streak, just like Santos Laguna.
9:02 PMa month ago

Aguirre powerfully defined inside the box to rescue the equalizer.

The goalkeeper's poor start and Vanegas on the line avoids the second.
8:47 PMa month ago

Castañeda has been cautioned.
8:42 PMa month ago

A delayed diagonal shot that Castañeda sends over the top of the goal.
8:37 PMa month ago

Omar Campos hooks a shot that is saved by the goalkeeper.
8:27 PMa month ago

Alexis Canelo scores past the goalkeeper and the Diablos turn the score around.

Aguirre's header hits the base of the post.
8:02 PMa month ago

Castañeda with a mid-range shot that goes wide.
7:42 PMa month ago

Santos' left-footed shot from outside the area goes wide.
7:32 PMa month ago

Lopez's service reaches Lajud with no problem.
7:27 PMa month ago

Raúl López with a right-footed shot that Lajud saves from the angle and avoids the equalizer.
7:22 PMa month ago

Chavez had the first, but Lajud with his hand save his goal.
7:17 PMa month ago

Vanegas is cautioned for cutting off the play.
7:12 PMa month ago

Long shot by Cervantes to the goalkeeper's location.
6:57 PMa month ago

A possible penalty was reviewed in the VAR for a handball by a Toluca defender, but the referee did not sanction anything and limited himself to a bounce to the ground.
6:37 PMa month ago

Diego Rigonato has been cautioned.
6:32 PMa month ago

Da Cruz defines in Gutiérrez's exit after Gorriarán's pass in the counter-attack play. 1-0.

Chávez's shot is saved by the goalkeeper.
6:22 PMa month ago

Torres' shot from a set piece goes over the top of the goal.
6:17 PMa month ago

Aguirre gains position inside the area, but his header goes over the top of the goal.
6:07 PMa month ago

Aguirre's service inside the six-yard box and Torres Nilo has to do all he can to burst the ball.
5:57 PMa month ago

Preciado in a one-on-one situation could not score the goal against Gutiérrez's save.
5:47 PMa month ago

Samudio takes a bad step and is left lying on the field.
5:42 PMa month ago

Gonzalez anticipates at the near post, but the ball goes over the top of the goal.
5:37 PMa month ago

Aguirre was sent a through ball, but Gutiérrez took the ball away from him and disarmed the play.
5:32 PMa month ago

Preciado is brought down just outside the area and Santos is awarded a direct free kick.
5:27 PMa month ago

The match between Santos and Toluca kicks off at the TSM Corona.
5:22 PMa month ago

Santos and Toluca are currently taking the field under Liga MX protocol.
5:17 PMa month ago

Hernán Cristante will not be able to sit on the bench after being sent off in the match against Rayos del Necaxa.
5:12 PMa month ago

Santos Laguna announced a few moments ago that midfielder Carrillo will miss the remaining matches of the regular season.

"Midfielder Jordan Carrillo suffered a grade 2 muscle injury in the rectus femoris of the right leg, with an estimated recovery time of 3 to 4 weeks," the club reported on its social networks.

Toluca is now warming up with the objective of getting back to winning ways.

There will be support

After several consecutive visits, Santos Laguna will have the support of their fans against a team they have defeated at home. 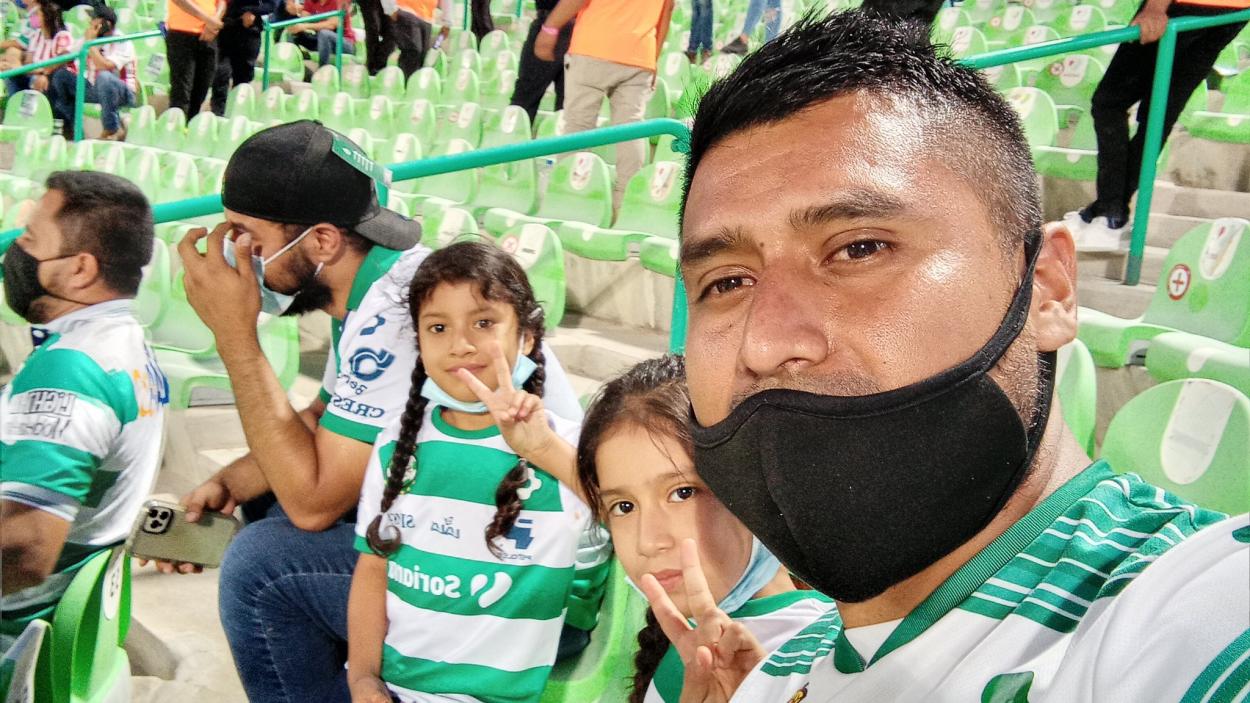 What happens if Santos wins?

Santos is currently out of the re-qualification zone with just 16 points, but with a win this afternoon they could climb to ninth place, with a game still to play.
4:32 PMa month ago

What happens if Toluca wins?

If Toluca manages to get back to winning ways, it would move into second place with 25 points, depending on what happens with Atlas, who will play at the same time at home against San Luis.
4:27 PMa month ago

The duel of good versus evil with two teams in need of victory. Santos will face Toluca and we begin our coverage of the Liga MX game.
4:22 PMa month ago

Do not miss a detail of the match with the live updates and commentaries of VAVEL. Follow along with us all the details, commentaries, analysis and lineups for this Santos Laguna vs Toluca match in Liga MX.
4:17 PMa month ago

What time is Santos Laguna vs Toluca match for Liga MX?

This is the start time of the game Santos Laguna vs Toluca of 24th October in several countries:

The advantage in the last five meetings favors the Guerreros with a record of three wins to one draw and one loss on any field.

Despite his age, Rubens Sambueza is still one of the best in the team from midfield forward and is even the scorer of the scarlets with four goals, so his presence on the field cannot go unnoticed by the opposing defense. 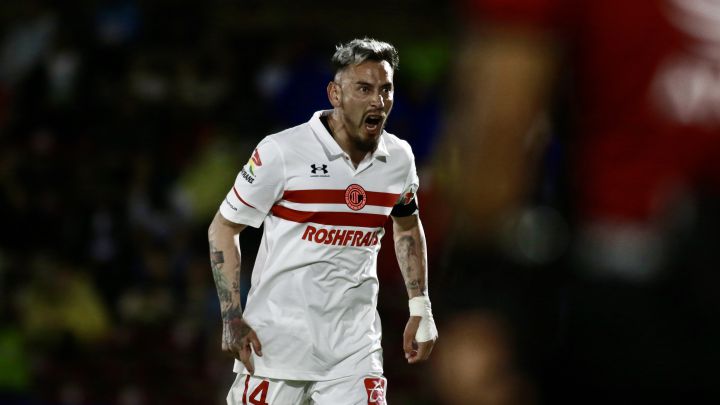 Fernando Gorriarán has become the heart and soul of the team in the midfield, with a good ball recovery, but also participating in the creative zone; in addition, he is the penalty taker and he scored the goal against América. 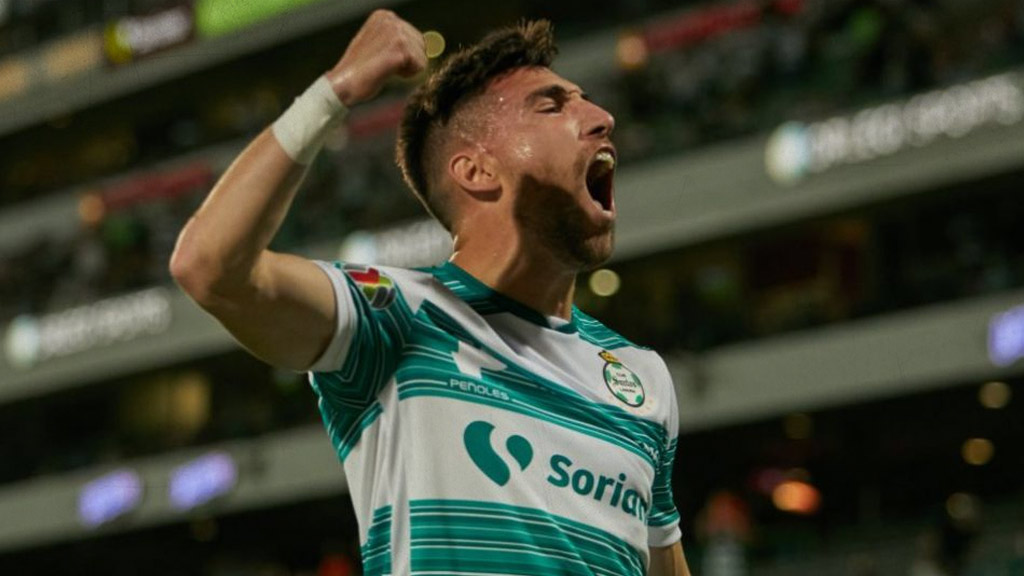 Toluca: not to drop out of the top four

Similarly, the Toluca Devils have fallen into a negative streak of results but, despite this, they started this date within the top four of the championship and a victory will help them to consolidate in that zone; on Wednesday they could not take advantage of their locality and drew 1-1 against Necaxa where Haret Ortega and their coach, Hernán Cristante, were expelled.
3:42 PMa month ago

Guillermo Almada, Santos' coach, indicated after the game against América that his team is suffering from many lapses of concentration that are costing them dearly, although he said he was confident that they will qualify for the playoffs, remembering that they have a game pending against Pumas of the UNAM.

"Concentration and attention. They competed against us, they threw crosses, they came through the middle. It has happened in every match. We let points slip away and we have to keep correcting, concentrate more on every detail. We are missing goals", he stated.

Santos Laguna's fall has been evident and they have not won for six weeks, which is why they are no longer in the re-qualification zone; in this double matchday they tied 1-1 against Pachuca at the last minute and against América they lost 2-1 at the Azteca Stadium (Diego Valdez was sent off), so they return home in search of staying alive for the end of the championship.
3:32 PMa month ago

The Santos Laguna vs Toluca match will be played at the TSM Corona Stadium, in Torreon, Mexico. The kick-off is scheduled at 8:06 pm ET.
3:27 PMa month ago

Welcome to VAVEL.com’s LIVE coverage of the 2021 Liga MX: Santos Laguna vs Toluca!