ALA0
END8 hours ago

We hope you enjoyed the UEFA Europa League matchday four telecast of Genk vs West Ham. Keep checking back on VAVEL.COM for updates throughout the day.
2:42 PM2 months ago

Genk split points with West Ham from Belgium. The Hammers remain unbeaten in the current competition.
2:31 PM2 months ago

Things are tied, Genk gets the equalizer after an own goal by Soucked and there is life for the locals.

Benhrama scores his doplete and is setting up the winning goal for the hammers.

LAST 10 MINUTES OF THE MATCH! The match begins to descend into delirium, Genk and West Ham equalize at the moment.
2:13 PM2 months ago

WEST HAM COME CLOSE TO TURNING IT AROUND! Coufal received the rebound from the goalkeeper after a great save, but the Hammers' right-back missed the target and sent the ball just wide of the far post.
2:03 PM2 months ago

Benhrama ties the score after receiving a delayed cross from Coufal on the far right of the field.

Gerardo Arteaga tried to send in a dangerous low cross from the left flank, but the Hammers' defense intercepted the ball and kept possession.
1:55 PM2 months ago

Masuaku puts in a dangerous cross that is met by Antonio, but he misses the target and the Genk defense clears.
1:50 PM2 months ago

Genk are leading at the moment, however, West Ham could score the equalizer at any moment.
1:34 PM2 months ago

The first 45 minutes are over in Belgium, Genk beat West Ham so far by the minimum.
1:27 PM2 months ago

Masaku headed in the penalty spot, however, the ball came out too loose and the chance was missed.
1:19 PM2 months ago

AREOLA AGAIN! Heynen fired a right-footed shot from outside the box to score the second goal of the night, but Areola was once again on hand to keep the score level.
1:14 PM2 months ago

West Ham came again, but Benhrama made a good save.
1:07 PM2 months ago

WEST HAM NEARS A GOAL! Antonio gets in a dangerous shot on the edge of the area, but his shot goes just wide of the goal.
1:00 PM2 months ago

Strong tackle by Dany Rice who gets a yellow card. Indirect free kick for Genk.
12:58 PM2 months ago

West Ham almost equalized after a close-range effort from Benhrama, but the home keeper made a great save to keep the clean sheet.
12:54 PM2 months ago

WEST HAM SAVED! Areola makes a sensational save to keep out Genk's second goal after a great shot from Sadic.
12:50 PM2 months ago

Goal scored by Paintsil after a great counter-attack by the home team. Genk are now on top of the scoreboard.

The ball is rolling out of Belgium as Genk and West Ham battle it out for three golden points.
12:35 PM2 months ago

IN A FEW MOMENTS WE WILL BEGIN!

In a couple of minutes we will start broadcasting the match: Genk vs West Ham, match corresponding to matchday 4 of the group stage of the UEFA Europa League.
12:25 PM2 months ago

Hammers goalkeeper Areola is already on the pitch warming up before kick-off and will be looking to keep a clean sheet today! 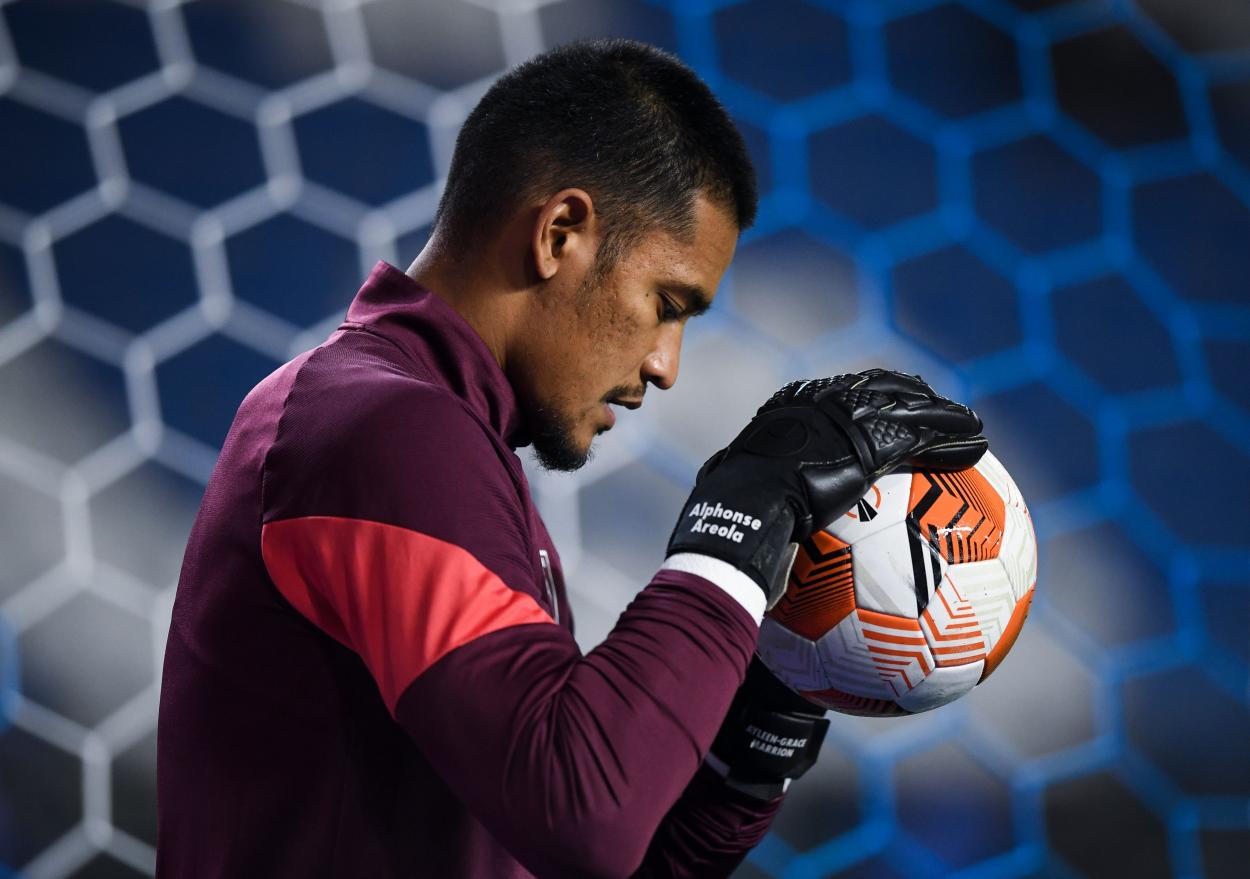 How is Genk coming along?

Genk is, right now, the last classified of the group with 3 points from 3 matches played, 1 goal scored and 6 conceded, 1 win and 2 defeats.

The Belgians started the group stage with a win in Austria against Rapid Vienna, 1-0, with a solitary goal by Paul Onuachu in stoppage time.

However, on the second matchday they were stunned at home by the Croatian Dinamo Zagreb, 0-3, showing that the team would have a lot of work to do to ensure qualification for the next stage.

This became even clearer when on matchday three they went to London to lose yet again, 3-0 again, to West Ham, who will now be their away opponents.

In the league, Genk are in seventh place with 20 points from 13 matches, 27 goals scored and 22 conceded.

After conceding another 0-3 defeat at home to Gent in the league, they beat Waregem, 6-2, on the last matchday, after having also beaten Saint Eloois, 6-0, in the Belgian Cup.

How is West Ham coming along?

West Ham is the outstanding leader of Group H with 9 points obtained in 3 matches played, only with victories and with 7 goals scored and no goals conceded.

The English team has been demonstrating in the Europa League the excellent league that it has been doing also in the First League, proving that it is one of the potential candidates to win the competition.

The Londoners started their participation in the group stage with a 2-0 win in Croatia against Dinamo Zagreb, then defeated at home the Austrians Rapid Vienna, 2-0, and closed the group with a 3-0 win against Genk.

Despite sometimes playing with a second line, the team shows to have a high quality squad capable of facing the various competitions in which the team is inserted.

The Luminus Arena (formerly called Cristal Arena and Fenix Stadion), is a soccer stadium located in the city of Genk, Belgium, was inaugurated in 1988 and has a capacity of 24,956 people, its home team is the KRC Genk of the Belgian First Division.

The Belgium National Team played in this stadium two matches in 2009, a friendly against Slovenia and game for the 2010 World Cup qualifiers against Bosnia-Herzegovina, which they lost 2-4.

In 2016 the name was changed from "Cristal Arena" to "Luminus Arena", named after the stadium's new sponsor, the Belgian electricity company EDF-Luminus. 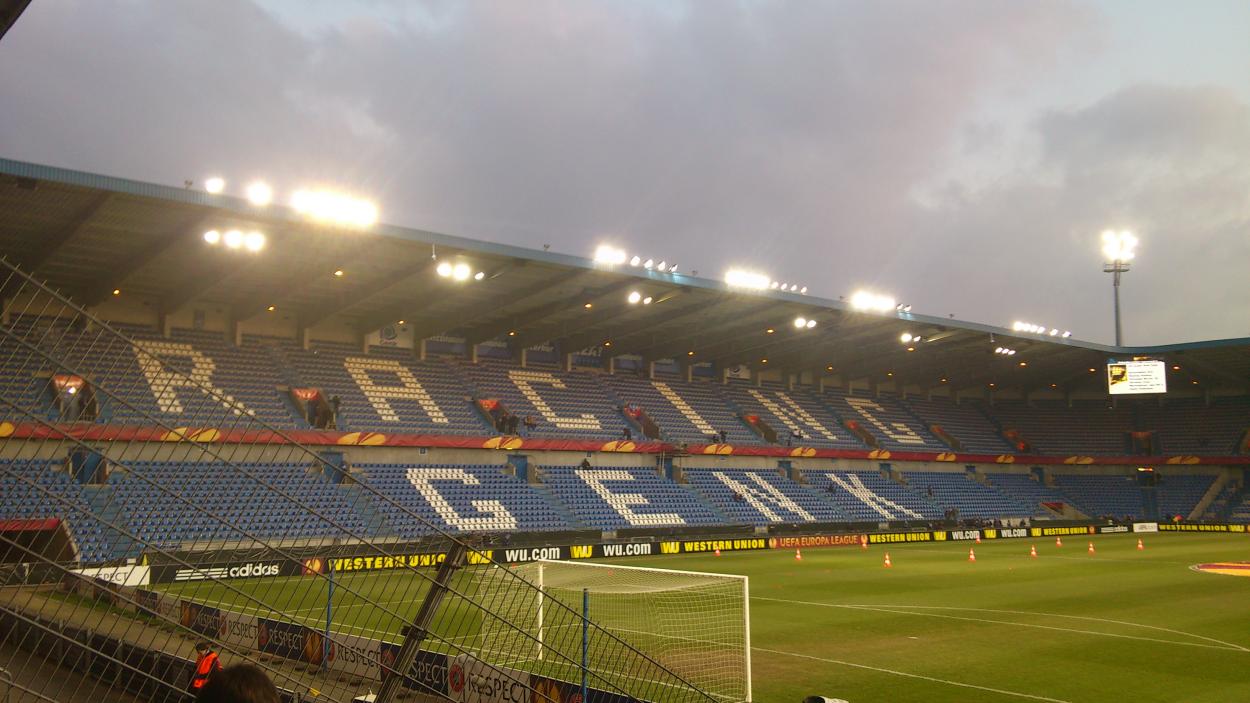 THE WORDS OF THE MAN OF HONOR!

These were David Moyes' statements prior to his 1000th match.

Personally, it’s a big day. All managers who start would like to get to 1,000 games but rarely get there. It’s a big achievement, it is, and I think all managers would be proud of it. It shows longevity and consistency in the game and I’ll be proud to get there.

I had my 999th game against Aston Villa and it was another one which will always stay in my memory and thankfully I won that one.

David Moyes will today complete 1000 games as D.T., congratulations to the boss!

After leading West Ham United to a record points and wins record in the Premier League last season, the manager has guided the Hammers on a record eight-game unbeaten run away from home in the top flight.

Now, Moyes is looking for another milestone, as the Hammers could become the first English club in UEFA Europa League history to win their first four group stage games without conceding a goal. 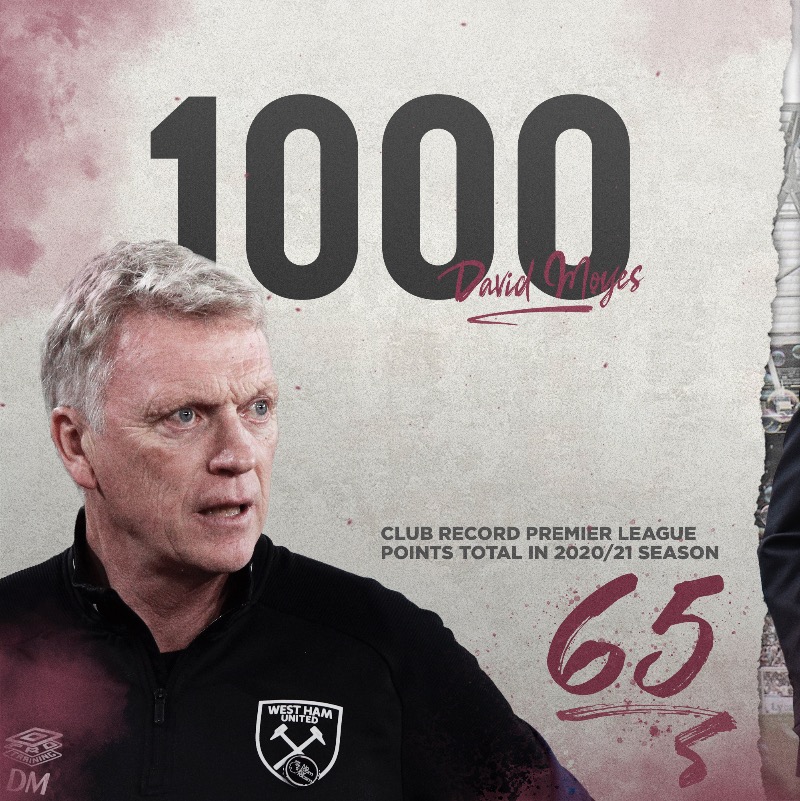 The home side is ready!

The home side know that they have to hold on to victory today, so Genk are not holding anything back and are going all out for the win. 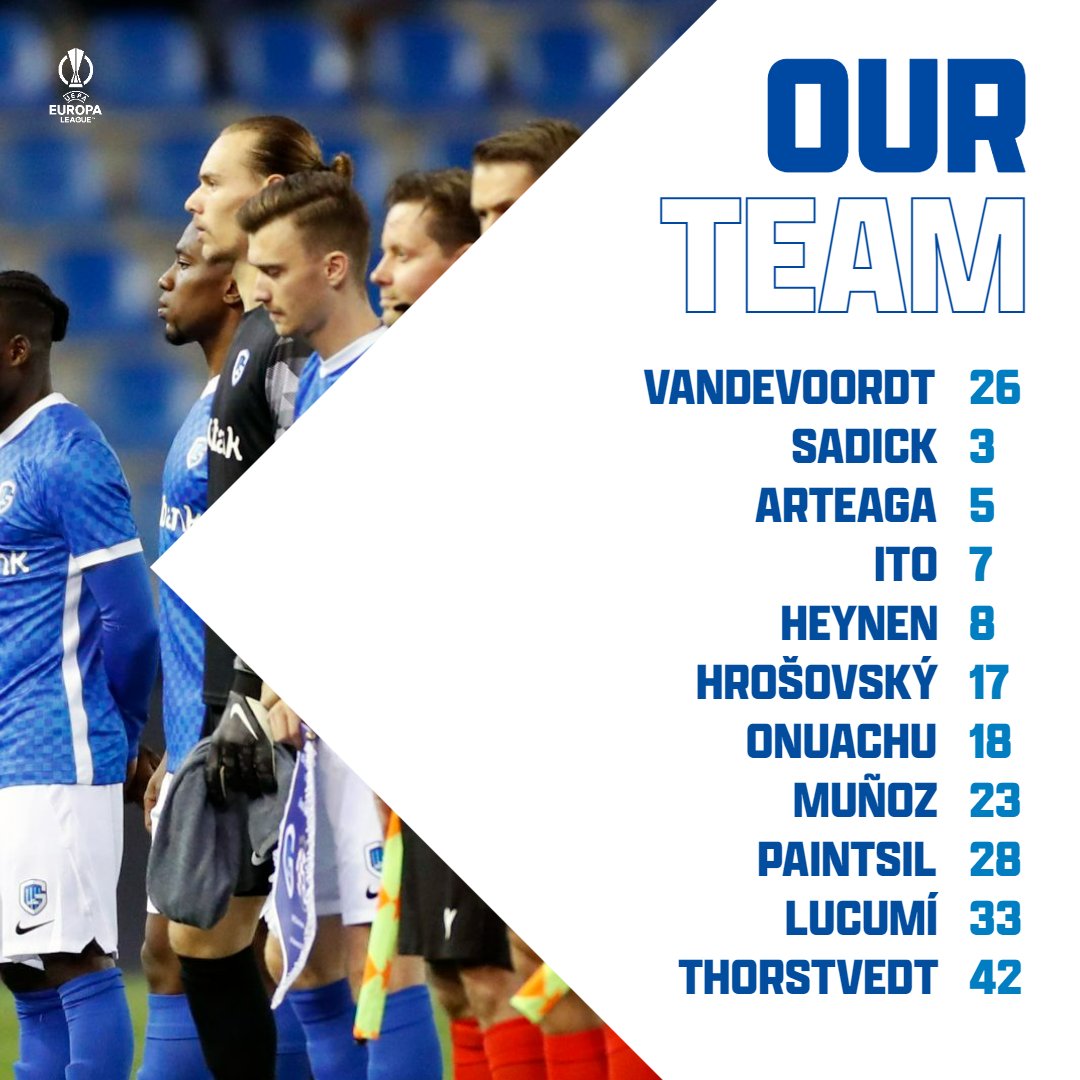 This is how the Hammers will take the field to qualify for the next round. 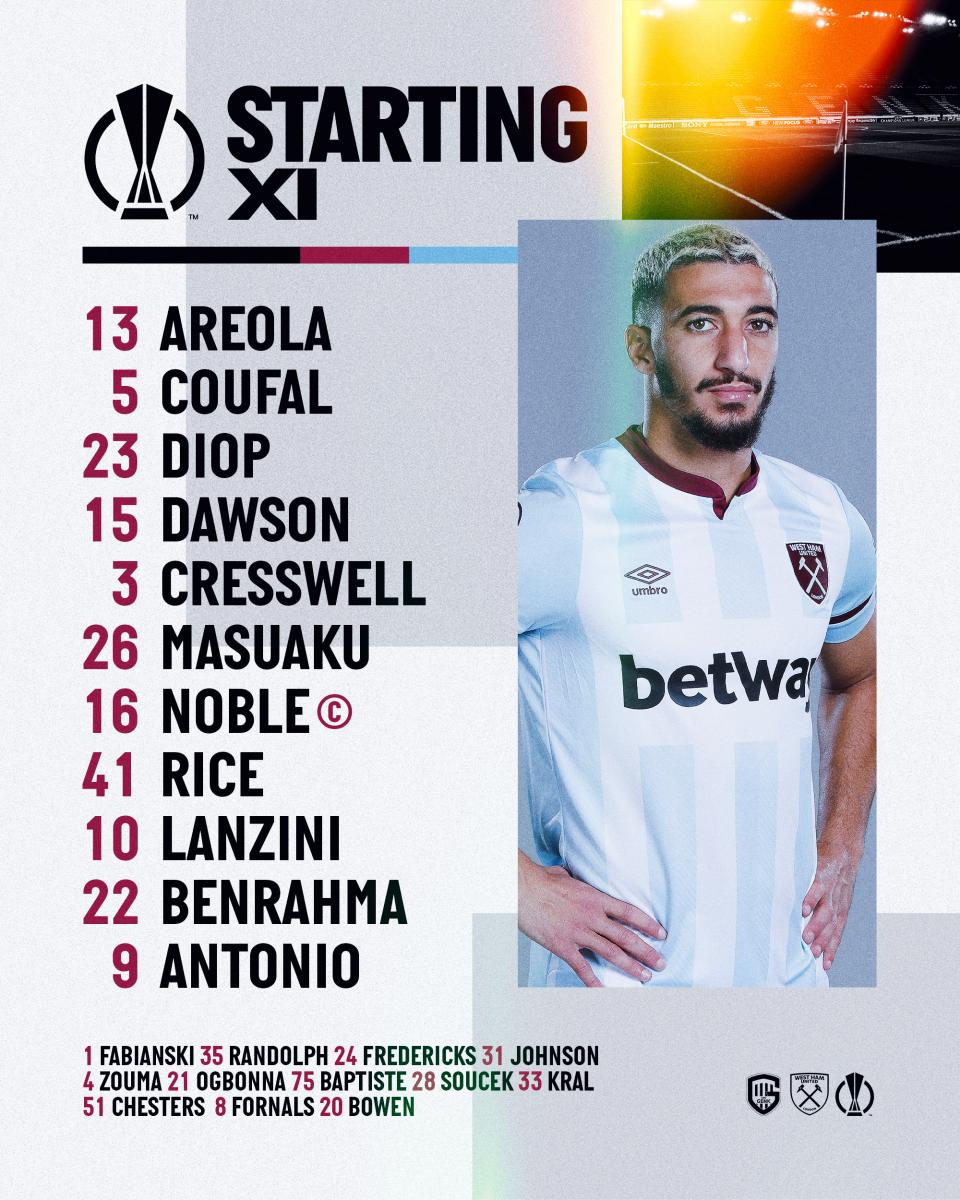 The wait is over, today the activities between Genk and West Ham resume today in the UEFA Europa League. The home side are desperate for points to keep their chances of advancing to the next round, on the other hand, the Hammers are at their best and still undefeated in the competition; if they get the win, they could secure their qualification to the next round today.
2:00 PM3 months ago

Do not miss a detail of the match with the live updates and commentaries of VAVEL. Follow along with us all the details, commentaries, analysis and lineups for this Genk vs West Ham match.
1:55 PM3 months ago

What time is Genk vs West Ham match for UEFA Europa League match?

This is the start time of the game Genk vs West Ham of 4th November in several countries:

Tomas Soucek has become one of the fundamental pieces that the Hammers have, the center midfielder or pivot has gone from strength to strength since his arrival in the Premier League being an undisputed starter and increasing his value in the transfer market. At the moment he has 5,680 minutes played with West Ham, 66 times he has appeared in the starting lineup and has scored 14 times, he also has two assists so far this season. 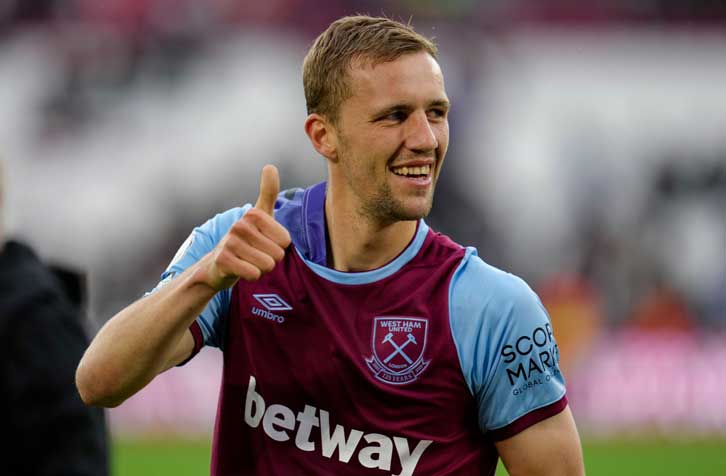 Watch out for this Genk player:

From Mexico to the whole world, formed in the youth academy of Santos Laguna and one of the jewels with more projection in national team, Gerardo Arteaga, will be the player to follow for this match. The Mexican, signed in 2020 by Genk, has so far accumulated 3,838 minutes played with the Belgian team, 47 appearances in the starting lineup, 3 goals with the blue jersey and 6 assists. He has also recorded 6 yellow cards but has never seen the red card so far, the Mexican could be the one who balances the balance in favor of Genk and give them the victory their team needs so much. 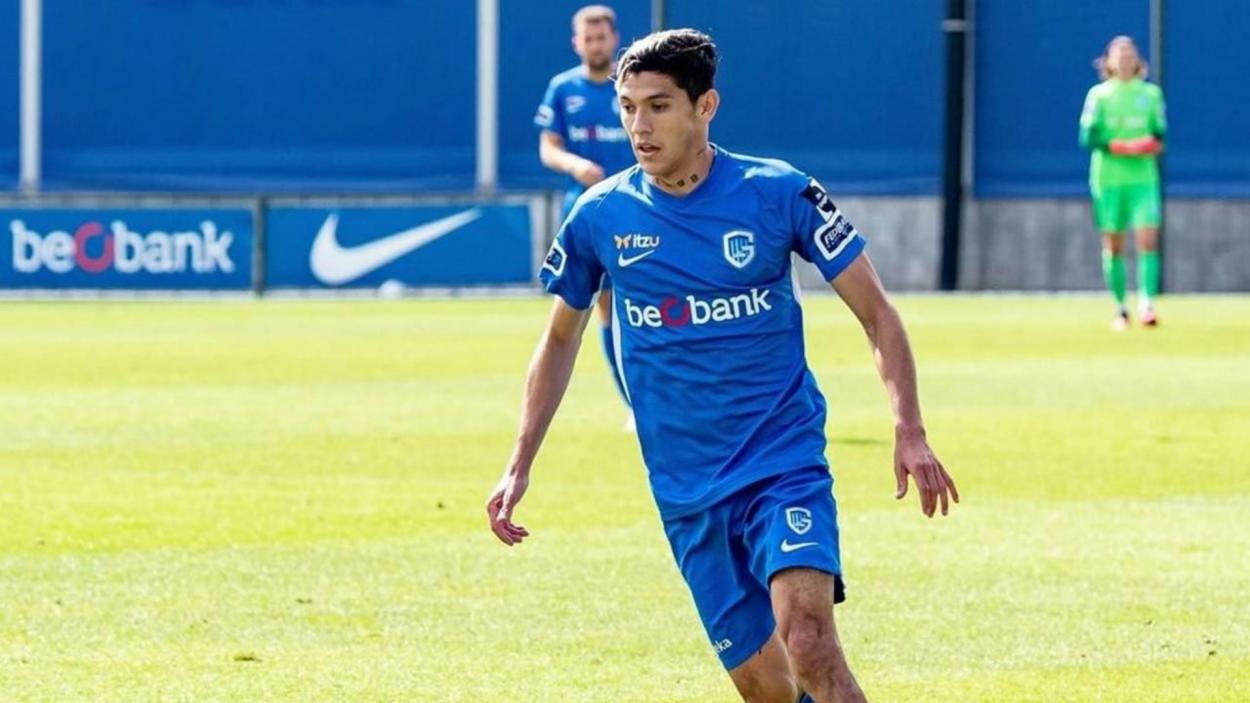 For this match, Craig Pawson will be the central referee, he will be accompanied by Ian Hussin and Scott Ledger as the assistants 1 and 2 respectively, finally, Michael Salisbury will serve as the fourth referee. In the VAR, referees Michael Oliver and Dan Cook will be in charge of monitoring any dubious play inside the box or that merits a red card.
1:20 PM3 months ago

The Hammers are living one of their best moments so far this season, for starters, they are coming from a victory against Manchester City in the round of 16 of the Carabao Cup, also, at the weekend they beat Aston Villa in the Premier League and in the Europa League they are undefeated and group leaders with 9 points. Likewise, they currently have 7 goals scored and no goals conceded so if they win, the Hammers would be in the next round of the Europa League.
1:15 PM3 months ago

The Genk team is in trouble that could end in their elimination from the current UEFA Europa League, for starters, they are at the bottom of Group H with only three points, which have come from one win and two defeats in the first round. Likewise, they have only scored 1 goal and have allowed 5 goals to be conceded, resulting in a goal difference of -5. Should they fail to beat West Ham, the Belgian team would be signing their sentence and would be almost completely eliminated from the competition.
1:10 PM3 months ago

All great moments began in a dream and there are only a few lucky ones who can boast in their lives that they once got to hold Europe in their arms and were named "princes of Europe". Once again, the dreams of 48 teams seeking to engrave their name in eternal glory begin, but to do so, they will have to overcome a long road full of obstacles to reach the main event, Seville, and have the honor of being crowned as the new champions of the old continent. In Group "H", West Ham and KRC Genk will face each other in another UEFA Europa League group stage duel, with the English side remaining leaders of the competition, while the local team will be looking for points to have aspirations of getting out of the bottom of the group.
1:05 PM3 months ago

The Genk vs West Ham match will be played at Cristal Arena, in Genk, Belgium. The kick-off is scheduled at 13:45 pm ET.
1:00 PM3 months ago