It's over! Romania and Iceland do not hurt each other and split units.
4:36 PM2 months ago

Maxim made a short run, but Olafsson again got his hands on the ball.
4:33 PM2 months ago

Change of Romania. Cicaldau is replaced by Puscas.
4:29 PM2 months ago

Hagi took a shot, but the ball ended up crashing into the far post.
4:25 PM2 months ago

The cross ends up in Olafsson's hands without any problem.
4:22 PM2 months ago

Gretarsson's header, but the ball goes wide.
4:20 PM2 months ago

Change from Iceland. Pordarson is replaced by Helgason.
4:14 PM2 months ago

Great save by Olafsson, preventing Ivan from reaching the goal.
4:13 PM2 months ago

Bancu and Morutan are replaced by Alin Tosca and Stanciu.
4:04 PM2 months ago

Gudmunsson was in danger, but Marin intervened and prevented him from shooting at goal.
3:58 PM2 months ago

Marin shoots at goal, but Olafsson keeps the ball safely.
3:49 PM2 months ago

At the end of the first half, the scoreboard is still unopened in Romania.
3:31 PM2 months ago

The ball is very tight in the midfield, Iceland is looking to take control of the ball.
3:24 PM2 months ago

Marin's shot, but the ball stays in Olafsson's hands.
3:20 PM2 months ago

Porarinsson's cross, but the ball is blocked by the defense.
3:15 PM2 months ago

Good pass to Ratiu, but the winger fails to reach the ball and misses a clear chance.
3:09 PM2 months ago

Tosca's header, but the ball ends up going over the goal.
3:03 PM2 months ago

Forced change of Iceland. Porarinsson comes in for Skulason who leaves injured.
2:57 PM2 months ago

The match kicks off in Romania.
2:40 PM2 months ago

Both Romania and Iceland have arrived at the stadium and will take to the field looking for a victory to get off on the right foot in these qualifiers.
2:31 PM2 months ago

Iceland is also already in Steaua, in this match they will go all out to get out of the bottom of Group J.
2:28 PM2 months ago

Romania is already at its stadium where it will seek, with the support of its people, to win three points and climb positions.
2:27 PM2 months ago

It does not go

Viðar Örn Kjartansson will not be with the Icelandic team for these Qualifiers, the player did not recover from his injury and caused low, in his place no one was called. 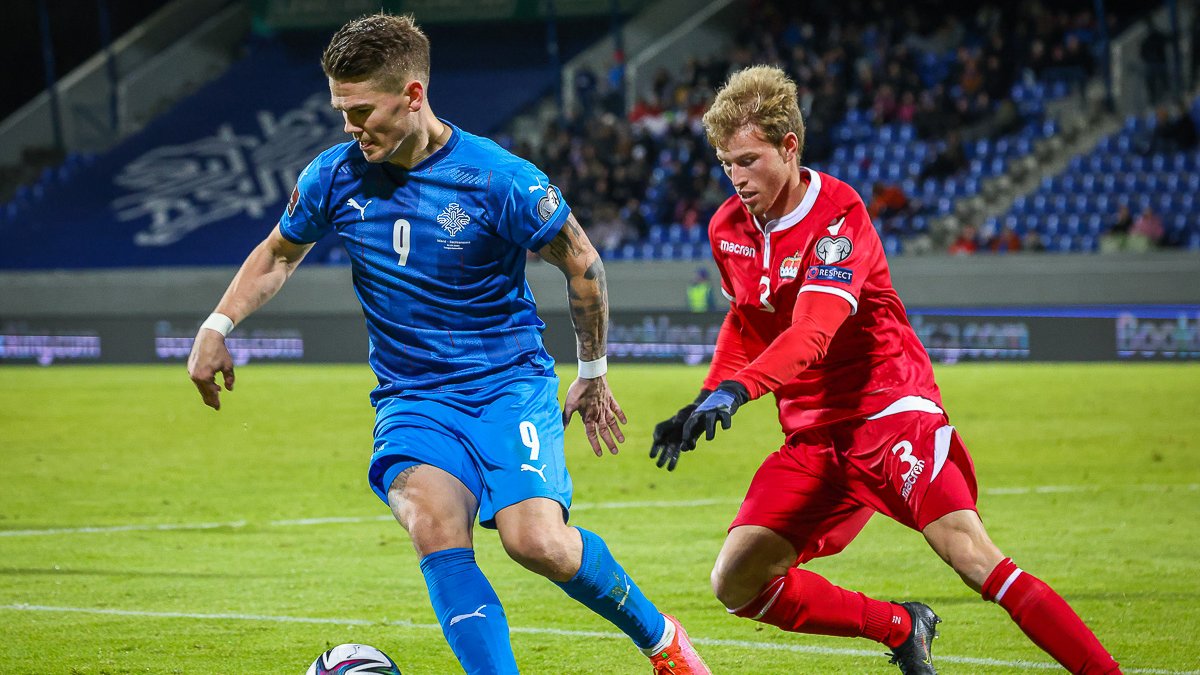 "If we are so determined to win, we will do it without fail."

Romania defender Vlad Chiricheș spoke in conference, "If we are so focused, so determined to win this game, we will do it without fail. In the Iceland game in September, we played like that with our sword over our head, because we had to win and we showed tremendous determination and I think that's what won us the game. In Thursday's game, we have to think about our game, not the Icelanders' game, not the teams that play without a bet. We have to think that we, we have to win the match, we have to be focused and strong in every duel."
2:09 PM2 months ago

Iceland has 15 goals against and only 11 for; in this match they will be looking for more goals in their favor.
2:07 PM2 months ago

Valentin Mihaila ended up leaving the final roster after a discussion with Mirel Radoi and the Parma coaching staff. In addition to this, the player has been unavailable due to injury, so it was agreed to keep him in his team.
2:00 PM2 months ago

Romania has scored 11 goals in these matches and conceded only 8.
1:55 PM2 months ago

There are four occasions in which these teams have faced each other; three of these duels have been won by Romania and one by Iceland.
1:50 PM2 months ago

Welcome to the coverage of the match between Romania and Iceland. The match corresponds to the ninth matchday of these qualifiers. We will provide you with more information shortly, as well as the confirmed lineups.
1:45 PM2 months ago

Stay tuned for the Romania vs Iceland live stream.

In a few moments we will share with you the starting lineups for Romania vs Iceland live, as well as the latest information from the Steaua Stadium. Stay tuned for up-to-the-minute live online coverage of the match on VAVEL.
1:40 PM2 months ago

How to watch Romania vs Iceland Live Stream on TV and Online?

If you want to watch the game Romania vs Iceland live on TV, your options is: TUDNxtra.

Mirel Rădoi, Romanian coach, spoke ahead of the match against Iceland: "I don't think there will be any problems with the grass at the Ghencea, especially since it won't rain today or tomorrow, and I have assurances from the people in charge of the turf that it will be very good, as it was in the match against Armenia. At this point, we would have much more to lose than Iceland, and that would be important for us to finish this campaign in second place. We have an advantage, Iceland though on a theoretical level would have a chance for 2nd place, and right now, they can be a dangerous team because they have nothing to lose. That doesn't mean we're not prepared for tomorrow night's game."

"Honestly, I expected there to be spectators in the stands. Many times I have preferred not to talk about these things, about politics in general, or all these measures that are being taken, but I find something incredible, I mean we are vaccinated to go to the Mall, where it is a closed space and we are not welcomed in the stadiums in an open space. I think the best vaccination campaign is for people to come to this game".

Iceland is in second-to-last place, just above Liechenstein with eight points; in their last match they beat Liechenstein four goals to nil. 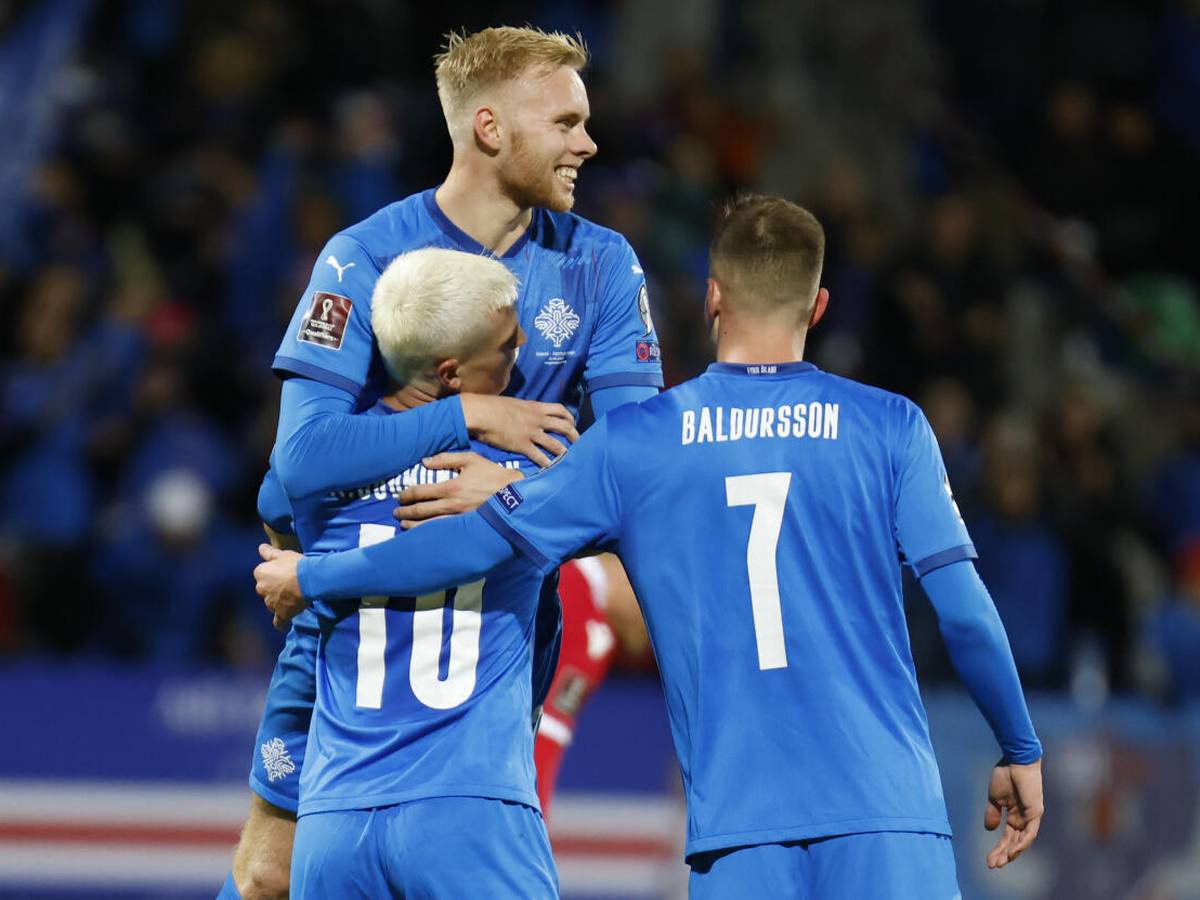 Looking for the lead

Romania comes into this match after losing to Germany and is in second place only behind the team it faced last time. The Romanians will be looking for three points this afternoon against Iceland. 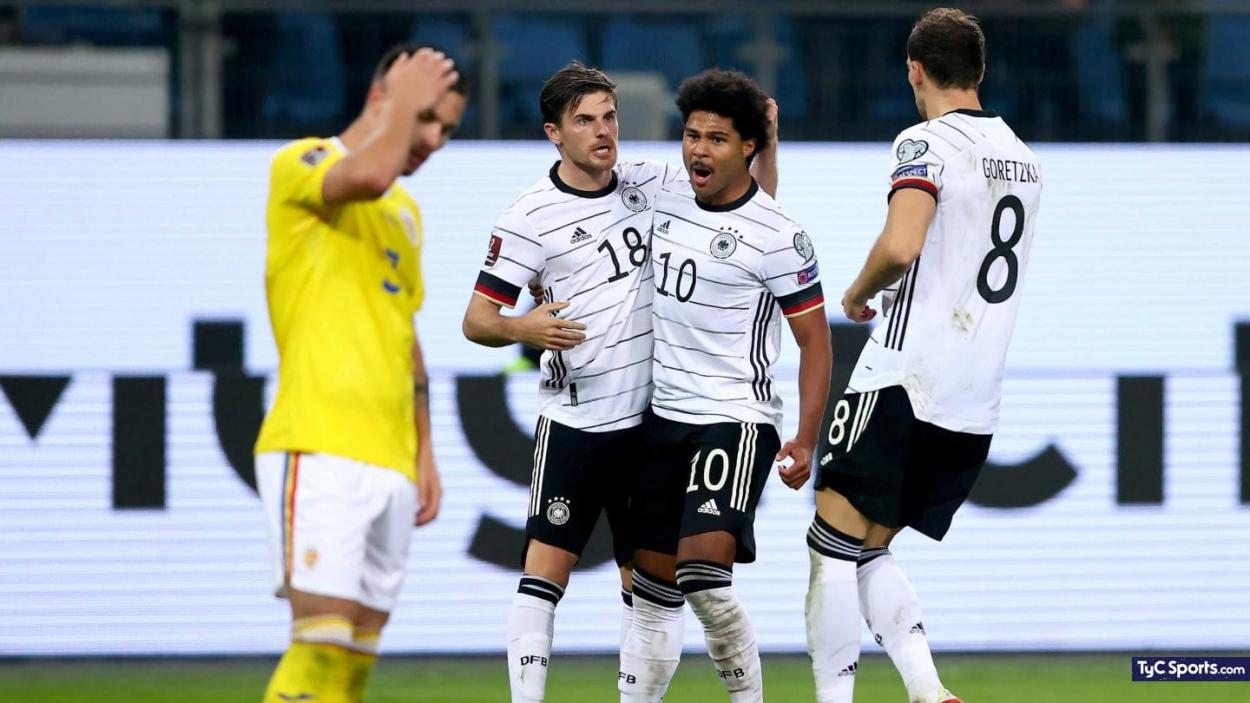 The match will be played at the Steaua Stadium.

Romania vs Iceland will be played at Steaua Stadium, located in Bucharest, Romania. The capacity of the stadium is 31,254 people.
1:15 PM2 months ago