It's over! Liverpool returns to victory.
2:20 PM8 days ago

Arsenal tries to generate danger, but fails to define in the last line.
2:13 PM8 days ago

Good defensive intervention in the face of Minamino's dangerous service.
2:12 PM8 days ago

Liverpool change. Thiago comes off for Morthon.
2:11 PM8 days ago

Goal, Liverpool goal! Minamino receives the ball from Trent Alexander-Arnold and closes the pincer inside the box to score the fourth of the night.
2:04 PM8 days ago

Liverpool change. Diogo Jota and Chamberlain come on for Minamino and Jordan Henderson.
2:02 PM8 days ago

Goal, goal, goal for Liverpool! The third came after a good run, Salah received the ball to send it into the back of the net.
1:54 PM8 days ago

Change by Arsenal. Lacazette goes up and Odegaard comes in.
1:54 PM8 days ago

Great intervention by Alisson, preventing Arsenal from opening the scoring with a shot from Maitland-Niles.
1:50 PM8 days ago

The ball is hotly contested in midfield, with both teams looking to maintain possession.
1:42 PM8 days ago

Arsenal change. Lokonda comes off and Maitland-Niles takes his place.
1:40 PM8 days ago

Goal, goal, goal for Liverpool! Diogo Jota sent the ball into the back of the net with a shot to extend the score.
1:38 PM8 days ago

Chamberlain's shot, but the ball goes wide.
1:35 PM8 days ago

The second half gets underway in Liverpool.
1:17 PM8 days ago

It's all over! The first half ends with the score in favor of the home team.
1:11 PM8 days ago

Goal, goal, goal for Liverpool! Alexander-Arnold's cross is headed in by Mané to open the scoring for the home side.
1:07 PM8 days ago

Close! Ramsdale prevents the score from being broken on two consecutive occasions, Mané's shot is saved by the goalkeeper, the ball is left to Salah, but Aaron again prevents the goal.
1:01 PM8 days ago

Close! Thiago's shot, Ramsdale saves, but leaves the ball in the box; then Mané appears but ends up flying the ball away.
12:51 PM8 days ago

Salah serves to Diogo Jota, but the striker fails to control.
12:48 PM8 days ago

Aubameyang's cross fails to make contact and Chamberlain prevents him from finishing.
12:39 PM8 days ago

Lacazette's shot, but it does not generate more danger.
12:31 PM8 days ago

The action gets underway at Anfield.
12:26 PM8 days ago

The locals are already at home and will be looking to return to winning ways and get back to three points.
12:11 PM8 days ago

Arsenal are already at Anfield, the Guuners will be looking to come out on top in this game and pick up three points.
12:06 PM8 days ago

This is what Arsenal's dressing room looks like, ready to welcome the Gunners for another Premier League match. 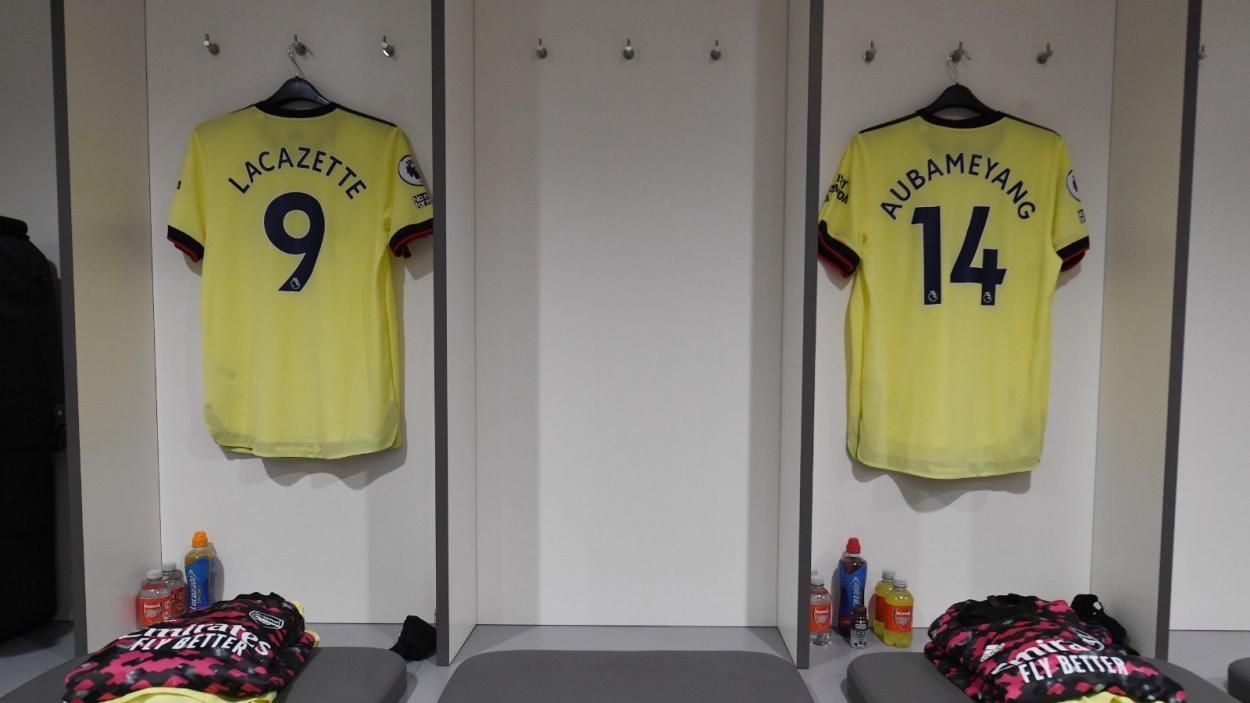 Liverpool has accumulated 9 unbeaten home games, it is important to point out that the last two games they were drawn and lost important points.
11:56 AM8 days ago

To keep the numbers

After Liverpool's loss, Arsenal is the only Premier League team that remains unbeaten. The Gunners have 14 wins and 2 draws.
11:51 AM8 days ago

The streak was lost

Liverpool went 20 games unbeaten until the last matchday, when the Reds lost three goals to two against West Ham.
11:46 AM8 days ago

After taking over at Arsenal, Jürgen Kopp has only managed to win once in eleven meetings with the Reds.
11:41 AM8 days ago

Liverpool have beaten Arsenal at home in the last five Premier League matches, and they will be looking to increase that number. In these matches, Liverpool have scored more than three goals.
11:36 AM8 days ago

Welcome to our coverage of the Liverpool-Arsenal match. This Premier League match kicks off in approximately one hour. We will shortly bring you relevant information about this match, as well as confirmed line-ups.
11:31 AM8 days ago

Stay tuned for the Liverpool vs Arsenal live stream.

In a few moments we will share with you the Liverpool vs Arsenal live starting lineups, as well as the latest information from Anfield Stadium. Don't miss any details of the match with VAVEL's minute-by-minute live online coverage.
11:26 AM8 days ago

How to watch Liverpool vs Arsenal Live Stream on TV and Online?

If you want to watch the game Liverpool vs Arsenal live on TV, your options is: Telemundo.

Pierre-Emerick Aubameyang spoke ahead of the clash against Liverpool: "I'm the coolest captain in the league, maybe in the world! To tell you the truth, I try to be an example, I think that's the most important part of being captain and trying to inspire the young players in the squad, but also the older ones. I try to do my best and give everything I can for the club."

"This is the job, when you are the captain, this is the job: you have to take it on, accept it and deal with it. It's a nice job, it's the nicest job in soccer. Without a doubt."

"I think it's very important [to talk to the team] and I think everyone expects me to communicate a lot, but I'm a quiet guy, a shy guy, but that's okay! I try to improve that and I definitely try to talk, especially in the locker room, I think that's the most important thing for me. I try to always be positive and supportive of the guys."

"My door is always open. When we have problems, I like to say a few words to the guys and try to give them positive things in their mind. In my mind, even if it's just two or three words, that can change something and maybe it's a good thing."

Arsenal come into this clash on the back of a narrow win over Watford, however; if the Gunners want to climb the table, this is their chance. 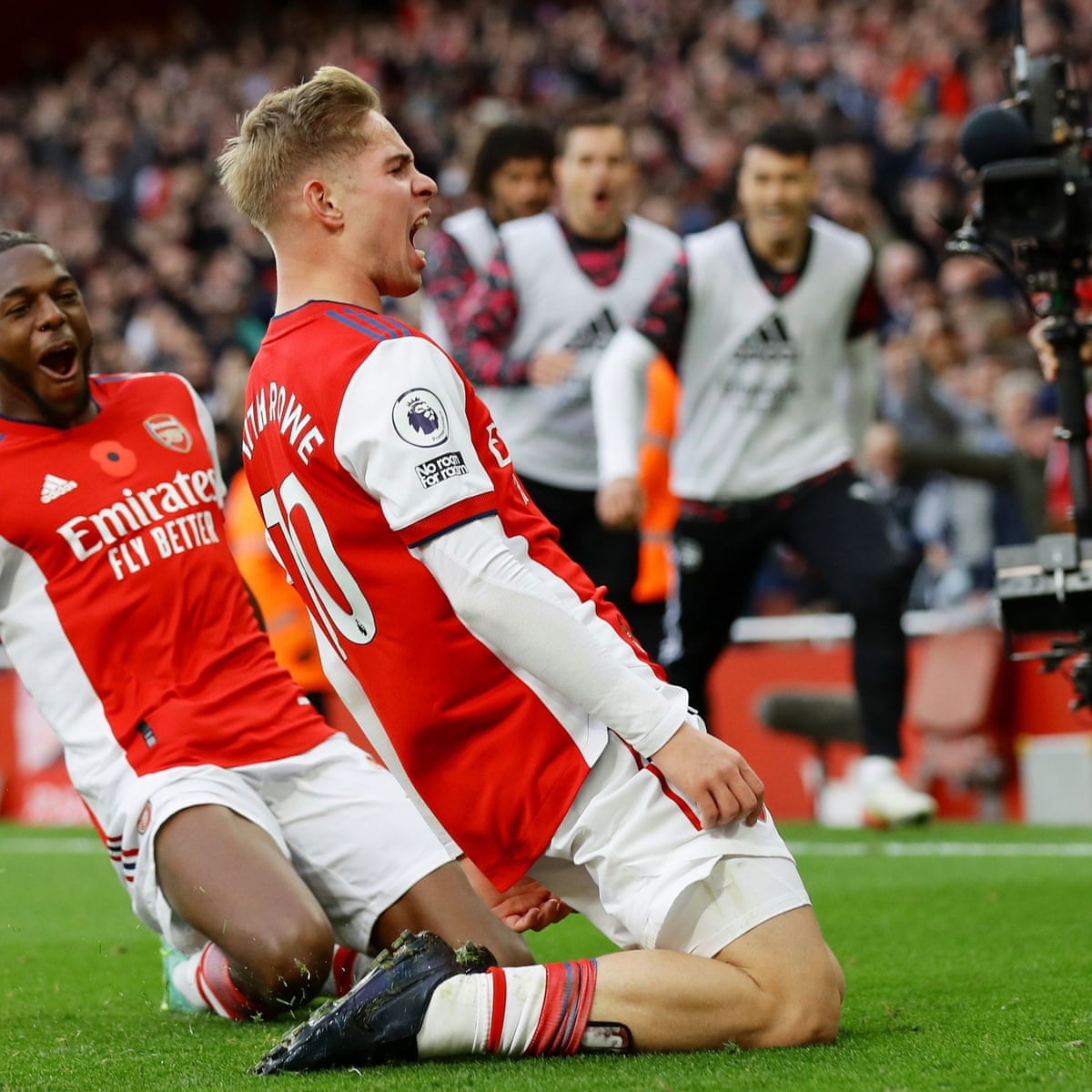 Liverpool comes into this match after losing to West Ham by three goals to two, the Reds will be looking for three points to get ahead of their opponents and climb up the standings. 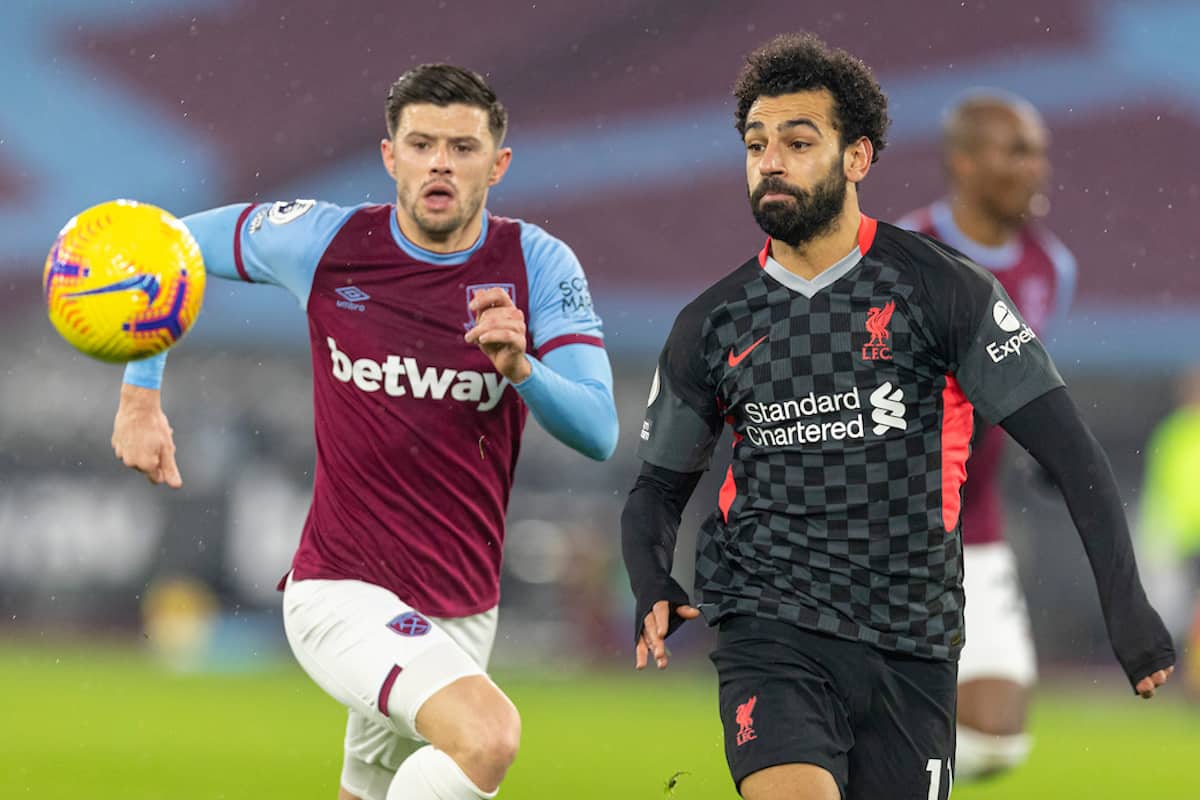 The Premier League is back!

After the break for FIFA, this will be the first meeting between Arsenal and Liverpool, both will be looking for a win to get three points.
11:01 AM8 days ago

The match will be played at Anfield Stadium.

The Liverpool vs Arsenal match will be played at Anfield Stadium, located in Liverpool, England. The capacity of the stadium is 53,394 people.
10:56 AM8 days ago