It's over! Real Sociedad and Valencia split the points.
4:52 PMa year ago

Gaya's shot, but the ball ends up in the goalkeeper's hands.
4:50 PMa year ago

Zubimendi missed a clear chance to open the scoring.
4:44 PMa year ago

Close! Excellent cross from Oyarzqabal, but Sorloth fails to get to the ball and misses a clear chance.
4:42 PMa year ago

Strong shot by Isak, but the ball goes wide of the goal.
4:37 PMa year ago

Changes in Valencia. Koba Koindredi and Yunus Musah are replaced by Hugo Duro and Uros Racic.
4:36 PMa year ago

He's leaving! Elustondo is sent off for a strong kick on Wasss after he pushed him.
4:34 PMa year ago

Isak was encouraged to shoot at the opponent's goal, but the Valencia defense got in the way.
4:27 PMa year ago

Change of Valencia. Guedes comes off for Maximiliano Gómez.
4:21 PMa year ago

Real Sociedad generated danger, but Gorosabel ended up committing a foul and missed a clear opportunity.
4:09 PMa year ago

Barrenetxea's shot ends up crashing into the defense.
4:04 PMa year ago

With no modifications, the complementary part begins.
3:48 PMa year ago

It's over! The first half ends, few emotions in the Reale Arena.
3:44 PMa year ago

Both Cillissen and Remiro had little or nothing to do.
3:34 PMa year ago

Valencia came close to scoring, but his goalkeeper prevented the first goal.
3:28 PMa year ago

Neither team has managed to generate more danger in the opponent's area.
3:23 PMa year ago

Nearby! Valencia was trying to generate danger, but the attentive defense prevented the play from growing.
3:11 PMa year ago

The game started off quite lively, with both teams looking for the opponent's goal.
3:02 PMa year ago

The stock starts up in Spain.
2:57 PMa year ago

This is how the Reale Arena looks like to welcome the fans and watch one more duel in this competition; great view of the Real Sociedad stadium. 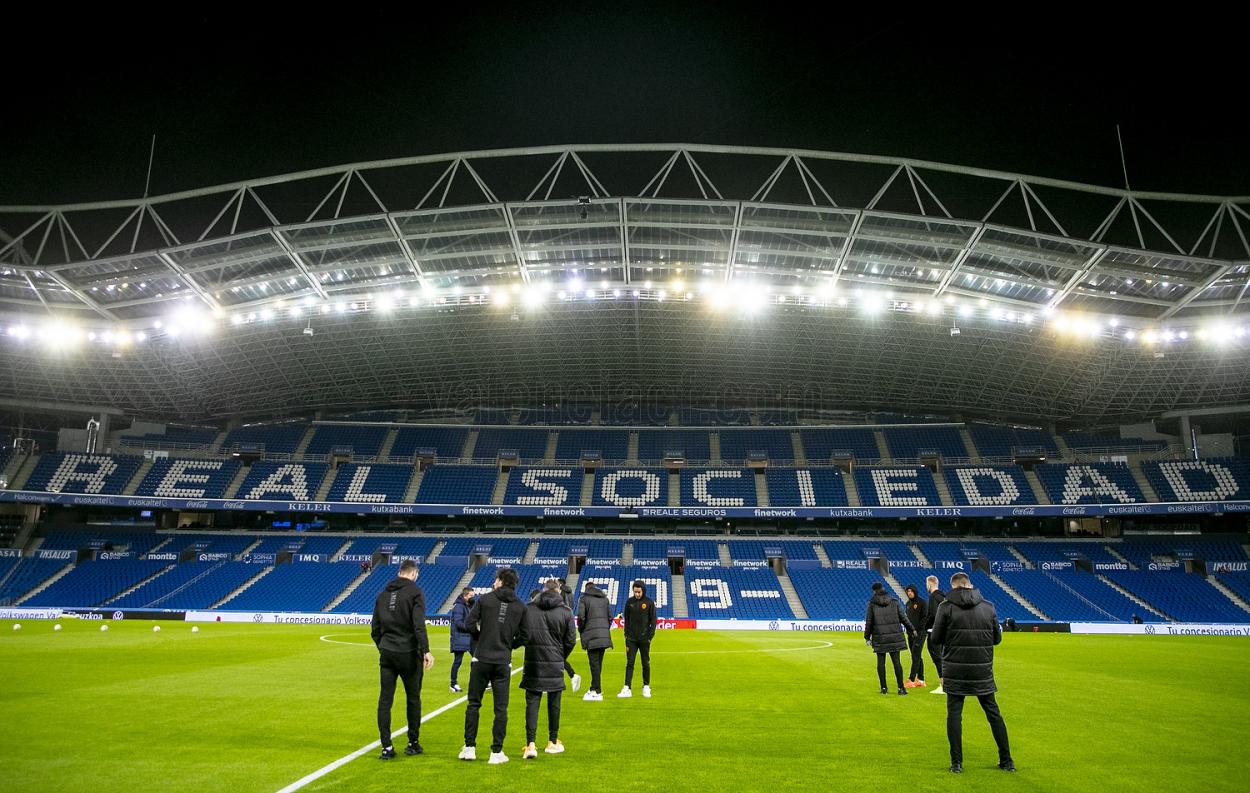 Real Sociedad is also already at the stadium, the venue for a new LaLiga duel and the home of the team coached by Imanol Alguacil.
2:40 PMa year ago

Valencia is already at Real Sociedad's home, and the team coached by José Bordalás will be looking to emerge triumphant from this match. 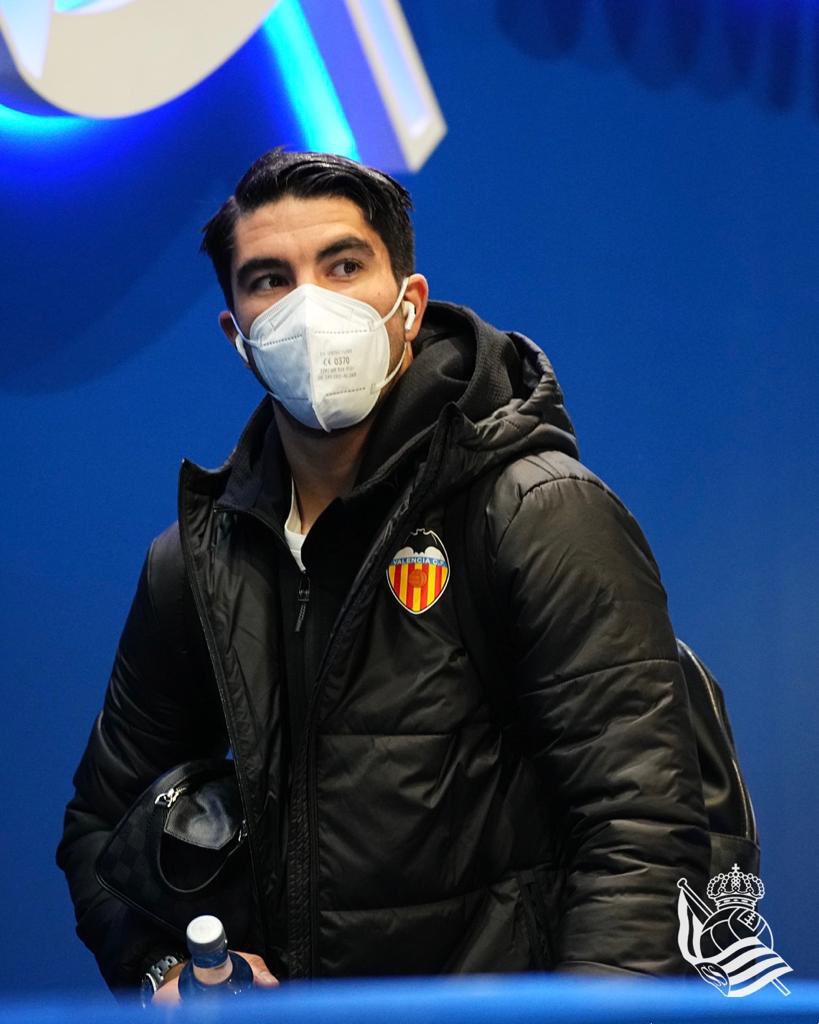 That's 28 points Real Sociedad have earned from their last 13 games in this LaLiga season; this is the second-best tally.
2:29 PMa year ago

That's six wins out of Valencia's last 13 visits to the Reale Arena. It is one of the three stadiums with the most away wins.
2:21 PMa year ago

Real Sociedad have gone 12 games without losing in LaLiga; their best unbeaten streak was in April 2013; numbers they will be looking to improve on.
2:16 PMa year ago

To continue with good figures

Will the streak come to an end?

Of the last eight meetings between these teams, Real Sociedad has won only one in LaLiga, and they will be looking to change that.
2:06 PMa year ago

Welcome to the coverage of the match between Real Sociedad and Valencia. The match will kick off in approximately one hour; we will be sharing lineups and the most relevant information shortly.
2:01 PMa year ago

Stay tuned for the Real Sociedad vs Valencia live stream.

In a few moments we will share with you the Real Sociedad vs Valencia live starting lineups, as well as the latest information from the Anoeta Stadium. Don't miss any details of the match with VAVEL's minute-by-minute live online coverage.
1:56 PMa year ago

How to watch Real Sociedad vs Valencia Live Stream on TV and Online?

If you want to watch the game Real Sociedad vs Valencia live on TV, your options is: ESPN.

Imanol Alguacil, Real Sociedad coach, spoke before the match: "On the one hand, it was long, because we like to play matches, but on the other hand, the break was good for us to recover injured players, like Oyarzabal or Guridi... To be a starter? He is well, with good feelings, the injury seems to be forgotten, so he is ready".

"I'm worried that they are confused, but not the players, who are very clear, like their coach, that what we have done has merit, but that we live in the present and that in two games everything can change. We are not going to boast about this situation, which is unbeatable for the fans to enjoy, but not the players and the coach, who have a lot, but a lot to improve".

"I would like Januzaj to continue working as he is doing. When he hasn't played, it's because he didn't deserve it. Now, he deserves it and hopefully he has continuity, he is doing well, but he can do better, because he is a differential player. It is very good news that he is now better than his teammates and hopefully he renews and stays at the club, I would like to, because there are few players like him."

"Apart from being a great coach, he has a great squad. They are going to be up there with us fighting for the European places. His tactics? They have been changing. They started with certain things, when it went well they kept them, then when it went badly they changed, we don't know what we're going to find...".

Valencia comes into this match after a three-goal draw against Atlético de Madrid in the last game. The team coached by José Bordalás will be looking to get three points and move out of the tenth position. 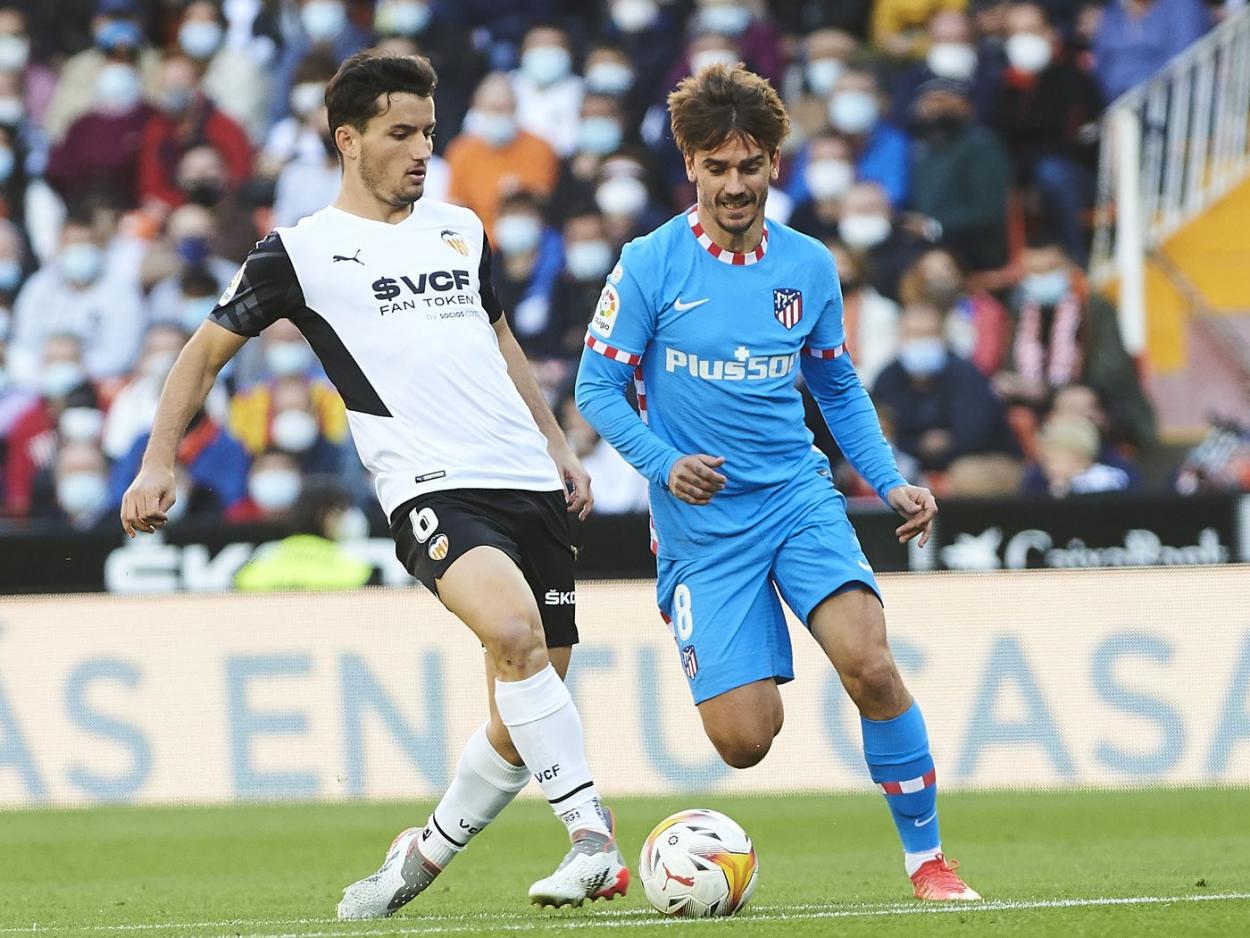 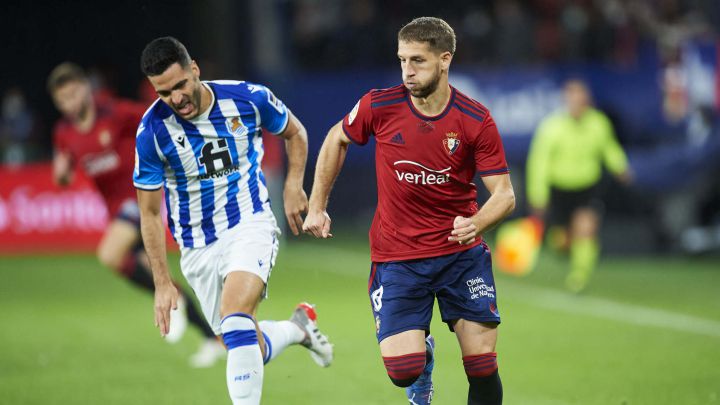 The match will be played at the Anoeta Stadium.

The Real Sociedad vs Valencia match will be played at the Anoeta Stadium, located in San Sebastian, Spain. The capacity of the stadium is 39,500 people.
1:31 PMa year ago