It's over! After little excitement, Sevilla beats Wolfsburg two goals to nil.
4:56 PM5 days ago

Goal, goal, goal for Sevilla! Rafa Mir pushes the ball into the back of the net after Ocampos' cross.
4:49 PM5 days ago

Rakitic was trying to get to the visitors' goal, but the defense cleared the ball away from him.
4:41 PM5 days ago

Close! Weghorst fails to control in the local area and ends up committing a foul.
4:40 PM5 days ago

Change of Seville. Jordán comes off for Thomas Delaney
4:39 PM5 days ago

Lukebakio's cross and the home defense avoids the play to grow
4:35 PM5 days ago

Wolfsburg changes. Otávio, Lukebakio and Mbabu are replaced by Vranckx, Roussillon and Baku.
4:27 PM5 days ago

Koundé's shot, but Pervan keeps out the second.
4:27 PM5 days ago

Wolfsburg make a change. M. Philipp is replaced by Gerhardt.
4:18 PM5 days ago

Rakitic's cross is headed in by Diego Carlos, but the ball goes over.
4:12 PM5 days ago

Ocampos' cross, but the defense prevents the play from growing.
4:04 PM5 days ago

The match between Sevilla and Wolfsburg kicks off in full.
3:49 PM5 days ago

Half time! In Sevilla the match remains in favor of the home side at the end of the first half.
3:46 PM5 days ago

Ocampos tried to generate pressure, but ended up losing the ball.
3:43 PM5 days ago

Rakitic tried to create danger in the German goal, but the defense was well stopped.
3:33 PM5 days ago

Close! Wolfsburg came within a whisker of equalizing, but Sevilla's goalkeeper kept his goal from falling.
3:14 PM5 days ago

Goal, goal, goal for Sevilla! Rakitic's cross and Jordán appears to send the ball into the back of the net with an accurate header.
3:11 PM5 days ago

The first few minutes with the ball being disputed in the midfield.
3:05 PM5 days ago

Both teams are already on the field warming up and will be looking for a win this matchday.
2:48 PM5 days ago

Wolfsburg is already on Spanish soil, specifically at the Sánchez Piz-Juán, where they will be looking for an important victory.
2:47 PM5 days ago

With Lopetegui at the helm, Sevilla are already at home, ready to look for an important victory at this stage.
2:36 PM5 days ago

Sevilla comes into this game with three goals scored and four conceded, figures they will be looking to improve on.
2:35 PM5 days ago

Gonzalo Montiel spoke ahead of the clash against Wolfsburg: "More than an important match, it's a final. We are preparing for it and the truth is that we are very focused on tomorrow. Let's hope we get the three points. These matches are decided in details and we have to be mentally and physically prepared to resolve situations. We will go out to win. It's going to be the most important match so far this season and hopefully it will go well and we can win".
2:25 PM5 days ago

In this building is where this match between Sevilla and Wolfsburg will be played, a duel that looks quite interesting. 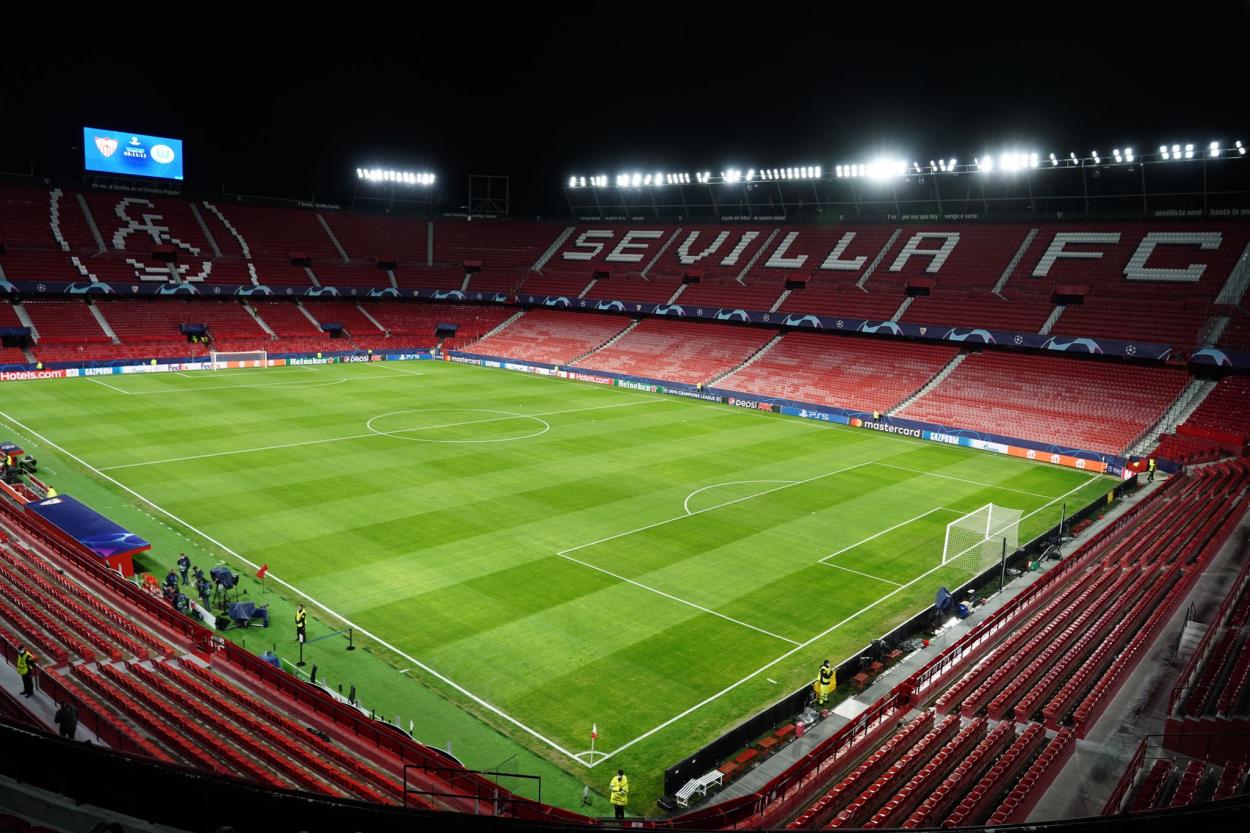 Julen Lopetegui spoke about this match: "Logically we have finished this match with good energy and now what we have to do is recover well, analyze a bit because we have the infirmary, which is quite full and then see what team we are able to put out with the maximum ambition and illusion to overcome a good team".
2:11 PM5 days ago

Wolfsburg comes into this game with four goals scored and five conceded; the German team will be looking for three points to climb one or two positions.
2:06 PM5 days ago

Welcome to the coverage of the fifth match of the Champions League group stage, this match will be played between Sevilla and Wolfsburg. We will shortly share with you the confirmed lineups, as well as the highlights of this match.
2:01 PM5 days ago

Stay tuned for the Sevilla vs Wolfsburg live stream.

In a few moments we will share with you the Sevilla vs Wolfsburg live starting lineups, as well as the latest information from the Estadio Ramón Sánchez Piz-Juán. Keep an eye on the action with VAVEL's minute-by-minute live online coverage.
1:56 PM5 days ago

How to watch Sevilla vs Wolfsburg Live Stream on TV and Online?

If you want to watch the game Sevilla vs Wolfsburg live on TV, your options is: TUDNxtra.

Florian Kohfeldt, Wolfsburg coach, spoke ahead of the game: "When our captain is ruled out at short notice, it's not something we're happy about. On the other hand, I would like to point out that in Pavao Pervan we have someone who has been extremely reliable when called upon. I have no doubt that we will have a very good goalkeeper in goal tomorrow."

"Sevilla are a very intense team whose strengths include working on the counter, which is perhaps a bit unusual for a Spanish team. They are very strong on the ball, especially with their passing game. We have to adapt to that, but also show flexibility. Up front, above all, we have to play with speed in all situations, otherwise we'll make it easy for Sevilla."

"If we want to have more than just a Champions League game, it's very important. After our home win against Salzburg, the group is wide open for all teams. We don't have the best starting position, but it's in our hands and we're very happy about that. We don't have a lot to lose, but we have a lot to gain. That's what we want to take to the field tomorrow: a certain level of excitement and hunger to go further."

"The fact that Josh is sitting here is a strong indicator that he's going to play. Paulo Otavio is also available for the last training session. He passed the last [fitness] test here with flying colors. The likelihood of him being in the squad tomorrow - and possibly even starting - is very high."

Wolfsburg comes into this match after a two-goal draw against Arminia; the last Champions League match was against Salzburg and they beat them two goals to one.
1:41 PM5 days ago

Sevilla arrives to this match after a two-goal draw against Alavés; moreover, in this edition of the Champions League they have not had a good performance and are in the last place of their group. 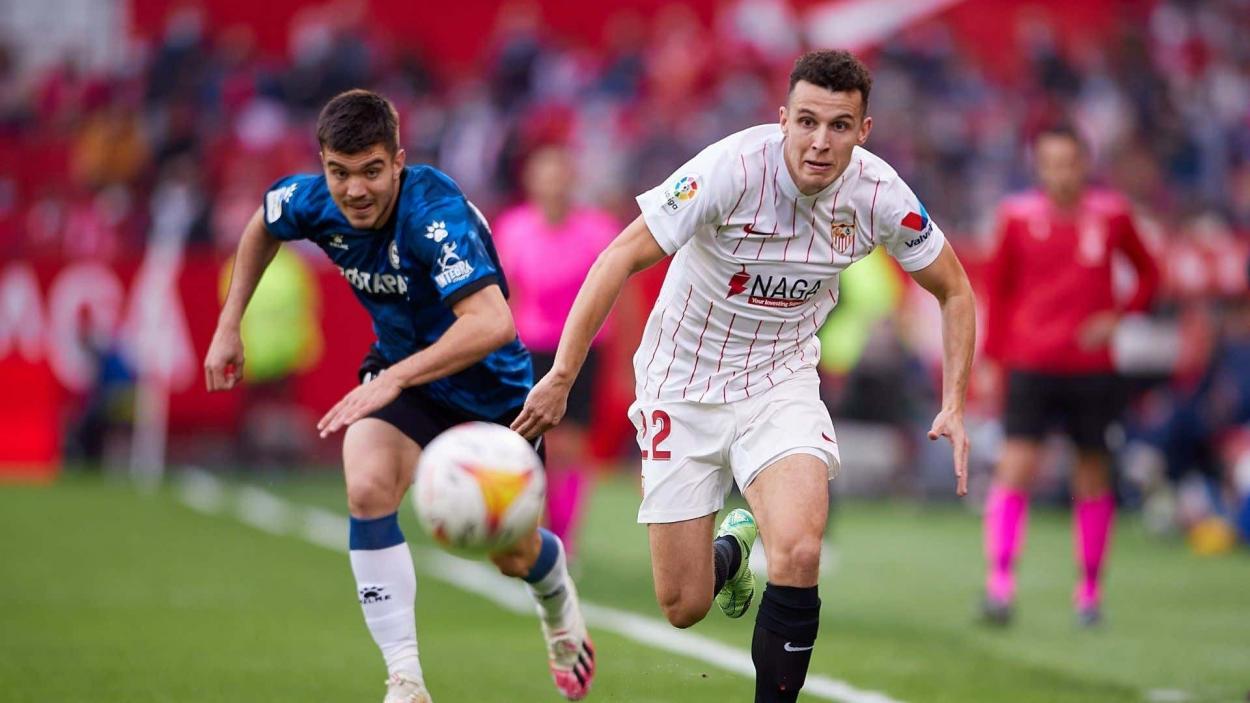 The match will be played at the Ramón Sánchez Piz-Juán Stadium.

The match of Sevilla vs Wolfsburg will be played at the Ramón Sánchez Piz-Juán Stadium, located in Seville, Spain. The capacity of the stadium is 43,883 people.
1:31 PM5 days ago