Sporting beats Borussia Dortmund 3-1 to qualify for Champions League round of 16
4:52 PMa year ago

Dortmund goal in Lisbon, Donyell Malen scores to make it 2-1
4:48 PMa year ago

Seven minutes of compensation are announced
4:41 PMa year ago

GOAL! Pedro Goncalves takes it from the 11 steps but the goalkeeper Kobel saves the penalty, Pedro Porro dresses up as a hero and nails it on the rebound.
4:39 PMa year ago

Paulinho falls in the area and after VAR review a penalty is awarded
4:33 PMa year ago

Dan-Axel Zagadou is cautioned for a foul on Paulinho.

Red card for Emre Can .

First caution of the match Joao Palhinha is yellow carded by referee Carlos Del Cerro Grande after an ill-timed tackle.
4:12 PMa year ago

Borussia substitute Emre Can for Nico Schulz
4:11 PMa year ago

The first half of the match ends. Sporting leads 2-0 at halftime
3:46 PMa year ago

Donyell Malen tries to score inside the box, but a defender manages to block the shot.

GOAL! Pedro Goncalves scores a brace after Borussia's inattention. Sporting capitalizes on what the Germans failed to capitalize on and take a 2-0 lead.
3:36 PMa year ago

Sarabia receives the ball inside the area and tries a dangerous shot, but a defender's leg gets in the way.
3:31 PMa year ago

GOAL! Pedro Goncalves nails the first for the home team after a ball through Kobel's legs to make it 1-0.
3:29 PMa year ago

Free kick for Borussia, Reus takes it but the ball bounces off the wall. Sporting counter-attack
3:25 PMa year ago

Marco Reus offside, the German goes ahead in less than five minutes as he tries to create danger for the visitors
3:24 PMa year ago

Donyell Malen gets in a shot on goal from the edge of the area. The ball goes to the left of the goal, but goalkeeper Adán manages to save the shot.
3:04 PMa year ago

Reus takes first shot on goal of the game
3:03 PMa year ago

Borussia and Sporting kick off the action
2:50 PMa year ago

The referee for the match will be Carlos del Cerro Grande, a Spanish referee who also works as a national policeman and who has been an international referee since 2013.
2:29 PMa year ago

This is how Sporting arrived at the José Alvalade stadium

This is how Sporting's field looks at the José Alvalade Stadium just minutes before the teams take the field for their warm-up exercises. 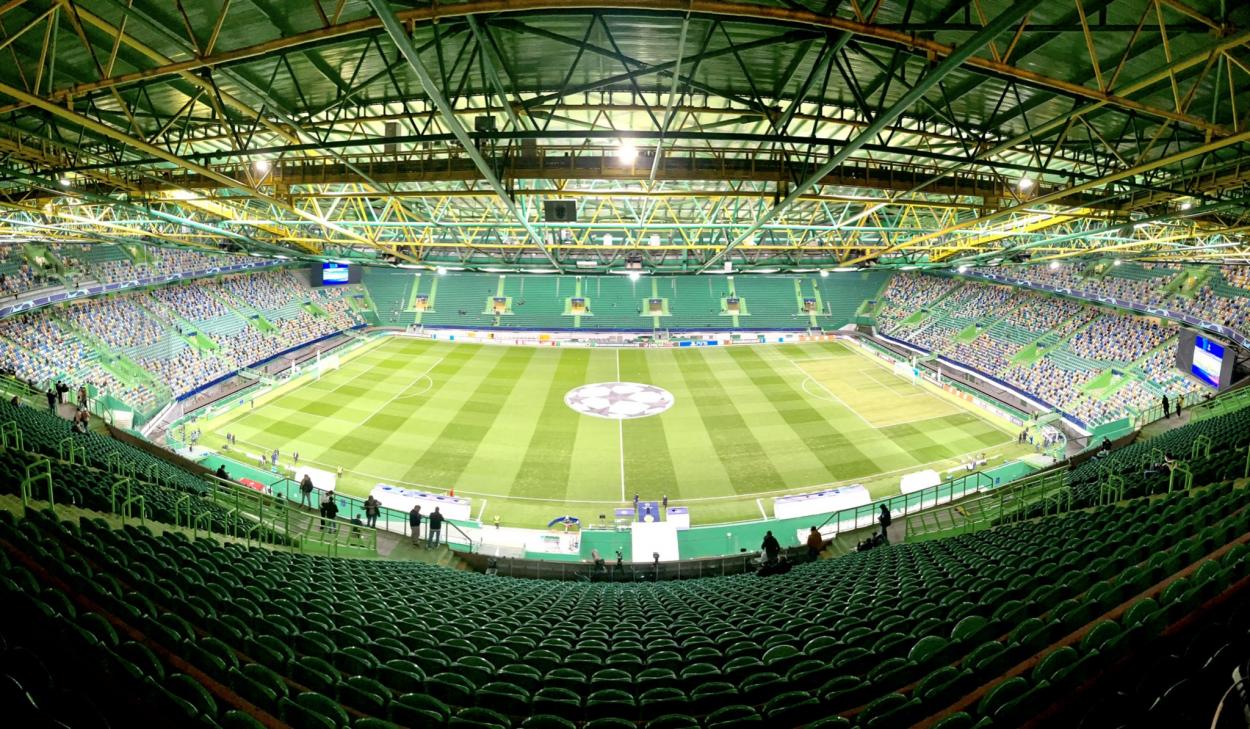 For the Teutons, Marco Reus continues to be an important man, scoring the winning goal in his last Bundesliga match and maintaining a positive streak, scoring in four consecutive matches for both club and country.
2:11 PMa year ago

Sporting player to watch: Paulinho has had a great performance this season in the Champions League with the Lisbon squad, scoring three goals in four games.
2:06 PMa year ago

With one matchday left in the Champions League group stage, Sporting hosts Borussia Dortmund in a match that will be decisive for both teams.
2:01 PMa year ago

Do not miss a detail of the match Sporting vs Dortmund live updates and commentaries of VAVEL.
1:56 PMa year ago

How to watch Sporting vs Dortmund Live Stream on TV and Online?

If you want to watch the game Sporting vs Dortmund live on TV, your options is: ESPN.

What time is Sporting vs Dortmund match for UEFA Champions League?

This is the start time of the game Sporting vs Dortmund of 24th November 2021 in several countries:

The José Alvalade stadium (in Portuguese Estádio José Alvalade) is a soccer stadium located in Lisbon, Portugal. It is owned by Sporting Clube de Portugal, which plays its home matches there.
The stadium, with a capacity of 50,044 spectators and inaugurated on August 6, 2003, is located in the center of a sports and leisure complex called Alvalade XXI. It was built for Euro 2004, replacing the adjacent old Alvalade stadium. It is the third largest stadium in Portugal after Estádio do Dragão (52,033 seats) and Estádio da Luz (64,642 seats) and is classified by UEFA as elite (category 4), which allows it to host European finals, such as the 2005 UEFA Cup Final.
The stadium is named in honor of José Alvalade, one of the club's founders. 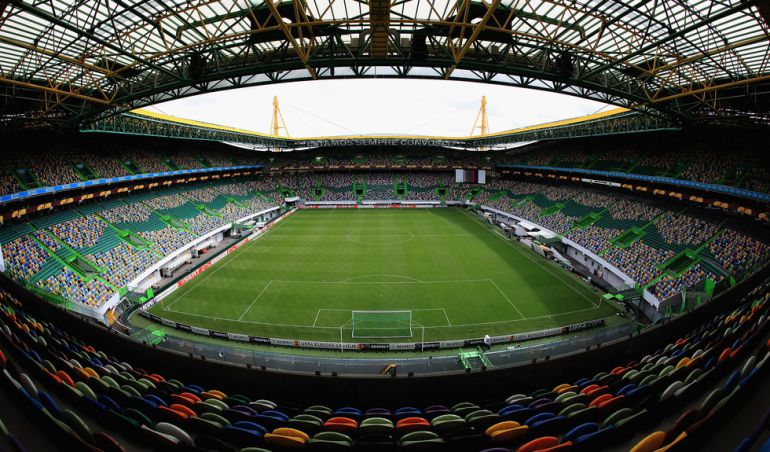 In the Portuguese Primeira Liga, Sporting is second only to Porto with eleven games played so far, of which both have won nine and drawn two, with 29 points and only separated by a goal difference of 21 and 13,
Borussia Dortmund also occupies the second position in the Bundesliga behind Bayern Munich. Dortmund has 27 points, with 9 matches won and three lost.
1:36 PMa year ago

With two matchdays left in the group stage, Group C is led by Ajax with 12 points, followed by Dortmund with six points, Sporting Lisbon in third place with the same six points and Beskitas in last place, who have lost all their matches and have not been able to score a single point,
1:31 PMa year ago

Borussia Dortmund have dominated recent meetings between the two sides, winning the last three matches since the 2016 group stage. Borussia Dortmund only have more wins against Galatasaray than against Sporting in the Champions League. In addition to this statistic, Dortmund has not drawn against Portuguese teams.

Sporting Lisbon has an unfavorable streak against German teams losing ten matches, however, German clubs have scored the most goals against them with 32 in the Champions League. In thirteen matches against German teams, they have lost ten times, drawn twice and won only one against Schalke04 in 2014.