It's over! Manchester City comes from behind to beat PSG.
4:51 PMa year ago

A cross for Mbappé, but Emerson keeps out the equalizer
4:51 PMa year ago

Neymar and company look to tie the match, but fail to generate danger.
4:42 PMa year ago

Great service from Cancelo, but Sterling fails to control the ball and misses the third.
4:35 PMa year ago

Goal, goal, goal for Manchester City! Gabriel Jesus receives the ball from Silva and shoves the ball into the back of the net.
4:28 PMa year ago

Jesus' shot, but Keylor Navas appears and prevents the second from going in.
4:26 PMa year ago

Goal, goal, goal for Manchester City! Sterling appeared inside the box and pushed the ball into the back of Navas' goal.
4:14 PMa year ago

Neymar's excellent through ball, but the home defense prevents the play from growing.
4:08 PMa year ago

Goal, goal, goal for PSG! Messi's cross and after letting the ball go through, Mbappé pops up to push the ball home.
4:05 PMa year ago

Action resumes at the Etihad.
3:47 PMa year ago

The first half ends, neither Manchester City nor PSG are doing any damage.
3:45 PMa year ago

A good steal of the ball culminates in a shot, well over the goal, by Mbappé.
3:44 PMa year ago

Good intervention by Hakimi, preventing Cancelo from getting the ball.
3:36 PMa year ago

Ilkay Gündogan sends a tremendous shot, but the goalkeeper keeps out the first.
3:34 PMa year ago

Marquinhos' shot, but the ball ends up in the defense.
3:29 PMa year ago

PSG also began to take control of the ball, looking for the opponent's goal and increasing the intensity of the match.
3:24 PMa year ago

Mahrez shot at goal, but it ends up crashing into Hakimi.
3:23 PMa year ago

Manchester City started off dominating the match.
3:12 PMa year ago

Rodrigo's accurate header, but Kimpembe keeps out the first.
3:02 PMa year ago

The duel kicks off in Manchester, both teams will be looking for a victory.
2:57 PMa year ago

Both those coached by Pep Guardiola and those under Pochettino's command are already on the pitch and are looking to get ready for this match.
2:45 PMa year ago

PSG, with the trident of Messi, Mbappé and Neymar, are already in Manchester, where they will be looking for the victory.
2:40 PMa year ago

Manchester City are already at home, they will be looking to emerge victorious in this match and remain at the top. 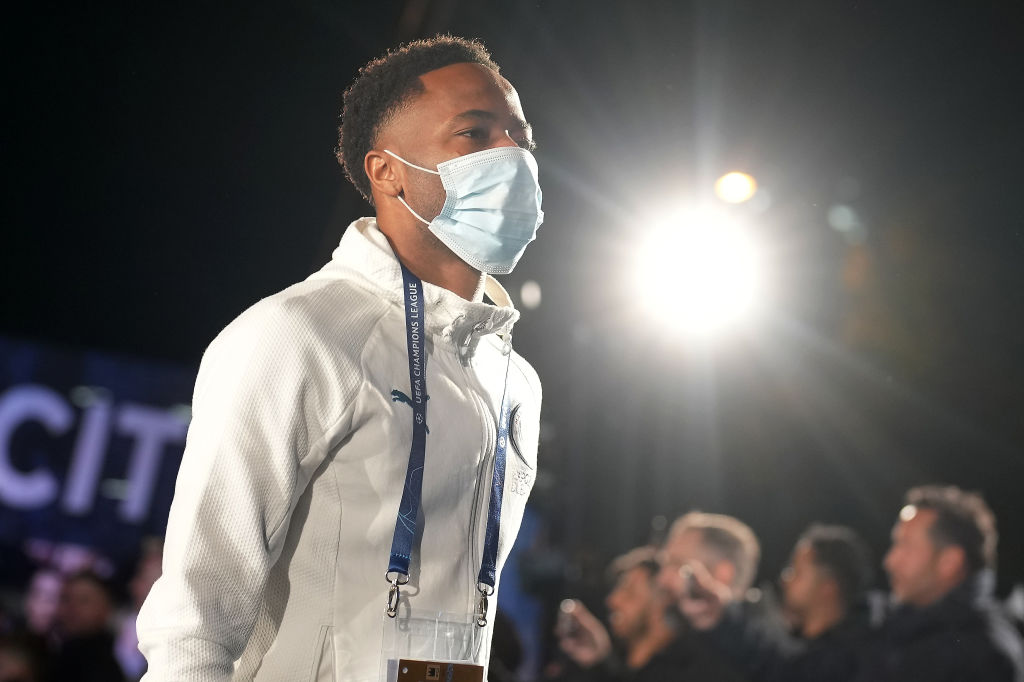 PSG's dressing room is now ready to welcome their players for their fifth match against City. 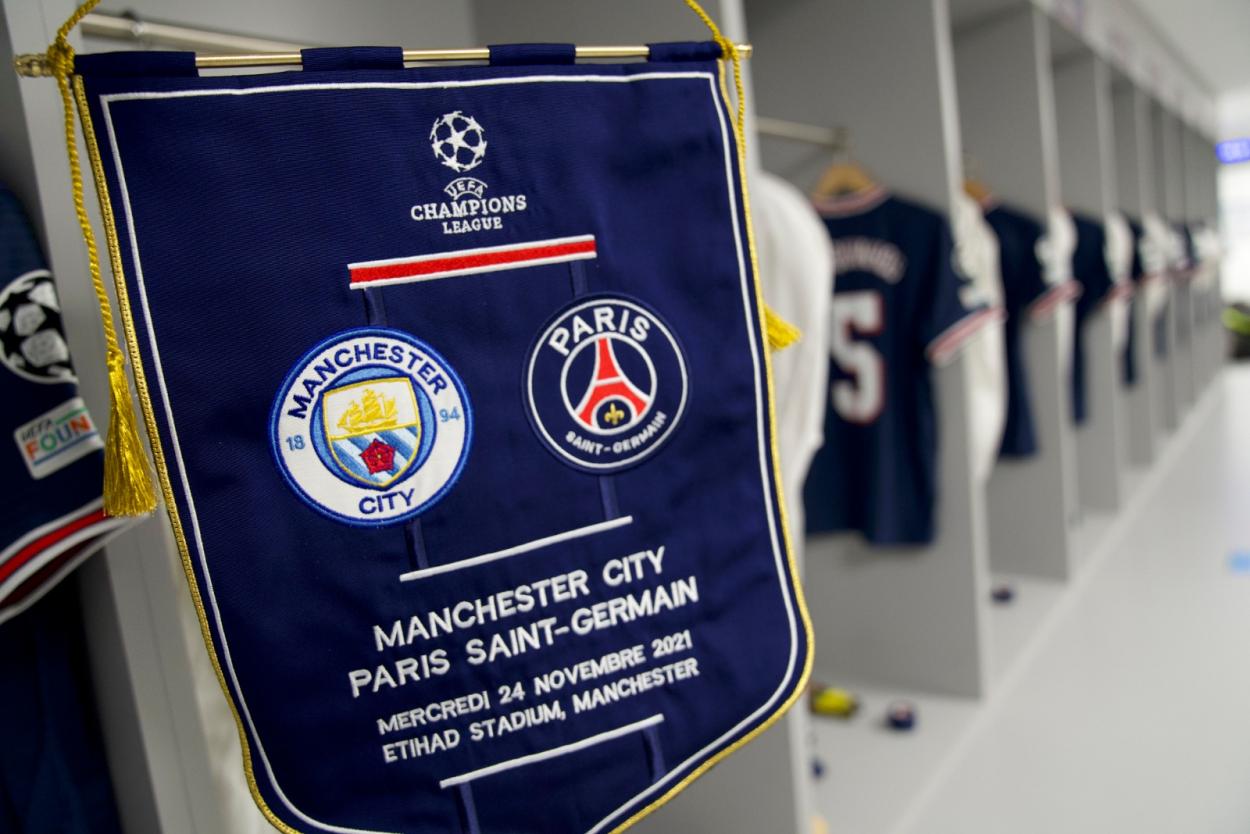 "That's what competition is all about."

Manchester City midfielder Ilkay Gündogan spoke ahead of the clash: "About playing against the best teams in the world. PSG is definitely one of them. It will be a great game for us. I also think it will be similar to what awaits us next in this competition when the group stage is over. We're not done yet, we're one point short, but as I said before, that's what this competition is all about. We are looking forward to playing. It's a joy to play against these types of teams and see what we can do against them."
2:25 PMa year ago

Manchester City has won three of four games in this competition, their only loss coming against PSG.
2:20 PMa year ago

The central defender Sergio Ramos returns to activity after six months out due to injury, PSG acquired him while he was injured and it is until this match that he will finally be able to see activity.
2:15 PMa year ago

Manchester City will not be able to count on Kevin de Bruyne, the striker is out after testing positive for COVID, a situation that caused him to be isolated and leaves him out of some matches.
2:10 PMa year ago

Welcome to the coverage of the match between Manchester City and PSG, which corresponds to the fifth matchday of the Champions League group stage. We will shortly share with you the most relevant information, as well as the confirmed lineups.
2:05 PMa year ago

Stay tuned for the Manchester City vs PSG live stream

In a few moments we will share with you the Manchester City vs PSG live starting lineups, as well as the latest information from the Etihad. Don't miss any details of the match with VAVEL's minute-by-minute live online coverage.
2:00 PMa year ago

How to watch Manchester City vs PSG Live Stream on TV and Online?

If you want to watch the game Manchester City vs PSG live on TV, your options is: TUDN.

Marco Verratti, PSG midfielder, spoke to the media ahead of the match: "It's always better if all the best players are on the pitch for this kind of game, it's a great game ahead, between two very good teams. I think a lot of people will watch this game. With Manchester City, the danger can come from anywhere. You have to handle well when you have the ball and defend well when you don't have the ball. They have great players, but so do we, I hope we can put all the ingredients in place to put City in difficulty tomorrow. "

"First place is important, it's our objective, in addition to that of qualifying for the Round of 16 of course. Tomorrow we have the chance to get first place, we will try to play a great game to win. First place is the ideal because we always want to do the maximum. "

"He did great things with Real Madrid, he was a difficult player to play when we played him, he understands the game, both in attack and defense. When he is at his best, he can help us a lot. "

"Our attackers have very different characteristics, they are very offensive. When we have to defend, we defend all together, and against teams that like to have possession like City, we have to play as a team to avoid danger as much as possible. We also have to try to keep the ball a bit more and think about ourselves before thinking about City. You have to play as you know how. We have confidence in ourselves, we know what we are capable of. "

PSG are in second place in their group, just below City; they will be looking to beat the current leaders in this match. In addition, in Ligue 1, they beat Nantes by three goals to one. 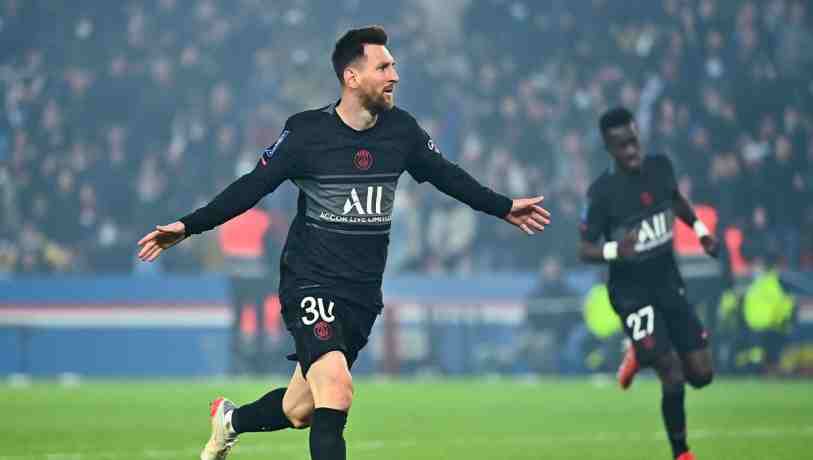 To keep on adding up

Manchester City comes to this duel after beating Everton three goals to zero; in addition, they beat Brugge 4 goals to one in the last Champions League match. 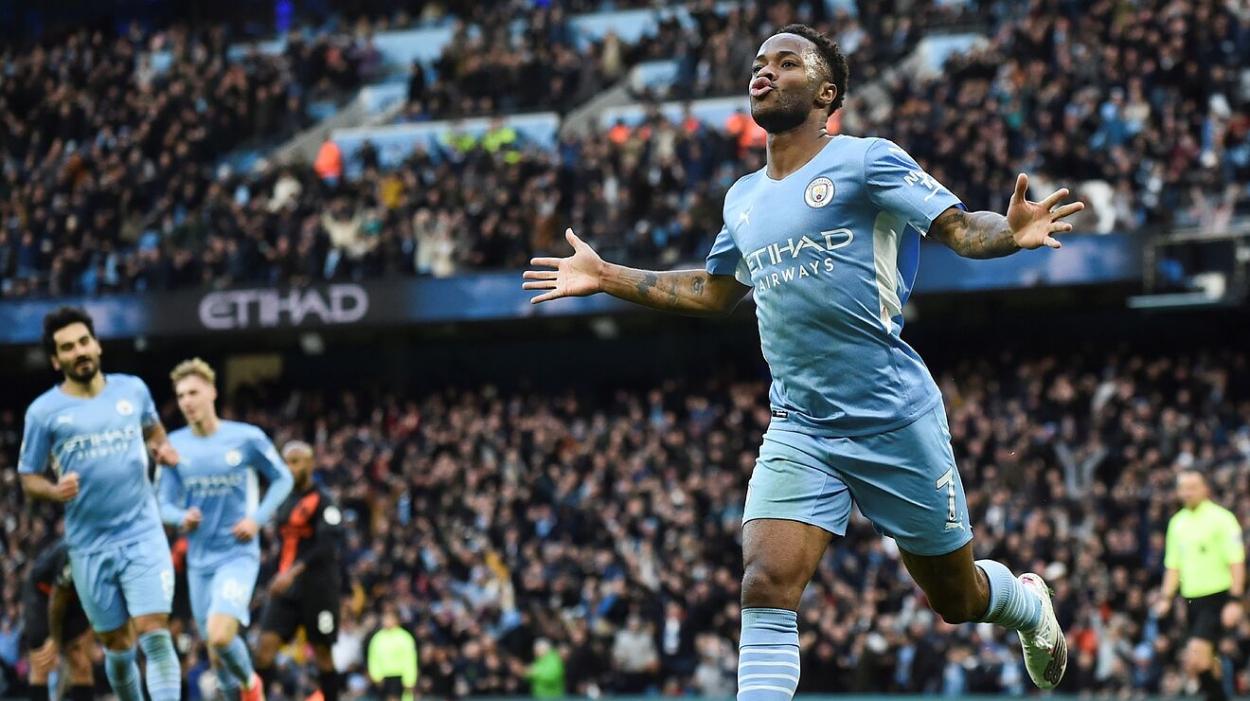 The match will be played at the Etihad Stadium.

The Manchester City vs PSG match will be played at the Etihad Stadium, located in Manchester, England. The capacity of the stadium is 55,097 people.
1:35 PMa year ago