Thank you for following the broadcast of the game between Mauritania and UAE. See you next time.
1:04 PMa year ago

Khalil Ibrahim strikes a cross to the far post to open the scoring.

Six more minutes are added to the game.
12:49 PMa year ago

Al Menhali is off and Yagliabue of UAE is on.

The VAR reviews the play and the goal is disallowed for offside.
12:24 PMa year ago

Ali Saleh with a powerful bicycle kick that goes wide of the goalkeeper and drills the ball into the net to open the scoring.

Abdallah Ramadan takes the free kick but it goes over the goal.
12:14 PMa year ago

The play was disallowed because Canedo was offside.
12:09 PMa year ago

Diaw goes out and Niass comes in, change of Mauritania.
11:59 AMa year ago

Tahnoon Alzaabi with a mid-range shot that goes just wide of the goal.
11:54 AMa year ago

Sy comes in and Demba goes out.

The second half begins between Mauritania and UAE.
11:44 AMa year ago

Mohammed Al Menhali had everything he needed to score the first, but he miskicks the ball at the far post.
11:34 AMa year ago

Three more minutes will be added to the game.
11:29 AMa year ago

Diaw commits the foul and is cautioned.
11:24 AMa year ago

Ali Saleh's mid-range shot is blocked by the goalkeeper.
11:19 AMa year ago

Hemeya Tanjy's long-range shot is easily saved by the goalkeeper.
11:14 AMa year ago

Canedo with the filtered pass to the far post that the goalkeeper reacts to and sweeps away before it reaches its intended recipient.
11:09 AMa year ago

Dangerous cross to the near post by Mohammed Al Menhali that the defender and goalkeeper don't speak to each other, but ends up with a corner kick.
11:04 AMa year ago

On the left flank Mohamedhen Beibou has now been caught offside.
10:59 AMa year ago

Moustapha Diaw was left lying on the field and medical assistance had to be called in.
10:54 AMa year ago

Canedo is tackled from behind and is cautioned, the first of the match.
10:44 AMa year ago

A delayed diagonal shot by Canedo with first intention, although he sends it over the top of the goal.
10:39 AMa year ago

A move that promised for more from UAE has been disallowed for offside.
10:34 AMa year ago

Mbacke Ndiaye comes out opportunely when the ball was already near his area.
10:29 AMa year ago

In the first minutes of the game, Mauritania has gained possession of the ball, but so far without generating danger.
10:24 AMa year ago

The match between Mauritania and UAE kicks off.
10:19 AMa year ago

Andrés Monte Cabrera, from Uruguay, will be the referee for this match.
10:14 AMa year ago

We are less than 10 minutes away from kick-off at the 974 Stadium between Mauritania and UAE.
10:09 AMa year ago

In this way, the UAE team finishes its warm-up prior to its second match of this competition, remembering that they are still alive to qualify for a place in next year's World Cup. 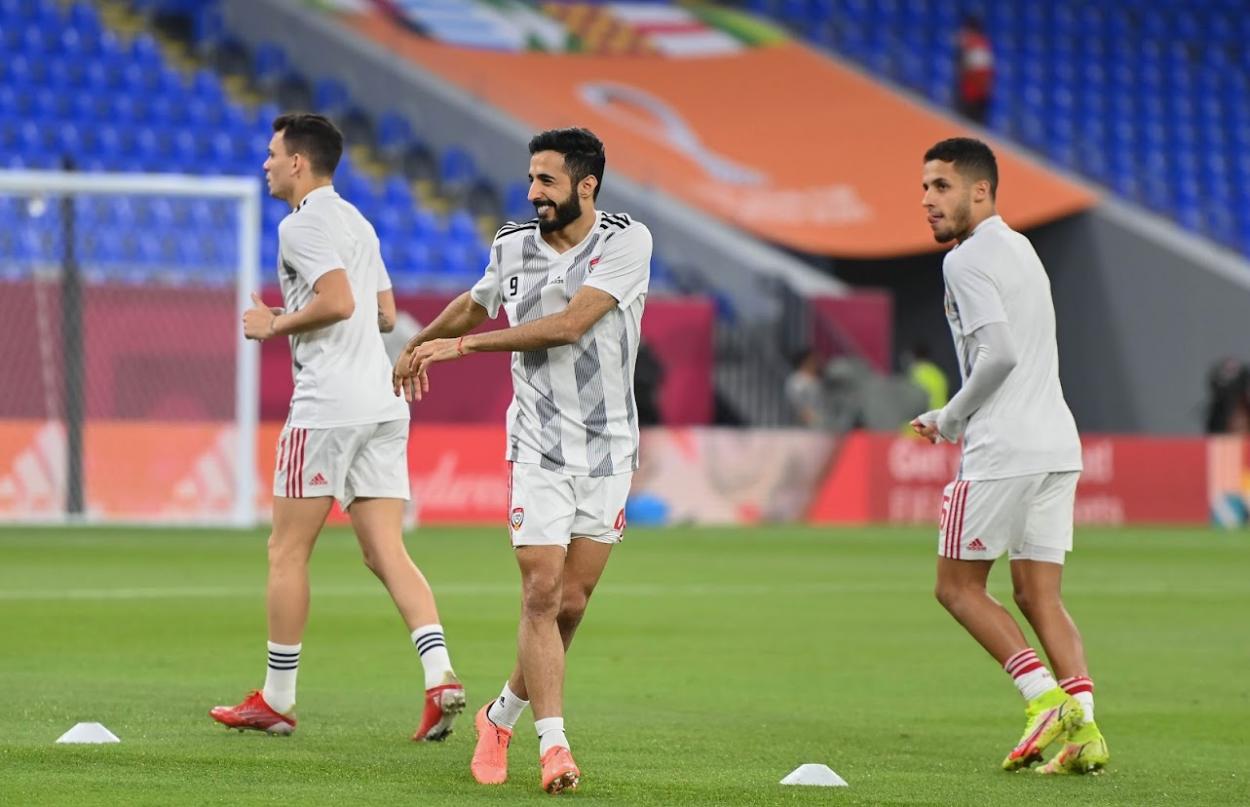 This was the UAE's arrival this afternoon at the 974 Stadium, a venue that will be a World Cup venue for Qatar 2022, but will be demolished due to its conditions.

Two Group A matches have already taken place today, with hosts Qatar defeating Oman 2-1 and Bahrain and Iraq playing to a goalless draw.
9:34 AMa year ago

How does Mauritania arrive?

After being thrashed by Tunisia in the first matchday, Mauritania urgently needs a win or at least a point to avoid elimination on Friday.
9:29 AMa year ago

How does UAE arrive?

The UAE had a difficult start, but in the end managed to pull out a 2-1 victory over Syria and, with a win this matchday, would qualify for the next round of the Arab Cup.
9:24 AMa year ago

Mauritania and UAE continue Thursday's Arab Cup action when they go head-to-head in the second matchday of Group B. We begin our coverage of the game.
9:19 AMa year ago

Do not miss a detail of the match with the live updates and commentaries of VAVEL. Follow along with us all the details, commentaries, analysis and lineups for this Mauritania vs UAE match for the Arab Cup.
9:14 AMa year ago

What time is Mauritania vs UAE match for Arab Cup?

This is the start time of the game Mauritania vs UAE of 3rd December in several countries:

It should be noted that this will be the first official match between the Mauritanian and UAE teams.

On the last matchday, Mauritania will face Syria and the UAE, most probably for the top of the group, will be playing against Tunisia.

Of Brazilian origin, but naturalized for UAE, Caio Canedo is one of the most unbalanced players in the offense and with the ability to get into the opponent's area, as it happened against Syria where he was one of the scorers. 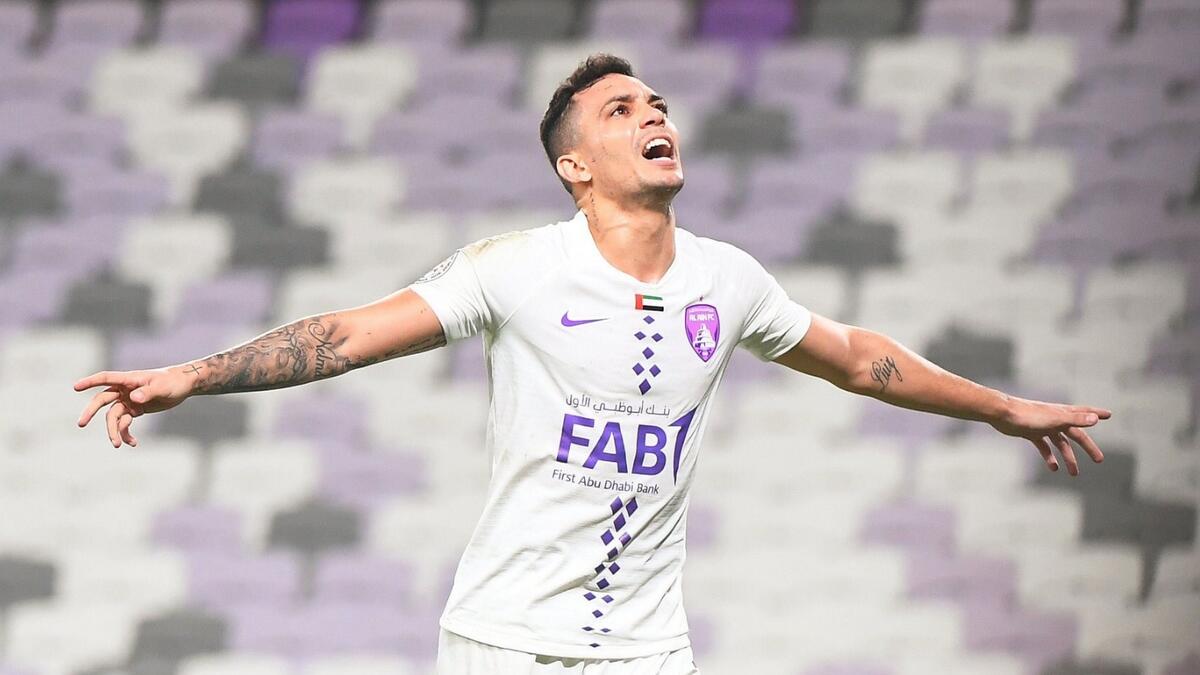 Moulaye Ahmed El Khalil was one of the most dangerous players in the last third of the field in the first match and was the scorer of the only goal in the defeat they received, so he should have more contact with the ball so that the offensive volume can grow. 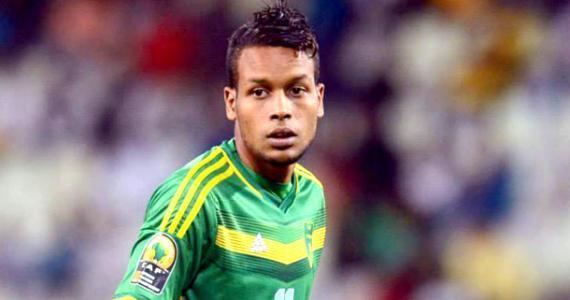 Although they won 2-1 against Syria in the first matchday and with another victory they could be assured of advancing to the next round, UAE will have to be more efficient in the final zone in order not to be in trouble, especially in the last minutes, as they were in their debut.
8:39 AMa year ago

Mauritania, if they do not want to leave the tournament quickly, will have to get at least a point to stay alive, and the priority will be to put in order the defensive aspect in which they suffered too many problems in the opening match when they lost 5-1 against Tunisia.
8:34 AMa year ago

Welcome to VAVEL.com’s LIVE coverage of the Arab Cup: Mauritania vs UAE!