A free kick shot by Flores ends up in the hands of the Chilean goalkeeper.
11:50 PMa year ago

Goal, goal, goal for Chile! Parra's cross is sent into the back of Acevedo's goal.
11:47 PMa year ago

Changes in Mexico. Mauro Lainez and Marcelo Flores are substituted for Córdova and Uriel Antuna.
11:46 PMa year ago

Beltrán's shot, but it goes slightly over the goal.
11:46 PMa year ago

Beltrán's cross is headed by Beltrán but fails to give it direction.
11:34 PMa year ago

The one that failed! Córdova was all alone in the box, but his shot went wide of the goal.
11:31 PMa year ago

Changes in Mexico. Fernando Beltrán and Israel Reyes are substituted for Alfonso González and Jordán Silva.
11:29 PMa year ago

Goal, goal, goal for Mexico! After Córdova's free kick, Silva appeared inside the box, got up and headed the ball into the back of the net.
11:28 PMa year ago

Antuna tried to get to the ball, but Perez ended up keeping the ball.
11:24 PMa year ago

Julián Araujo prevents the Chilean saga from getting close to Acevedo's goal.
11:17 PMa year ago

Montes makes a dangerous run, but Córdova prevents him from entering the area.
11:12 PMa year ago

The second half gets underway in Texas.
11:11 PMa year ago

Halftime arrived with the game tied at one goal.
10:49 PMa year ago

Excellent save by Acevedo, preventing Chile from shooting at his goal.
10:40 PMa year ago

Araujo correctly intercepts Chile's arrival and ends up tapping the ball in.
10:37 PMa year ago

Reyes' cross, but no one appears in the goal and no one gets a shot off.
10:35 PMa year ago

The ball is quite tight, the teams are not giving any space.
10:27 PMa year ago

Goal, goal, goal for Chile! A series of attempts by the Chilean striker that Acevedo pushes away, but the ball is left to Morales who sends the ball into the back of the net.
10:23 PMa year ago

The ball is very hard fought in midfield, both teams are looking to generate danger, but the ball is more in the Chilean area.
10:14 PMa year ago

Goal, goal, goal for Mexico! Antuna's cross is flicked on by Giménez to send the ball into the back of the net.
10:08 PMa year ago

Goalkeeper! Acevedo clears the ball with his left foot after a header.
10:05 PMa year ago

Both teams are already warming up before the start of the match, in which they will be looking to put on a great show.
9:45 PMa year ago

The Chilean national team is also already at the venue where this last match of the year will be played, looking to emerge victorious.
9:43 PMa year ago

Mexico is already at the Q2 Stadium, Gerardo Martino will be looking for a victory with this team, a squad in which many have been called up for the first time to the Senior National Team.

Debut in the arch

Carlos Acevedo received his first call-up to the National Team and, after Alfredo Talavera's injury, he will make his debut tonight in the match as goalkeeper.
9:32 PMa year ago

The fans are already beginning to make their presence felt at the Q2, despite being a friendly duel, the support can already be felt in the Texas building.
9:24 PMa year ago

For this match, Gerardo Martino called up young players who have been involved in youth national teams, in order to give them a chance to get to know each other and see how they perform.
9:17 PMa year ago

The last time Mexico and Chile faced each other was in 2019, when the score was three goals to one in favor of the Mexicans.
9:12 PMa year ago

Thirty-two matches have been played between these teams, of which Mexico has won 16 against Chile's 12, in addition to four matches that ended in a draw.
9:07 PMa year ago

Welcome to the up-to-the-minute coverage of the friendly match between Mexico and Chile, this match closes the TRI's soccer year and they will be looking for a victory. We will soon share with you the most relevant information as well as the confirmed line-ups.
9:02 PMa year ago

Stay tuned for live coverage of Mexico vs. Chile

In a few moments we will share with you the starting lineups for Mexico vs Chile live, as well as the latest information from the Q2 Stadium. Keep an eye on the action with VAVEL's minute-by-minute live online coverage.
8:57 PMa year ago

How to watch Mexico vs Chile Live Stream on TV and Online?

If you want to watch the game Mexico vs Chile live on TV, your options is: ESPN.

Gerardo Martino spoke prior to El Tri's last friendly match of the year: "We have prepared the same as we do for every match, whether they are qualifiers, friendlies or any tournament and regardless of the players called up, every game is important, this one is no less important and we try to prepare them in the best way so that people can see a good Mexico and be able to achieve a good result".

"From the place I occupy within Mexican soccer, I try to contribute things that are more convenient for Mexican soccer and the selections, I would be wrong if there are issues that could improve Mexican soccer if I did not expose them. At that moment I explained the situation to them, mine is just another opinion, I am the coach of the national team, nothing more."

"We know that it happens a lot in various places, that they have options to play for different national teams. He (Galdames) participated with Mexico's youth teams, we knew that Chile was considering him, we did our thing and he is ready and willing. (Marcelo) awakens the illusion that every spectator has of seeing a different kind of soccer player, a player with a different attitude, always asking for the ball, facing, offering plays that are out of the script. He is a young player, with whom we must be patient.

"Marcelo awakens the illusions that every spectator has of seeing a different kind of player, a player with a different attitude, always asking for the ball, facing the ball, offering plays that are out of the script.

"He is very young, take him slowly, do not put too much weight on his shoulders, he is earning a place in the National Team's consideration, we have expectations that he can continue, but being prudent towards the future".

"In that game against Ecuador there was Jesus Angulo and then they appeared in the games against the United States and Canada. I like them to feel that they can earn a place. Let them have no doubt that when they do things right they will have their chance."

"The reality is that today our main concern is January and March in the qualifiers. We then have an important summer with a number of matches that will surely be in the USA and in August-September other tests with important rivals.  If there is a match in Europe, it will be with a previous World Cup match".

"The fact that they can live together and train gives us a good feeling and an important reading of what these boys can be in the near future. We hope they enjoy themselves and that they can show their soccer qualities on the pitch. The reasons why a coach calls a soccer player are what they have to expose in soccer matches, and that is what we want them to do."

"They usually play with other players in the qualifiers, their call-up is similar to ours, with players from the Chilean environment and some from Mexican soccer. We see a call to observe young players who may have the possibilities to participate in the qualifying matches. They are fighting for a place in the World Cup and the search is quite similar with them, as well as with us."

"We will surely use the number of changes we have to see the majority of the players.

To close the year well

Chile arrives after a victory against Paraguay and a defeat against Ecuador, a situation for which they will seek to close the soccer year by beating the Mexican National Team. 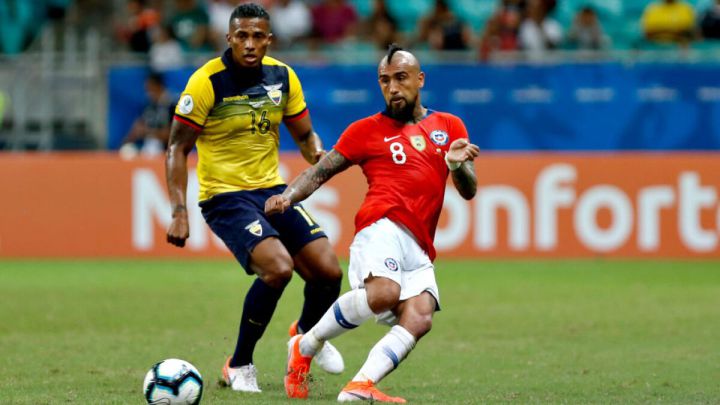 To get back on their feet

Mexico team arrives after losing its last two matches played during the FIFA date, a situation that Martino will try to reverse and come out with a victory; however, this time the squad has many new faces and a lot of young players, a situation that could complicate their chances of winning this tournament. 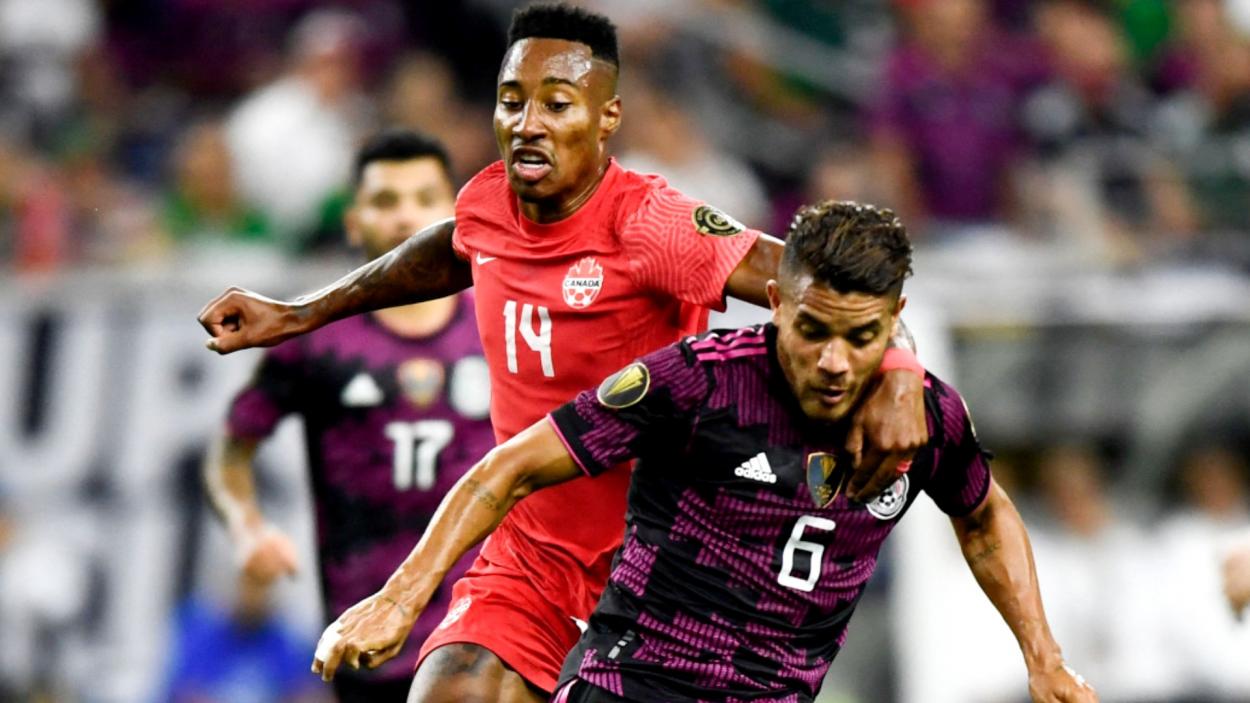 The match will be played at the Q2 Stadium.

The Mexico vs. Chile match will be played at Q2 Stadium, located in Austin, Texas. The stadium has a capacity of 20,738 people.
8:32 PMa year ago

Welcome to VAVEL.com’s coverage of the 2021 Friendly match: Mexico vs Chile Live Updates!