It's over! Getafe wins by the minimum with a goal in the last minutes.
2:22 PMa year ago

Darío Poveda's shot, but the ball ends up in the goalkeeper's hands.
2:17 PMa year ago

Sandro is sent through on a delayed ball, the player drives and sends a shot, but Herrera deflects it with his hand.
2:03 PMa year ago

Jankto's cross, but the Osasuna defense ends up clearing the ball.
2:01 PMa year ago

Sandro sends a tremendous shot, but the ball ends up in the stands.
1:45 PMa year ago

Suárez's cross, but it ends up in Herrera's hands.
1:37 PMa year ago

Aleña's cannon shot, but Herrera dives to save the dangerous shot.
1:36 PMa year ago

The action resumes for the second half.
1:17 PMa year ago

The first half ends, with both teams keeping a clean sheet at halftime.
1:15 PMa year ago

Maksimovic's shot, but the ball ends up going wide.
1:09 PMa year ago

Excellent play that culminates in Damian's attempted cross, but the defense prevents the play from growing.
12:59 PMa year ago

Sandro's cross was met by Unal's shot, which ended up in the goalkeeper's hands.
12:53 PMa year ago

Sandro arrived with great danger, but the referee ended up signaling offside.
12:53 PMa year ago

Unal's cross was headed by Unal, but the ball went wide.
12:39 PMa year ago

Garcia's cross, but Maksimovic is alert and averts the danger.
12:32 PMa year ago

Actions kick off at the Alfonso Pérez stadium
12:29 PMa year ago

Both teams take the field and warm up prior to the start of the match.
12:15 PMa year ago

Osasuna is already at the Alfonso Pérez, tonight they will look for the difficult task of beating Getafe at home.
12:13 PMa year ago

Getafe is already in the building, here they will try to get three points and move further away from the relegation zone.

Since 2019, Osasuna has accumulated eight matches without a win against teams from Madrid in this competition, in addition to failing to score in seven of these.
12:01 PMa year ago

Osasuna have only won one of their twelve away duels against Getafe, this was in 2018 and they came out victorious with a score of 2-0.
11:57 AMa year ago

Quique Sánchez Flore spoke before the match: "I think the team is ready to get out of the relegation places and stay out. However, we are facing opponents in need".
11:49 AMa year ago

Of the 24 matches played between these teams, Getafe have kept 15 clean sheets, more than against any other rival.
11:44 AMa year ago

Getafe have lost only two matches against Osasuna out of their last fifteen and both were at Osasuna's home.
11:39 AMa year ago

Good morning, welcome to the coverage of the match between Getafe and Osasuna, match that corresponds to the 18th round of LaLiga. We will soon share with you the lineups, as well as the most relevant information prior to this match.
11:34 AMa year ago

Stay tuned for the Getafe vs Osasuna live stream.

In a few moments we will share with you the Getafe vs Osasuna live starting lineups, as well as the latest information from the Estadio Alfonso Perez. Don't miss any details of the match with VAVEL's minute-by-minute live online coverage.
11:29 AMa year ago

How to watch Getafe vs Osasuna Live Stream on TV and Online?

If you want to watch the game Getafe vs Osasuna live on TV, your options is: ESPN.

Jagoba Arrasate, Osasuna's coach, spoke before the match: "Sunday's match is very important. We come from a few draws, which in the end is always positive, but we want to make it three out of three, although not losing is always important against these rivals. They are a rival that is in a low level, that is hurt after yesterday's result and that in the league lately is much better. We have a very complicated match ahead of us and what we want is to get a good result and leave with a good taste in our mouths".

"They are aware that it is an important match, at home they have beaten Cadiz 4-0, 0-0 with Athletic, they are conceding very little and are a very solid team, but we also have to understand that it is a very important match for us because winning would give us a terrible boost."

He also spoke about his qualification in the Copa del Rey: "I'm happy because the objective has been achieved. Yesterday we already said that we had a difficult and even match and so it has been. We faced a great Dépor and it's true that it was very difficult for us. I think that goal late in the first half, practically the last action, gave us some calm and we were a little better. Then, with the 1-2, we had some dangerous situations, but we didn't have the match under control at any time because I think Dépor played a great match. So, I'm more interested in the pass, in the positive things. People have accumulated minutes, the strikers who have started have scored goals.... There are positive things, but it was very difficult for us".

To climb up the ladder

Osasuna arrives after a two-goal draw against Barcelona, the team is in tenth position and will be looking to climb to a better position. 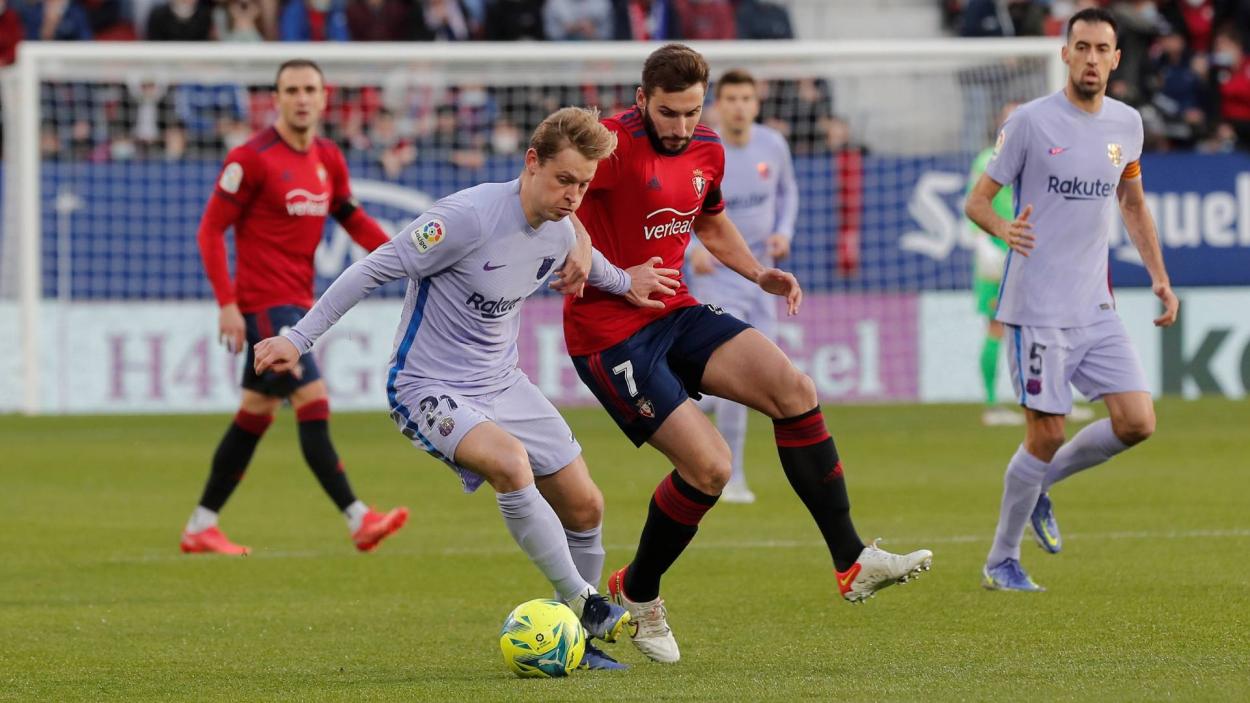 Urgent to get out of the bottom

Getafe has not had a good season, they are in the penultimate position of the general table and for this duel they will be looking for three points. In their last match they drew against Alavés to one goal. 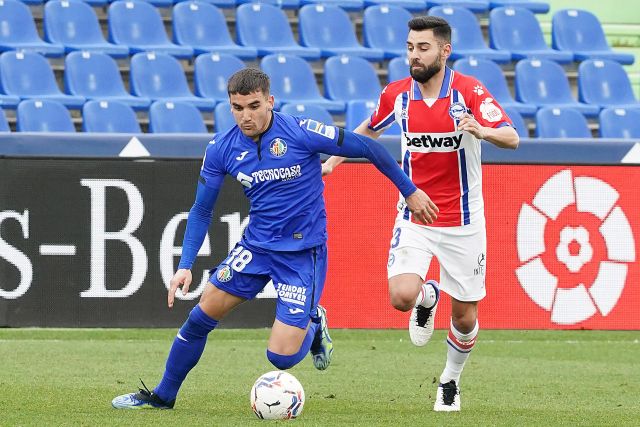 The match will be played at the Alfonso Pérez Stadium.

The match of Getafe vs Osasuna will be played at the Alfonso Pérez Stadium, located in Getafe, Spain. The capacity of the stadium is 17,000 people.
11:04 AMa year ago

Welcome to VAVEL.com’s coverage of the 2021 LaLiga match: Getafe vs Osasuna Live Updates!