It's over! Great show at Carlos Vega and Chivas beats Mineros.
8:54 PM5 months ago

Goal, goal, goal for Mineros! Luis Hernandez closes the gap for the home side.
8:51 PM5 months ago

Close! Dangerous shot by Briseño, but the ball goes over the top.
8:43 PM5 months ago

Hernández's header, but the ball ends up going over the goal.
8:37 PM5 months ago

Mineros tries to generate danger, but is unable to get past the Chivas defensive line.
8:28 PM5 months ago

Close! Angulo tried inside the area to define, but he failed to control and Gonzalez kept the ball.
8:22 PM5 months ago

The ball is being very disputed, few dangerous arrivals by both teams.
8:16 PM5 months ago

A dangerous shot by Chivas, but the ball ends up going over the goal.
8:08 PM5 months ago

Mascorro's cross, but no one appears to close the pincer.
7:42 PM5 months ago

Goal, goal, goal for Chivas! Calderón receives inside the box and sends a tremendous shot, but the keeper doesn't prevent the third goal.
7:39 PM5 months ago

Briseño takes a free kick, but the ball goes just over the goal.
7:34 PM5 months ago

Vega's shot, but Gudiño holds the ball without problems.
7:34 PM5 months ago

Goal, goal, goal for Chivas! Jesus Molina receives the ball inside the box and sends in an accurate header to increase the lead.
7:29 PM5 months ago

Goal, goal, goal for Chivas! A poor start by the home side, Calderón steals the ball and Jesús Ángulo sends in a shot to open the scoring.
7:27 PM5 months ago

Dangerous shot by Calderón that ends up being deflected by Óscar González.
7:16 PM5 months ago

The ball was delayed and the ball ended up in the stands after a shot from the Chiva striker.
7:12 PM5 months ago

A through ball for the Chiva forward, but Horacio Torres intervened and prevented the play from getting any bigger.
7:04 PM5 months ago

Kick-off at the Carlos Vega Villalba stadium
6:59 PM5 months ago

Both teams are already on the field and warming up prior to the start of the match, which will begin shortly.
6:49 PM5 months ago

Chivas is also already in Zacatecas, and the team led by Leaño will be looking to continue adding good results for the upcoming tournament. 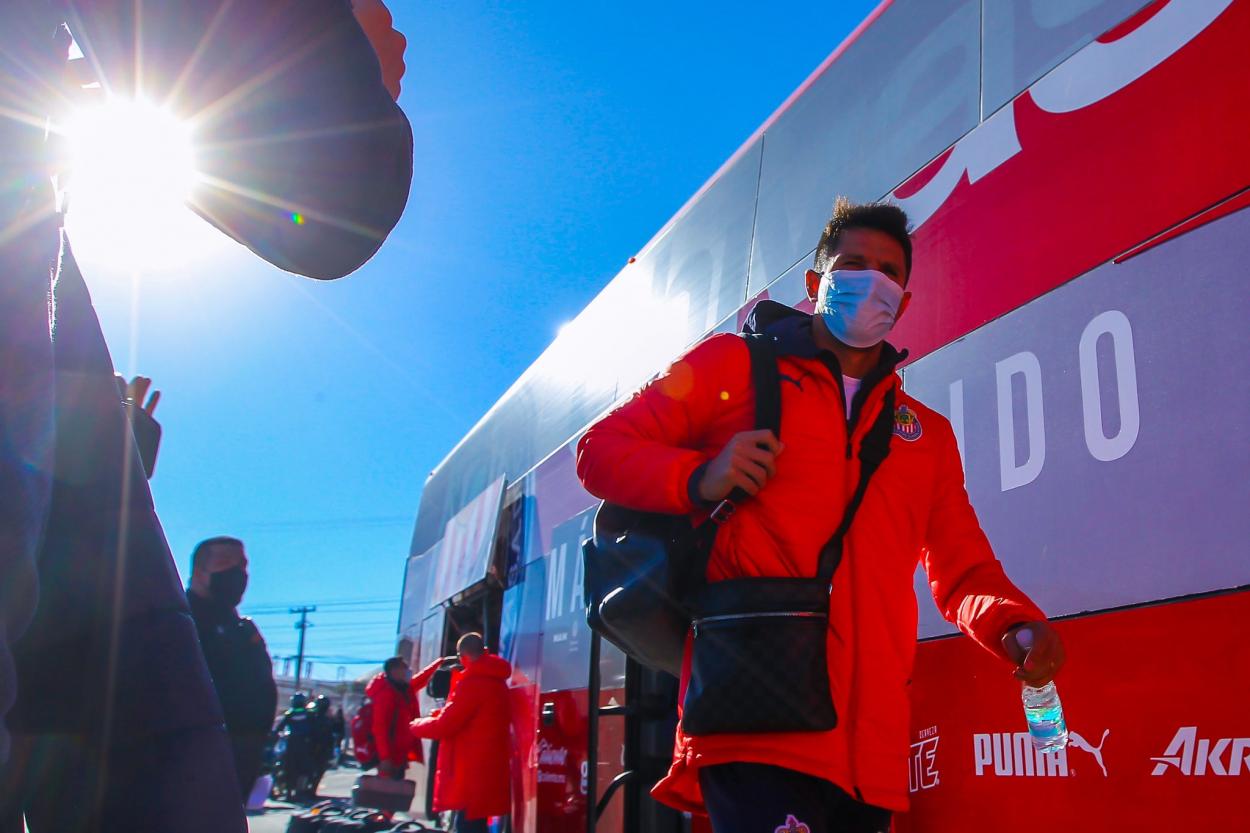 Mineros is already present at the Vega Villalba, this afternoon they will try to beat Chivas in another preparation match.
6:36 PM5 months ago

The people are already present at the Carlos Vega Villalba, looking to support their team and make their support felt to the locals.
6:32 PM5 months ago

Chivas has not been able to announce any additions for the Clausura 2022, something that all the fans are looking for in order for the team to improve in this upcoming tournament and show better results.
6:30 PM5 months ago

Chivas won 8 goals to 1 against Colima FC, with an outstanding performance by Fernando Beltrán, who scored a brace in this match.
6:16 PM5 months ago

Mineros' last preparation game was against Santos in Coahuila, where the Zacatecas team lost by a score of three goals to one.
6:11 PM5 months ago

Chivas fans are already in Zacatecas, the place that will host this duel that will be in benefit, in approximately one hour this match will start.
6:06 PM5 months ago

Good afternoon to all VAVEL readers, welcome to the minute-by-minute coverage of the match between Mineros and Chivas de Guadalajara, a friendly duel prior to the start of the Clausura 2022.
6:01 PM5 months ago

Stay tuned for the Mineros vs Chivas live stream.

In a few moments we will share with you the Mineros vs Chivas live starting lineups, as well as the latest information from the Carlos Vega Villalba Stadium. Don't miss any details of the match with VAVEL's minute-by-minute live online coverage.
5:56 PM5 months ago

How to watch Mineros vs Chivas Live Stream on TV and Online?

The match will not be broadcast on television.

If you want to watch it on internet, VAVEL US is your best option!
5:51 PM5 months ago

In the initial days of the start of their preseason, Ricardo Peláez spoke to the media: "What happened last tournament is a failure, suddenly the competition began and we improved, then we took a few steps, but the reality is that we did not meet expectations, we fell short and there is not much more to say, in fact, as Amaury and Marcelo said in the press conference, we failed last tournament".

"Any player who is Mexican and who has potential, who improves our performance and strengths, but above all who wants to come to Chivas, is an option."

"I see this squad suddenly going to the 'Volcán', facing Rayados, América, even in the Liguilla, which competed with León and I am convinced that there is human material to compete toe-to-toe with the teams contending for the title and, furthermore, to do so on any field."

"I see a more compact team, we closed the tournament well, I think we defended better, we attacked as a block and we showed a general improvement in soccer with and without the ball. We were a much more intense team, we saw it against América and Atlas despite the expulsions, against Tigres, also in Toluca and against Puebla, I think the team showed to be combative and then comes the lack of punch".

Back to the top

Chivas has not had a very pleasant few years in Liga MX; the team now coached by Michael Leaño has had little to talk about on the field and a lot to talk about off it. With this match, they will be looking to get in tune for this Clasura 2021 to return to their rightful place, the team has not had any highs yet, except for the return of Jose Carlos Van Rankin. 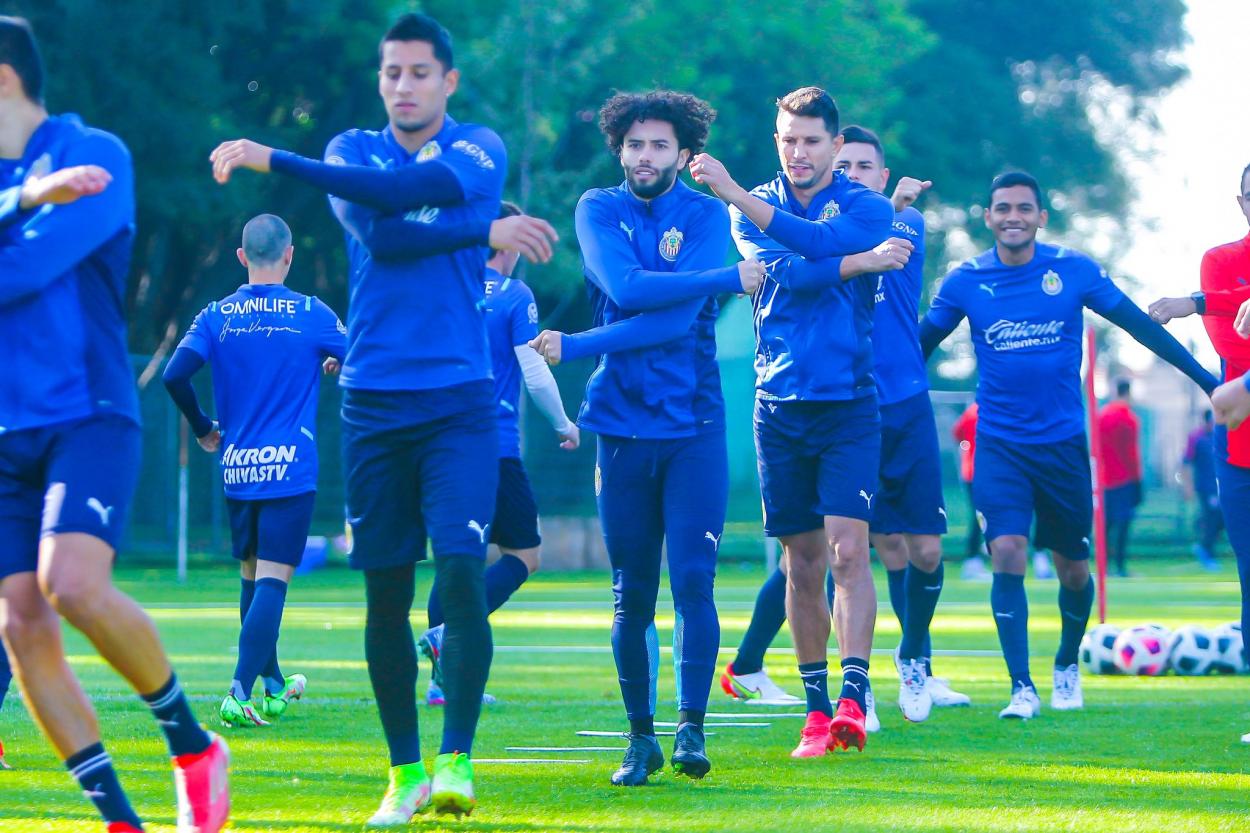 Mineros did perform well, but qualified for the playoffs in tenth place and ended up being eliminated by Tampico; however, they have already begun to build their team and several reinforcements are already arriving in all lines. 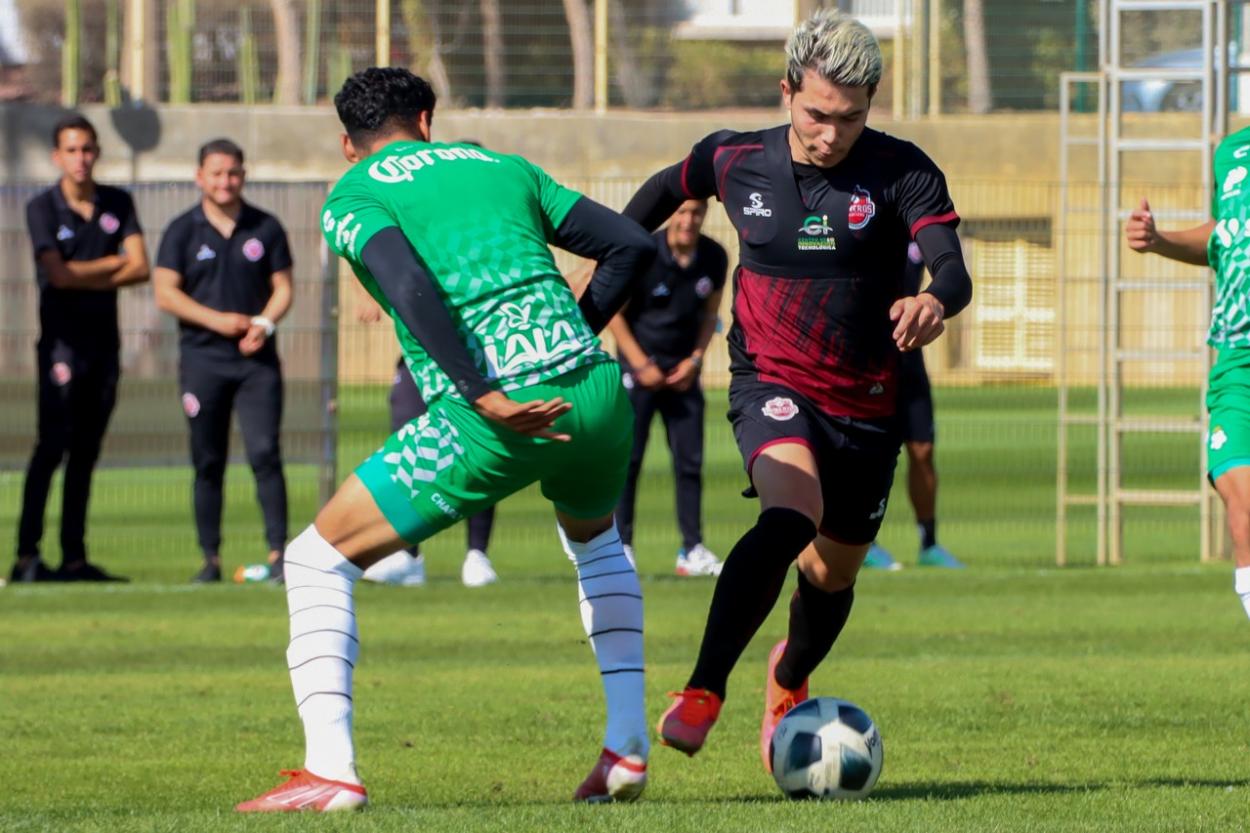 The game will be played at Carlos Vega Villalba Stadium.

The Mineros vs Chivas game will be played at Carlos Vega Villalba Stadium, located in Zacatecas, Zacatecas. The stadium has a capacity of 80,018 people.
5:26 PM5 months ago