Goal, goal, goal for Tigres! Salcedo sends a tremendous shot that ends up in the back of Acevedo's net.
11:54 PM4 months ago

Gignac's shot, but Orrantia prevents the shot from creating danger.
11:49 PM4 months ago

Thauvin's cross, but Felix Torres ends up preventing the play from growing.
11:46 PM4 months ago

Great play by Santos reaching the end line, but Andrade ends up preventing Gorriarán's cross from sending his shot into the goal.
11:42 PM4 months ago

Change of Santos. Aytor Preciado is replaced by David Andrade.
11:36 PM4 months ago

Thauvin's shot is blocked by the defense.
11:34 PM4 months ago

Offside! Gignac scores the equalizer with a great shot, but the referee signals offside.
11:32 PM4 months ago

Goal, goal, goal for Santos! Brian Lozano sent a shot from outside the box and Guzmán couldn't prevent the ball from entering his goal.
11:11 PM4 months ago

The match in Torreón restarts for the second half.
10:56 PM4 months ago

Rodriguez sent a delayed ball to Gonzalez, but the latter's shot ended up in Acevedo's hands with little force.
10:48 PM4 months ago

Close! A header by Gignac, but the ball ends up going over the goal.
10:44 PM4 months ago

Orrantia crosses to Orrantia, but the midfielder fails to control the ball well and misses a clear chance.
10:40 PM4 months ago

Vigón's shot, but the defense ends up deflecting the ball.
10:33 PM4 months ago

Thauvin came close to firing a shot on goal, but failed to make a good impact with the ball.
10:29 PM4 months ago

Little or nothing was generated by the teams in the first minutes of play.
10:18 PM4 months ago

The match is back and forth, with few arrivals by both teams without being able to define.
10:10 PM4 months ago

The action gets underway at the TSM.
10:01 PM4 months ago

Tigres is also already in Guerrero territory; Herrera's men want to kick off the tournament by taking home three points.
9:50 PM4 months ago

Santos is already at the TSM. Tonight, Caixinha will once again meet with the fans and will be looking to kick off the tournament and his new administration with a victory. 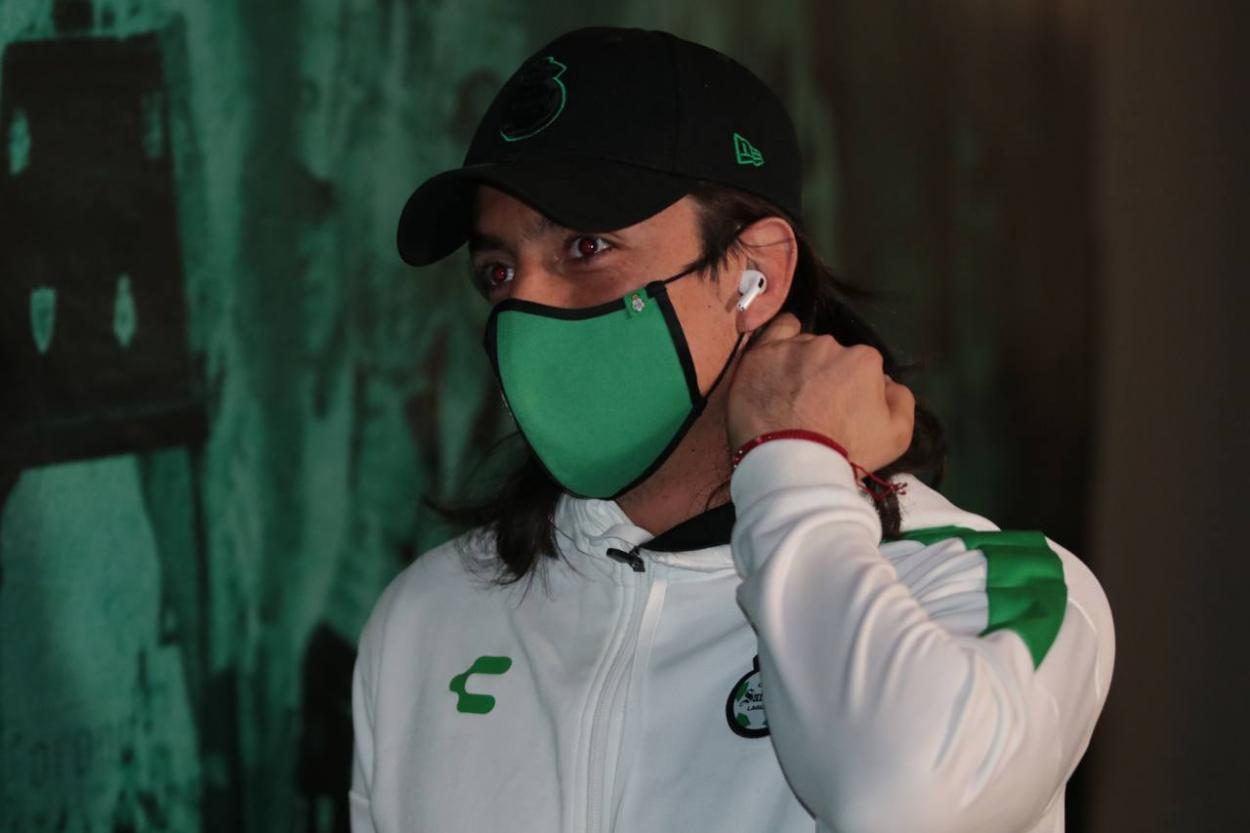 It makes it presence felt!

The fans of both teams are already entering the TSM, both will try to make their presence felt to support their respective teams and make three points in the first duel.
9:36 PM4 months ago

Fernando Gorriarán is the one the felines will have to pay special attention to, the player will be looking to generate danger and reach the rival goal.
9:31 PM4 months ago

Santos has gone five games without defeat, with three wins and two draws.
9:26 PM4 months ago

Leo' Suárez and Franco Pizzichillo were presented with Santos for this season, both looking to shore up the offense.
9:21 PM4 months ago

This match was postponed due to the high number of contagions in the Tigres team. There were 12 players who went out with COVID.
9:16 PM4 months ago

We are ready to bring you minute-by-minute coverage of the match between Santos and Tigres, the first matchday of the Clausura 2022. We will shortly share the most relevant information with you, as well as the confirmed line-ups.
9:11 PM4 months ago

Stay tuned for the Santos vs Tigres live stream.

In a few moments we will share with you the Santos vs Tigres live starting lineups, as well as the latest information from the TSM Stadium. Don't miss any details of the match with VAVEL's minute-by-minute live online coverage.
9:06 PM4 months ago

How to watch Santos vs Tigres Live Stream on TV and Online?

Miguel Herrera spoke prior to this match: "I am very happy with the squad we have put together, we have added two Mexicans to this great squad, we will be attentive and open, but we are not just bringing in players for the sake of bringing in players". "Whenever a tournament starts you have the option of revenge, we are happy and excited in this institution. We have been recovering the players who got infected and now we are solid to go to Torreón for points." "It has been difficult because during the week we were preparing for the match, the wave of all the infected players arrived". "Among the players we were recovering, Nico came out positive and now he was isolated, Thursday or Friday he will be tested again to see if he comes out negative." "Our priority is to bring in a central defender, the other position is not forced to be filled, the team is already very solid." "I don't see rivalry or duel of coaches, it's the players who go on the field and above all it's Santos vs Tigres, the institutions that are doing good work. "To me the board hasn't said anything about Salcedo's leave or an offer, that's why he's going to play tomorrow and if everything goes well on Saturday he'll also be on the field." "We are only waiting a few days for the tests, since Nico and Dueñas are the only players who are out".
8:56 PM4 months ago

Tigres is coming to this match after not having a good Apertura 2021, and the team coached by Miguel Herrera will be looking to get the tournament off to a great start. 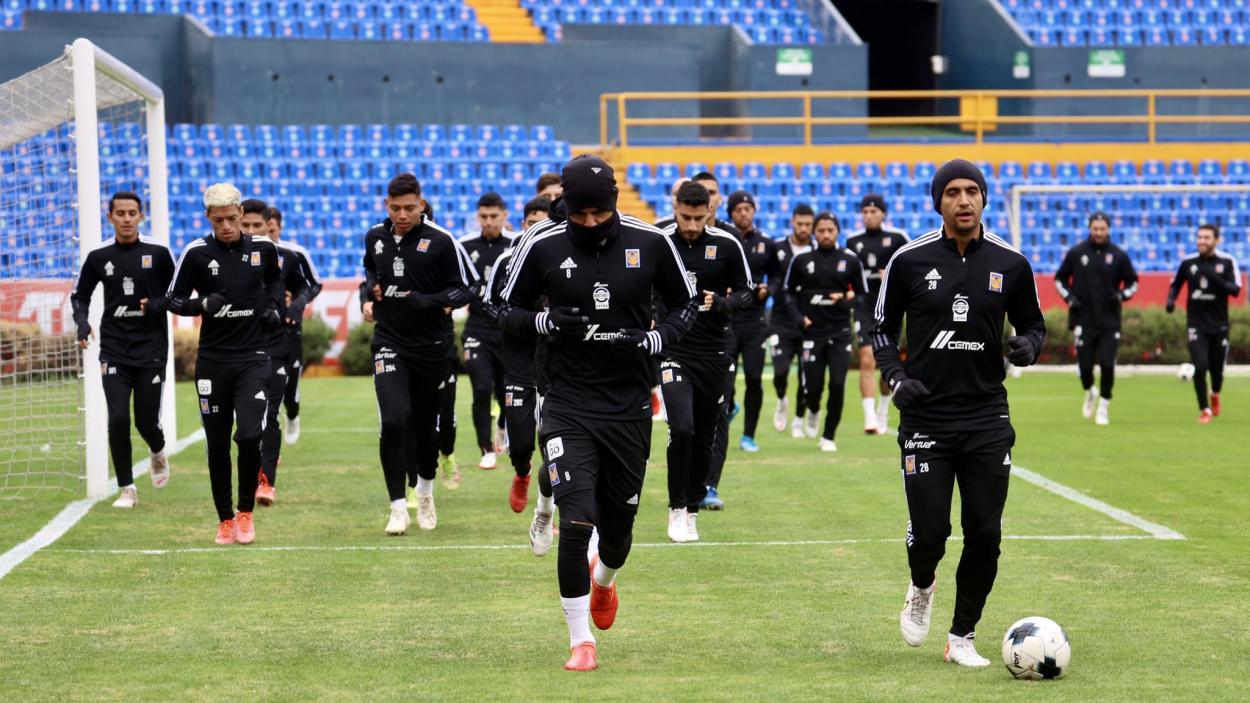 To write a new history

Santos arrives at this tournament with few new players, but for this tournament, the team now coached by Caixinha will be looking to return to the limelight and play a good match in order to get off on the right foot. 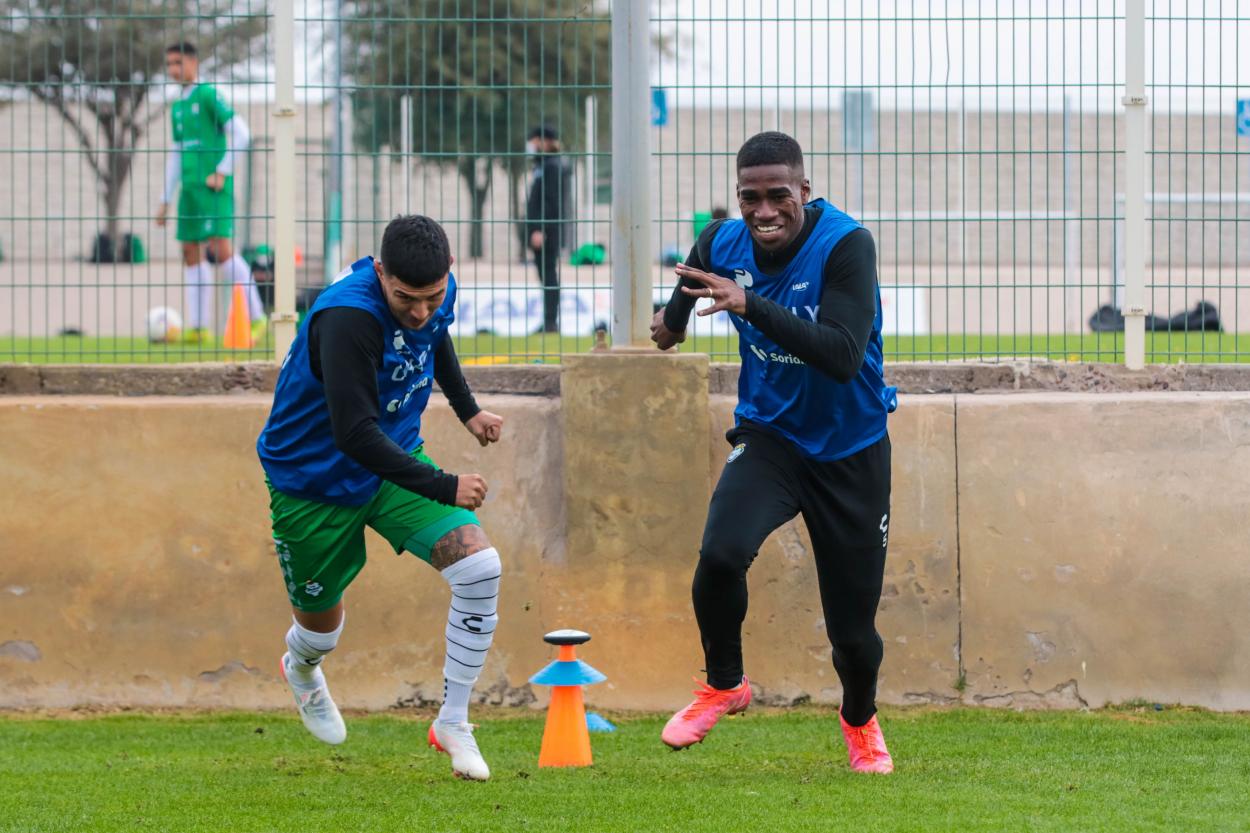 The match will be played at TSM Stadium.

The Santos vs Tigres match will be played at the TSM Stadium, located in Torreón, Coahuila. The stadium has a capacity of 30,000 people.
8:41 PM4 months ago