It's over! Peru defeats Jamaica categorically.
10:56 PM4 months ago

Jamaica tries to generate danger, but Lora ends up cutting off the play.
10:46 PM4 months ago

An attempt by Peru, but the ball ends up going out without generating danger.
10:36 PM4 months ago

Change of Peru. Iberico is replaced by Polo.
10:29 PM4 months ago

Goal, goal, goal for Peru! Valera enters the area alone and sends the ball into the back of the net.
10:28 PM4 months ago

Peru changes. Pena, Callens and Corzo come on for Calcaterra, Chavez and Lora.
10:28 PM4 months ago

Attempt to increase the lead by Iberico, but he fails to direct the ball.
10:11 PM4 months ago

Goal, goal, goal for Peru! Luis Iberico sent an accurate header that ended up in the back of the net.
10:09 PM4 months ago

The second half begins, both teams will look for the opponent's goal.
9:49 PM4 months ago

Little excitement between Jamaica and Peru in this first half.
9:44 PM4 months ago

Callens' shot, but the ball ends up going well over the top.
9:35 PM4 months ago

Corzo's cross, but the Jamaican defense clears the ball out of the box.
9:31 PM4 months ago

Brown's header, but Gallese ends up clearing the ball.
9:20 PM4 months ago

Lawrence's cross, but the ball goes wide.
9:11 PM4 months ago

The match started back and forth, with both teams looking to reach the opposing goal, but there was not much space.
9:02 PM4 months ago

Actions get underway at the Nacional de Lima.
9:00 PM4 months ago

Both Peru and Jamaica are already warming up for the match, which will kick off shortly.
8:47 PM4 months ago

The Peruvian national team has already arrived home and will be looking for a victory for its fans.
8:46 PM4 months ago

Jamaica is already present at the Peruvian stadium, the team coached by Theodore Whitmore will be looking for their first victory.
8:37 PM4 months ago

The last occasion in which these teams faced each other was in 2017, in this match Peru defeated Jamaica three goals to one, on behalf of the hincas Edison Flores, Renato Tapia and Paolo Guerrero were the scorers. Jermaine Johnson scored for Jamaica.
8:30 PM4 months ago

The Jamaican national team arrived in Peru three days in advance, in order to get ready and adapt to the climatic situation in Peru.
8:26 PM4 months ago

One more is added

Ricardo Thomas joined the Jamaican national team for this game, looking for minutes and a good performance. 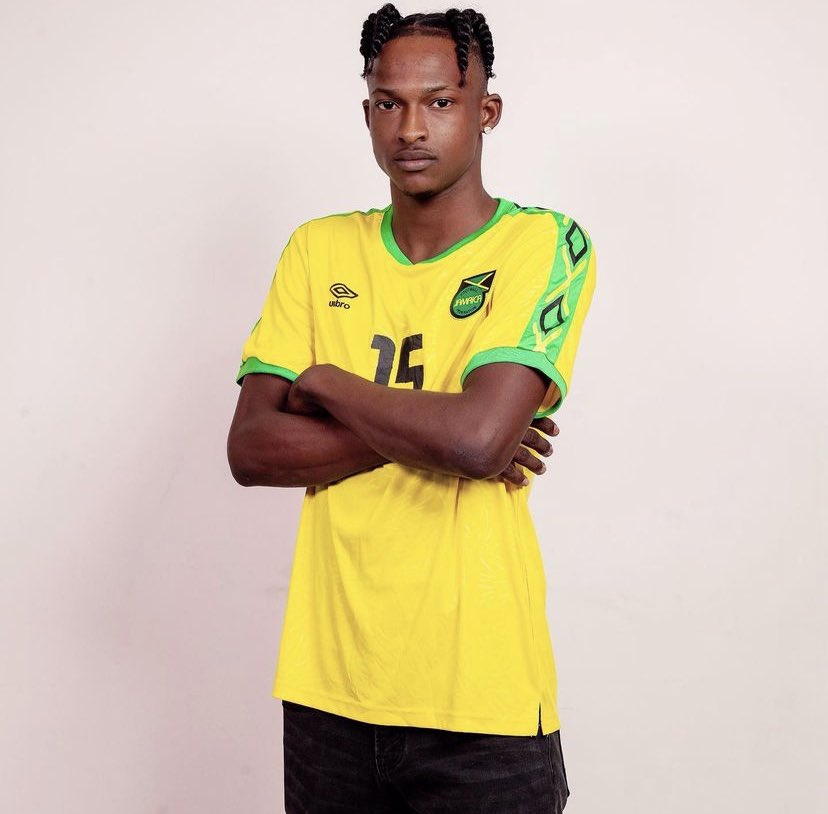 The government has already enabled the capacity for sporting events, so there is a great possibility that the fans will be able to accompany the national team in this match.
8:13 PM4 months ago

There will be broadcast!

The match can be seen on Star + screens in different countries, and you can also follow the minute by minute here on VAVEL.
8:08 PM4 months ago

Welcome to the coverage of the match between Peru and Jamaica, this is a friendly match. Shortly we will share with you the lineups of the match as well as the most relevant information of the match.
8:03 PM4 months ago

Stay tuned for live coverage of Peru vs. Jamaica

In a few moments we will share with you the starting lineups for Peru vs Jamaica live, as well as the latest information from the Estadio Nacional in Lima. Don't miss any details of the match with VAVEL's minute-by-minute live online coverage.
7:58 PM4 months ago

How to watch Peru vs Jamaica Live Stream on TV and Online?

The match between Peru and Jamaica will be broadcast on Movistar Deportes and Latina in Peru.

What time is the Peru vs Jamaica friendly match?

This is the kick-off time for the Peru vs Jamaica match on January 20, 2022 in several countries:

Pedro Gallese spoke after the draw against Panama: "This friendly preparation match is very useful for those of us who do not have continuity in our clubs right now to get ready for the two most important matches coming up against Colombia and Ecuador".

"It was a very close match, but it was very useful for us to play 90 minutes of soccer. "Against Colombia you have to go to win," he said about the next match they will have in the qualifiers.

"The coach is happy with all the teammates and now we will continue to work".

Jamaica will play a friendly match after a one-goal draw last year against the United States in the last FIFA date, and in this match they will look for a return to their good level. 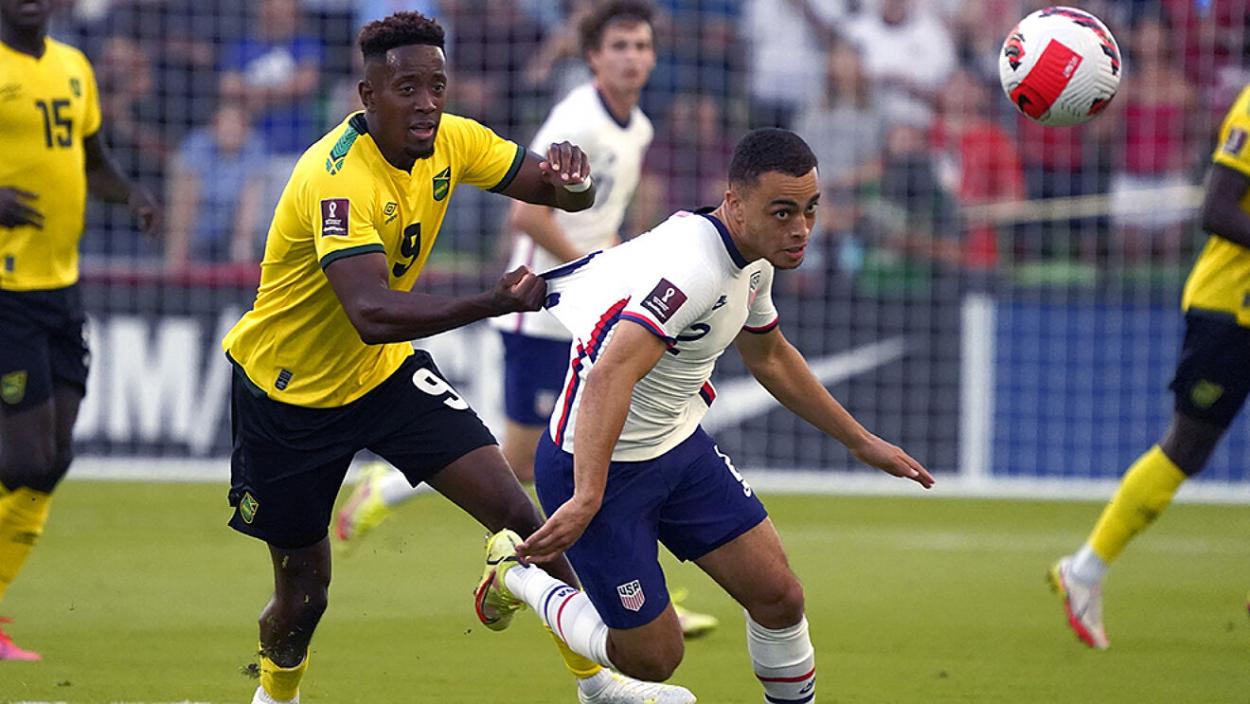 To keep up the pace

Peru drew 1-1 against Panama in a friendly match prior to the FIFA date in an attempt to get into rhythm for the last qualifying matches to qualify for the next World Cup. 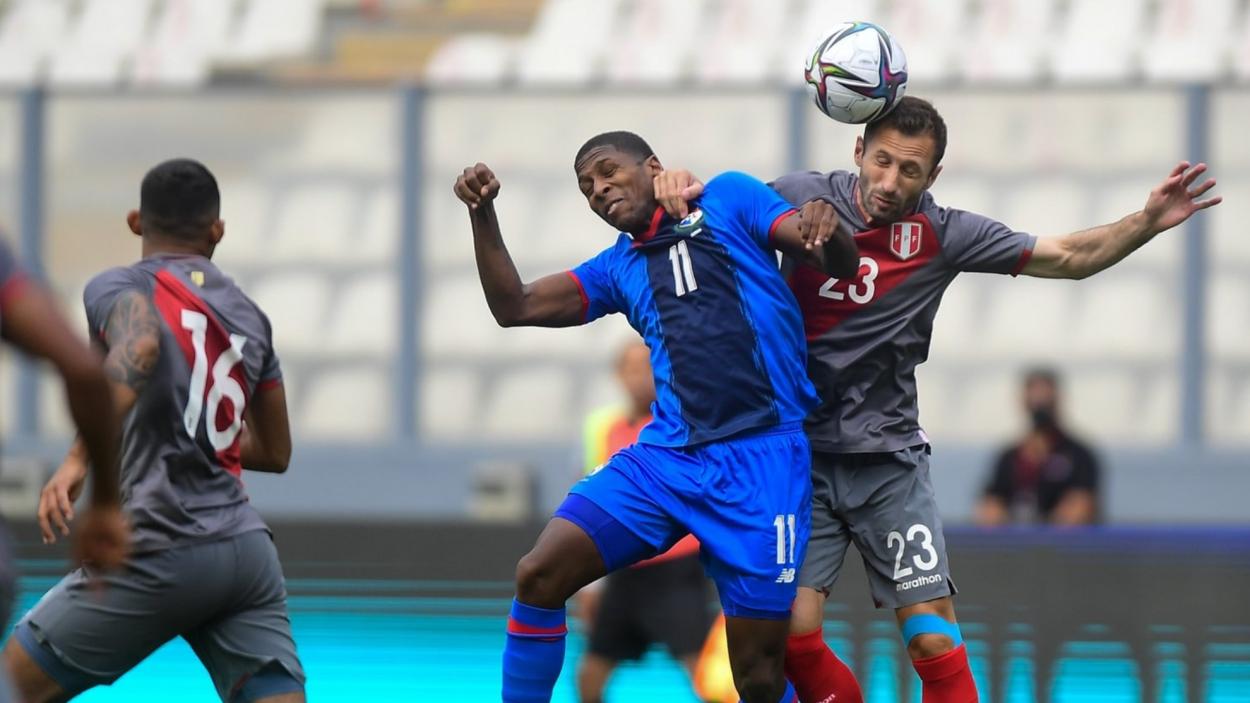 The match will be played at the National Stadium in Lima.

The Peru vs Jamaica match will be played at the San Mamés Stadium, located in Lima, Peru. The stadium has a capacity for 50,000 people.
7:18 PM4 months ago