HER2
END15 hours ago

Thank you for following the broadcast of the game between Congo and Bahrain, in friendly game 2022. See you next time.
12:53 PM4 months ago

Congo tries to tighten the scoring, but their attempts from outside the box have gone wide.
12:38 PM4 months ago

Mozongo with a mid-range shot that goes wide.
12:33 PM4 months ago

Now it is Bahrain that is changing with a couple of changes.
12:28 PM4 months ago

Congo made several changes with the mission of trying to tie this game.
12:23 PM4 months ago

A shot inside the box with an inside edge opens the score 1-0.

The second half begins between Congo and Bahrain.
12:13 PM4 months ago

A powerful header that Congo's goalkeeper saves under the three posts.
11:58 AM4 months ago

A mid-range shot from Bahrain passes close to the goal.
11:53 AM4 months ago

Congo makes a forced change following an injury.
11:48 AM4 months ago

A shot from half distance is now the goalkeeper of Bahrain who manages to save his goal with a great flight.
11:43 AM4 months ago

Congo's goalkeeper managed to deflect the shot with his fingernails to save his goal.
11:38 AM4 months ago

The match was much more even than expected, with Bahrain taking the initiative and coming close on a couple of occasions.
11:33 AM4 months ago

A slightly long service that the Bahrain striker fails to control inside the box.
11:28 AM4 months ago

Congo's corner kick is controlled by the goalkeeper and then, on the counterattack, a cross shot that passes through the area and finds no recipient.
11:23 AM4 months ago

The match between Congo and Bahrain kicks off.
11:18 AM4 months ago

We are minutes away from the start of the game between Congo and Bahrain at the Bahrain National Stadium.
11:13 AM4 months ago

This is the lineup with which the Congo team will take the field on Tuesday:

While Bahrain, no longer participating in the World Cup qualifiers, has no game scheduled for the coming months, it is very likely that in the course of the following weeks it will close some commitments.
11:03 AM4 months ago

On both March 23 and 29, Congo will face Morocco for one of the five berths to the World Cup on the African continent. The first leg will be played in Congo and the second leg at the Moulay Abdellah Stadium.
10:58 AM4 months ago

Congo held its last training session yesterday with a view to improving and aiming to qualify for the World Cup in a few months' time.

Meanwhile, Bahrain is also on a positive run with three wins out of four in their last official games against Cambodia, Honk Kong and Uganda, but lost by a landslide at home to Iran.
10:48 AM4 months ago

Congo has won three of their last four matches, with the exception of the match against Madagascar where they lost by the narrowest of margins as visitors. They also defeated Madagascar and Benin at home and Tanzania at home.
10:43 AM4 months ago

Congo was the favorite to beat Bahrain this Tuesday in the friendly game, where the most selected result was the score of 2 to 1.
10:38 AM4 months ago

They are still alive

The Democratic Republic of Congo is still alive in the African qualifiers and this is their last game before facing Morocco next March.
10:28 AM4 months ago

Tuesday is FIFA Day and the teams of Congo and Bahrain will take advantage of it to hold a preparatory game ahead of the final phase of the qualifiers for Qatar 2022. We begin with VAVEL's coverage of the game.
10:23 AM4 months ago

Do not miss a detail of the match with the live updates and commentaries of VAVEL. Follow along with us all the details, commentaries, analysis and lineups for this Congo vs Bahrain match for the Friendly Game 2022.
10:18 AM4 months ago

What time is Congo vs Bahrain match for Friendly Game 2022?

This is the start time of the game Congo vs Bahrain of 1st February in several countries:

It should be noted that these two teams have never faced each other in an official match, but this Tuesday will be the first time they will meet on the field because they have never played each other in friendly matches.
10:08 AM4 months ago

The team's center forward is Mahdi Abduljabbar, who is in charge of scoring goals for the Asian team and who has just scored a goal in the last friendly win against Uganda. 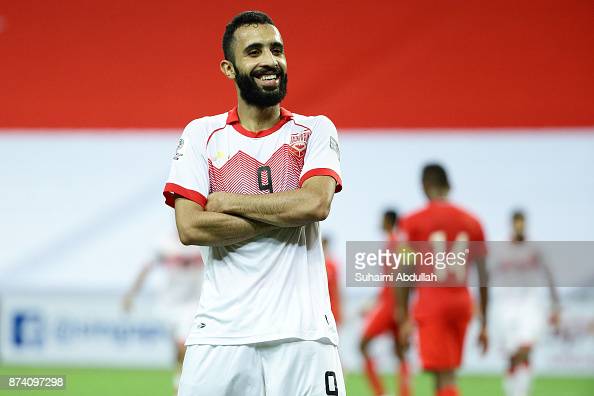 Dieumerci Mbokani is a man of great experience, who despite losing some speed, makes up for it with his good technique and wide knowledge of the area, being key for Congo to still have life to qualify for the World Cup.
9:58 AM4 months ago

Bahrain: heading for the next World Cup

Bahrain no longer has a chance to qualify for the next World Cup, so these games will be used to test players for the next qualifying round; their last game was played on January 27 with a 3-1 win over Uganda.
9:43 AM4 months ago

Congo: looking ahead to the last game

The team of the Democratic Republic of Congo had no activity as they did not qualify for the African Cup of Nations that is being played at the moment, however, they are one of the teams that are still alive to qualify for the World Cup and, as a last instance, they will have to face Morocco in a round-robin game, so if they win they will be traveling to Qatar.
9:38 AM4 months ago

The Congo vs Bahrain match will be played at the Bahrain National Stadium, in Riffa, Bahrain. The kick-off is scheduled at 10:00 am ET.
9:33 AM4 months ago

Welcome to VAVEL.com’s LIVE coverage of the Friendly Game 2022: Congo vs Bahrain!