The game was suspended due to incidents in the stands, the meeting will be scheduled.

The match is stopped due to problems in the stands.
8:24 PM2 months ago

Atlas gradually regained possession of the ball.
8:20 PM2 months ago

Gallos have control of the game but lack clarity in the final area of the pitch.
8:14 PM2 months ago

The Roosters are pressing at the start of the match and want the equalizer as quickly as possible.
8:09 PM2 months ago

The intensity of the game drops a little.
7:36 PM2 months ago

Querétaro insists after the visitors' goal, they want to tie the game quickly.
7:32 PM2 months ago

Gooooool for Atlas, Julio Furch scores the first goal of the match.
7:30 PM2 months ago

Intense match for both teams, a lot of fighting for the ball and at the moment there is no clarity for both teams.
7:15 PM2 months ago

Atlas seeks to generate dangerous plays in the face of the dominance of the Roosters.
7:11 PM2 months ago

Escamilla came close to opening the scoring for the Roosters, a great start for the home team.
7:05 PM2 months ago

First minutes of the match and the Roosters take the initiative in these opening minutes.
7:03 PM2 months ago

The match kicks off at the Corregidora stadium in Querétaro.
6:52 PM2 months ago

Everything is ready for the start of the match, the teams are about to take the field for the beginning of the match.
6:50 PM2 months ago

The two teams are warming up on the Corregidora pitch 20 minutes before kickoff.
6:40 PM2 months ago

This is the lineup of the red-and-black Atlas: 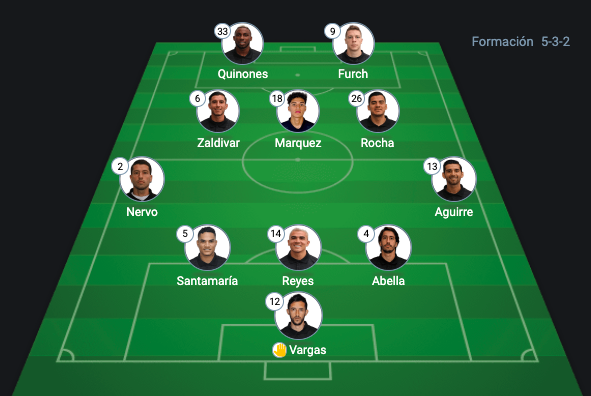 This is the lineup of Querétaro's white roosters: 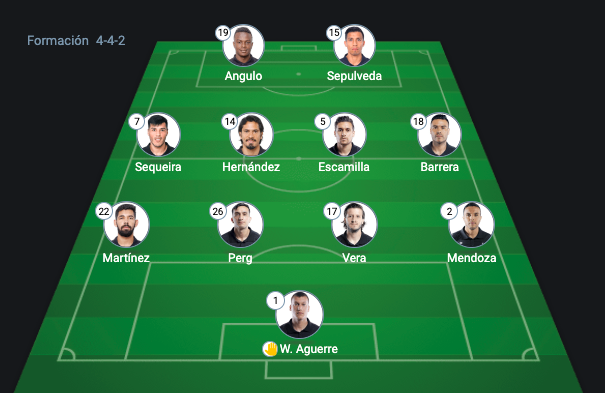 Querétaro failed to score goals against Atlas in three of their last four Liga Mx matches (1V 3D). In the only match in which they were able to score, Los Gallos were victorious (1-0).
6:25 PM2 months ago

In the last 8 meetings, the record shows 5 wins for Atlas, 2 draws and only 1 victory for Queretaro's Gallos Blancos.
6:15 PM2 months ago

Atlas has failed to score in its last three Liga Mx matches (1E 2D). The Zorros will be looking to avoid a fourth league clean sheet in more than a year, dating back to January 2021 (1E 3D).
6:10 PM2 months ago

The referee in charge of the match will be Fernando Guerrero.
6:05 PM2 months ago

The last time these two teams met was on November 4 last year at the Jalisco stadium, where the Red and Blacks won 2-0 against Querétaro's white roosters.
6:00 PM2 months ago

In a few moments we will share with you the starting lineups for Querétaro vs Atlas live, as well as the latest information on the match from the Estadio de la Corregidora.
5:55 PM2 months ago

Where and how to watch Querétaro vs Atlas Online and live.

The match will be broadcast on Fox Sports and the Fox Sports Play App.

Center forward born in Argentina is 32 years old and was the architect of the most desired title for the red and black fans, last tournament he played 17 games scoring 6 goals and 3 assists, in the current tournament he has played 5 games as a starter of 8 possible games even without scoring and has made 2 assists, he has not yet been called up with the Argentine national team, but he is a dangerous striker in the rival area and a danger for any defense. 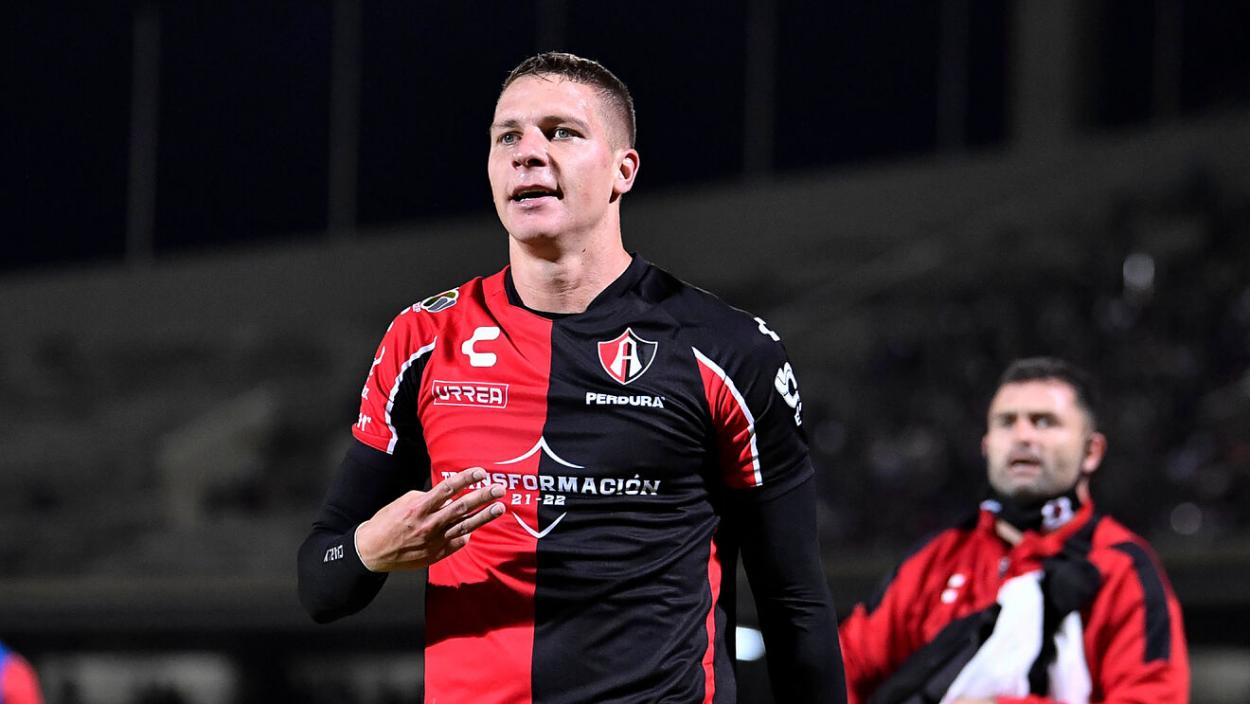 Mexican forward of 31 years old with an important step in the Liga Mx, currently in the tournament clausura 2022, he has 8 games played and 5 goals scored even without assists for the Mexican, he has already been called with the Mexican national team but has not had the luck he would have wished, he has 8 games as a starter and 2 goals only, he will seek to continue adding goals to his account and give the 3 points to the white roosters of Queretaro. 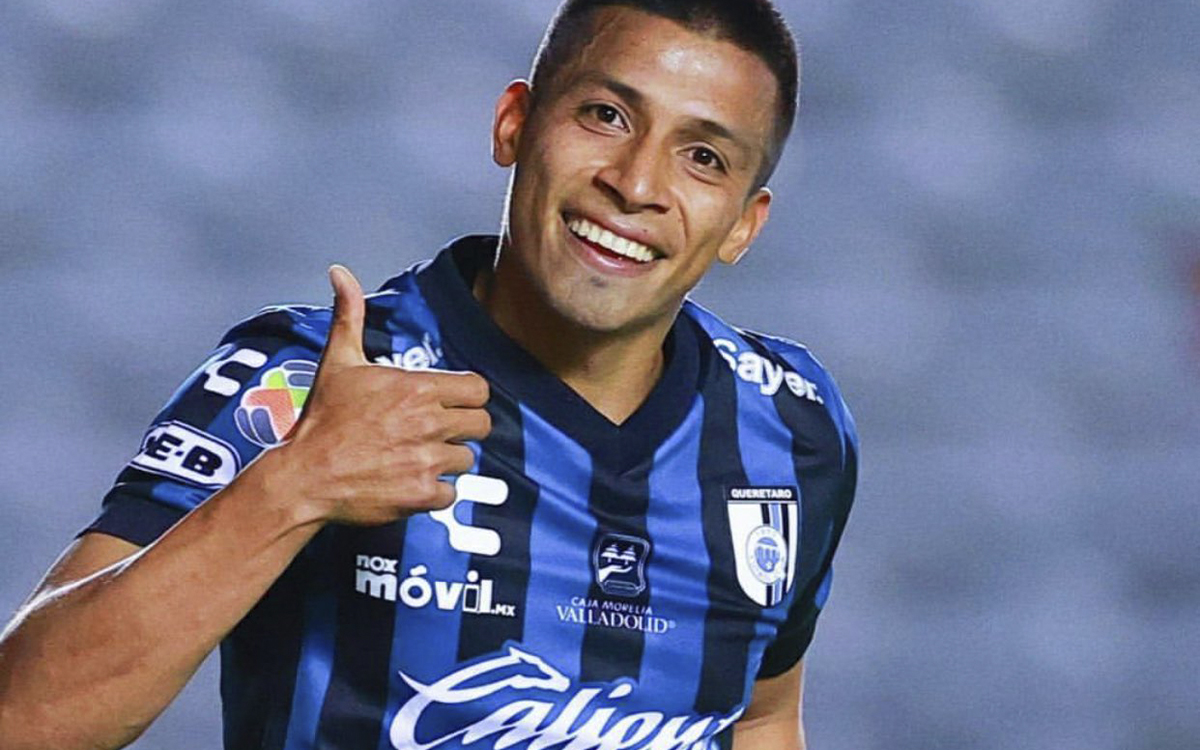 This is the latest lineup of the foxes: 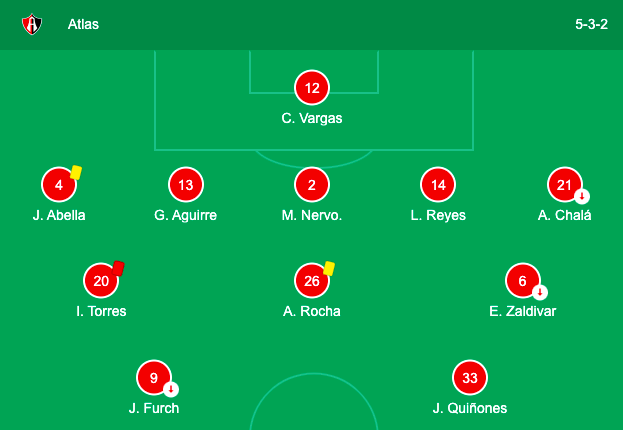 This is the latest lineup of the roosters: 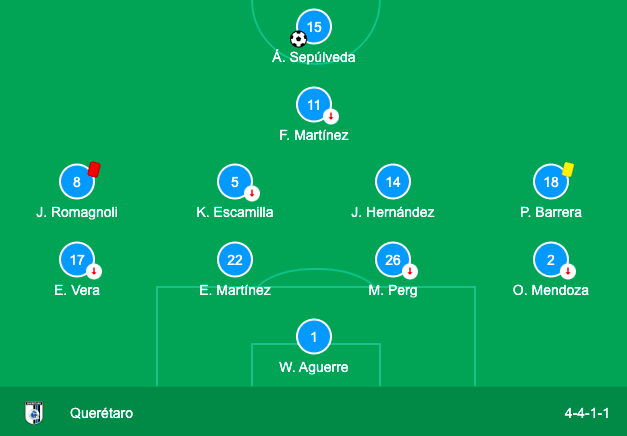 The Red and Blacks have lost their 2nd consecutive game, something that is not very common in the current Mexican soccer champion, their last victory was in match day 4 when they defeated Santos Laguna 2-1, since then they do not know the victory, and have fallen into a bad streak with 2 ties and 2 defeats, the Foxes are currently in 6th position and if they win they would reach 4th place being in direct qualification positions to the Mexican soccer playoffs.
5:25 PM2 months ago

They have found a more comfortable style of play with the arrival of coach Hernán Cristante and are currently in 11th position. If they beat Atlas, they would reach 7th position, which is why it is so important for Querétaro to get the three points.
5:20 PM2 months ago

Welcome to the Querétaro vs Atlas live stream, corresponding to matchday 9 of the Grita México Clausura 2022 tournament. The match will take place at the Corregidora Stadium at 17:00.