It's over! Sevilla beat West Ham by the narrowest of margins.
3:36 PM2 months ago

Sevilla remains on top of the goal, looking to increase the lead for the second leg.
3:27 PM2 months ago

They want the second one! Corona looks to score the second of the match.
3:25 PM2 months ago

Great intervention by Navas, who ends up preventing West Ham from tying the match.
3:15 PM2 months ago

None of the second! Ocampos sent an accurate shot that ended up going wide.
3:09 PM2 months ago

Close! Corona came close to scoring the second, but Zouma intervened and deflected the ball away.
3:04 PM2 months ago

Goal, goal, goal for Sevilla!  Munir sent a lethal shot that ended up in the back of Aréola's net.
2:56 PM2 months ago

Ocampos tried to send in a cross, but Aréola ended up keeping the ball.
2:49 PM2 months ago

The match restarts for the second half.
2:32 PM2 months ago

Halftime! Few emotions in the first half of the match.
2:24 PM2 months ago

Both teams are looking for the opponent's goal, but the score remains scoreless.
2:16 PM2 months ago

Again! En-Nesyri's header ends up in the goalkeeper's hands
2:08 PM2 months ago

Excellent intervention by En-Nesyri, preventing danger to his goal.
2:03 PM2 months ago

Goalkeeper! Sevilla came within a whisker of opening the scoring, but the visiting keeper ended up keeping the ball out of the net.
1:55 PM2 months ago

The match started without much excitement except for a couple of chances.
1:47 PM2 months ago

Action gets underway at the Sánchez-Pizjuán stadium
1:46 PM2 months ago

Both teams are already warming up on the pitch at Sevilla's stadium, looking to put on a good show.
1:32 PM2 months ago

West Ham is also already at the match venue, and will be looking for a victory in this difficult match.
1:31 PM2 months ago

Sevilla are already at the Sánchez-Pizjuán, where they will be looking for their first victory tonight and to take the lead that will bring them closer to the next round.
1:24 PM2 months ago

West Ham have not been this high in a European competition since 1980, and tonight they will be looking to continue making history.
1:19 PM2 months ago

This is what the Sáncheaz-Pizjuán looks like to receive Sevilla and West Ham and host the first duel of the quarterfinals.
1:14 PM2 months ago

David Moyes spoke ahead of the game, "They've won it six times and done very well, this season [to sit second in the league], but I also see it as a great opportunity, a great chance to play against one of the best teams in European soccer. They've been very good for many years, so it's a game we're really looking forward to."
1:09 PM2 months ago

Sevilla have to pay special attention to Anthony Martial, the striker accumulates 6 goals in all competitions, a number he will be looking to increase tonight.
1:04 PM2 months ago

The match against Sevilla will be the first time in 40 years that West Ham have faced a Spanish team in European competition, the last time was in the Cup Winners' Cup against Real Madrid.
12:59 PM2 months ago

We're back to bring you minute-by-minute coverage of the match between Sevilla and West Ham. We will shortly share with you the confirmed lineups, as well as the most relevant information about each team.
12:54 PM2 months ago

In a few moments we will share with you the starting lineups for Sevilla vs West Ham live, as well as the latest information from the Estadio Ramón Sánchez-Pizjuán. Keep an eye on the action with VAVEL's minute-by-minute live online coverage.
12:49 PM2 months ago

How to watch Sevilla vs West Ham Live Stream on TV and Online?

If you want to watch the game Sevilla vs West Ham live on TV, your options is: TUDN.

Julen Lopetegui spoke ahead of the clash against West Ham: "The team is excited and motivated. This is a very complex tie with the best team in the other group, who are fighting to be in the top four in the Premier League. We know the economic capacity and the level of players. They have a very experienced coach. The opponent is complex and the tie is very tough."
"The atmosphere and the support of the fans will be very important and we will need it, because of our situation and the level of the opponent. I have no doubt that no matter how many English people come, our fans will give us the energy we need.
"We will give the call-up list now, but we have too many absentees. A lot of them. I'm not going to list them now. The important thing is not what stays at home but those who come in. Maximum confidence in them and trying to generate to be a great team tomorrow despite the difficulties. The team is still competing on two fronts and within the complexity we are competing well."
"It's true that for West Ham it's a very important competition but for us too. They will be able to match us in excitement, not surpass us."
12:39 PM2 months ago

A positive result is urgently needed

West Ham comes into this match after losing in the Premier League to Liverpool by the minimum, which is why they will be looking to turn the page; however, they came into this match directly after finishing first in their group.
12:34 PM2 months ago

Sevilla arrives after a goalless draw against Alavés, in addition; to reach this round, the team led by Julen Lopetegui beat Dinamo Zagreb 3 goals to 1 on aggregate. 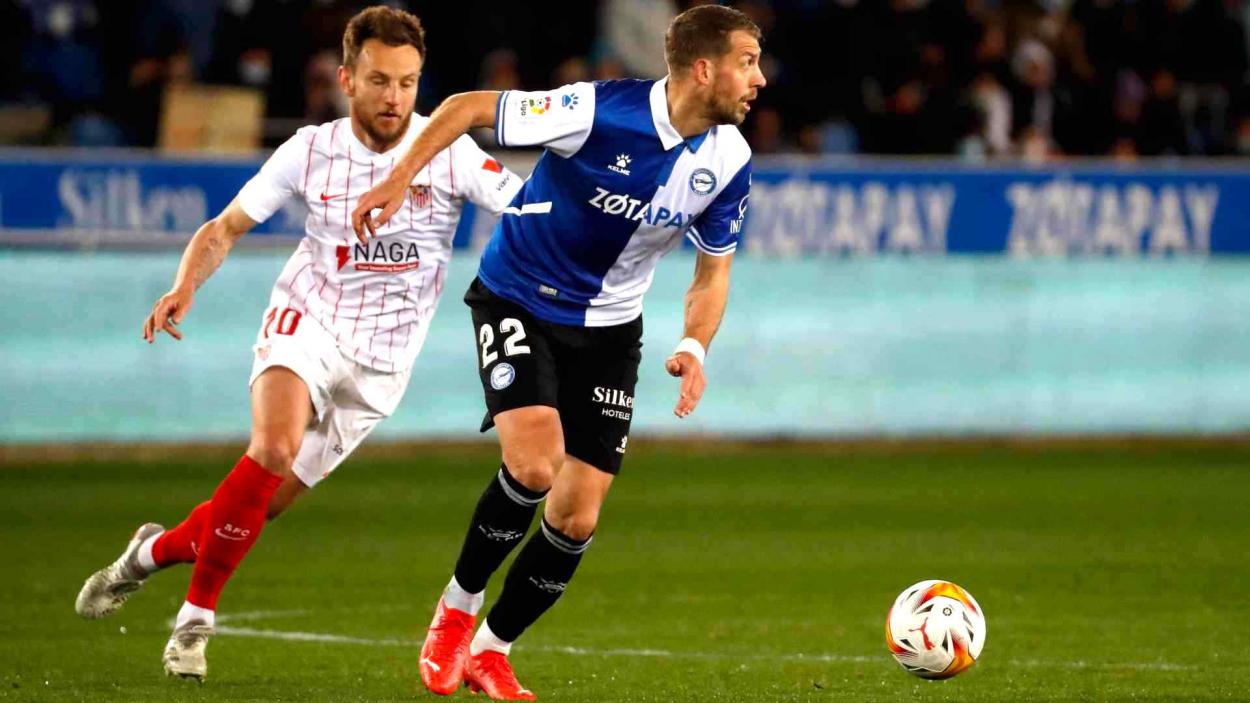 Sevilla vs West Ham will be played at the Ramón Sánchez-Pizjuán Stadium, located in Seville, Spain. The stadium has a capacity of 43,883 people.
12:24 PM2 months ago