It's over! Real Madrid beats Chelsea in extra time.
5:32 PMa month ago

Ñíguez's cross, but the ball ends up in the hands of Courtois.
5:29 PMa month ago

Frello shoots at goal, but the ball ends up going wide.
5:28 PMa month ago

James' dangerous cross, Ziyech heads, but the ball ends up in the stands.
5:24 PMa month ago

Ziyech's shot is blocked by Courtois.
5:19 PMa month ago

The action resumes for the extra time complement.
5:12 PMa month ago

The duel is back and forth, both teams are looking for the opponent's goal.
5:06 PMa month ago

Chelsea change. Kanté comes off for Ziyech
5:04 PMa month ago

Goal, goal, goal for Real Madrid! Karim Benzema appeared inside the box and with a lethal header put Los Merengues ahead.
4:57 PMa month ago

The ball rolls for the first overtime.
4:52 PMa month ago

It's over! The match ends in a tie and goes to overtime.
4:50 PMa month ago

Pulisic sends his shot over Courtois' goal.
4:45 PMa month ago

Chelsea change. Werner comes off and Pulisic takes his place.
4:40 PMa month ago

Modric's shot and Mendy leans back to hold the shot.
4:38 PMa month ago

Goal, goal, goal for Real Madrid! Rodrygo appeared, who took advantage of a great pass from Modric, defined in a great way in the air, to tie the match.
4:37 PMa month ago

Real Madrid changes. Casemiro and Mendy are replaced by Rodrygo and Marcelo.
4:33 PMa month ago

Goal, goal, goal for Chelsea! Great play by Werner, he sends a lethal shot past the defenders and puts Chelsea ahead.
4:30 PMa month ago

Palo! Benzema sent a lethal header and the ball hit the crossbar.
4:22 PMa month ago

Goal disallowed! In the ball control, it hits Alonso's hand and the score remains two-nil.
4:21 PMa month ago

Goal, goal, goal for Chelsea! Marcos Alonso's shot, the ball goes in at the far post and the aggregate score is tied.
4:17 PMa month ago

Mendy sent in a dangerous cross, but no one appeared inside the box and he ended up missing a clear chance.
4:14 PMa month ago

Casemiro cuts out a cross, preventing the visitors from shooting on goal.
4:09 PMa month ago

The match restarts for the second half.
3:47 PMa month ago

The first half is over, Chelsea wins it by the minimum and is one goal away from tying the aggregate.
3:47 PMa month ago

Chelsea are close to an equalizer, but lack accuracy in their shots.
3:35 PMa month ago

Chelsea's shot, but the ball goes over Courtois' goal.
3:24 PMa month ago

Benzema's shot, but the ball goes wide of the goal.
3:16 PMa month ago

Goal, goal, goal for Chelsea! Mount entered the box and shoots between three to open the scoring.
3:11 PMa month ago

Reece knocks down Asencio on the edge of the area and a foul is awarded to the home team.
3:02 PMa month ago

The ninety minutes that will define the first team that will play in the semifinal begin
2:58 PMa month ago

Both teams are already on the field and will be looking to get ready to go all out for the victory.
2:55 PMa month ago

Real Madrid is already at their home stadium, where they will be looking for a place in the next round this afternoon.
2:55 PMa month ago

Chelsea have already arrived at the Bernabeu with the firm conviction of getting the victory that will qualify them to the semifinal.
2:39 PMa month ago

The fans are already in the vicinity of the Bernabéu, where they show signs of encouragement for the teams in this decisive duel.
2:34 PMa month ago

Karim Benzema is the player Chelsea should pay special attention to, the Merengue striker arrives after scoring a hat-trick in the first leg.
2:29 PMa month ago

Chelsea will need to match their greater margin of victory after going down in the first meeting three goals to one to look for the game to go the distance.
2:24 PMa month ago

Watch out for the data!

Real Madrid accumulates 9 qualifications to the next stage in 10 Champions League qualifiers after winning the first leg.
2:19 PMa month ago

This past duel was the first time Real Madrid had beaten Chelsea in a European competition. Previously, the Merengue had drawn twice and lost on three other occasions.
2:14 PMa month ago

We're back for the minute-by-minute coverage of the match that will define the semi-finalist between Real Madrid and Chelsea. We will shortly share with you the most relevant information about each team, as well as the confirmed line-ups.
2:09 PMa month ago

Stay tuned for the Real Madrid vs Chelsea live stream.

In a few moments we will share with you the Real Madrid vs Chelsea live starting lineups, as well as the latest information from the Santiago Bernabeu Stadium. Keep an eye on the action with VAVEL's minute-by-minute live online coverage of the match.
2:04 PMa month ago

How to watch Real Madrid vs Chelsea Live Stream on TV and Online?

If you want to watch the game Real Madrid vs Chelsea live on TV, your options is: TUDN.

Carlo Ancelotti spoke ahead of this important match: "We will not go out relaxed, it's the quarterfinals of the Champions League and the fans and we know it will be a difficult game".

"I have a squad that knows this type of match very well and knows what has happened and what can happen. We will not go out relaxed and the mood today is of a squad that is happy to play this game because it is a great opportunity to reach the Champions League semifinals. We are playing against a very strong opponent and we must have a lot of respect for them and we will have it".

"We'll see the lineup. We would like to play the same game and the same approach as in the first leg, but we expect an opponent that will do their best in this game to try to get through the tie. We think they will change it because it didn't work out well for them and we have to be ready for anything. Chelsea have a lot of quality and very good players. We are sure they will play better than in the first leg and we have to be ready."

"Nobody can say they are going to win the Champions League because it is a very complicated competition. Reaching the final and winning it is very difficult. You can compete, although not everyone can compete. I have been in this world for a long time and I know the quality it takes to compete in this competition. The experience and personality of the players play a very important role. We know we will suffer and we are prepared to do so."

"Everyone has their own opinion and I think they come here to try to get through the knockout round They know very well that it is complicated but they are going to try. That's the spirit of soccer and of big, strong teams that never give up."

Chelsea come into this duel after beating Southampton six goals to nil, placing them in third place in the Premier League. 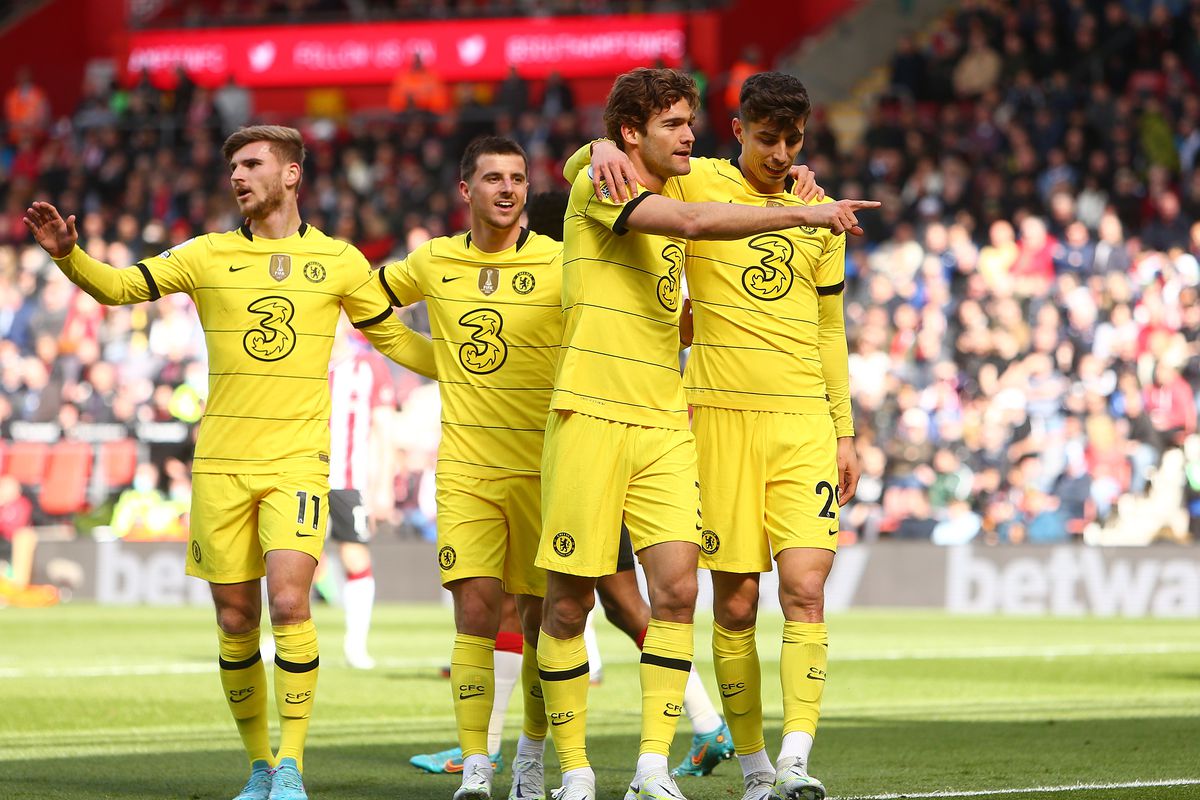 With everything in LaLiga

Real Madrid arrives after beating Getafe two goals to nil, placing them in the first position with 72 points, far away from the second and third place.
1:34 PMa month ago

Tonight Real Madrid and Chelsea will define one of the semifinalists of the UEFA Champions League. The match ended in favor of the Spaniards three goals to one.
1:29 PMa month ago

The match will be played at the Santiago Bernabeu Stadium.

The Real Madrid vs Chelsea match will be played at the Santiago Bernabeu Stadium, located in Madrid, Spain. The stadium has a capacity for 81,044 people.
1:24 PMa month ago