It's over! Inter beats Udinese and remains in the direct fight with Milan for the title.
1:54 PM20 days ago

Handanovic's shot on goal, but the goalkeeper keeps the ball without problems.
1:53 PM20 days ago

Arturo Vidal tries to generate danger, looking for his goal, but the Udinese defense repels the onslaught.
1:45 PM20 days ago

Udinese looks to get to the end line to go for the equalizer, but the defense is well stopped at the back.
1:44 PM20 days ago

Udinese substitution. Molina is replaced by Soppy.
1:34 PM20 days ago

Goal, goal, goal for Udinese! Pusseto pops up inside the box and scores the first for the home side.
1:29 PM20 days ago

Dimarco's cross, but the attentive defense prevents the ball from going through.
1:20 PM20 days ago

After a pass from Perisic, Lautaro shoots, but the ball bounces off the home defense.
1:13 PM20 days ago

At the end of the first half, Inter is already leading Udinese by two goals to zero.
12:41 PM20 days ago

Goal, goal, goal for Inter! After crashing the ball against the post at the penalty spot, Martinez appears to counter-attack and increase the lead.
12:39 PM20 days ago

VAR! After the review, the referee signals the penalty in favor of Inter.
12:35 PM20 days ago

Lautaro arrived with danger, but Perez ended up stealing the ball from him.
12:33 PM20 days ago

Darmian tries to make contact with the ball, but the blow is light and the ball ends up in the hands of the Inter goalkeeper.
12:29 PM20 days ago

Inter keeps possession of the ball for most of the time, but fails to get on the scoresheet
12:13 PM20 days ago

Goal, goal, goal for Inter! Perisic makes contact with the ball inside the box and the ball goes into the goal, the goalkeeper fails to prevent the goal.
12:11 PM20 days ago

The game is played most of the time in midfield, with both teams seeking possession.
12:03 PM20 days ago

Both teams take the field and get ready for the match by warming up before kick-off.
11:48 AM20 days ago

Both Inter and Udinese are already present at the Dacia, tonight they will try to get three points and finish the tournament in a good way.
11:43 AM20 days ago

This is the jersey that Inter will wear tonight to face Udinese. 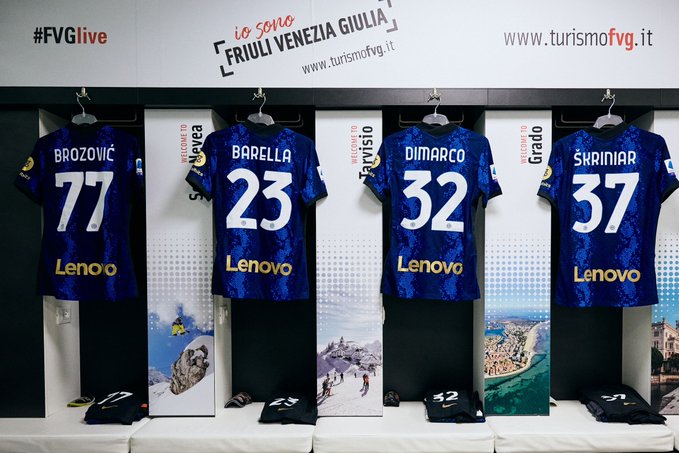 A barrier is needed!

Despite Udinese's 53 goals scored, the home side have 52 goals conceded, so their defense will have to find a way to prevent the Inter side from reaching their goal.
11:33 AM20 days ago

The home defense will have to be very careful with Inter's offense, the visitors accumulate 72 goals in their favor.
11:28 AM20 days ago

Gabriele Cioffi spoke ahead of the match: "We face the Italian champions mentally and with ambition. Focused and ambitious against the champions".
11:23 AM20 days ago

Arturo Vidal returns to returns to a call for applications after several matches absent, due to an injury that kept him under observation and with differentiated work.
11:18 AM20 days ago

Udinese has not performed well in its last three games, despite the defeat against Fiorentina, a draw against Bologna and a loss against Salernitana, so they will be looking for a win.
11:13 AM20 days ago

We're back to bring you minute-by-minute coverage of the match between Udinese and Inter. We will shortly share with you the most relevant information about each team, as well as the confirmed line-ups.
11:08 AM20 days ago

Stay tuned for the Udinese vs Inter live stream.

In a few moments we will share with you the starting lineups for Udinese vs Inter live, as well as the latest information from the Dacia Arena Stadium. Keep an eye on the action with VAVEL's minute-by-minute live online coverage.
11:03 AM20 days ago

How to watch Udinese vs Inter Live Stream on TV and Online?

If you want to watch the game Udinese vs Inter live on TV, your options is: CBS Sports Network.

Simone Inzaghi spoke ahead of the game: "We've been preparing for the game for two and a half days, but let's just say it's the usual period of time that big clubs have. We haven't stopped playing since the season kicked off, so there's nothing unusual about that."

"Right now the only thing on my mind is the game against Udinese, which is a team that is in very good form. We've all seen it: they are the team that has picked up the most points after us in the month of April. They have quality and very good players. We have to focus on this game much more than on what our opponents are doing."

"Radu has always trained very well. He is very professional and everyone loves him. I don't believe much in changing goalkeepers because it's a fixed position, and Handanovic has always done well. Radu, on the other hand, has always been a reliable goalkeeper for me in training, and in the cup game he did very well. So no, I don't think we should have given him more minutes."

"I hope we can have him (Alessandro Bastoni) back in time for the Coppa Italia final. He was already suffering from the strain before the match against Bologna, and we thought it was something unimportant. It's much more than that, but well... The physiotherapists and doctors are working to have him ready for the final against Juventus."

For the first place

Inter arrives after beating Hellas Verona, the team coached by Inzaghi will be looking for three points to continue fighting for the first place that is in the hands of Milan.
10:38 AM20 days ago

Udinese arrives after beating Fiorentina with a 4 goals to zero scoreline, tonight they will try to continue climbing positions and leave the twelfth place of the competition. 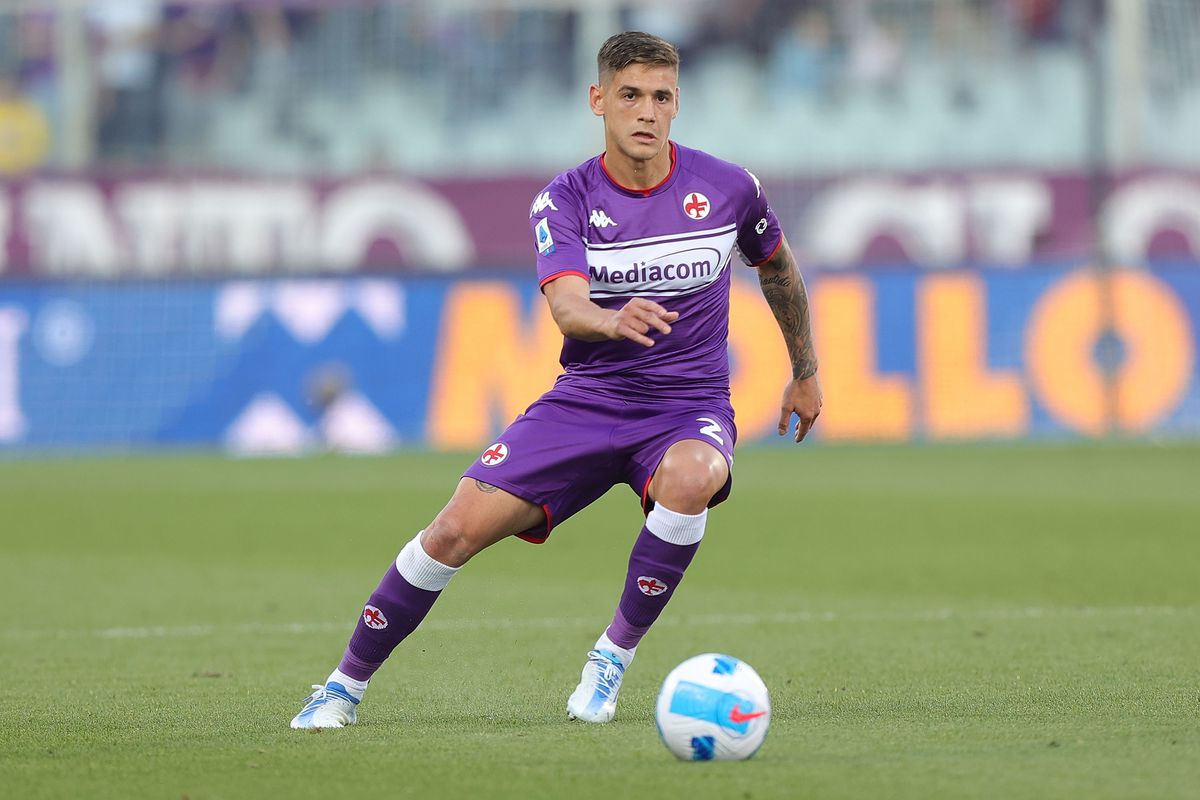 The match will be played at the Dacia Arena Stadium.

The match Udinese vs Inter will be played at the Dacia Arena Stadium located in Udinese, Italy. The stadium has a capacity of 25,132 people.
10:28 AM20 days ago

Welcome to VAVEL.com’s coverage of the 2022 Serie A match: Udinese vs Inter Live Updates!