THANK YOU FOR FOLLOWING THE GAME ON VAVEL

Thank you for following the Brentford vs Southampton match on VAVEL. Keep visiting the VAVEL website to keep up to date with everything that is happening in the world of sports.
11:52 AM15 days ago

The match ends at the Brentford Community Stadium, the home team wins, likes and beats Southampton 3-0 in this start of the actions of the 36th matchday.

BRENTFORD GOOOOOOOOOL! GOOOOOOOOOL BY AJER! THEY ALREADY WIN IT BY A LANDSLIDE!
11:28 AM15 days ago

Attempt blocked. Yoane Wissa (Brentford) left footed shot from the centre of the box is blocked.
11:07 AM15 days ago

Ivan Toney (Brentford) wins a free kick in the attacking half.
10:49 AM15 days ago

At the end of the first 45 minutes Brentford are beating Southampton with two goals in a row and momentarily have all three points in the bag.
10:43 AM15 days ago

Attempt missed. Armando Broja (Southampton) right footed shot from the centre of the box misses to the right. Assisted by Romain Perraud with a cross.
10:35 AM15 days ago

Attempt missed. Bryan Mbeumo (Brentford) right footed shot from the left side of the box is too high following a fast break.
10:34 AM15 days ago

Attempt saved. Ivan Toney (Brentford) right footed shot from the right side of the box is saved.
10:29 AM15 days ago

Attempt missed. Kyle Walker-Peters (Southampton) header from the centre of the box is just a bit too high. Assisted by Stuart Armstrong with a cross.
10:22 AM15 days ago

Attempt saved. Yoane Wissa (Brentford) right footed shot from the left side of the box is saved in the bottom left corner. Assisted by Ivan Toney with a headed pass.
10:10 AM15 days ago

Attempt missed. Romain Perraud (Southampton) right footed shot from the left side of the box is close, but misses to the left. Assisted by Nathan Redmond.
10:07 AM15 days ago

Offside, Southampton. Nathan Redmond tries a through ball, but Armando Broja is caught offside.
10:01 AM15 days ago

The actions of the 36th Premier League matchday begin with the duel between Brentford and Southampton from the Brentford Community Stadium.
9:46 AM15 days ago

In a couple of minutes we will start with the broadcast of the match; Brentford vs Southampton, duel corresponding to the 36th round of the English Premier League from the lawn of Brentford Community Stadium.
9:43 AM15 days ago

TO BREAK THE DROUGHT

Southampton have only won 1 of their last 9 Premier League matches, having 2 draws and 6 defeats, dropping a total of 26 points that have been played in that time. Their last win was against Arsenal and today they will be looking to get back to three points.
9:39 AM15 days ago

This is the starting eleven that Brentford will send to the pitch to face Southampton at home, the locals will be looking for another win in front of their fans. 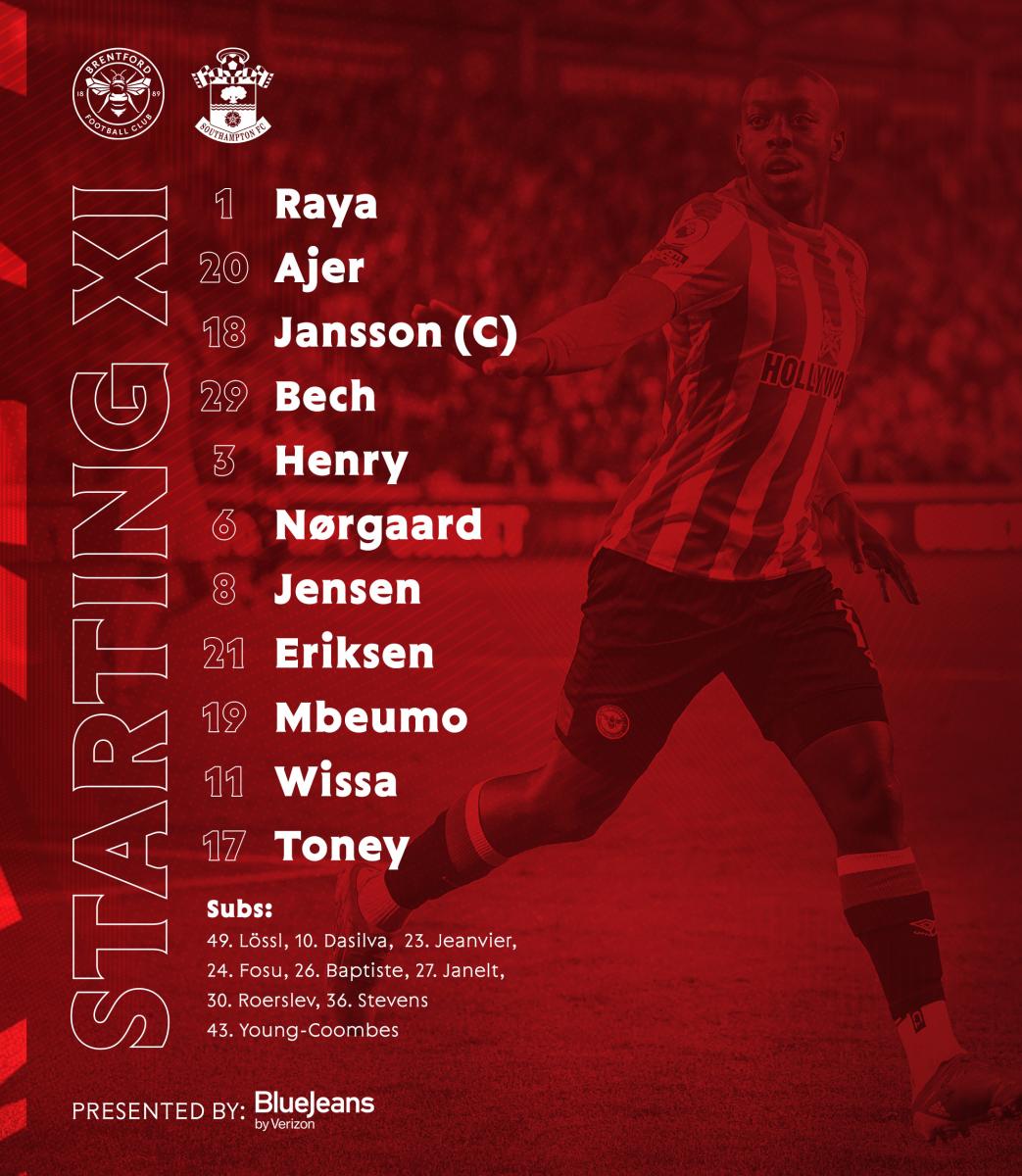 WHO WILL GO TO THE EUROPA LEAGUE OR CONFERENCE LEAGUE?

At the moment, Tottenham Hot Spur and Manchester United have qualified for the Europa League 2022-23, while West Ham will be playing in the UEFA Conference League. However, Wolves could sneak into one of these competitions as they are 3 points behind West Ham.
9:27 AM15 days ago

These are the eleven men that Southampton sends to face Brentford in this match day 36 and get three more points as visitors. 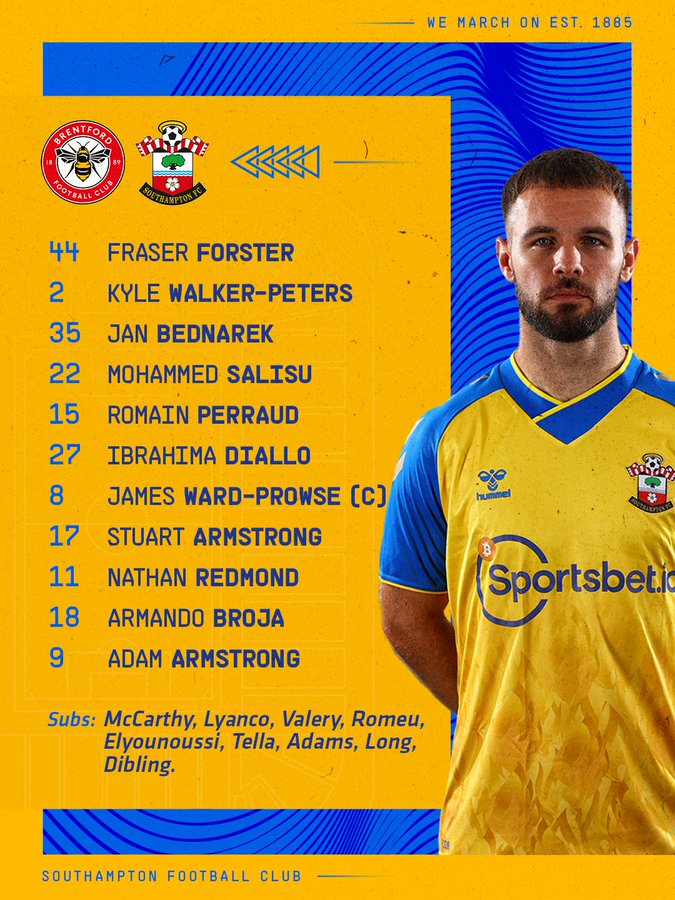 HOW IS THE PREMIER LEAGUE GOING?

At the moment, the Premier League is led by Manchester City who are looking for their second league title, followed by Liverpool who are 1 point behind the super leader, in third and fourth place are Chelsea and Arsenal, these would be the 4 teams that would momentarily qualify for the Champions League.
9:13 AM15 days ago

HOW DID SOUTHAMPTON FARE LAST MATCHDAY?

On the other hand, Southampton hosted Crystal Palace at St Mary's Stadium, the Saint's were unable to make their home advantage count and lost 1-2 to the Palace eagles. To begin with, Romeu gave the home side the lead in the 9th minute, but in the second half Eze (60th minute) and Zaha in the added time would seal Palace's victory against Southampton.
9:11 AM15 days ago

HOW DID BRENTFORD FARE LAST MATCHDAY?

Last matchday, Brentford went to Old Trafford to face Cristiano Ronaldo's Red Devil's in what was the closing matchday 35 of the Premier League. Manchester United's victory started with a goal by Bruno Fernandez in the 9th minute, then Cristiano Ronaldo extended the lead through a penalty in the 61st minute and 11 minutes later, Raphael Varane scored to make it 3-0 in favor of United.
9:04 AM15 days ago

The wait is over in the Premier League, Brentford welcomes Southampton to the Brentford Community Stadium for the 36th matchday of the season. Both teams are in mid-table and will be looking to close this final phase in a good way to try to win the title the following season.
2:16 PM16 days ago

Do not miss a detail of the match with the live updates and commentaries of VAVEL. Follow along with us all the details, commentaries, analysis and lineups for this Brentford vs Southampton match.
2:11 PM16 days ago

What time is Brentford vs Southampton match for Premier League?

This is the start time of the game Brentford vs Southampton of 7th May in several countries:

Armando Broja has become one of the fundamental pieces that Dyche has, the right back has gone from strength to strength since his arrival in the Premier League being an undisputed starter and increasing his value in the transfer market. At the moment he has played 3,547 minutes with Southampton, has appeared 32 times in the starting lineup and has scored on 15 occasions, however, so far he still has not achieved his first assist with the celestial team. 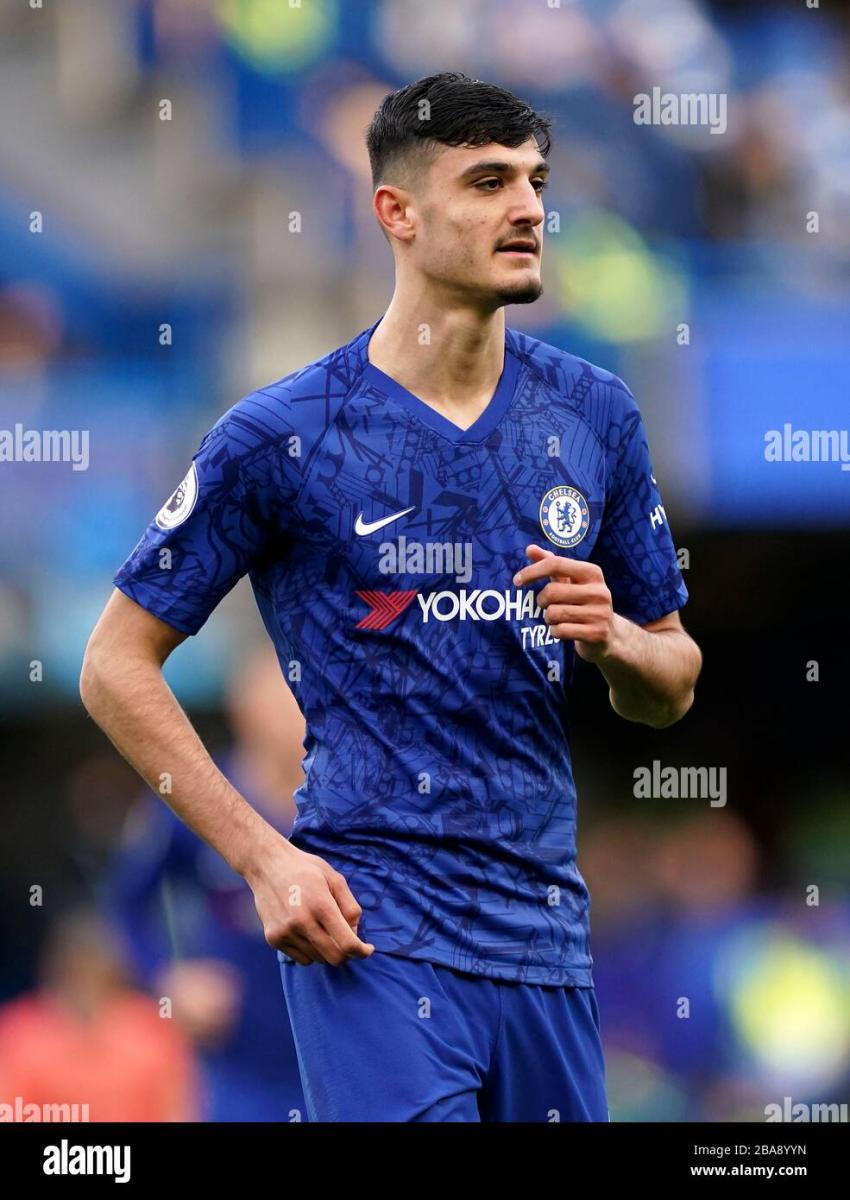 Watch out for this Brentford player:

For this match, Brentford's center forward and penalty area killer Ivan Toney will be the player to watch for this match. So far, the striker has 1,918 minutes so far this season with Brentford, minutes that are divided into 22 games played, 6 goals, 2 assists and 5 yellow cards. Also, in the last game he scored an important brace to get the three points, so he will be the player to follow for this game. 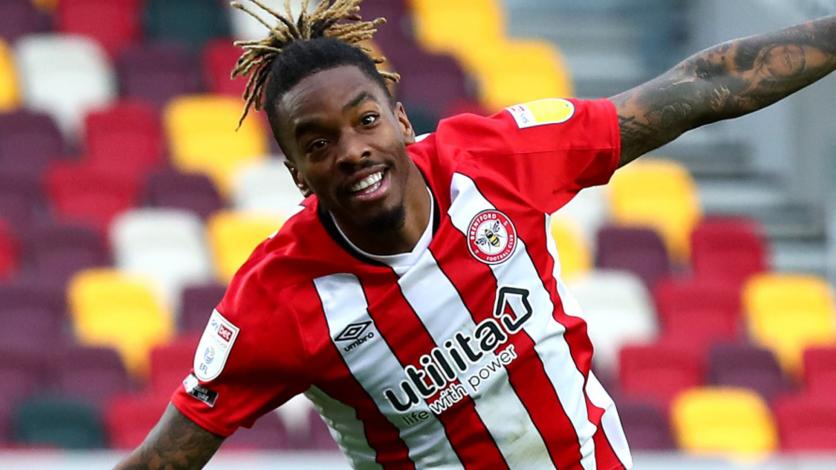 Brentford vs Southampton have met on a total of 27 occasions (8 wins for Brentford, 7 draws and 12 wins for Southampton) where the balance is entirely in favor of the visitors. In terms of goals, Southampton is slightly better as it has 39 goals while Brentford has 36 goals scored. Their last meeting dates back to matchday 18 of the 2021-22 season where Southampton beat Brentford 4-1.
1:41 PM16 days ago

Brentford Community Stadium is a stadium in Brentford, west London. It is the new home of Brentford Football Club and London Irish Rugby Club from 2020, replacing the former Griffin Park ground. It has a capacity of 17,250 spectators and is used for both soccer and rugby matches. The new stadium is at the heart of plans to regenerate the surrounding area, including new residential and commercial areas.

The match ended 1-1 after regular time, with Ethan Pinnock opening the scoring for Brentford. It was all settled on penalty kicks, with Brentford winning 4-2. The first league match played at the stadium was a 3-0 home win over Huddersfield Town on September 19, with goals from Josh Dasilva, Bryan Mbeumo and Marcus Forss.

To continue as they had done throughout the campaign.

On the other side of the coin, Southampton has been in the Premier League for quite some time now, however, they presented the same situation as Brentford as they never got out of the mid-table zone and although they were never close to entering the Big 6 of the Premier League, the Saints were never involved in relegation problems and the title they were closest to fighting for was the FA Cup after being eliminated in the quarterfinals.
1:31 PM16 days ago

At the beginning of the campaign, nobody would have imagined that Brentford, one of the promoted teams from the Championship, would quickly get into the rhythm of the Premier League and that they would put together an important team to fight toe to toe with each of the teams that are part of the top circuit of soccer in England. The Bees will be looking to close their home games with a victory and give the last joy to their fans because despite not being fighting for European competitions, Brentford achieved one of the most important objectives, which was to remain in the Premier League.
1:26 PM16 days ago

Brentford will host Southampton in what will be the 36th round of the Premier League, both teams have had a regular performance considering the value of their squads and the situation surrounding both clubs. Both teams are currently in the mid-table and everything seems to indicate that they will finish the season in those places, also, both Southampton and Brentford are no longer at risk of relegation to the Championship, so with these duels they will only say goodbye to the season.
1:21 PM16 days ago

The Brentford vs Southampron match will be played at Brentford Community Stadium, in Brentford, England. The kick-off is scheduled at 10:00 am ET.
1:16 PM16 days ago

Welcome to VAVEL.com’s LIVE coverage of the 2022 Premier League: Brentford vs Southampton!