GOAL NAPOLI Lobotka takes a magnificent shot from long distance and scores a GREAT GOAL
10:39 AM2 days ago

GOAL NAPOLI Insigne misses the penalty but Di Lorenzo scores 2-0 on the rebound
10:30 AM2 days ago

Napoli controls the ball but without dangerous arrivals
10:19 AM2 days ago

Lozano makes a solo career but fails to transcend
10:10 AM2 days ago

The second half starts
9:55 AM2 days ago

Pablo Galdames see the yellow card
9:38 AM2 days ago

GOAL NAPOLI Oshimen heads a good cross
9:34 AM2 days ago

Insigne takes a shot that passes inches from the right post
9:30 AM2 days ago

Dangerous free kick for Napoli
9:22 AM2 days ago

Yeboah takes a mid-range shot that hits the post, close to Genoa's first
9:15 AM2 days ago

The game continues very locked in midfield and without dangerous arrivals
9:06 AM2 days ago

everything is ready for the match between Napoli and Genoa at the Diego Armando Maradona stadium
8:50 AM2 days ago

The Game of today

Napoli no longer have aspirations for anything this season after securing their place in the Champions League while Genoa will have to add if they want to avoid relegation
8:49 AM2 days ago

This is the XI starters of Genoa

This is the XI starters of Napoli

The referee for this match is the Italian Michael Fabbri who has 11 Serie A games this season
8:25 AM2 days ago

These are the multiple absences for today by Genoa

Napoli has no casualties for this game
8:16 AM2 days ago

Napoli comes out as the wide favorite for this game, with odds of -185 according to the bookmakers
8:15 AM2 days ago

The Activity of today

Matchday 37 of Series A closes, that is, the penultimate date and there is still no champion and relegation is almost over. red hot, after this match we will have the following games.

Genoa have conceded seven opener goals within the first 15 minutes of play in away games this season, more than any other team in the league.
12:12 AM2 days ago

Do not miss a detail of the Serie A 2022 match Napoli vs Genoa live updates and commentaries of VAVEL.
12:07 AM2 days ago

If you want to watch the game Napoli vs Genoa Live on TV, your options is ESPN

Games between Napoli vs Genoa

Mattia Destro has filled a similar role for the visitors of late, scoring Genoa's first goal with his last five Serie A goals. 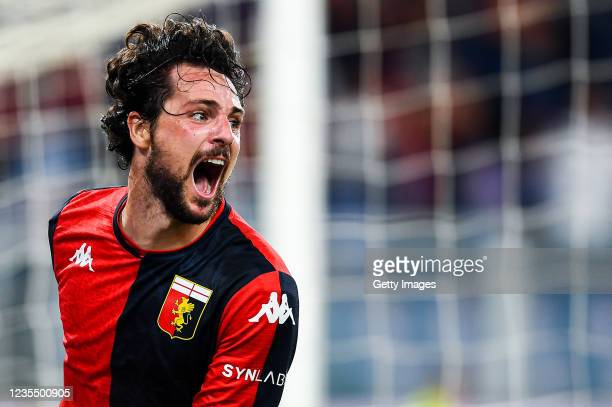 While all the spotlight will be on Lorenzo Insigne as he bids farewell to the fans at home, Victor Osimhen has scored Napoli's first goal in eight of the ten Serie A games in which he has found the net, and Napoli have remained unbeaten if that happens.
11:47 PM2 days ago

The Diego Armando Maradona Stadium is a multipurpose stadium located in the Fuorigrotta neighborhood, in the city of Naples, capital of Campania, Italy.

It has a capacity of 54,726 spectators, which makes it the fourth stadium in capacity in Italy, after the Giuseppe Meazza stadium, the Olympic stadium in Rome and the San Nicola stadium.

Genoa did Napoli a favor by beating Juventus 2-1 last matchday, but they are still fighting relegation and will approach this visit with the same seriousness. Even if “Il Grifone” records back-to-back wins in Serie A for the first time since February 2021, the fluidity of the fight against relegation means he could be anywhere between seventeenth and bottom of the table after this matchday.
A monumental effort is required if Genoa are to stay alive, but the visitors haven't won away to their opponents since February 2009 and any hope of ending that streak looks tiny, as that Genoa is winless in its last 16 appearances on rival soil in Serie A .

Additionally, they have failed to score in six of their last seven games away from home.

After posting back-to-back wins, Napoli are just two points away from confirming a place in the top three of Serie A  but fans are not ready to accept a disappointing end to a season in which the team led the league after 13 of the first 27 games. Eggs thrown at the team bus before their last home game, and a banner demanding the resignation of coach Luciano Spalletti, show the anger of fans after missing out on a first Scudetto since 1990.
A record of five defeats during Napoli's last 11 home games in Serie A  does not inspire much confidence, but history favors the “Partenopei” as they lost their last home game of a campaign just once since 2006/07
11:32 PM3 days ago

Welcome to VAVEL.com’s coverage of the Serie A match 2022: Napoli vs Genoa Live Updates!

Seattle Sounders vs Minnesota United preview: How to watch, team news, predicted lineups, kickoff time and ones to watch an hour ago

NYCFC 2-0 Columbus Crew: Boys In Blue cap unbeaten homestand with victory in the Bronx an hour ago
//