PER1
END13 hours ago

It's over! After a long match, Atlante is crowned champion of champions for the soccer year.
7:52 PMa month ago

He missed it! Víctor Milke shoots and his shot lands in the stands.
7:49 PMa month ago

Goal Morelia! Impeccable shot from Sosa to the center and puts the fourth for the locals.
7:48 PMa month ago

Atlante's goal! Soto shoots, the ball hits the post and goes into the goal.
7:47 PMa month ago

Goal Morelia! Ledesma tricks Hernandez and scores for the home side.
7:46 PMa month ago

He missed it! Gael Acosta crosses his shot too far and sends it wide.
7:44 PMa month ago

Morelia goal! Vergara sends the ball the wrong side of Hernandez and scores the second.
7:43 PMa month ago

Jiménez sends a shot to the center of the goal and Ramírez can't prevent the goal.
7:42 PMa month ago

Morelia goal! Ibarra sends a lethal shot into the net to open the scoring.
7:36 PMa month ago

Extra time is over, everything will be defined in penalties
7:28 PMa month ago

The last fifteen minutes of the game are played.
7:18 PMa month ago

The first overtime ends, nothing for nobody.
7:17 PMa month ago

Regular time is over, the match will be decided in overtime.
6:57 PMa month ago

Changes for both teams. Figueroa and Domínguez are replaced by Martínez and Silva for Atlante. Morelia sends on Pineda for Ramírez.
6:50 PMa month ago

Ramirez's half turn and Escobar pushes the ball away from the area.
6:48 PMa month ago

Close! Ibarra's shot from outside the area hits the crossbar and falls off the line.
6:40 PMa month ago

Milke's header, but the ball goes slightly over the goal.
6:33 PMa month ago

Atlante change. Ramírez comes off for Tejeda.
6:28 PMa month ago

Close! Great save by Ramírez, preventing Figueroa from shooting at goal.
6:21 PMa month ago

Excellent save by González, preventing Acosta from reaching the goal with danger.
6:16 PMa month ago

A cross into the local area, but Ramírez ends up keeping the ball.
6:10 PMa month ago

Change for Morelia. Poggi and Velázquez come on for Sosa and Vergara.
6:10 PMa month ago

The second half begins to define who will be champion.
5:52 PMa month ago

At the end of the first half, Atlante wins the match, but it is tied on aggregate.
5:46 PMa month ago

Goal, goal, goal for Atlante! Brian Figueroa pushes the ball into Ramírez's area and ends up tying the aggregate.
5:40 PMa month ago

Figueroa's cross, looking for Domínguez, but the midfielder fails to connect with the ball.
5:33 PMa month ago

Close! Ruíz reaches the goal and shoots, but ends up sending the ball into the stands.
5:31 PMa month ago

Ramírez's powerful shot, but the player ends up flying the ball.
5:31 PMa month ago

The actions are resumed to continue with the match.
5:27 PMa month ago

Actions are stopped so that the teams can rehydrate.
5:22 PMa month ago

Change of Morelia. Luis Pérez comes off for Javier Ibarra.
5:13 PMa month ago

Actions get underway in Morelia.
5:04 PMa month ago

Both teams take to the field to practice before the kick-off of the match, which will define the Champion of Champions.
4:46 PMa month ago

Both teams are already at the Michoacán stadium and will be looking to provide a great match to define who will win the trophy.
4:41 PMa month ago

This is the trophy that will be awarded to the winner of this series, which will define the best team of the 2021-2022 season. 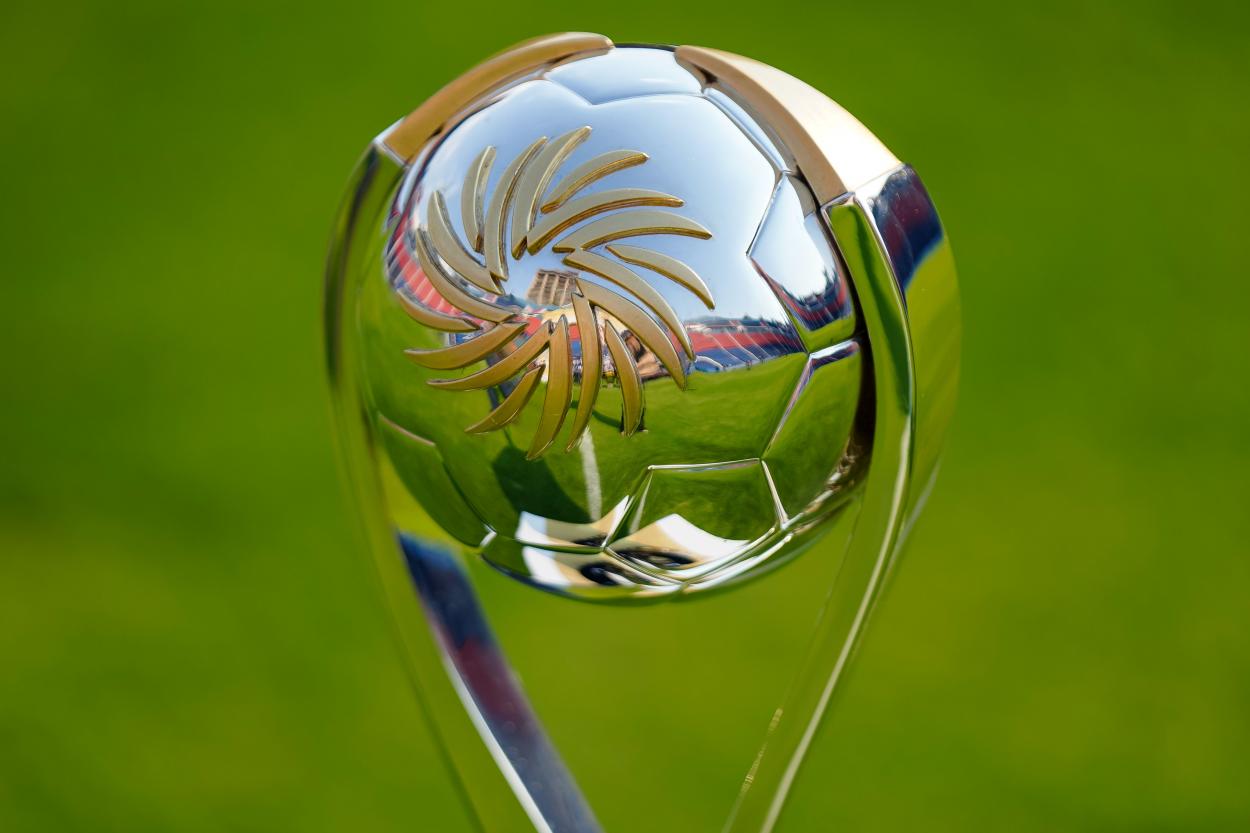 Morelia must pay special attention to Christian Bermudez, the player who scored the winning goal against Atlante last season.
4:31 PMa month ago

The fans of both teams are already present at the Morelia stadium, where a full house is expected.
4:26 PMa month ago

Jesús Ramírez is the striker Atlante needs to pay close attention to, the player has been involved in most of the goals and is the team's goal scorer.
4:21 PMa month ago

The dressing room of both teams is now ready at the Morelos stadium, where both teams will go all out to win this important trophy.
4:16 PMa month ago

In the first leg, the referee sent off Ramiro Costa, García will have to dispense with his services, a tough loss for the Mexico City team.
4:11 PMa month ago

We're back for a minute-by-minute coverage of Atlético Morelia vs Atlante. We'll share the most relevant information with you shortly, as well as the confirmed lineups.
4:06 PMa month ago

In a few moments we'll share with you the starting lineups for Atletico Morelia vs Atlante live, along with the latest information from the Estadio Morelos. Keep an eye on the action with VAVEL's minute-by-minute live online coverage.
4:01 PMa month ago

How to watch Atlético Morelia vs Atlante Live Stream on TV and Online?

If you want to watch the game Atlético Morelia vs Atlante live on TV, your options is: ESPN.

Mario García spoke after the defeat in the first leg at the Azulgrana stadium; "I want to ask them to play soccer and put on a show. At the end of the day we are working to reach the First Division. I want my kids to be champions by playing beautiful football. People may think I'm a talker, but those who know about soccer can see that. I would love for them to be crowned with a cup this Sunday because they deserve it. We're going to fight for it with everything we've got.

"I really applaud these guys, the project and the fans. Many players may not want to come again, but it doesn't matter. If we have to call for an open tryout as of Monday, we will do it".

"We understand and know that this is a business and the decisions have been made for a reason. They are people who are looking for the good of our soccer, obviously it hurts because it is two years of effort and illusions, but we have to continue working from our trench, there is no other way to make our league become top."

"With three, four reinforcements, without fear, I'll stand up to Tigres, I'll stand up to Rayados, to América and we'll play a match, put on a show and improve Mexican soccer with our help as a competitive rival. it may be pretentious or crazy, but we are working to create a base of young, good players who are prepared to move up to the first division and the team only needs a few additions to fight in the top category".

The first leg was quite busy in terms of incidents that had nothing to do with the course of the match. First of all, there were problems with the lighting, which delayed the start of the second half for a long time, as part of the stadium remained without light.  At the end of the match, Atlético de Morelia and Ricardo Valiño were unable to enter the dressing room until half an hour after the final whistle, as the local fans were throwing things onto the field and prevented them from passing, the coach was unable to make a statement at a conference due to the time lost on the field.
3:46 PMa month ago

How will Atlante fare?

In the Apertura 2021, Atlante defeated Tampico in the Azulgrana with a score of three goals to zero, reasons that brought them to these instances. This afternoon they will seek to win a new title and celebrate with all their fans as they look to return to the first division. 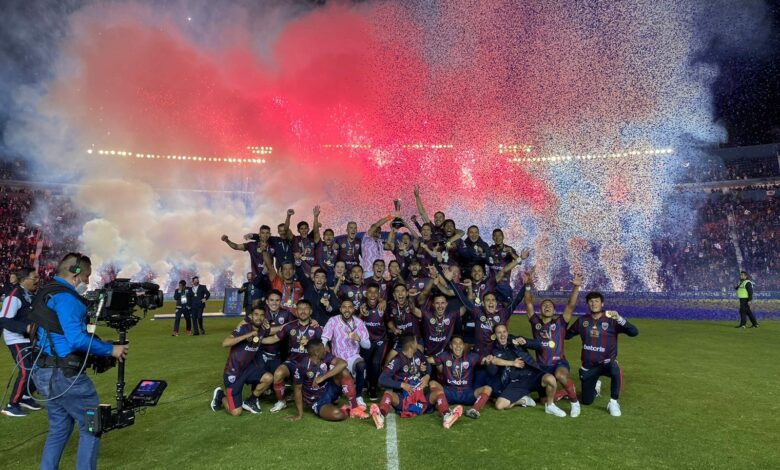 How does Atlético Morelia arrive?

Atlético Morelia reached this stage after defeating this same rival in the Clausura 2022. With a minimal score in their favor and with one less player, Valiño's team won the long-awaited title of this competition. 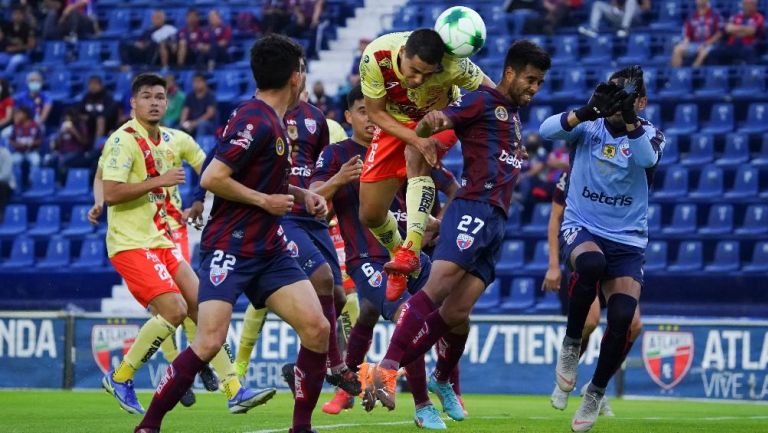 This afternoon, the Morelos Stadium will host the final match that will decide this season's champion, with the score in their favor by the minimum, Morelia will seek to maintain the advantage and be crowned with this title.
3:21 PMa month ago

The Atlético Morelia vs Atlante match will be played at the Morelos Stadium located in Morelia, Michoacán. The stadium has a capacity for 35,000 people.
3:16 PMa month ago

Houston Dynamo 2-0 Chicago Fire: Getting what you deserve 14 hours ago

Seattle Sounders vs Sporting Kansas City preview: How to watch, predicted lineups and kickoff time in MLS 2022 4 hours ago
//