THANK YOU FOR FOLLOWING THE BROADCAST ON VAVEL

Thank you for following VAVEL's coverage of the Nepal vs Oman, friendly match of 2022.
2:07 PMa month ago

Match ends, Nepal falls at home to Oman and both teams end their preparation for the AFC Asian Cup Qualifiers.
1:40 PMa month ago

The game has slowed down and few scoring chances have been generated by both sides, Oman remains on top!
1:17 PMa month ago

Oman came close to a second goal! The Oman team was looking for the second goal of the match but missed only in front of the goalkeeper.
12:46 PMa month ago

Nepal is coming! They looked to shoot with the goalkeeper already beaten, but the ball went wide.
12:23 PMa month ago

Oman came close again! They almost put the ball in the back of the net
12:13 PMa month ago

NEAR OMAN! The visitors came dangerously close to the goal but their shot went wide.
12:00 PMa month ago

The match between Nepal and Oman kicks off, both will be looking to close their preparation for next year's AFC Asian Cup qualifiers with a win.
11:47 AMa month ago

In a couple of minutes we will start broadcasting the match between Nepal vs Oman; match corresponding to the international friendly between these two nations.
11:43 AMa month ago

ABOUT THE NATIONAL TEAM OF OMAN

The Oman national soccer team has been the country's representative team in official competitions since 1978 and also belongs to Asian football. It is organized by the Oman Football Association. It is a member of FIFA and the AFC. Their greatest achievement has been at the U-17 level, where they took fourth place in the 1995 U-17 World Cup played in Ecuador.
11:41 AMa month ago

ABOUT THE NEPAL NATIONAL TEAM

The Nepal national soccer team is part of Asian soccer and is organized by the Nepal Football Association, which is part of the AFC. Despite being one of the weakest teams, soccer is the most popular sport in Nepal.
11:25 AMa month ago

THE ROAD TO THE ASIAN CUP

Both teams will start their participation in the AFC Asian Cup qualifiers in two weeks and this will be the last chance to see what is right and wrong within the team so automatically, this duel starts to take on more importance.
11:25 AMa month ago

Unlike Nepal, Oman comes to this match with more preparation matches, where they average 1.2 goals per game, 9.3 fouls per game, 3.1 corners, 1.5 offsides, 1 card per game and 45% ball possession per 90 minutes, however, it is curious that Oman has less wins than Nepal in their last 10 games.
11:19 AMa month ago

THIS IS HOW NEPAL ARRIVES

The Nepalese national team arrives a bit beaten to this match because they have not had many friendly matches so far this year, also, they have 4 wins in 10 matches, a statistic somewhat hard and against them, considering that the defeats have been hard losses, so it is a big question mark to know how they will be in this match.
11:10 AMa month ago

THE STATISTICS SPEAK FOR THEMSELVES

In most of the statistics made according to this match, they give Oman as the final winner of the match with 67.49% in their favor, so it should be taken into account that considering the physical state in which they arrive, this result may come true.
11:07 AMa month ago

The result of the last meeting was an away win for Oman, with a final score of 2-0 on October 28, 2007, Oman is currently on a streak of two consecutive wins against Nepal.  Both matches featured a high number of goals so it is expected to be a match full of emotions inside the box.
11:02 AMa month ago

The wait is over, Nepal and Oman will meet again to face each other in an international friendly duel and continue improving their soccer little by little, both teams were left out of the Qatar 2022 qualifiers so these duels will be their preparation for the next World Cup cycle.
2:49 PMa month ago

Do not miss a detail of the match with the live updates and commentaries of VAVEL. Follow along with us all the details, commentaries, analysis and lineups for this Nepal vs Oman match.
2:44 PMa month ago

What time is Bulgaria vs North Macedonia match for UEFA Nations League 2022?

This is the start time of the game Nepal vs Oman of 3th June in several countries:

Watch out for this Oman player:

For this match, Zahir Al-Aghbari will be the player to watch throughout the 90 minutes. Oman's center forward has become a fundamental part of his lesson and will be in charge of generating unbalance in the opponent's team. 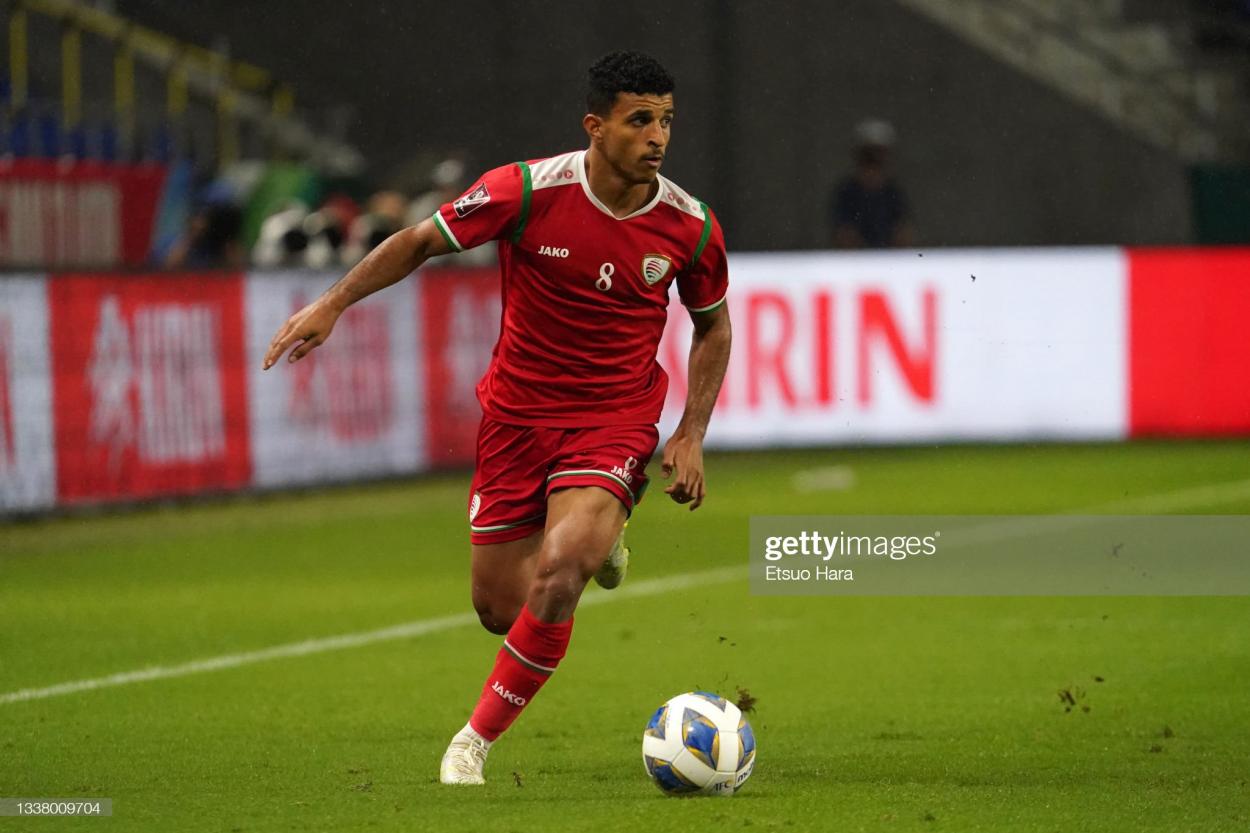 Watch out for this player from Nepal:

For this match, Darshan Gurung will be the player to watch for the Nepal national team throughout these 90 minutes. At his young age, Darshan has become an important player for his national team and promises to be one of the gems to carry the weight of the attack in the future and to be the national team's benchmark player. 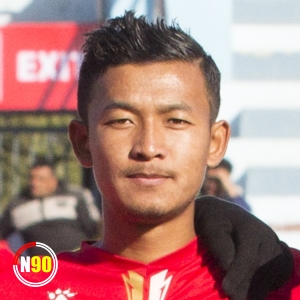 Watch out for this player from Nepal:

For this match, Darshan Gurung will be the player to watch for the Nepal national team throughout these 90 minutes. At his young age, Darshan has become an important player for his national team and promises to be one of the gems to carry the weight of the attack in the future and to be the national team's benchmark player.
2:24 PMa month ago

Nepal and Oman have met in a total of 11 matches (all matches have ended in victory in favor of Oman) where the balance is exaggeratedly tilted in favor of the Omani side. Likewise, in terms of goals scored, it is the Oman team that has the advantage with 45 goals to Nepal's 1. Their last meeting dates back to the Asian qualifiers for the World Cup in South Africa where Oman won 0-2.
2:09 PMa month ago

Suheim Bin Hamad Stadium also known as Qatar SC Stadium, is a multi-purpose stadium located in the city of Doha, Qatar. It was inaugurated in 1959 and has a capacity of 20,000 people, it hosts the matches of the Qatar SC club of the Qatar Football League.

Suheim Bin Hamad Stadium also known as Qatar SC Stadium, is a multi-purpose stadium located in the city of Doha, Qatar. It was inaugurated in 1959 and has a capacity of 20,000 people, it hosts matches of the Qatar SC club of the Qatar Football League.

The North Macedonian team has given a lot to talk about in the last few matches they have played, since they were in the world's eye when they managed to qualify for the UEFA playoffs for the Qatar 2022 World Cup, and after that, they eliminated the reigning European champions in the first round; Italy coached by Mancini at home and in front of their people by the minimum difference. Even so, despite not achieving the qualifying ticket to Qatar after losing to Portugal by a score of 2-0, Macedonia began to raise their hand in world soccer and now they will seek to surprise again in this new edition of the UEFA Nations League.
1:59 PMa month ago

To go all out for the Cup

Nepal's national team is nothing away from continuing its participation in the third elimination round of the Asian Cup to face Jordan, Kuwait, Indonesia, and to be present in the next edition of the cup. For Nepal, this match will be very important as it will help them to get into a rhythm and keep it towards their elimination matches, as well as to visualize the mistakes and good things they make in their soccer as a whole.
1:54 PMa month ago

One more friendly in sight

For these teams, this will be one more friendly match to consider in order to continue their soccer growth. Likewise, despite not being teams with great soccer quality, both countries will be able to use this duel to improve, see the imperfections in their ways of playing and visualize the good things they are doing in order to have a great long-term growth and be able to achieve great achievements at international level.
1:49 PMa month ago

The Nepal vs Oman match will be played at Qatar SC Stadium, in Doha, Qatar. The kick-off is scheduled at 12:00 pm ET.
1:44 PMa month ago

Welcome to VAVEL.com’s LIVE coverage of the Friendly Match 2022: Nepal vs Oman!