It's over! Bermuda and Haiti do no harm and split units.
6:50 PM2 months ago

Both teams try but do not find clarity in their shots.
6:43 PM2 months ago

Goalkeeper! Furbery makes a dangerous run, but the goalkeeper makes a great save to keep the scoreboard open.
6:35 PM2 months ago

Great save by Pierre, preventing Alexandre from reaching his goal.
6:27 PM2 months ago

At the end of the first half, the match remains tied at one goal.
5:47 PM2 months ago

What a thing! Haiti scored the first by Antoine, but the referee said it didn't go in.
5:32 PM2 months ago

Great save by Pierre, preventing Haiti from shooting at goal.
5:24 PM2 months ago

Daniel Cook tries to move the ball out of his area to avoid creating danger.
5:16 PM2 months ago

A shot that ends up being controlled by Alexandre Pierre.
5:11 PM2 months ago

The match remains back and forth, with Haiti looking to open the scoring.
5:03 PM2 months ago

The action gets underway at the National Stadium.
5:01 PM2 months ago

Both teams are already warming up before the start of the match, which is the first for both teams.
4:47 PM2 months ago

Bermuda is already at home, where they will be looking to start with a victory.
4:42 PM2 months ago

Haiti has already arrived at the Bermuda stadium, where they will play their first match of this Nations League.
4:37 PM2 months ago

These will be the numbers that will be worn by Haiti's national team for this Nations League tournament.
4:32 PM2 months ago

Defender Ricardo Adé joined the training camp late, but could have minutes in Haiti's opener.
4:27 PM2 months ago

Kyle Lightbourne spoke pre-match, "We've lost a few players since the Gold Cup [in 2019] but we've picked up guys like Kole, Kane Crichlow and Luke Robinson. The Gold Cup is pretty much the pinnacle of what we can achieve at this level. We're looking to get back there."
4:22 PM2 months ago

The fans of both teams are already at the stadium ready to support their team for the start of the match.
4:17 PM2 months ago

Arcus Carlens, Dany Jean and Fredler Christopher joined the Haitian squad this morning as reinforcements for the Nations League.
4:12 PM2 months ago

We're back for the minute-by-minute coverage of the Bermuda-Haiti match. We will shortly share with you the most relevant information as well as the confirmed lineups of each team.
4:07 PM2 months ago

Stay tuned for the Bermuda vs Haiti live stream.

In a few moments we will share with you the starting lineups for Bermuda vs Haiti live, as well as the latest information from the Bermuda National Stadium. Stay tuned for up-to-the-minute live coverage of the match on VAVEL.
4:02 PM2 months ago

How to watch Bermuda vs Haiti Live Stream on TV and Online?

If you want to directly stream it: Streaming services and ViX and Paramount+ app.

What time is the Bermuda vs Haiti match of the CONCACAF Nations League tournament?

This is the kickoff time for the Bermuda vs Haiti match on June 3, 2022 in several countries:

Captain Nahki Wells spoke ahead of the match: "We are convinced that Haiti will be the toughest game in our group. They will be a good team, but if we have any chance of topping the group, we have to get a result on Saturday."

He also spoke a little about his future: "Ultimately, I think everything will depend on what I want to do. I'm in a limbo situation, but I'm focused on getting back to preseason and trying to turn things around. That has to be my mentality.

How does Haiti fare?

Haiti arrives more in rhythm, after finishing their participation in the Gold Cup where they did not add any unit, they had a friendly match in March against Guatemala, a match where they lost two goals to one. 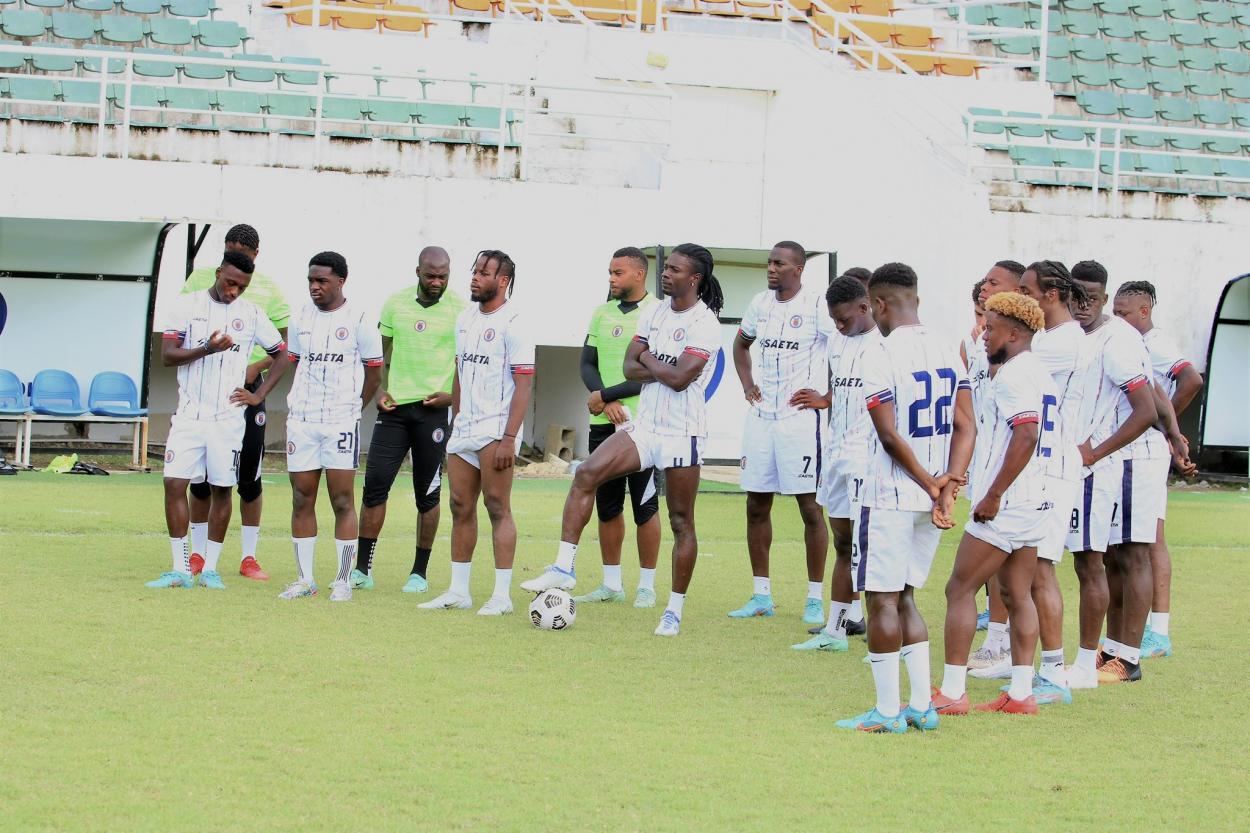 How is Bermuda coming in?

Bermuda arrives to this match after losing to Haiti four goals to one in the qualification for the Gold Cup in 2021, since then the team has not had any activity, so they have no direction, but they will try to have a good game and get three points in this match.
3:27 PM2 months ago

The match will be played at the Bermuda National Stadium.

The Bermuda vs. Haiti match will be played at the Bermuda National Stadium located in Bermuda, Bermuda. The stadium has a capacity for 8,500 people.
3:22 PM2 months ago

Diaz, Zelarayan lift Columbus in 3-2 win over NYCFC 7 hours ago