It's over! Jamaica beats Suriname and makes it three for three.
10:41 PM22 days ago

Suriname tries to generate, but the local defense avoids any kind of arrivals.
10:36 PM22 days ago

Goal, goal, goal for Jamaica! Lowe receives the ball and sends in a lethal shot to increase the lead.
10:22 PM22 days ago

A dangerous cross from Flemmings, but Nicholson fails to get a shot on target.
10:13 PM22 days ago

Dangerous service, but the home defense appears to keep the ball away.
10:13 PM22 days ago

A back-and-forth match, the teams were unable to reach the opponent's goal.
10:03 PM22 days ago

The ball is in play and the match restarts for the second half.
9:46 PM22 days ago

At the end of the first half, Jamaica momentarily leads by two goals to one.
9:44 PM22 days ago

Goal, goal, goal for Jamaica! After receiving a delayed ball, Flemmings turns and sends the ball into the back of the net.
9:41 PM22 days ago

Close! Flemmings fails to push the ball in the right way and Suriname is saved from the second.
9:31 PM22 days ago

A hard-fought match in the midfield, with both teams looking to generate dangerous plays.
9:22 PM22 days ago

Goal, goal, goal for Suriname! Lethal counterattack, Wildschut receives the ball, drives and ends up sending a lethal shot to tie the match.
9:17 PM22 days ago

Goal, goal, goal for Jamaica! Morrison takes a free kick and the ball goes into the goal.
9:11 PM22 days ago

A back-and-forth match, both teams looked to generate but were unable to get close to the opponent's goal.
9:04 PM22 days ago

The action kicks off at Independence Park.
9:03 PM22 days ago

Both teams are already on the field warming up before the start of the match.
8:44 PM22 days ago

The Jamaican National Team has already arrived at the stadium where they will be looking to win three points and go for the first places in the group.
8:44 PM22 days ago

Suriname has already arrived at the stadium, where they will be looking for their first victory and to offer a pleasant match to the fans.
8:36 PM22 days ago

Suriname will have to pay special attention to Junior Flemmings, the player already scored for them in the first matchday and will be looking to increase his goals and look for the team's victory.
8:31 PM22 days ago

Amal Knight will look to break Jamaica's defense and generate danger in his area, so the locals will have to be attentive and avoid his attacks.
8:26 PM22 days ago

These are the players that Jamaica will have available for this match. 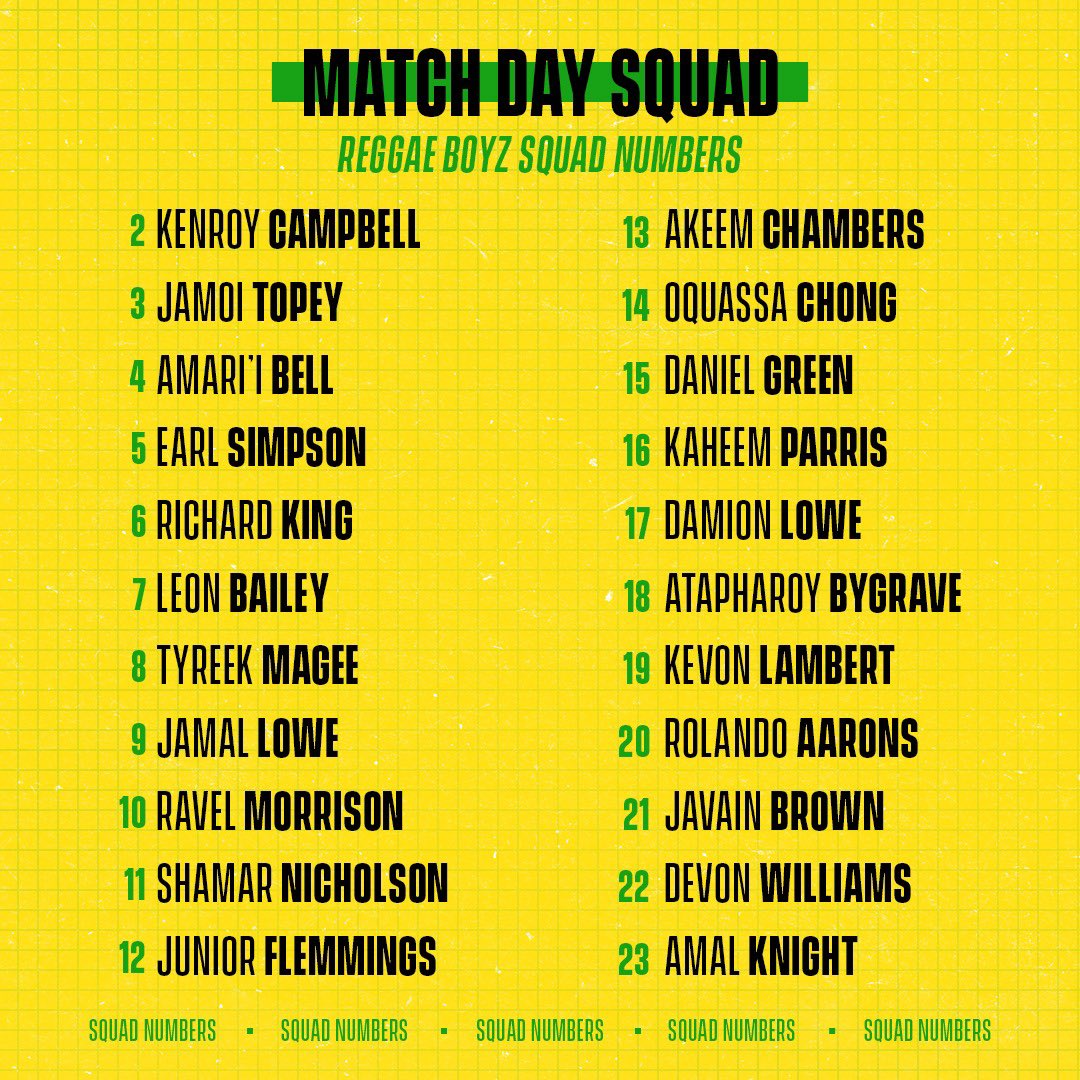 The Jamaican national team announced through its networks the resignation of Dalton Wint, secretary of the Jamaican Football Federation.
8:16 PM22 days ago

In less than an hour the match between Jamaica and Suriname will kick off.
8:11 PM22 days ago

We're back to bring you the minute-by-minute coverage of the match between Jamaica and Suriname. We will shortly share with you the most relevant information, as well as the confirmed line-ups.
8:06 PM22 days ago

Stay tuned to follow Jamaica vs Suriname live on TV

In a few moments we will share with you the starting lineups for Jamaica vs Suriname live, as well as the latest information from the Kirani James Athletic Stadium. Stay tuned for up-to-the-minute live coverage of the match on VAVEL.
8:01 PM22 days ago

How to watch Jamaica vs Suriname Live Stream on TV and Online?

If you want to watch the game Jamaica vs Suriname live on TV, your options is: TUDN.

What time is the Jamaica vs Suriname match corresponding to Day 2 of the CONCACAF Nations League?

This is the kick-off time for the Jamaica vs Suriname match on June 7, 2022 in several countries:

Paul Hall spoke ahead of the match against Suriname: "We have to get better defensively.

"I think we gave them too much respect when attacking us and allowed them to take some shots that forced Amal (Knight) to make some really good saves, especially early on."

"I want the guys to become a strength in defense and focus on trying to be stingy with the number of tries we allowed Suriname."

"I want the supporters to turn out for tomorrow's game. I want them to show us that they are on our side. We need them to carry us to the goal, we need that support."

How does Suriname fare?

Suriname arrives after losing to Thailand by the minimum score before the start of this tournament, in addition to not participating in the Qualifiers for Qatar, so they are already preparing everything to seek qualification for the next World Cup.
7:31 PM22 days ago

How is Jamaica coming?

The last game Jamaica played before this edition was against Honduras, where the Reggae Boyz closed their participation in the Qualifiers for Qatar with a victory.
7:26 PM22 days ago

Jamaica and Suriname played to a one-goal draw on the first day of the CONCACAF Nations League, and in this match, they will be looking to pull off a surprise and take the three points. 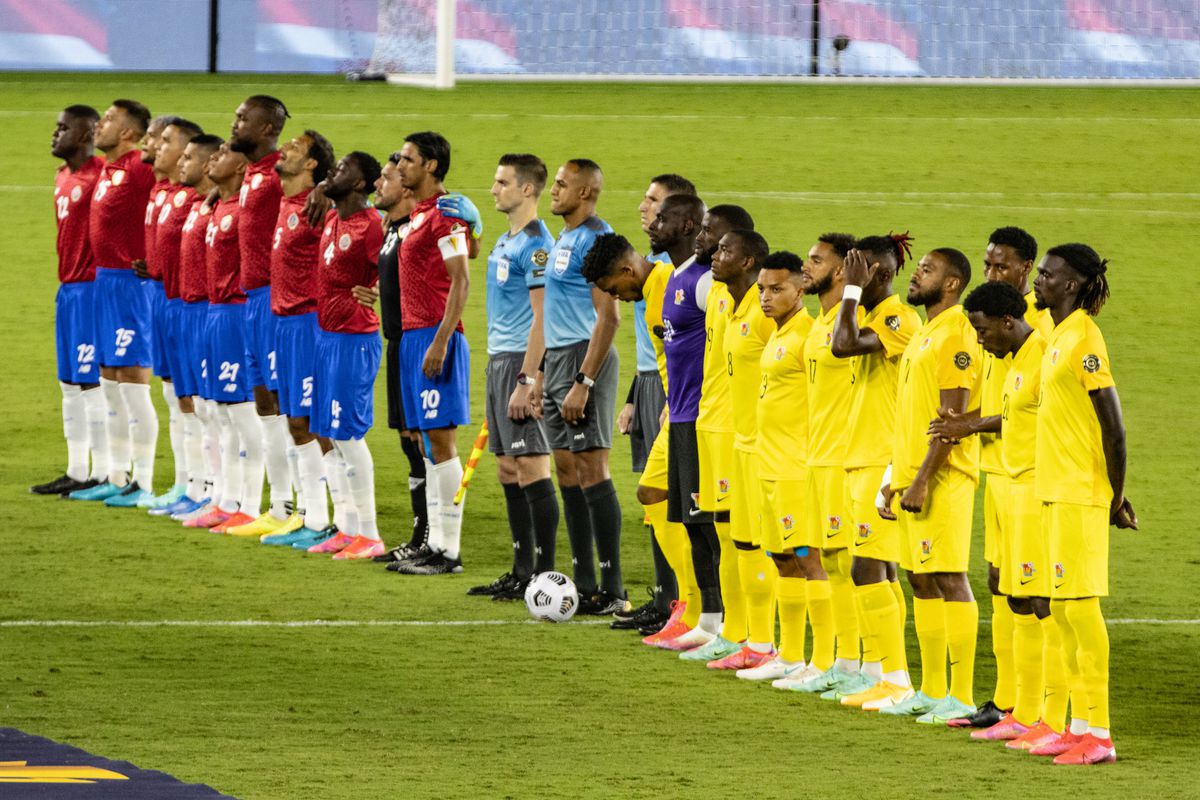 The match will be played at Independence Park Stadium.

The Jamaica vs Suriname match will be played at the Independence Park Stadium located in Kingston, Jamaica. The stadium has a capacity for 35,000 people.
7:16 PM22 days ago