We hope you enjoyed the Panama vs Honduras telecast of the CONCACAF U-20 World Cup 2022. Continue to visit the VAVEL website to stay up to date with all the information that comes up throughout the day.
12:28 AMa month ago

The referee shows a Yellow Card to Omar Valencia after an infraction.
12:03 AMa month ago

GOOOOL! for Honduras, Marco Aceituno scores his brace of the match and instantly gives his team the pass.
11:53 PMa month ago

Penalty for Honduras
11:43 PMa month ago

Carlos Rivera shoots at goal, but the shot ends up wide, both teams are already very worn out.
11:33 PMa month ago

Rodolfo Vega fouls Odin Ramos, the referee awards a free kick that Honduras does not take.
11:18 PMa month ago

Start of the second half of the match between Panama and Honduras.
11:08 PMa month ago

The first half of the 1-1 draw between Panama and Honduras came to an end.
11:03 PMa month ago

3 minutes of compensation are added.
10:58 PMa month ago

GOOOOL! by Honduras, Jeyson Contreras takes the penalty kick and the shot is saved by Miguel Perez, so Marco Aceituno is on time to rebound and score the equalizer.
10:53 PMa month ago

Christian Ruiz committed a foul on Miguel Carrasco, where he put his arm in and pulled him, knocking him down, so the referee awarded the penalty.
10:48 PMa month ago

Penalty for Honduras.
10:43 PMa month ago

Honduras takes a corner kick by Odin Ramos, Honduras begins to have more control of the ball.
10:38 PMa month ago

Heber Núñez fouls Miguel Pérez, the referee calls a free kick that ends in nothing.
10:33 PMa month ago

Panama clears a clearance through a rejection by Omar Alba
10:28 PMa month ago

GOOOOL! for Panama, Ricardo Gorday takes a shot from the edge of the box and puts the ball inside the left post with no options for the goalkeeper.
10:23 PMa month ago

Panama has had more chances to open the scoring, but has not been able to score, Honduras has difficulty getting out of their area.
10:18 PMa month ago

Omar Valencia kicks the ball too hard and throws it wide of the goal.
10:13 PMa month ago

Javier Betegón shoots at goal, but the goalkeeper avoids the goal
10:08 PMa month ago

The Honduras goalkeeper stopped the game, as he had to change his boots.
10:03 PMa month ago

Panama starts with the dominance of the match, looking for the first to open the scoreboard.
9:58 PMa month ago

The match between Panama and Honduras at the Estadio Morazán is ready.
9:53 PMa month ago

Both teams take the field for the start of this match at the Estadio Morazán, corresponding to the CONCACAF U-20 Preliminary World Cup.
9:48 PMa month ago

Popularly known as "La Bomboneríta" is one of the three soccer stadiums in the city of San Pedro Sula, Honduras. It is an official stadium for games of the National Professional Soccer League of Honduras, has a capacity for 18 thousand spectators and was inaugurated on January 1, 1938.
9:43 PMa month ago

The Honduran national team is facing the duel against Panama in the quarterfinals, but there is a doubt and concern about midfielder Isaac Castillo, who was injured in last Saturday's match against Curacao, so his participation is not confirmed at the moment.
9:38 PMa month ago

This is the starting XI with which both teams will take the field at the Estadio Morazán, a match corresponding to the CONCACAF U-20 Pre-World Cup 2022.

The final rosters for the CONCACAF U-20 Men's Championship 2022 (CU20C) have been submitted by the 20 countries competing in the tournament in Honduras.
The competition began the third week of June with a Group Stage between the 16 top-ranked teams after the group stage (June 18-23), with the top three teams from each of the groups advancing to the Round of 16, joining the four winners of the Qualifiers.
The knockout phase will begin with the round of 16 (June 25-26), followed by the quarterfinals (June 28-29), the semifinals (July 1) and the final (July 3).
9:28 PMa month ago

Where will it be shown?

Fans will be able to watch the competition through the Confederation's television partners, such as TUDN, ViX (U.S.-Spanish), Televisa (Mexico), One Soccer (CAN), ESPN (Caribbean and Central America) and multiple partners around the world. For other territories, the event will be available on the official Concacaf app.
9:23 PMa month ago

What are you preparing against Panama?

Coach Luis Alvarado spoke at the press conference prior to the match, where he mentioned what he is preparing for Panama.

"We have to follow the same guidelines that have not led us to this stage, maintain order, intensity and be effective in attack. We are not as flashy a team as the fans would like us to be in terms of ball possession and passing sequences, but we are lethal when we attack.

All Final Phase matches will be played in Tegucigalpa and San Pedro Sula, and will be governed by the direct elimination format. And the biggest reward will go to those who advance the furthest: the four semifinalists will qualify for the World Cup, while the two finalists will earn a ticket to the Summer Olympics.
9:08 PMa month ago

The game of their lives

The coach of the Honduras national team, Luis Alvarado, values his team's place in the quarterfinals where they will play for their pass to the World Cup, mentioning that if they do not achieve it, heads will have to roll.

"It is the game of life for everyone, because if the objective is not achieved, heads will have to roll and the first one they will want will be the coach. We are all playing for our lives here, they know that this is a before and after in their lives".

Do not miss a detail of the match with the live updates and commentaries of VAVEL. Follow along with us all the details, commentaries, analysis and lineups for this Panama U-20 vs Honduras U-20 match in the Quarterfinals CONCACAF U-20 Pre-World Cup 2022.
8:58 PMa month ago

This is the start time of the game Panama U-20 vs Honduras U-20 of 28th in June in several countries:

Both teams have never met in this competition, so this will be a great match, not only for the teams but also for what is at stake, as they are playing for a pass to the World Cup of the category.
8:43 PMa month ago

By the narrowest of margins

A single goal was enough for Panama to defeat Cuba and put one foot in the quarterfinals. The Canaleros won with a goal in the 66th minute through Carlos Alberto Rivera, the main figure of his team. They are the second team to qualify for the quarterfinals, after Costa Rica, which defeated Trinidad and Tobago 4-1 in the first match of the day.
8:38 PMa month ago

Watch out for this player from Panama

Javier Raúl Betegón, a 19 year old striker from CD Nacional of Portugal, with two goals in the tournament, has been present in the 4 games of his national team, being one of the attacking leaders.
8:33 PMa month ago

Watch out for this player from Honduras

Isaac Castillo Diaz is the player to watch for Honduras. The midfielder has earned his place in the starting 11 and has proven to be a real attacking tool as he generates space and distributes possession very well so Panama's defense will have a hard job in preventing him from flashing as he can create danger for them. 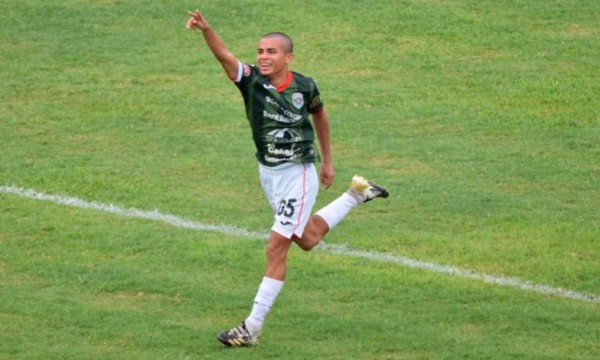 The CONCACAF Pre-World Cup will begin with a group stage of 16 teams divided into four groups of four, from which the top three teams in each group will advance to the next phase.
From there, the knockout round will begin. First, a round of 16 will be played, then the quarterfinals, followed by the semifinals and finally the grand final.
The teams of: Curacao, Dominican Republic, Puerto Rico and Nicaragua, are already awaiting opponents in the round of 16 after having qualified in a previous round.
The four teams that reach the semifinals will qualify for the World Cup, and the two finalists, in addition to being in the World Cup, will get their ticket to the Olympic Games in Paris in 2024.
8:18 PMa month ago

Honduras defeated Curaçao 4-1 to advance to the next phase and where Marco Aceituno, Geremy Rodas, Odin Ramos and Carrasco were the ones who gave the advantage to their team. Honduras was far superior from the start and this was demonstrated when Marco Aceituno scored the 1-0 against Curaçao, taking advantage of a serious mistake in defense, he took off the goalkeeper and scored with the goal completely alone.

Good afternoon to all VAVEL readers! Welcome to the Panama U-20 vs Honduras U-20 match, corresponding to the quarterfinals of the CONCACAF U-20 World Cup 2022. The match will take place at the Estadio Morazán at 22:00.

Diaz, Zelarayan lift Columbus in 3-2 win over NYCFC a day ago