Keep exploring all that we have to offer

Last 5 minutes of regular time and city want the fifth
11:40 AM5 days ago

Lerma's own goal and it was the fourth goal

All under control at the Etihad Stadium and it looks like City will take all 3 points
11:27 AM5 days ago

First changes for both teams that want to find a new dynamic
11:17 AM5 days ago

The second half of the match begins
10:49 AM5 days ago

First half ends with City's convincing 3-0 win over Bournemouth
10:47 AM5 days ago

The third goal of the afternoon came and this is already a goal, scored by Foden.

In the best moments of the visit, Kevin De Bruyne appears and scores the second goal of the match

If the visitors don't respond, this could end in a major Manchester City drubbing.
10:19 AM5 days ago

Ilkay Gundogan scores it and it's already won by the citizens

the match started with the local team already looking to open the scoreboard.
10:02 AM5 days ago

All set in Manchester

The teams are all set for this afternoon's match, where Bournemouth visits Manchester City in a match of teams with very different objectives in the season.

The lineups of the match

The duel in the dugouts

Manchester City has one of the best coaches in the history of club soccer in Pep Guardiola, while the visitors have Scott Parker as their coach.
9:33 AM5 days ago

The venue for tonight's game

The Etihad Stadium, formerly known as Manchester Stadium, was inaugurated in 2002 at a cost of 110 million pounds.
It has a capacity of 55,097 spectators and has become one of the stadiums that has lifted the most Premier League titles.
9:23 AM5 days ago

In goal, there is a very unequal duel for the performance of each goalkeeper, as Ederson is one of the best in the world while Mark Travers has yet to prove his level in England's elite.
9:18 AM5 days ago

The best in assists

For the visitors the best in assists is Kelly with one on the season, while for Manchester City the only assist man at the moment is Kevin De Bruyne.
9:13 AM5 days ago

For the home team is Erling Haaland with 2 goals so far in the early Premier League season.
Tied as top scorers for the visitors with 1 goal are Kieffer Moore and Jefferson Lerma.
9:08 AM5 days ago

Bournemouth will have to avoid relegation

Bournemouth returned to the first division of English soccer after being the best defense in the second division, but the leap to the Premier League is very big and they will have to try to save themselves and find their way back to the best soccer in the world.
9:03 AM5 days ago

One of the best players for City last season was undoubtedly Bernardo Silva and the latest rumors indicate that Barcelona will look to sign him.
The Portuguese is eager to play in Spain and it could be that the transfer will be completed and Pep Guardiola will lose one of his best players in the squad.
8:58 AM5 days ago

Do not miss a detail of the match with the live updates and commentaries of VAVEL. Follow along with us all the details, commentaries, analysis and lineups for this Manchester City vs Bournemouth match in Premier League 2022.
8:53 AM5 days ago

The Premier League will look for more effective playing time

England's Premier League wants to find more effective playing time in its matches, looking to reach 60 effective minutes of play in all its games this season.
8:48 AM5 days ago

What time is Manchester City vs Bournemouth match for Premier League?

This is the start time of the game Manchester City vs Bournemouthof 13th August in several countries:

Watch out for this Bournemouth player

Dominic Solanke returned to the Premier League and has a new opportunity to prove he is good enough for elite soccer.
The former Chelsea striker arrived at Bournemouth with the intention of getting minutes and earned the right to move up and be a starter in the top flight of English soccer. 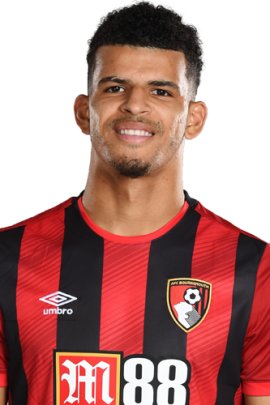 Watch out for this Manchester City player

The Manchester side have their big summer signing Erling Haaland as the striker they have lacked in recent seasons.
The Norwegian tired of scoring goals in the Bundesliga and came with a brace in the season opener against West Ham and will be looking to win the golden boot.
8:33 AM5 days ago

The Premier League is back with a bang

The best league on the planet once again took the spotlight with signings such as Haaland and Darwin Núñez in the great fight between Liverpool and Manchester City.
However, the fight for the non-relegation and European places will be more competitive than ever in a season that will be exciting.
8:18 AM5 days ago

Bournemouth achieved promotion from the Championship by finishing in second place in England's second division.
Although the forecasts indicate that they will return to the silver division, they surprised everyone by winning on matchday 1 against Aston Villa.
8:13 AM5 days ago

Manchester City for all the titles

The Sky blue have a new season and opportunity to fight for all possible titles and they will look for it with their new star striker, Erling Braut Haaland who debuted in England with a double.
Guardiola knows that he must maintain the dominance in the league but the Champions League is the great ambition of the Manchester team.
8:08 AM5 days ago

Duel of teams that won on matchday 1

The Premier League champions are presented in front of their fans for a new season where they will be looking for a three-time league championship and to dream of their first Champions League.
Bournemouth returned to England's top division with the aim of maintaining the category and although they arrive as victims to the match, they took the first 3 points in the opening matchday.
8:03 AM5 days ago

Welcome to VAVEL.com’s LIVE coverage of the 2022 Premier League: Manchester City vs Bournemouth !