Thank you so much for following Braga and Royale at VAVEL. A great night to all and until next time.
4:43 PM2 months ago

Amazing how the coach's finger made the difference. Nilsson received another pass from Adingra and scored the second goal in the last minute of the game to turn the score around.
4:42 PM2 months ago

Nilsson received a pass from Adingra inside the area and scored the equalizer for the Belgian team. Both players have just entered the match.
4:39 PM2 months ago

Second half without great moments, especially for Braga, who can't get to the attack often. The match is coming to the final stretch with Braga's victory.
4:37 PM2 months ago

Out: Ricardo Horta and Vitinha.

Fabiano Silva was fouled hard and received a yellow card.
4:21 PM2 months ago

Abel Ruíz received a pass inside Vitinha's area, dominated and scored the first goal of the game at the beginning of the final stage.
4:18 PM2 months ago

The game remains tied with no goals.
2:53 PM2 months ago

Braga continues to play better, but without creating great opportunities.
2:50 PM2 months ago 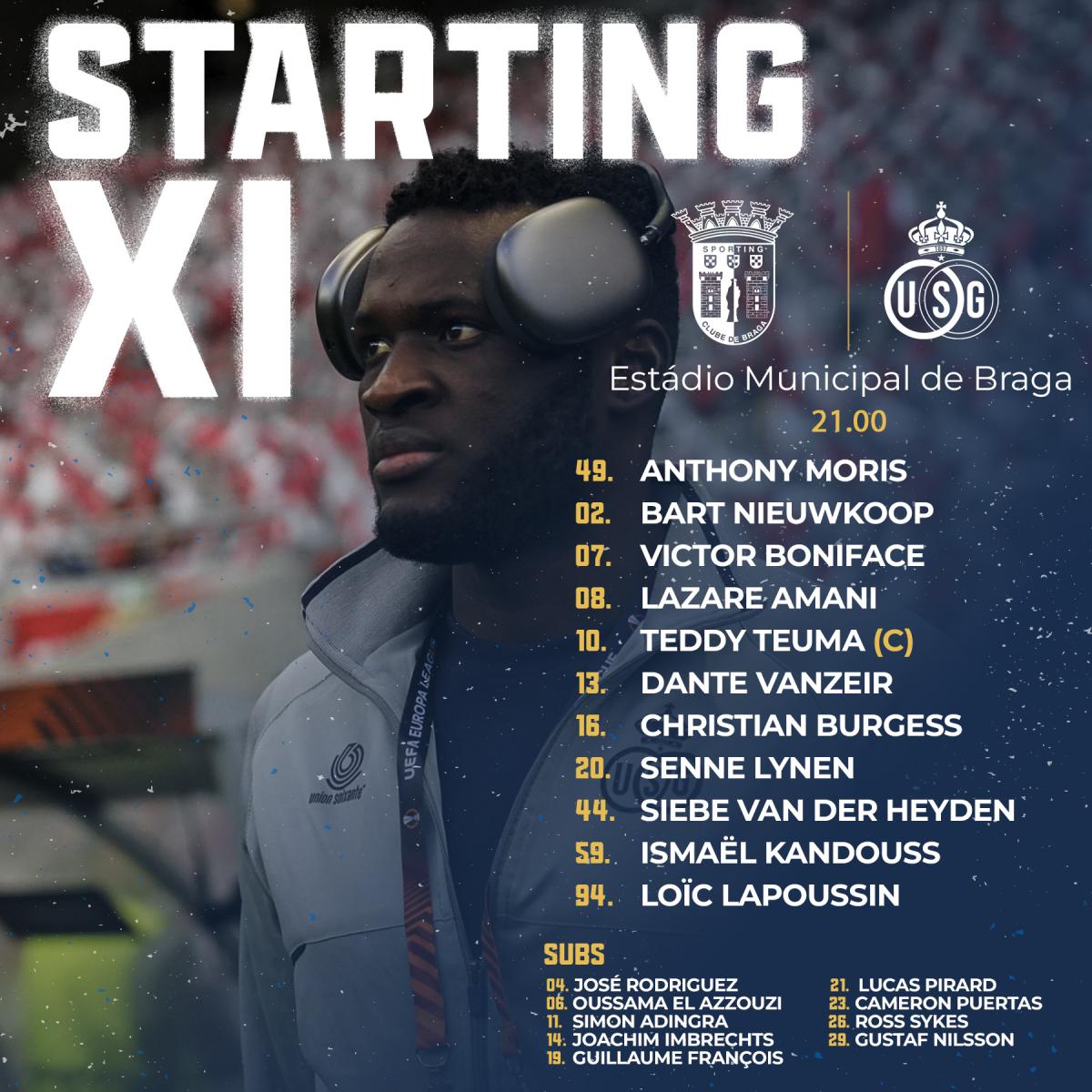 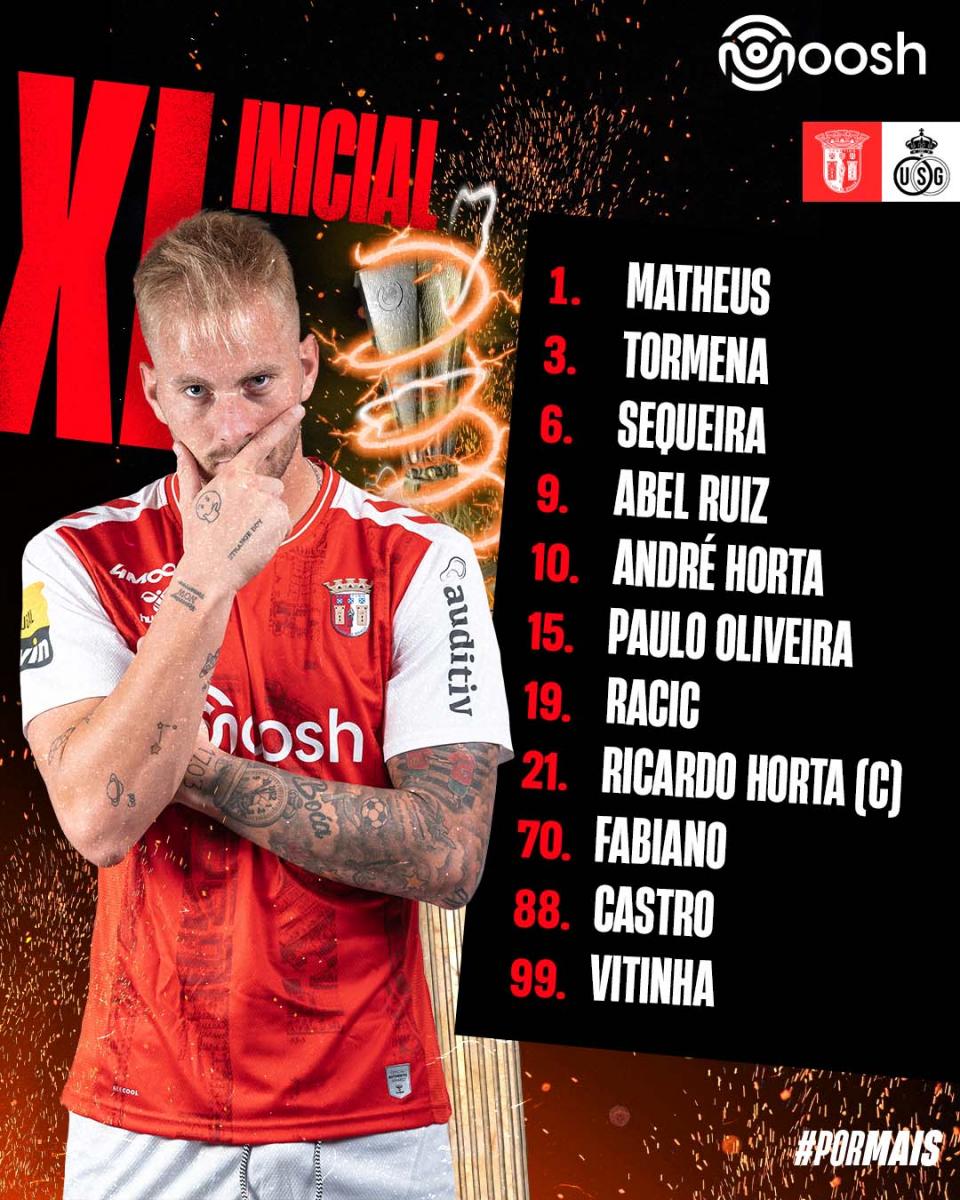 Do not miss a detail of the match Braga vs Union Saint-Gilloise live updates and commentaries live here on VAVEL.
4:56 PM2 months ago

Coach Artur Jorge talked about some points before the game against the Belgian team.

“The approach we take will be decisive for the final result. We will face a team that, like us, is in the first place of the group with two victories. With four games to go, tomorrow's match; will be very important for what é our goal to finish this group first. To be able to take off from this opponent would be very important", he said.

“We have eight victories and one defeat; at the moment. We are used to working on triumphs. The work that é done with the team hasn't changed at all, because I have players with a great character. This week we share what are the opponent's strengths to approach the game in the right way and win.”

“I hope this is an advantage. This opponent é a team that will demand a lot from us, a very complicated team, which has very interesting dynamics. I know enough about the opponent to be prepared and feel capable of preparing my players. We're not just going to focus on the teams' experience in these competitions, but on what is; the moment and what we will have ahead of us tomorrow.”

“Not conceding a goal represents points. We've been careful to be a very competitive and defensively competent team. We're going to face a team that has an offensive tendency and we haven't been able to show that too, already; that we've scored goals in every game this season.”

“Our idea is to guarantee first place. We want to win tomorrow's game, we have a difficult challenge ahead, but we are focused on what we have to do to get the 3 points, which é our goal.”

“We did an analysis of the opposing team. They play in a 5-3-2 system and we know their strengths and weaknesses, but we are more focused on us and on reacting to win the game.”

“We have responsibilities in every game. We always enter the field to win and tomorrowã will not be an exception. We know that we can increase our advantage over the opponent and é that's what we all want.”

How does Braga arrive?

OI Braga was thrashed by Porto at the weekend by the Portuguese Championship by 4-1, playing at Estádio do Dragão. The defeat made the team see Benfica isolate itself in the lead with 22 points, even though they continued in the runner-up with 19 points, the same as Porto. In the last 10 games, Braga won eight, lost one and drew another.
4:41 PM2 months ago

After the victory over the weekend, several characters from the  Royale Union spoke.

''É good after these two weeks of injuries. But I'm not too stressed, the goals will come. I'm happy to resume the championship after the break like this. É importantly, we started well in Europe and in the championship we will continue to give our all for the future", said Vanzeir.

''This goal é good for me, but also good for the team. It was important to win and not concede goals after the break. We know that é I need to have patience and that a match lasts 90 minutes. Our strength é that we know and become more mature. We are united and the European games unite us'', commented Kandous.

Union gave everything to win this match. We know that untilé mid-November, it's our minds that will have to play because our energy will be too low. smaller. And this season, we learned to play more maturely. Union has this maturity to evolve thanks to à élast time, thanks to à experience but also with our aggressiveness to win. When we were in Berlin, most teams would be satisfied with a 0-0, we were there; to win the game'', concluded Morris.

How does Royale Union arrive?

The  Royale Union arrives for the confrontation with three victories in a row and seven victories in the last nine games, being vice-leader of the group in the Europa League and 4º placed in the Pro League.
4:26 PM2 months ago

The match will be played at Braga Stadium

The Braga vs Union Saint-Gilloise match will be played at the Braga Stadium with a capacity of 30.286 people.
4:16 PM2 months ago

My name is Thomas Alencar and I’ll be your host for this game. We will provide you with pre-game analysis, score updates, and news as it happens live here on VAVEL.