The match between Spain and Costa Rica is over, with the Spaniards winning by a landslide.
12:53 PM12 days ago

Goal, goal, goal for Spain! Alvaro Morata popped up, turned around and scored the seventh of the night.
12:50 PM12 days ago

Goal, goal, goal for Spain! Delayed ball, Soler appears from behind and sends a lethal shot that puts the sixth.
12:47 PM12 days ago

Olmo's shot, but Waston's defensive header prevents the ball from reaching the goal.
12:40 PM12 days ago

Excellent intervention by Fuller, preventing Morata from making an impact with the ball.
12:35 PM12 days ago

Changes in Spain. Alba and Busquets come off and Baldé, who is making his World Cup debut, and Koke come on.
12:24 PM12 days ago

Costa Rica changes. Ruíz and Zamora are replaced by Bennette and Contreras.
12:17 PM12 days ago

Changes in Spain. Pedri and Ferran are replaced by Morata and Soler.
12:17 PM12 days ago

Good defensive intervention, taking the ball away from Olmos.
12:15 PM12 days ago

Costa Rica changes. Martinez comes off for Waston.
11:51 AM12 days ago

A back and forth match, Costa Rica seeks to open the scoring but fails to generate.
11:39 AM12 days ago

Spain dominates the match and keeps possession of the ball, Costa Rica fails to generate.
11:31 AM12 days ago

Goal, goal, goal for Spain! Ferran Torres shoots from the penalty spot and scores the third for the Spaniards.
11:30 AM12 days ago

Penalty for Spain! Alba is brought down by Duarte and the foul is called.
11:27 AM12 days ago

Gavi arrived with danger, but Oviedo intervened and prevented the goal.
11:23 AM12 days ago

Goal, goal, goal for Spain! Jordi Alba's cross, Asensio appears in the middle and shoots into the goal for the second.
11:23 AM12 days ago

Ferran Torres misplaced his pass and ended up handing the attack to the Ticos, but the play was unsuccessful.
11:13 AM12 days ago

Goal, goal, goal for Spain! Dani Olmo crosses to Dani Olmo, the player brings the ball down, turns and sends a lethal shot to score the first goal.
11:12 AM12 days ago

Close! Pedri sends a cross to Asensio, who shoots but the ball goes wide.
11:06 AM12 days ago

Both teams are already warming up on the field prior to the start of this important match, the debut in this competition for both squads.
10:48 AM12 days ago

Both Spain and Costa Rica are already in Doha, and will be looking for a great game and a victory in this first match.
10:43 AM12 days ago

The fans of both teams are already at the stadium, and will be looking to give their team all their support in order to make it three out of three. 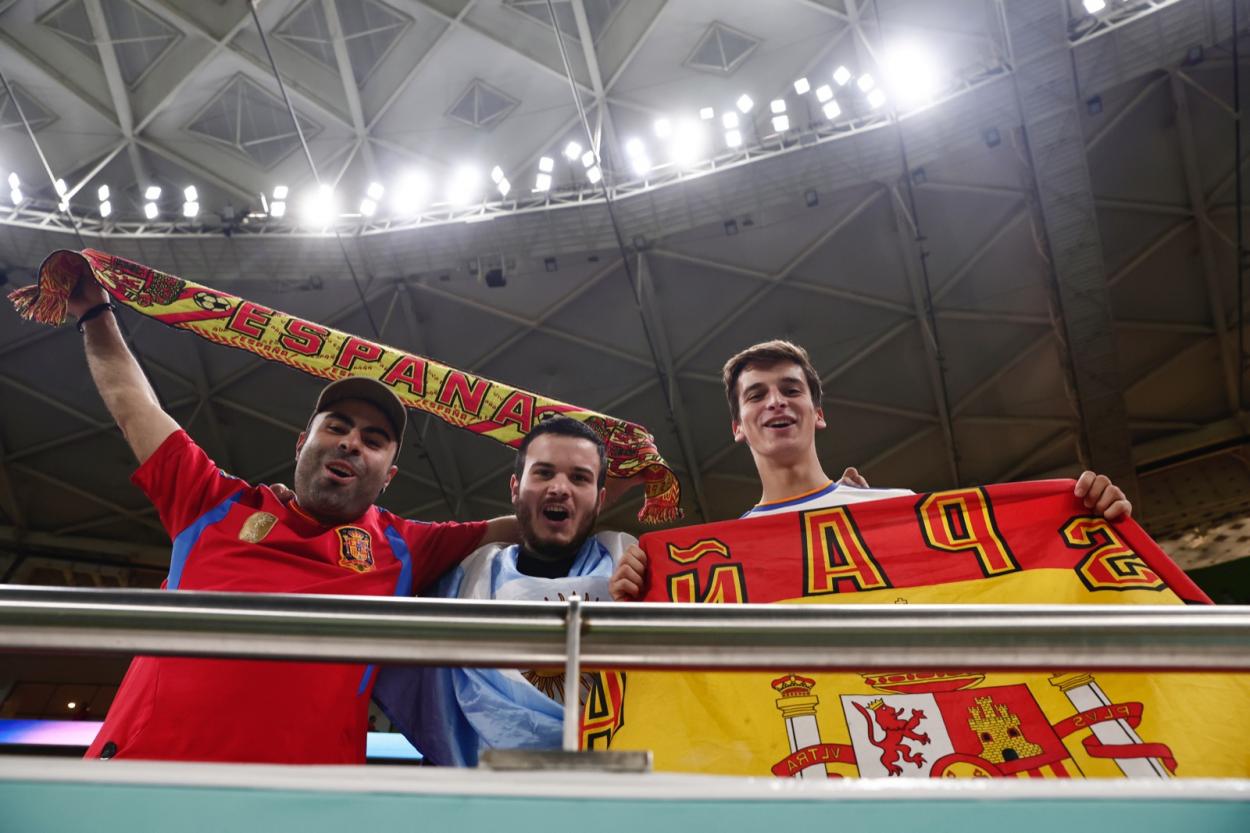 The coach of Costa Rica, Luis Fernando Suárez will make his debut in this awaited Cup, looking to leave Costa Rica in the top positions.
10:33 AM12 days ago

This is the fifth time Spain has faced CONCACAF teams. Previously, they have faced Honduras, Mexico and the United States on two occasions.
10:23 AM12 days ago

There are seven Spanish national team players who are Barcelona players, being the team that contributes the most players to their country in this World Cup.
10:18 AM12 days ago

This is the eighth time Costa Rica has faced a world champion team, having previously faced Brazil on three occasions, Germany, Uruguay, Italy and England.
10:13 AM12 days ago

This will be the first time in a World Cup that Spain and Costa Rica face each other. Previously they have met in friendly matches, Spain has two wins and a draw.
10:08 AM12 days ago

We're back for a minute-by-minute coverage of the first matchday match between Spain and Costa Rica. We will soon share with you the most relevant information, as well as the confirmed lineups.
10:03 AM12 days ago

Stay tuned for the Spain vs Costa Rica live stream

In a few moments we will share with you the starting lineups for Spain vs Costa Rica live, as well as the latest information from Al Thumama Stadium. Stay tuned for up-to-the-minute live coverage of the match on VAVEL.
9:58 AM12 days ago

Where and how to watch Spain vs Costa Rica live online

The match will be broadcast on Telemundo.

Spain vs Costa Rica can be tuned in from ViX live streams, Fox Sports App.

What time is the match of Spain vs Costa Rica, matchday 1 of the Qatar 2022 World Cup?

This is the kick-off time for the Spain vs Costa Rica match on November 23, 2022 in several countries:

Luis Fernando Suarez, Costa Rica coach, spoke ahead of their debut: "It will be a match where we must be very demanding with tactics and attention. We have to try to make our opponents feel uncomfortable. Then, we have to show our strengths, which we also have. We have to demand a lot from the players. It's been a long time since we started playing this World Cup. We've been in this mode for a long time. We hope to get off to a good start. We have to be strong as a team. We have to have a better attacking density and improve our finishing. I think we've improved that during this time."

"The team is very strong emotionally. Winning the playoffs was the end of something that started in a complicated way. Of acid and cruel moments. There was no optimism, but the group came together to do things. The ambition never changed. If there is a strong group that I have led, it is this one. If there is a tactically strong group, it is this one. They have always given me guarantees and that gives me peace of mind. It is a mature group that knows where it is going. Emotionally, very strong.

Luis Enrique spoke ahead of this important duel: "I think it's positive because the young players give energy to the squad. And the staff and the veterans give the team the necessary experience. I think it's going to be a good tournament".

"The leader of any national team must be the coach. He is the one who makes the decisions. Of course I am the leader of the national team. I decide who plays, who gets called up? But he is a leader who has to give power to the players who are the ones on the field in difficult situations. I am delighted to be in my first World Cup as coach."

"It always happens to us in Spain and in all countries. Decisions are always judged. It was a 10- or 15-day injury and the first two games I couldn't play. I do what is best for the country. Imagine if I listen to those in Valencia or what Gayà wanted, which is normal, and Jordi Alba gets injured. I have no full-backs to make my debut? Imagine what you would say about me. The best thing for the team is to call up another player and have two left-backs in full condition. Left back is the only position that can't be expected. If he was in another position I would stick with him. And I feel sorry for him, because he's a great guy and he's been very unlucky. He twists his ankle all by himself on a cross-remate. I'm sure he'll get something positive out of it in the future."

"We give the players information about the opponent on the day of the match. That's the day when we analyze. During the week we already do work focused on the rival, but we give the players the information the same day. Maximum respect to Costa Rica. When I made a mistake, it was a mistake, maybe because I was stupid. It is clear that those who make a point of it are never wrong, but I am. And I apologize without any problem".

How does Costa Rica arrive?

Costa Rica comes to this match after beating Nigeria by two goals to nil in their last preparation match at the beginning of November. The Costa Rican team had a match scheduled the week before the start of the World Cup, however, they had problems with the Iraqi authorities and ended up canceling the match that was to be played a few days before arriving at the venue. 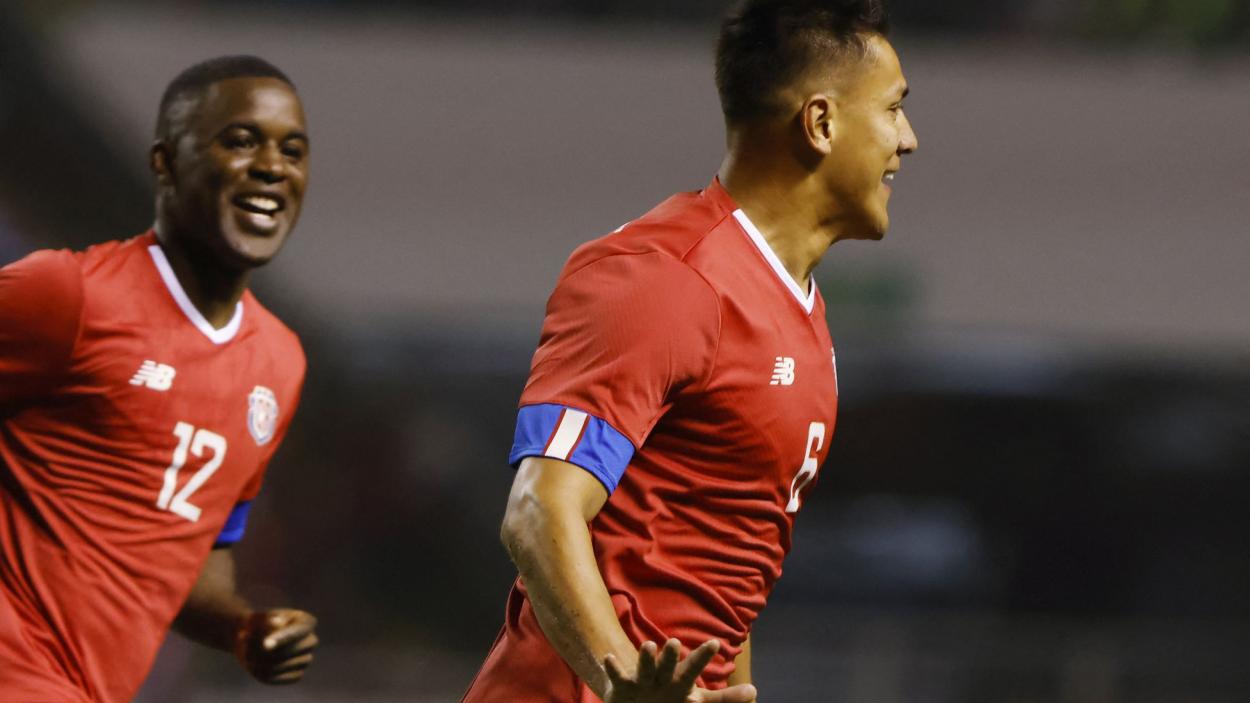 Spain will make its debut in this World Cup in Qatar after defeating Jordan in its last friendly match prior to the tournament. It is important to highlight that the squad has had many injuries and an important generational change, being one of the youngest teams to play. In addition, prior to playing the Nations League, they defeated Albania and Iceland in a categorical manner. 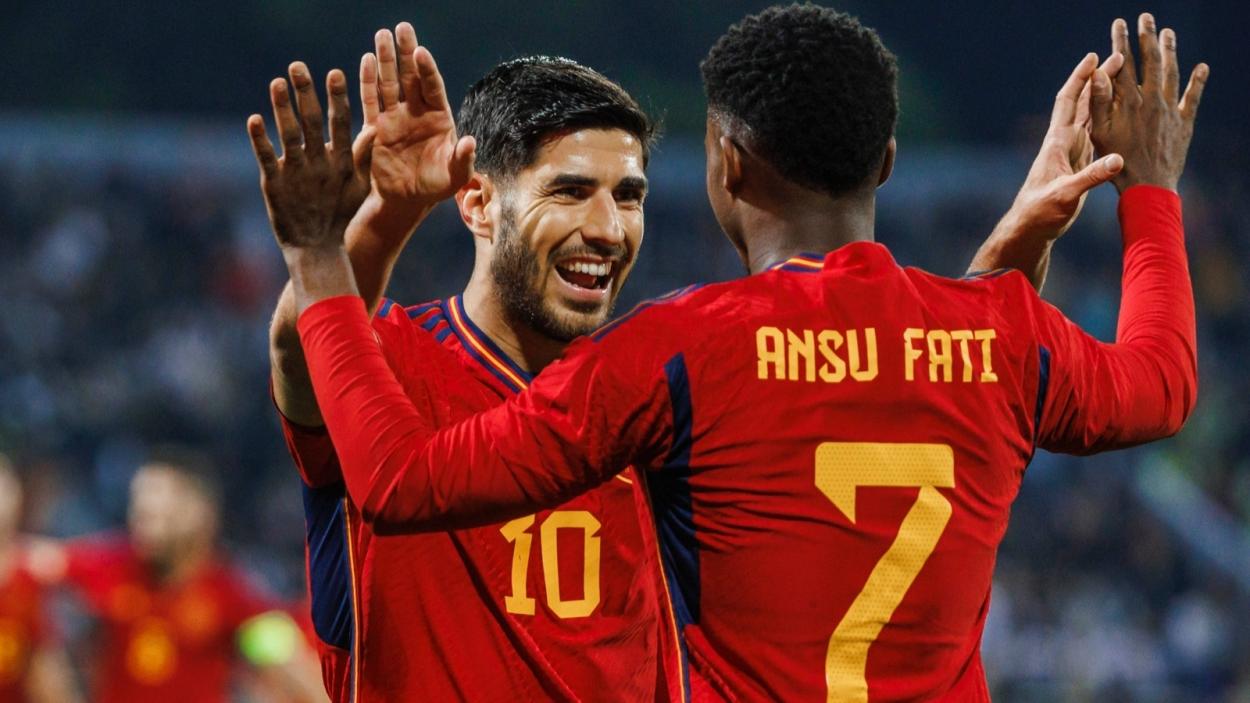 The match will be played at Al Thumama Stadium.

The Spain vs Costa Rica match will be played at the Al Thumama Stadium, located in Doha, Qatar. The stadium has a capacity for 40,000 people. This stadium was recently inaugurated in 2021 and will host eight World Cup matches. It should be noted that once the World Cup is over, the stadium will reduce its capacity by half.
9:13 AM12 days ago

Welcome to the live broadcast of the Spain vs Costa Rica match, corresponding to Day 1 of the Qatar 2022 World Cup. The match will take place at the Al Thumama Stadium at 10:00 am.