Grill defends, drops the ball, Arthur Chaves plays for Bernardo Folha and he scores the goal. Another goal from Porto!
4:23 PM8 days ago

Ramírez crosses and gives work to Cláudio Ramos who defends the cross.
4:22 PM8 days ago

Another goal from Porto! João Mário passes to Namaso in front of the goal and he doesn't waste the opportunity.
4:17 PM8 days ago

Good shot by Quizera and the ball skimming the crossbar by Cláudio Ramos.
3:21 PM8 days ago

Pepe hits the post with a header. Great move by Pepê.
3:19 PM8 days ago

Porto goal! Eustáquio opens the scoring with assistance from Veron. João Mário crosses, Veron heads to Eustaquio and he sends it to the goal.
2:49 PM8 days ago

How and where to watch the Porto x Académico match live?

If you want to watch the game Porto x Académico live on TV, your options is: ESPN

If you want to directly stream it: Star+

What time is Porto vs Académico match for Portuguese Cup?

This is the start time of the game Porto vs Académico of 24th January 2023 in several countries: 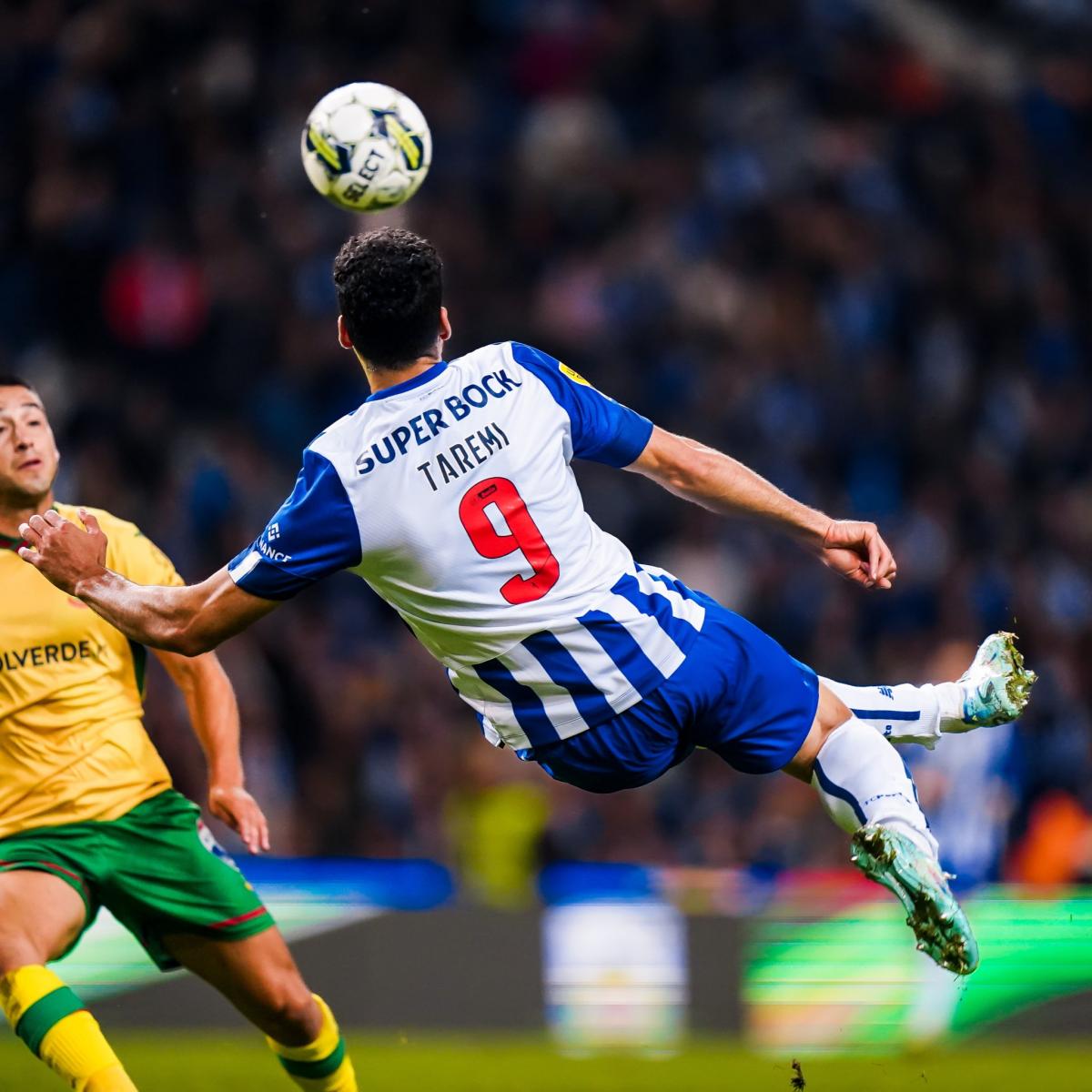 “We really want to win because we are behind two teams and we want to finish the championship in first place”.

“I expect a difficult game, because in the away games we have had more difficulties than in the home games. Added to that is Vitória SC which, despite not being in a good phase of results, is well trained and has interesting game principles. It is a historically difficult exit.”

“If Anderson doesn't play, someone else will definitely play, as there are several quality options in Vitória SC's attack. We have to look at the dynamics of the team and understand what we have to do to win the game”.

“We are used to pressure games and the difficulties we have to overcome. We defend the colors of a club where pressure is always present. If it doesn't exist, I'll create it. We cannot look at tomorrow's game without thinking about winning it. We really want to win because we are behind two teams and we want to finish the championship in first place. Even today in training I spoke about the points we've already lost and in the next four games, three are away. If we want a competitive spirit here, we have to face away games like we do at home. Away there has been some ineffectiveness at the offensive level, but at home we have been more effective. Apart from the game against Santa Clara, in the Azores, we always had a competitive spirit. It’s a conversation we’ve been having internally.”

The undefeated series of Académico de Viseu, which is in the Second Division of the Portuguese Championship, is even greater than that of its opponent this Wednesday. She reached 20 matches with the 1-1 draw at home on Saturday, January 21, against Nacional. Match for the seventeenth round of the 2022/2023 version of Liga Portugal 2, the last of the first round.

Started on September 17, the streak has 14 wins and six draws between matches from the Lusitanian Premiership, the Portuguese League Cup and the Portuguese Cup. The team's priority, naturally, is the search for access to the elite through Liga Portugal 2. With 28 points (seven wins, seven draws and five defeats), it occupies fifth place in the leaderboard.

It is two points below Estrela da Amadora, which in third position closes the region that allows access to the elite division. As a visitor, the performance of Académico de Viseu in the Second Division of the Portuguese Championship is slightly lower. It is the sixth place in the ranking of this aspect of the tournament. Of the 24 points he played as column two, he won 13 (three wins, four draws and one defeat). He scored 14 goals and conceded 11.

Porto opened its participation in the competition with a stumbling block. Acting at home, it was only tied, by 2 to 2, against Mafra, from the Second Division. However, later, he engaged a winning streak that led him to the semifinals. In the first phase, they won group A with seven points (two wins and a draw). In the quarterfinals, in which he could play at Estádio do Dragão, he scored 2-0 against Gil Vicente.

The team continues with four open battlefronts. In the Portuguese Cup, by thrashing Arouca, by 4 to 0, he advanced to the quarterfinal stage. His opponent in the fight to continue defending the title won in the previous season will be Académico de Viseu. In the Champions League, he will return to contention on February 22. In the round of 16, the battle against Internazionale, in Milan, will begin.

In the Portuguese Championship, on Saturday, they overcame Vitória de Guimarães, on opposing soil, by 1-0. In this way, they extended their unbeaten streak to 15 matches. The series began on 26 October. It has 12 wins and three draws. In Liga Portugal, with 39 points (12 wins, three draws and two defeats), it ranks third in the leaderboard. It is five points below Benfica, leader. As principal, it has the second best performance of the tournament. Of the 24 points he played at Estádio do Dragão, he won 21 (seven wins and one defeat). He scored 28 goals and conceded five.

After holding two lean editions due to the pandemic, the Taça da Liga de Portugal won a robust version in 2022/2023. It had its first phase held during the Cata World Cup with 34 participants. They were divided into eight groups. Six of them (A, B, C, D, E and F) had four teams. Two (G and H) had five participants. Duel in single turn. After completing the scheduled journeys, the champion advanced to the quarterfinals, which were held in single games. Now, also in single games, the finalists and the champion will be defined.
9:20 AM9 days ago

Live Porto x Academico de Viseu face each other this Tuesday(24), at Estádio do Dragão, at 4:45 pm (from Brasilia), for the Portuguese Cup.
9:15 AM9 days ago