A well deserved win for Everton thanks to a fantastic Calvert-Lewin header, but a dreadful display from Tottenham.

Thank you for joining me for this live text commentary, the match report will follow soon!

90+3' Hojbjerg swings in a cross towards the back-post but Pickford claims.
18:189 days ago

85' Hojbjerg is yellow carded as he gives away a bad foul on Richarlison. Not a good debut from the Dane.
18:119 days ago

83' Everton come at Spurs again as Doucoure slides in Calvert-Lewin who can't squeeze the ball past Lloris from a tight angle.
18:079 days ago

80' Another corner for Spurs. A little bit of pinball before the ball eventually ends up in Pickford's hands.

Ndombele has made a difference

75' SUB: Ndombele is on for Doherty Immediately Ndombele gets on the ball and it's a defence splitting pass to Kane.
18:009 days ago

72' Richarlison again almost gets the second goal! There is no pressing from Spurs who look like they have given up... at 1-0 down! The Brazillian's effort is just wide again.
17:599 days ago

71' Everton have been good, but Tottenham have been absolutely embarassing. Almost another chance for Everton but Hojbjerg just managed to clear in time.
17:569 days ago

69' First attempt of the half for Spurs as Lucas heads towards goal but it's a comfortable save for Pickford.

Up the other end Richarlison runs at the Spurs defence again and fires just wide.

66' This performance from Spurs has been nothing short of atrocious. No pressing. No tempo. No structure. Awful.
17:509 days ago

62' The game has gone a little stale since the goal, a bit scrappy and a bit clumsy. Everton still remain with their lead intact and Spurs really need to start threatening the goal more often.
17:479 days ago

57' Jose Mourinho is still angry about the positioning of the  free-kick, but there is nothing that can be done now and Spurs are really under pressure now.
17:419 days ago

IT WAS COMING AND WHAT A HEADER IT WAS!  The free-kick is deep and Calvert-Lewin gets up and heads home beautifully! It's deserved, but Spurs need to get their heads in the game.
17:419 days ago

53' Spurs under siege now as Hojbjerg tries to control the ball in his own box and is dispossessed, but Gomes' shot is deflected out for a corner. Spurs clear and so almost break, Lucas Moura mili-seconds away from reaching the ball before last-man Doucoure but the new Everton man does enough.
17:399 days ago

52' Swiftly after I said Spurs have began the second 45 well, Everton have had two great chances! This time Doherty does enough at the back post to put off Richarlison.
17:389 days ago

51' HUGE CHANCE FOR JAMES RODRIGUEZ! 12 yards out, the Colombian scuffs his shot way wide after great work from Calvert-Lewin.
17:379 days ago

50' Doucoure leaves his foot in on Davies but not enough for a VAR check. Spurs have started well.
17:349 days ago

47' Kane lets Keane's header go out for a Spurs corner. The corner is poor and Everton clear.
17:339 days ago

SECOND HALF KICKS OFF!

Everton kick us off!

Should Son have passed to Kane?

Jordan Pickford made a marvellous save for Everton from Dele Alli as Son fed him clean through from a counter-attack.

Great save from Pickford! 🧤#THFC break from an #EFC corner at pace and Alli sees his goal-bound effort tipped over the bar!

Was the more obvious and better option Harry Kane there? I think it would have been 1-0 if Kane was fed instead.

Richarlison really had the best chance to open the scoring and it is an absolute sitter.

Richarlison capitalises on a loose pass from Davies but he somehow misses the target with the goal at his mercy!

A chance gone begging for Everton right while they were firmly in control.

Well, what a strange way to end the half....

Son with the last kick of the half, takes a short free-kick and the referee blows the whistle for half-time before Winks can get in a cross!

Entertaining first half, it will be interesting to see if either team assumes control in the second half.

45' Rodriguez now has just given away a needless foul on the touchline, Son over the free-kick again.
17:149 days ago

43' Richarlison wriggles past Hojbjerg too easily and gets a shot away on the edge, but it doesn't trouble Lloris who saves comfortably.
17:139 days ago

42' HUGE CHANCE FOR DOHERTY! That's more like it from Spurs as Doherty plays a lovely one-two with Kane who lifts the return ball over the top for Doherty and the Irishman powers a shot at goal, but Pickford makes a very good save again.
17:089 days ago

37' Almost from James Rodriguez who again cuts in from the right onto his left foot and lets fly, but it's just wide.
17:049 days ago

33' WHAT A SAVE FROM PICKFORD! Lucas wins the ball on the edge of his own area and releases Son who holds the ball up, and just as Kane should really have been released, he feeds Alli who strikes a goal bound shot at goal but Pickford is equal to it. The resulting corner is cleared by Everton.
17:029 days ago

32' Doherty concedes another corner, this time from a Digne cross.
17:019 days ago

31' First corner for Everton as Richarlison drives at the Spurs defence and whips in a cross which Doherty diverts out for a corner. The corner is cleared by Hojbjerg and Everton now have a throw-in.
16:599 days ago

28' Rodriguez' talent at times is mind-boggling his passes on multiple occasions look like they were way wide of the mark or a little too short, but somehow in the air the ball always seems to swerve inch-perfectly at the last second.

27' Now Everton with an opportunity! Hojbjerg is robbed in midfield and Everton counter at pace, but Calvert-Lewin's touch slows them down.

He finds Richarlison who feeds Rodriguez but the Colombian can't get any power on his shot.

25' Another chance for Spurs! It's too unselfish from Dele Alli who is released by Kane, but Alli, inside the box, opts to square for Son who is marked heavily instead of shooting. The ball is cleared but Spurs now threatening.
16:559 days ago

24' HUGE CHANCE FOR KANE THIS TIME! Son cuts in and delivers a delicious cross for Kane who can't quite reach it at the back post - any touch from the England captain and it's the opening goal.
16:549 days ago

23' Yerry Mina tries a pot-shot from 25-yards, it's looping but not dipping quick enough and it doesn't bother Lloris.
16:539 days ago

21' Spurs have enjoyed a nice three minutes of keeping possession, finding the pockets of space and look like they are slowly working out which areas to exploit.

19' First corner for Spurs off Seamus Coleman. It's a lovely corner from Son but Alderweireld can't make the right connection and Everton clear.
16:489 days ago

16' WHAT A CHANCE FOR RICHARLISON! It's a sitter! Davies  does really well to initially win the ball but his pass to Alderweireld is absolutely catastrophic, lifting it a good 30 yards behind Alderweireld and through on goal in the path of Richarlison, who rounds the keeper but is off balance and skies his shot! Warning shot for Spurs.
16:459 days ago

14' Not too much to report on, although it is clear what the two sides game plans are.

Tottenham are going direct and running direct, Everton are keen to remain patient and find Rodriguez and Richarlison in pockets of space.

10' Spurs for the first time in a while have possession via a goal kick. James Rodriguez has already shown his class on multiple occasions, and Allan seems a quality addition too.

Not seen too much yet of Hojbjerg or Doherty for Spurs.

8' Everton now beginning to settle on the ball and show some quality as Rodriguez zips the ball beautifully to Digne.

Spurs for now containing the visitors - no real openings for either side yet.

6' Alli wins a header in the middle of the park which Kane in turn flicks the ball over the top for Son to chase, but again Coleman manages to cover and clear.
16:339 days ago
3' First shot on target comes from Heung-Min Son who tries a speculative shot from 25 yards but its straight at Pickford. Everton then put under pressure again by Son who spins his marker but Coleman recovers.
16:309 days ago

Moments Away from Kick-Off

The teams arrive onto the pitch for their opening match of their respective seasons!
16:169 days ago

Everton and Spurs have faced off 179 times before today's match, with Spurs coming out on top 68 times, Everton 55 times and the spoils being shared 56 times.
15:599 days ago

Last Time Between The Two Clubs

Last time Everton and Spurs met at the new Tottenham Hotspur Stadium was just over a couple of months ago at the back end of last season.

Spurs won the match 1-0 courtesy of a Michael Keane own goal.

Like Spurs, Everton have tweeted their new signings arriving.

Could any of James Rodriguez, Allan or Doucoure get on the scoresheet?

Here is Hojbjerg, Doherty and Hart arriving for their first ever competitive fixture in a Spurs shirt!

Could we see a big impact from any of them today?

This new Everton side managed by Carlo Ancelotti looks impressive and dangerous.

James Rodriguez, Allan and Doucoure all start with Calvert-Lewin leading the line and Richarlison supporting.

So Jose Mourinho has opted for a midfield of Hojbjerg and Winks, Ndombele starts on the bench with Bergwijn as Doherty and Hojbjerg make their debuts.

Hart is on the bench for Spurs, but still no striker available to come on for Kane....

Get involved and send us your score predictions by tweeting me @Dan_H26 with your prediction!
13:429 days ago

Welcome to Vavel UK's live text coverage of the game between Tottenham Hotspur vs Everton!

I am your host Daniel Huggins and I will be keeping you up to date with the latest highlights from the game.

Chelsea vs Barnsley preview: Kick-off time, predicted lineups and ones to watch4 hours ago

Manchester City vs Bournemouth preview: How to watch, kick off time, team news, predicted lineups and ones to watch5 hours ago 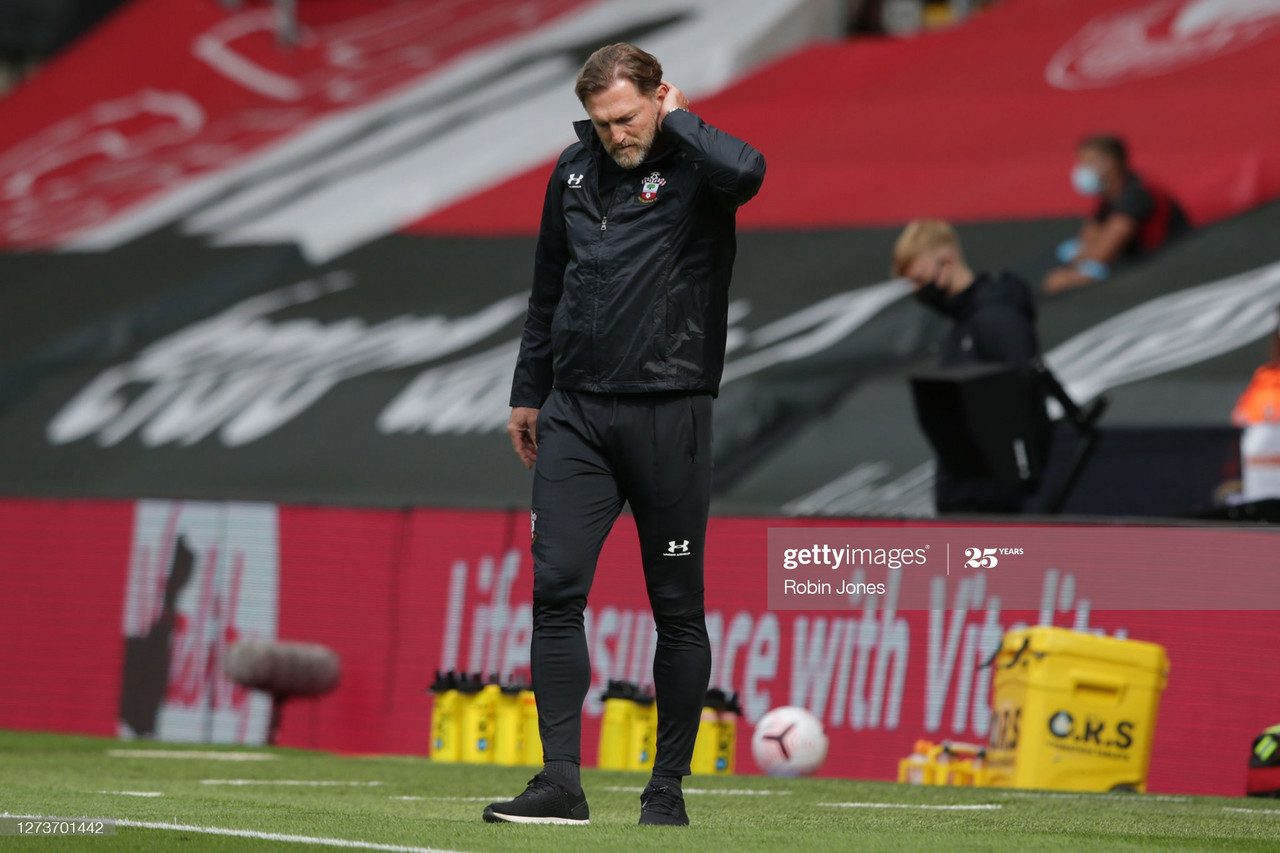 Leicester vs Arsenal Live Score: Stream Updates and How to Watch Carabao Cup10 hours ago 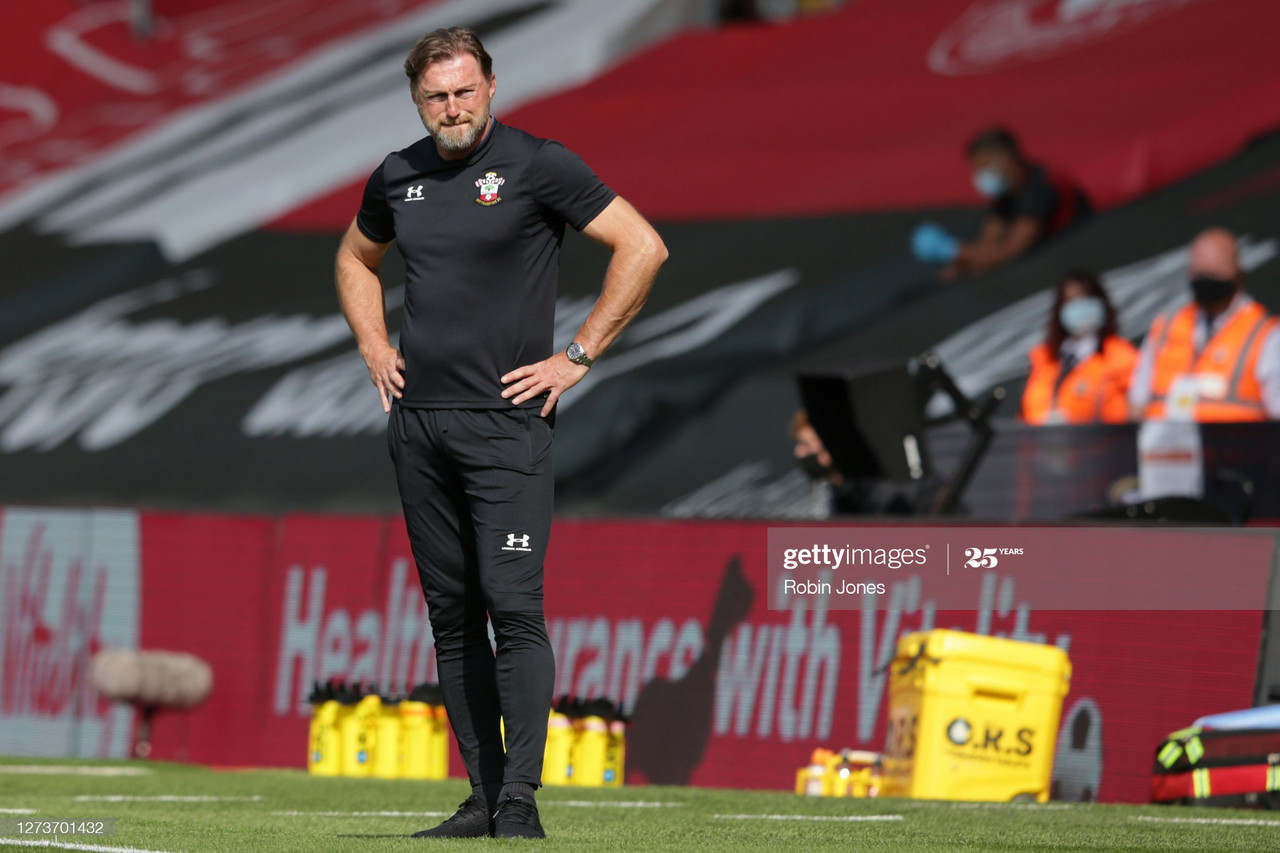 Analysis: How Timothy Castagne has had an instant impact at Leicester12 hours ago

Leicester City vs Arsenal preview: How to watch, kick off time, team news, predicted lineups and ones to watch12 hours ago 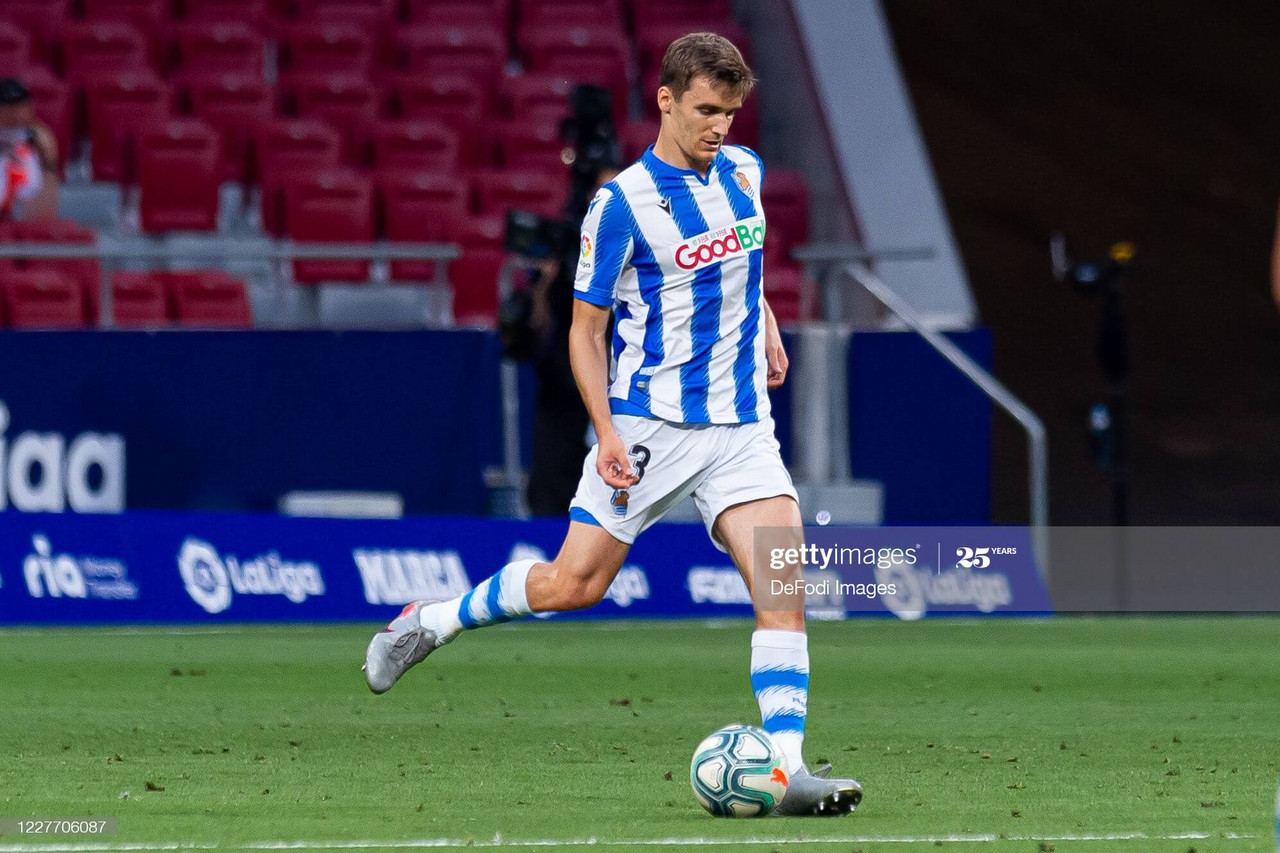 Leeds United close in on deal for Diego Llorente7 hours ago

Morecambe vs Newcastle United preview: How to watch, kick-off time, team news, predicted lineups and ones to watch14 hours ago

On this day 10 years ago: Liverpool lose to Northampton Town6 hours ago 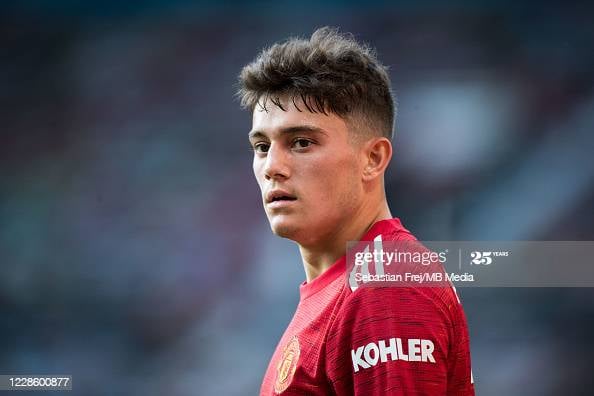