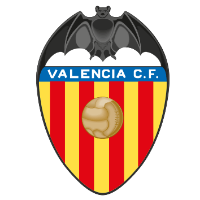 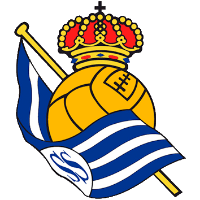 Well it's certainly been a dramatic start to the season for Valencia and Real Sociedad but it was a game full of entertainment.

We hope you've enjoyed our live coverage and will see you again soon, with yet more fantastic action from La Liga, Europe and beyond!

It's all over here at the Mestalla and the game ends all square in dramatic circumstances.

Kevin Gameiro's early second half strike looked certain to give the hosts, who finished with ten men following Francis Coquelin's red card, a winning start to the season but a penalty in the 11th minute of stoppage time from Mikel Oyarzabal ensures that Real Sociedad don't begin the season with a defeat.

Willian José's free kick is blocked by the hand of Coquelin and the visitors have a chance to equalise at the death. The midfielder is shown his second yellow card and sent off

20:07a year ago
90+8' Ezequiel Garay is booked for bringing down Isak right on the edge of the area

20:00a year ago
90' EIGHT minutes of additional time to be played. Can Sociedad grab a late equaliser?
19:59a year ago
89' Valencia make their final change as Ferran Torres comes on for Soler
19:55a year ago
85' The final roll of the dice for the away side as Kevin Rodrigues replaces Aihen Muñoz
19:54a year ago
84' Rodrigo comes off to a standing ovation from the home support. He's replaced by Denis Cheryshev
19:52a year ago
82' Jaume Costa's Los Che debut comes to an end with Cristian Piccini replacing him.

19:50a year ago
80' Valencia come so close to a second goal as Guedes plays a ball forward to Rodrigo who gets past the onrushing goalkeeper, but he scuffs his shot and the ball comes back off the post.

Could they come to regret that miss?

19:45a year ago
75' The second cooling break of the game is now taking place
19:41a year ago
71' Alexander Isak makes his Sociedad debut after joining from Borussia Dortmund, replacing Januzaj
19:38a year ago
69' Consecutive crosses from Guedes and Carlos Soler go right through the box with the Portuguese winger eventually getting a shot on goal which is pushed behind by Moya
19:31a year ago
63' There has been a lengthy delay here for a VAR check but there is no offside and the goal stands
19:28a year ago
GOAL! 58' VALENCIA 1-0 Real Sociedad

19:14a year ago
46' We're back underway at the Estadio Mestalla. Can either side find a way to goal in this second half?
18:59a year ago
HALF TIME: Valencia 0-0 Real Sociedad

It's goalless at the interval at the Mestalla.

La Real began the brighter of the two sides but Valencia have grown into the game and it's all to play for in the second half.

Stay tuned for the second half, LIVE

18:54a year ago
45+1' Odegaard shoots wide from the edge of the box
18:54a year ago
45' The fourth official's board shows three minutes of added time
18:53a year ago
45' Willian José misses an opportunity to get his shot away and Valencia break up the other end where Rodrigo's effort is saved by Moya
18:50a year ago
42' Joseba Zaldua also goes into the referee's book
18:47a year ago
38' Big chance for Valencia to take the lead as Goncalo Guedes gets a shot away which Miguel Moya does well to parry out of danger
18:45a year ago
36' Merino is the second La Real player to receive a booking from the referee
18:38a year ago
30' The game is paused for a cooling break due to the near 30 degree temperatures in Valencia
18:38a year ago
28' Martin Odegaard picks up a yellow card for a foul on Francis Coquelin
18:28a year ago
20' Real Sociedad have had the better of the opening twenty minutes in the Mestalla but it remains goalless
18:19a year ago
10' Cillessen is called into action again as he has to remain aware to block Mikel Merino's deflected shot
18:11a year ago
2' Adnan Januzaj forces the first save of the game, with his shot going straight at Jasper Cillessen
18:09a year ago
KICK-OFF

17:41a year ago
Last season's two meetings produced just one goal, with Valencia coming out on top in San Sebastian.

In the game at the Mestalla, it ended goalless.

Kick off is in just over 20 minutes so stay tuned

17:36a year ago
There is a Real Sociedad debut for Martin Odegaard who starts behind Willian José in an attacking midfield three with Mikel Oyarzabal and Adnan Januzaj.

17:34a year ago
Rodrigo Moreno starts up front for Valencia despite rumours of a possible move to Atlético Madrid. In midfield, Los Che go with a centre midfield pairing of Geoffrey Kondogbia and Francis Coquelin while Jasper Cillessen makes his debut in goals.
17:31a year ago
Real Sociedad Team News: Moya; Zaldua, Le Normand, Zubeldia, Muñoz; Illarramendi, Merino; Januzaj, Odegaard, Oyarzabal; Willian José
17:26a year ago
Valencia Team News: Cillessen; Wass, Garay, Gabriel, Costa; Soler, Kondogbia, Coquelin, Guedes; Gameiro, Rodrigo
13:58a year ago
Do not miss a detail of the match with the live updates and commentaries of VAVEL. Follow along with us all the details, commentaries, analysis and lineups for this Valencia vs Real Sociedad match.
13:58a year ago
If you want to watch the game on TV in the UK you cannot due to La Liga still not agreeing a deal with any of the television companies in the region.

If you want to watch it on internet, VAVEL UK is your best option!

13:57a year ago
Remiro; Zaldua, Zubeldia, Le Normand, Aihen; Illarramendi, Merino, Odegaard; Januzaj, Willian Jose, Oyarzabal.
13:57a year ago
Cillessen; Wass, Garay, Gabriel, Costa; Soler, Coquelin, Kondogbia, Guedes; Gameiro, Rodrigo.
13:57a year ago
Real Sociedad will be without Cristian Portu and Modibo Sagnan who are injured. They will also be without Diego Javier Llorente and Aritz Elustondo who are serving bans that have carried over from last season.
13:56a year ago
Javi Jimenez Garcia will definitely miss out for Los Che. Other potential absences include Lee Kang-in and Alvaro Medran. Outside those three, everyone is available for Marcelino.
13:56a year ago
Real Sociedad have drifted into mid table in the last few seasons which they will feel isn’t good enough. With the size of their club and their history they will feel European football is the minimum requirement and that the Champions League is not beyond them. They need to start proving that on the pitch though.
13:56a year ago
Valencia have finished fourth in the last two seasons which essentially means they won the mini-league outside the big three. Barcelona, Atletico and Real Madrid are operating on a different level financially so it will be difficult for anyone to close that gap. Qualifying for the Champions League consistently gives them a chance though and that will be the aim for Valencia again this season.
13:55a year ago
Neither side will be thankful to the draw that put together this opening set of fixtures. Both will have European aspirations this season and would have preferred to take on a weaker side at home.
13:54a year ago

The Valencia vs Real Sociedad match will be played at Mestalla Stadium in Valencia, Spain. The kick-off is scheduled at 18:00 BST.
10:57a year ago
Welcome!

Welcome to VAVEL's live coverage of the La Liga match between Valencia and Real Sociedad. My name is Campbell Finlayson and I'll be taking you through the game with pre-match analysis, team news and live updates

Valencia keen on bringing in Keita Balde 4 months ago

3 key moments as Getafe’s Europa League dream comes to an end&nbsp; 4 months ago