It's over! Necaxa adds its third win in a row
9:52 PMa month ago

Juárez's shot that Malagón ends up deflecting.
9:46 PMa month ago

Juárez's cross, but the home defense clears the ball as best it can
9:42 PMa month ago

Goal, goal, goal for Necaxa! Luis García receives a through ball and shoots at the goal of González, who fails to stop the ball and scores the first goal.
9:39 PMa month ago

Zendejas' through ball, but the defense ends up keeping the ball out of danger.
9:37 PMa month ago

Castillo's pass that Aguilar ends up sending to the stands.
9:33 PMa month ago

Uff! Ángel Sepúlveda sent in a shot, but the Bravos' defense made a good save.
9:16 PMa month ago

Aguirre's header to Gonzalez's goal, but the ball goes wide.
9:09 PMa month ago

Fabián Castillo is encouraged to shoot from half distance, but the ball passes close to the goal.
9:07 PMa month ago

The action restarts, both teams leave the field unchanged for the second half.
8:49 PMa month ago

End of the first part! With little excitement from both teams, at the moment it's a scoreless draw.
8:40 PMa month ago

Maxi Olivera's shot, but Malagón, attentive at the back, keeps the ball.
8:39 PMa month ago

A hard fought match, but with little clarity up front.
8:27 PMa month ago

Necaxa wants its goal! Quiroga appears from behind and with a header looks for the goal, but the ball doesn't have the right direction.
8:21 PMa month ago

Goalkeeper! Aguirre's shot is well saved by Gonzalez, then Quiroga appears with the counterattack, but it goes over the goal.
8:14 PMa month ago

Good cross by Rosel, but Formiliano is better than him, who ends up clearing the ball and keeps the danger away from his goal.
8:10 PMa month ago

Necaxa close! Quiroga's header, but Gonzalez dives and prevents the first one from going in.
8:02 PMa month ago

The match kicks off at Estadio Victoria
7:58 PMa month ago

Alejandro Zendejas, the Mexican-American, has had his best start in Liga MX tournaments. The striker has scored 4 goals.
7:47 PMa month ago

This afternoon, Guillermo Vázquez and Ricardo Ferretti will face each other; although years ago Vázquez was Ferretti's assistant coach when the latter was at Pumas.
7:46 PMa month ago

Vázquez's players, as well as Ferretti's, are already at the stadium ready to play their sixth match of the tournament. Both will be looking for a victory this afternoon.
7:32 PMa month ago

Both teams are coming into this duel with three defeats, but Necaxa has two wins, while Ferretti's team has two draws. Juárez has 5 goals for, while the Rayos have 7, and the latter have 7 goals against and Juárez has 10 against.
7:27 PMa month ago

These teams have played four previous matches; of these, Juárez has won two against Necaxa's one, and Necaxa has drawn one.
7:21 PMa month ago

The fans are already arriving at the Aguascalientes stadium, ready to witness yet another Necaxa duel, while Bravos fans are also arriving from the border.
7:16 PMa month ago

The Victoria stadium looks spectacular to host Necaxa and Juárez's sixth duel of the season. Necaxa celebrated its 98th anniversary. 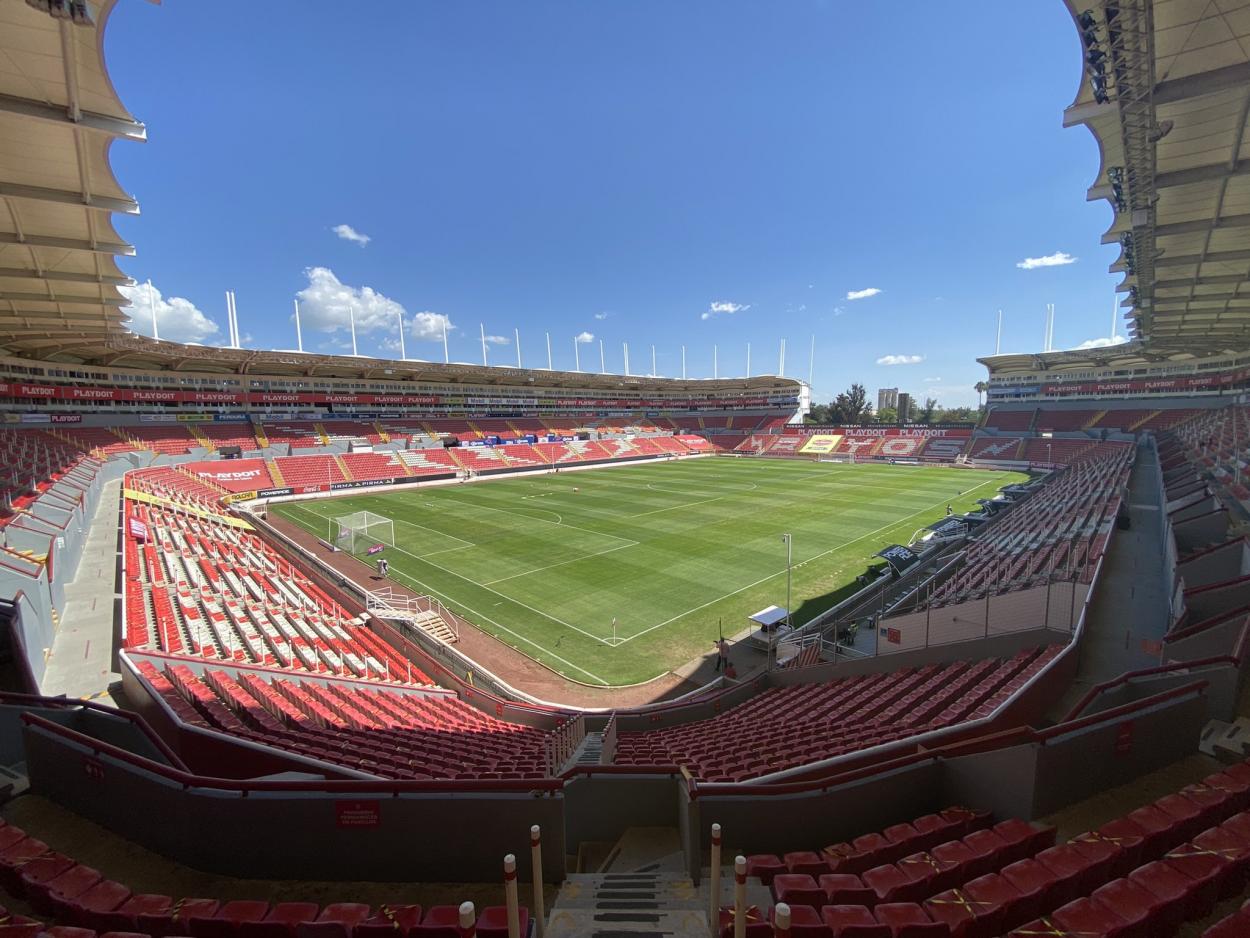 Stay tuned for the Necaxa vs Juarez live stream.

In a few moments, we'll share with you the starting lineups for Necaxa vs Juarez live, as well as the latest information from the Estadio Victoria. Don't miss any details of the match with VAVEL's minute-by-minute live online coverage.
7:06 PMa month ago

How to watch Necaxa vs Juarez Live Stream on TV and Online?

If you want to watch the game Necaxa vs Juarez live on TV, your options is: TUDN.

After the match against América, Ricardo Ferretti spoke to the media; "The team plays good soccer at times. We continue to think that we are improving, but undoubtedly we can't think about winning if we concede two goals every game."

"I am disappointed with this situation (the refereeing). The disallowed goal is a legitimate play, a goal that would give us a peace of mind or confidence to be able to continue playing a good game."

"It seems like a broken record to say that there is improvement. It is not reflected in points, we do not see a positive result".

Guillermo Vázquez spoke after defeating Pumas at the Victoria stadium: "There had been matches in which we had done well and the results were not with us, and the team continued working in the same way, not to make the mistakes we had been making, fortunately things worked out well today".

"Both Alejandro (Zendejas) and the others have made a great effort, we are all a team, we are equally important, even those who do not play, the important thing is that when they do, it is in the best way".

"I think everyone was happy that he scored that great goal, he is a center forward who is always looking for it, I am really happy for him, hopefully it will be the first of many to come." (About Rodrigo Aguirre)

The Bravos of Cd. Juárez have only two points, the result of two draws; a situation that worries Ricardo Ferretti's coaching staff. In this match, Juárez will be looking for a victory; in their last match they lost to América at home.
6:46 PMa month ago

They are going from strength to strength

Necaxa did not start the tournament in the right way, however, they have begun to score three points at a time, a situation that has taken some of the weight off Guillermo Vázquez's shoulders. The Hidrocalidos have six points from two wins and three defeats; their last match was a win against Pumas at home.
6:41 PMa month ago

The match will be played at Victoria Stadium

The Necaxa vs Juárez match will be played at Estadio Victoria in Aguascalientes with a capacity of 23,851 people. There will be a percentage of fans in the stadium, however it will not be a full house due to the pandemic. 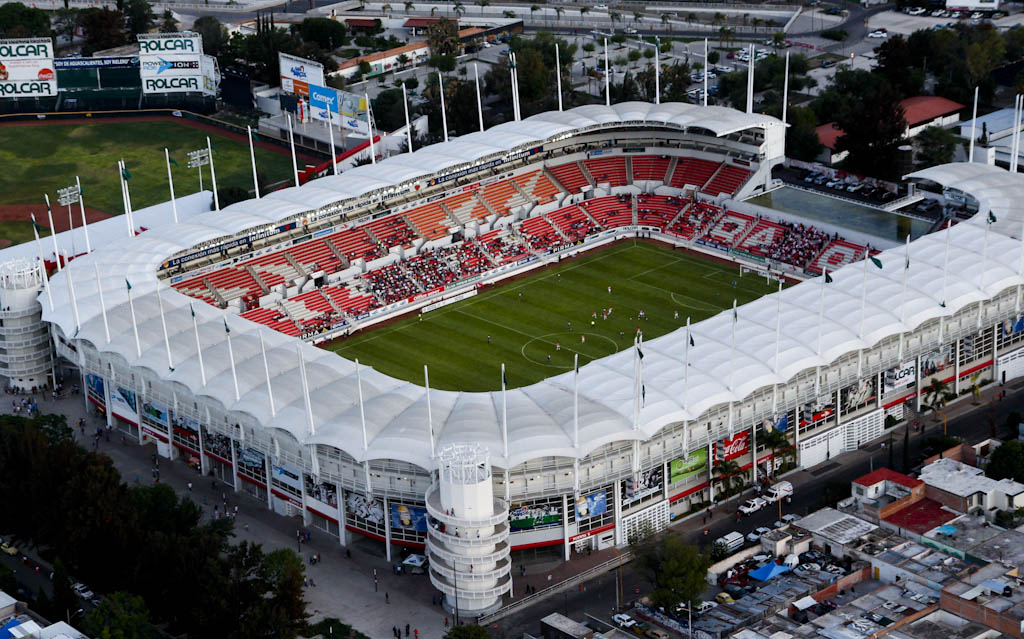