With the UNC Tar Heels Men's Basketball Coach, Roy Williams, in the stands of the United Center, the Bulls rookie, Coby White, put on an absolute show last night against the New York Knicks.

In the postgame interview, Bulls Coach, Jim Boylen, acknowledged Coby White after his historic night at the United Center.

“Coby was terrific. The beauty in Coby's game is he let it come to him, and also we found him. We kept finding him and feeding him. He was just terrific." 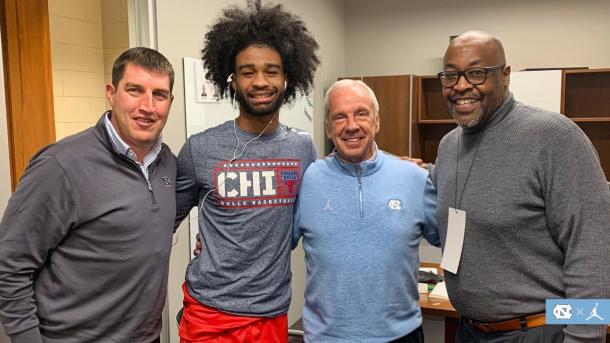 UNC's very own was the first player from North Carolina to be drafted in the first round by the Bulls since Michael Jordan in 1984. White is one of the key pieces for the Bulls future, and the fact that the roster is being led by Zach LaVine, a 24-year-old, shows how much potential this young team has.

What's Going On With Kyrie Irving?3 days ago

James Harden; On His Way To Brooklyn4 days ago

More Positive Cases In The Association5 days ago

Westbrook Out 1 Week 7 days ago

'TB', Out For The Season8 days ago
Restore your password
Please enter your user name or email.
Login Member or Writer Panel
Enjoy your own Customized Newspaperwith VAVEL topics' carousels!