The Chino Hills 2015/2016 season will always be remembered as one of the greatest years a team has ever had in the history of high school basketball. Led by the Ball Brothers, the Huskies went on to set a 35-0 record averaging almost 98 points per game, establishing as the best team in the nation over academies like Mater Dei and Montverde.

Led by the 5-star recruit and All-American Lonzo Ball, Chino Hills took the country by storm, and will always be remembered as the most stacked team in the history of high school ball.

Each individual from the team followed a different path, but now there's a realistic chance that all five starters from that squad get to the NBA. 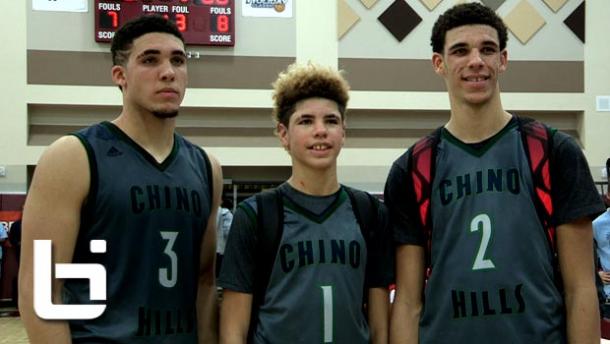 Where Are They Now?

Lonzo Ball: The starting Point Guard 'Zo' was drafted as the second overall pick by the Los Angeles Lakers and is now at the New Orleans Pelicans.

The oldest Ball Brother is currently averaging 12.4 points and 7 assists per game for the Pelicans in the NBA, and has been selected to play in the Rising Stars Game during All-Star Weekend twice.

LiAngelo Ball: The strongest of them all, 'Gelo' weighs an absurd total of 240 pounds and his shooting form is the cleanest out of the three brothers. His capacity of scoring is unlike any other, and whether is shooting the rock or posting up, he's a bucket.

The 21 year-old recently signed a contract with the Oklahoma City Blue from the G-League.

LaMelo Ball: Despite being in the spotlight from such a young age (9th. grade), 'Melo' is still doing his thing, and is projected to be the number one overall pick in the 2020 NBA Draft.

LaMelo, who is currently listed at 6'8, played for the Illawarra Hawks in the NBL last season. He won the Rookie Of The Year Award, averaging 17 points, 7.5 rebounds, 6.8 assists and 1.7 steals per game.

Elizjah Scott: The Power Forward from SoCal plays for the Loyola Marymount Men's Basketball Team, where he averaged 15 points and 6.7 rebounds per game this past season.

'Eli' had a career year for the Lions, recording 27 games in double digits and six double doubles with rebounds.

Onyeka Okongwu: 'The Big O' established himself as one of the most athletic and best Centers in the nation this season at the University of Southern California. 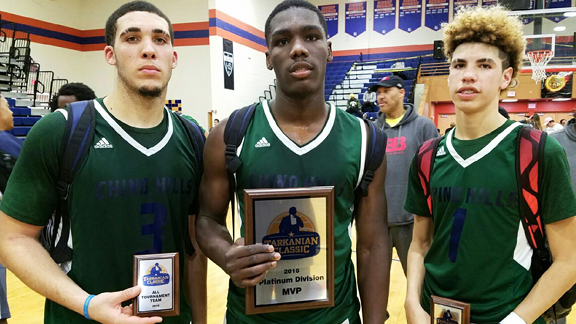 Andre Ball (Pepperdine) and Cameron Shelton (Northern Arizona) are two more players who were on that team and went on to have a solid basketball career at the NCAA Division I level.

The fact that's even crazier is that all of these players mentioned are homegrown, who literally represent Chino Hills everywhere they go. Guess is safe to say the Hills are not known as a small city near Los Angeles anymore, but recognized at the international stage as a basketball town.

Said by Darren Moore 'DMo' and confirmed by the people, the Chino Hills 2015/2016 squad it's the best high school team in the history.

Chino hills could potentially have 5 guys in the nba. Best high school team ever

The State of the Los Angeles Lakers 6 days ago

How Dangerous Are The New York Knicks? 10 days ago

LaMarcus Aldridge Retires a month ago

Holiday Signs Extension With Bucks a month ago

Isaiah Thomas Will Wear No.24 to Honor Kobe Bryant a month ago

Paschall Out 2 Weeks a month ago
//