SHE1
END17 hours ago

We hope you enjoyed the game, stay tuned to VAVEL for more NBA news and games.
1:06 AMa year ago

Bogdanovic is at it again! He sends in a shot that counts to three and cuts the lead quite a bit.
12:56 AMa year ago

What a dive! Terrance pops up and in magnificent fashion, scores a dunk.
12:44 AMa year ago

Bogdanovic shows up and scores a three-pointer, Utah is 4 behind Los Angeles.
12:38 AMa year ago

Reggie Jackson reappears and with a three-pointer again increases the Clippers' lead.
12:37 AMa year ago

What a play! Donovan Mitchell comes up and gives the Jazz two points, and adds two more.
12:27 AMa year ago

We reached 100! Batum appeared and from the outside, sends his shot and makes a three-pointer.
12:22 AMa year ago

Ingles appears! The Utah native gets up and makes a basket, adding two more.
12:15 AMa year ago

The fourth quarter starts, what a closing of the game to come
12:11 AMa year ago

At the end of the third quarter, what a turnaround for Los Angeles, after being down.

What a game Morris is having! The Clippers' player adds two by two and is already ten ahead of the Jazz.
12:07 AMa year ago

This is how Terrance was encouraged to make it 3 for 3!

George Niam comes alive and cuts the Utah lead to 6 points for the Clippers.
12:05 AMa year ago

Strong foul on Clarkson between Beverly and Batum
11:46 PMa year ago

The home team goes up! Morris scores two points and the Clippers are already up by 3.
11:43 PMa year ago

Flagrant foul! Royce O'neale goes to the line and gets two shots and possession for the Clippers.
11:40 PMa year ago

Paul George gets hot after O'neale fouls out
11:38 PMa year ago

Second quarter ends; Utah is still up on the scoreboard.
11:21 PMa year ago

Bogdanovic is at it again and adds another three-pointer for the Jazz.
10:53 PMa year ago

It's over! With a great performance in the first quarter, the Clippers and Jazz keep the score close.

Before the end of the first quarter, the game is tied again.
10:42 PMa year ago

Uff! The score was tied, but Bogdanovic takes advantage and goes for the hat-trick to put the Jazz back in front.
10:39 PMa year ago

Good team play that ends in Mitchell's lob for a hat trick.
10:36 PMa year ago

Three-pointer! Bagdanovic throws the ball and gets a triple.
10:34 PMa year ago

Both teams are already on the field warming up before kickoff. 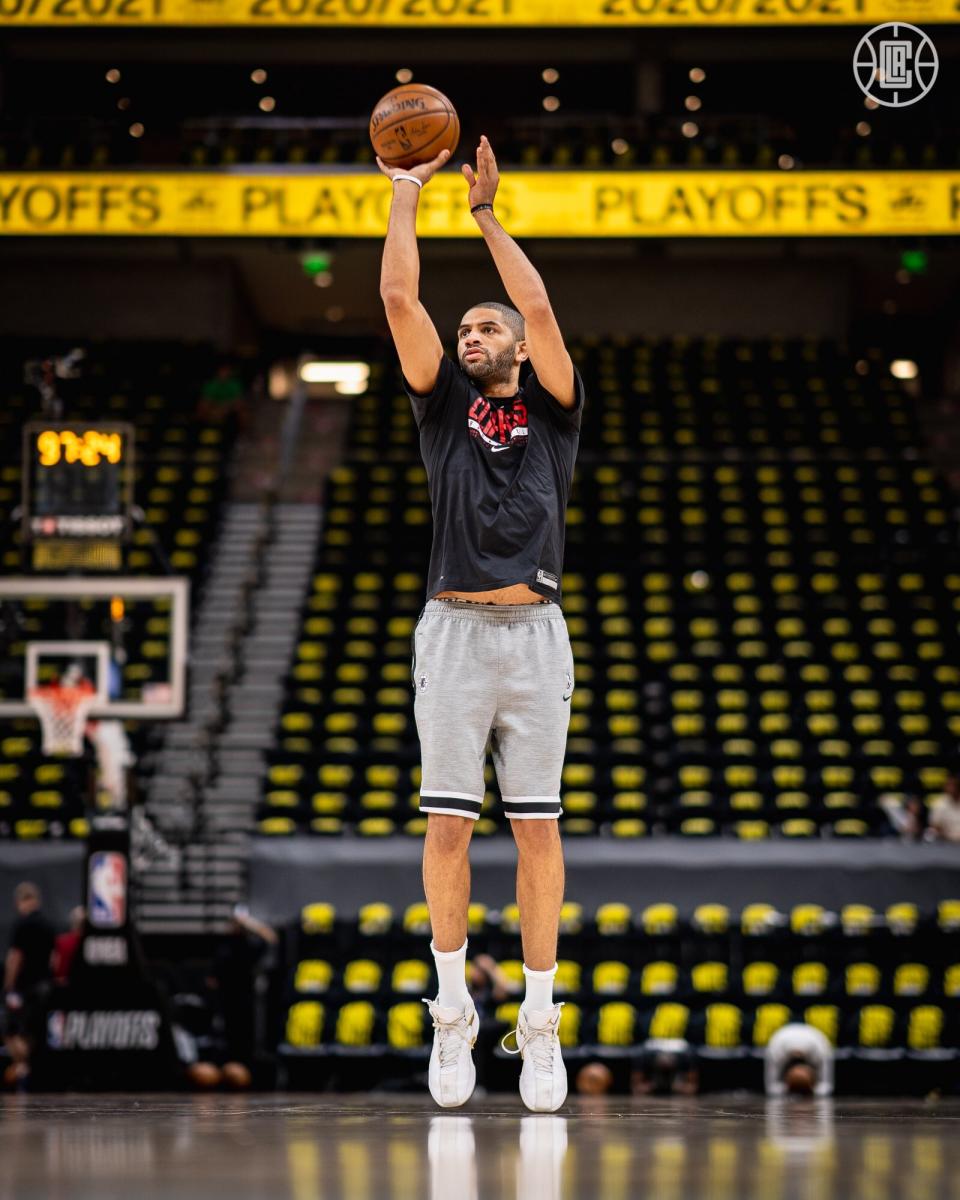 So do the Jazz!

The Utah Jazz are also present in the building, ready to play the fifth. 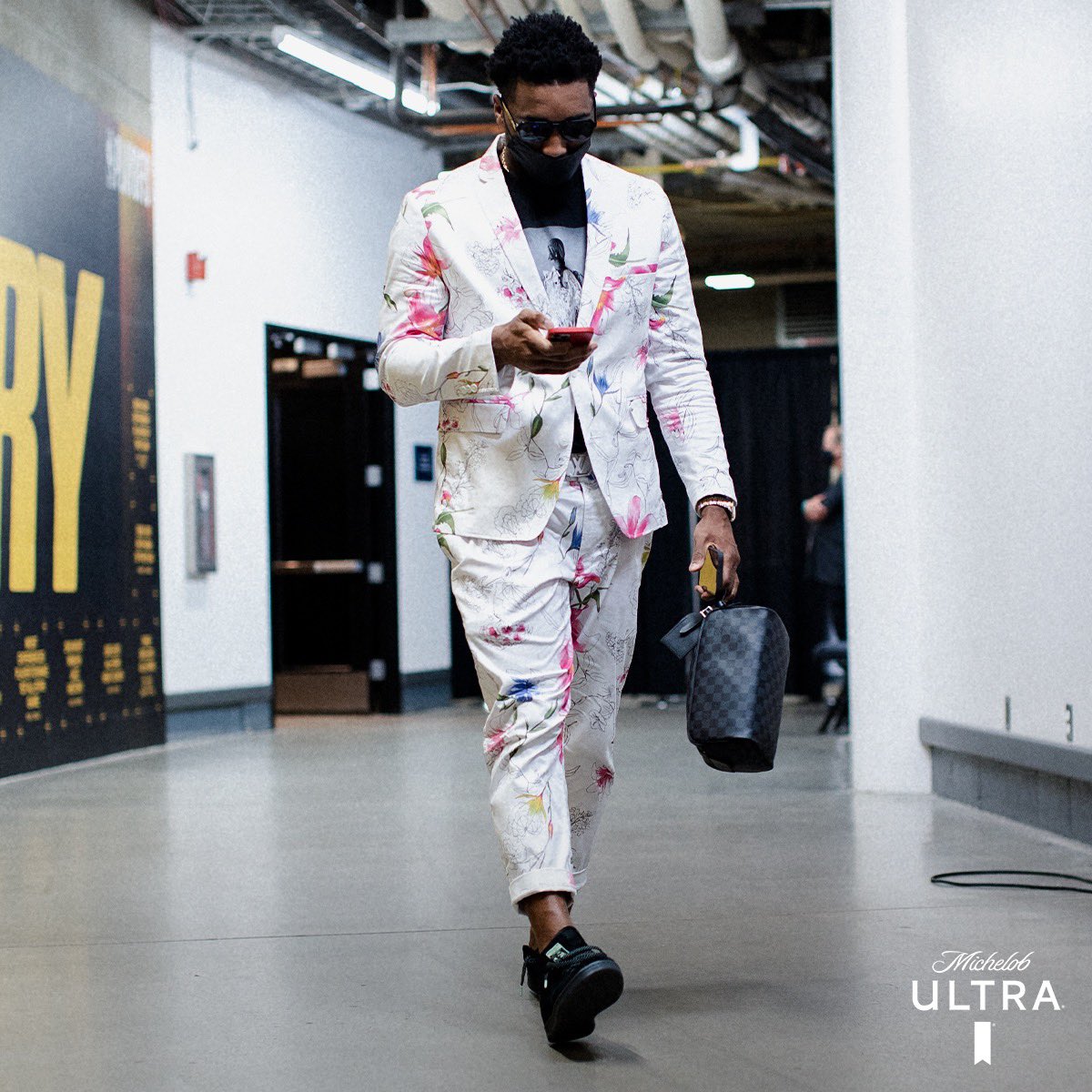 The Clippers are already at Vivint Arena, ready for the fifth of the series. 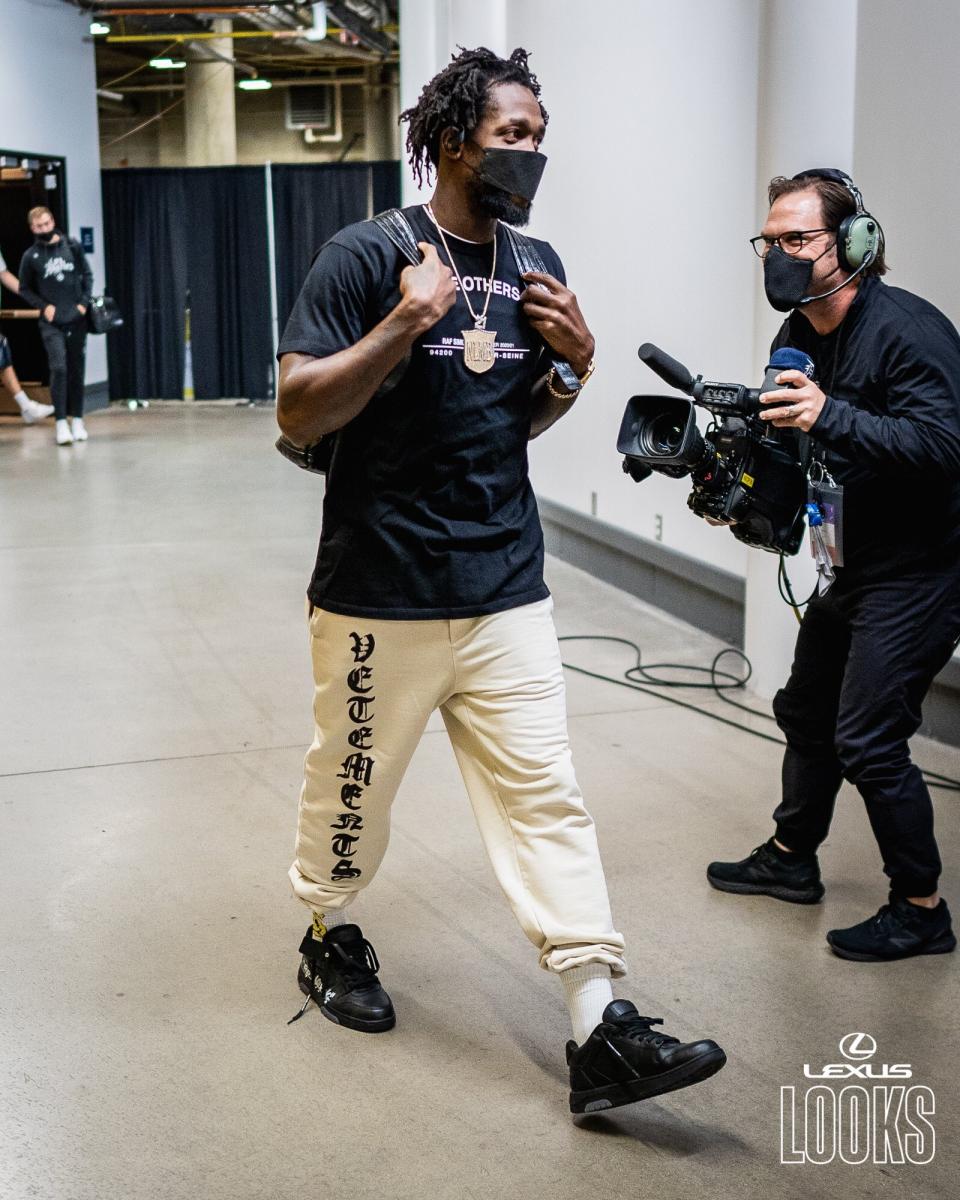 Do not miss a detail of the match with the live updates and commentaries of VAVEL. Follow along with us all the details, commentaries, analysis and lineups for this Clippers vs Jazz match.
9:12 PMa year ago

How to watch Clippers vs Jazz Live TV and Stream |

Watch out for this Jazz player |

Donovan Mitchell: After accumulating 37 points and 5 rebounds, Mitchell becomes the player to watch. With his good ball handling and shooting, the player will look to give his team the advantage in the first fifth. 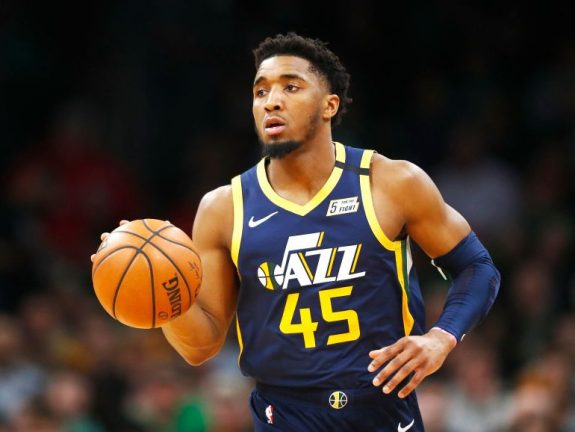 Watch out for this Clippers player |

Kawhi Leonard: After his good performance in the game where he gave his team the tie, Leonard becomes the player to watch. In the last game he contributed 31 points, 7 rebounds and three assists. 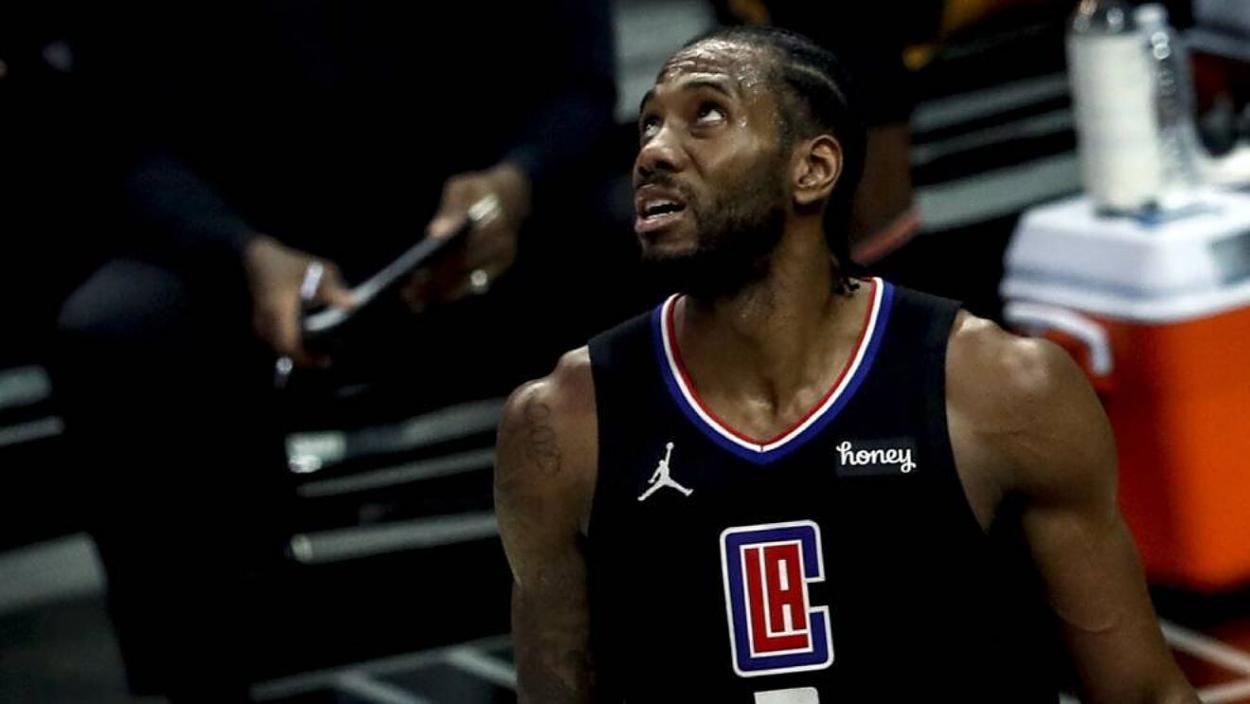 This is how the Utah team arrives | 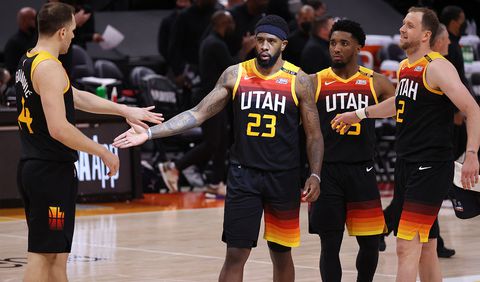 Here's how the Clippers arrive |

After falling at the beginning of the third game, the Los Angeles Clippers pulled off an upset and tied the series in the last two games; the first 132-106 and the second 118-104; making the series longer. 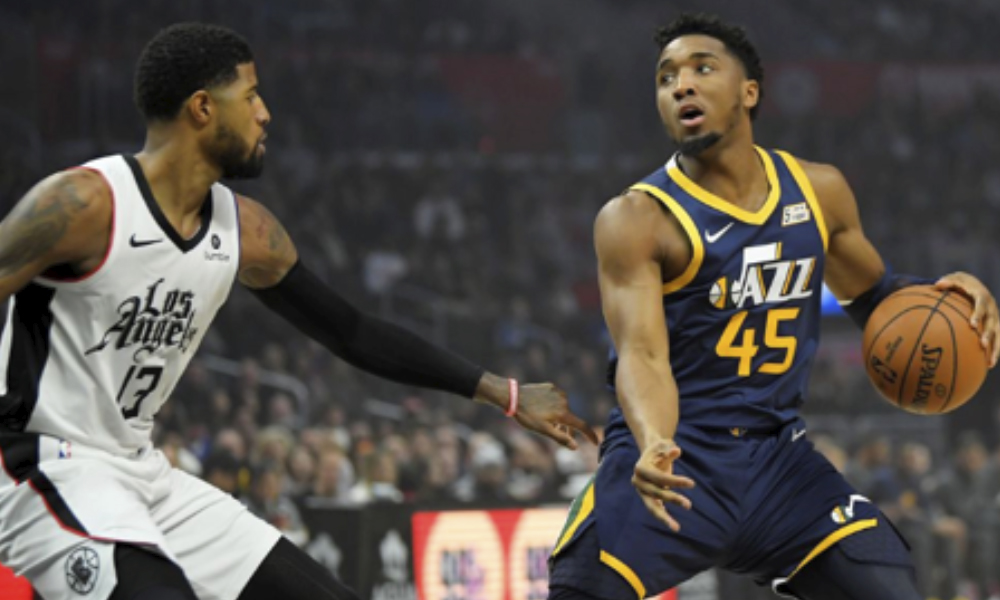 The Clippers vs Jazz match will be played at the Vivint Arena, in St. Lake City, UT. The kick-off is scheduled at 10:00pm ET.
8:32 PMa year ago

Welcome to VAVEL.com’s LIVE coverage of the 2021 Playoffs NBA match: Clippers vs Jazz!