The game ends and Golden State turns the score around and beats the 76ers by 20 units.
12:34 AM4 days ago

Seth Curry converts from the dotted line to close the gap to 10 points.
12:33 AM4 days ago

Curry's three-pointer brings his tally to 25 tonight
12:29 AM4 days ago

Toscano converts double-double again to reach eleven points and before Curry's break assists Pool to help the Warriors reach 100 points once again this season.
12:15 AM4 days ago

Golden State is up by six points, the largest lead it has achieved so far in the game with a great performance by Toscano, who has participated with 7 points.
12:05 AM4 days ago

76ers pay for Warriors' three-point play with a three-pointer to turn the score around again
12:01 AM4 days ago

The game tightens up and the Californians already lead by one point
11:47 PM4 days ago

Warriors tie the game on a combination of Pool and Curry.
11:45 PM4 days ago

Golden State is looking to wake up and has cut the score down. Stephen Curry begins to score more frequently
11:17 PM4 days ago

Pool makes magic and with Curry's service he scores the three-pointer against the clock. Philadelphia is pulling off the surprise and wins it at the Chase Center court.
11:11 PM4 days ago

Jordan Poole misses from the line but Steph Curry scores a double.
10:58 PM4 days ago

Seth Curry makes a great play and with a foul and a count he scores double
10:48 PM4 days ago

Golden State is the first to score in the second quarter and begins to close the gap in the scoreboard.
10:42 PM4 days ago

Danny Green scores at the buzzer and will be reviewed to see if the three-pointer counts. 76ers dominate Warriors by 11 points
10:38 PM4 days ago

Service for Draymond Green who scores his first two points.
10:20 PM4 days ago

Stephen Curry's first three-pointer, but Philadelphia ties it up at 9
10:17 PM4 days ago

The game starts and the 76ers are the first to score with a single.
9:52 PM4 days ago 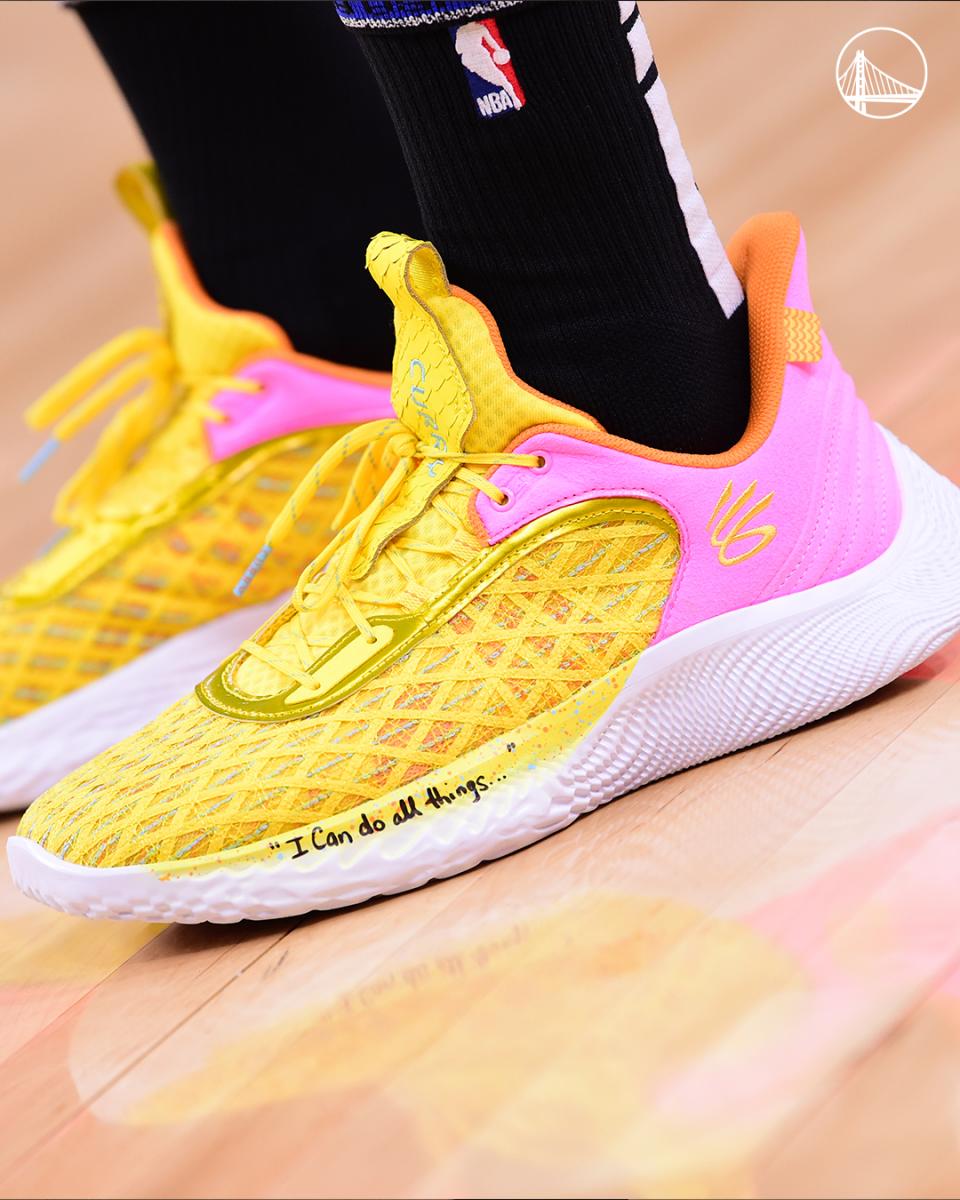 Golden State leads the Western Conference with a .882 average while the 76ers rank seventh with a .556 percentage.
9:26 PM4 days ago

The visitors do the same and are also already on Californian soil. The 76ers have won only 2 of their last 5 games in the league. 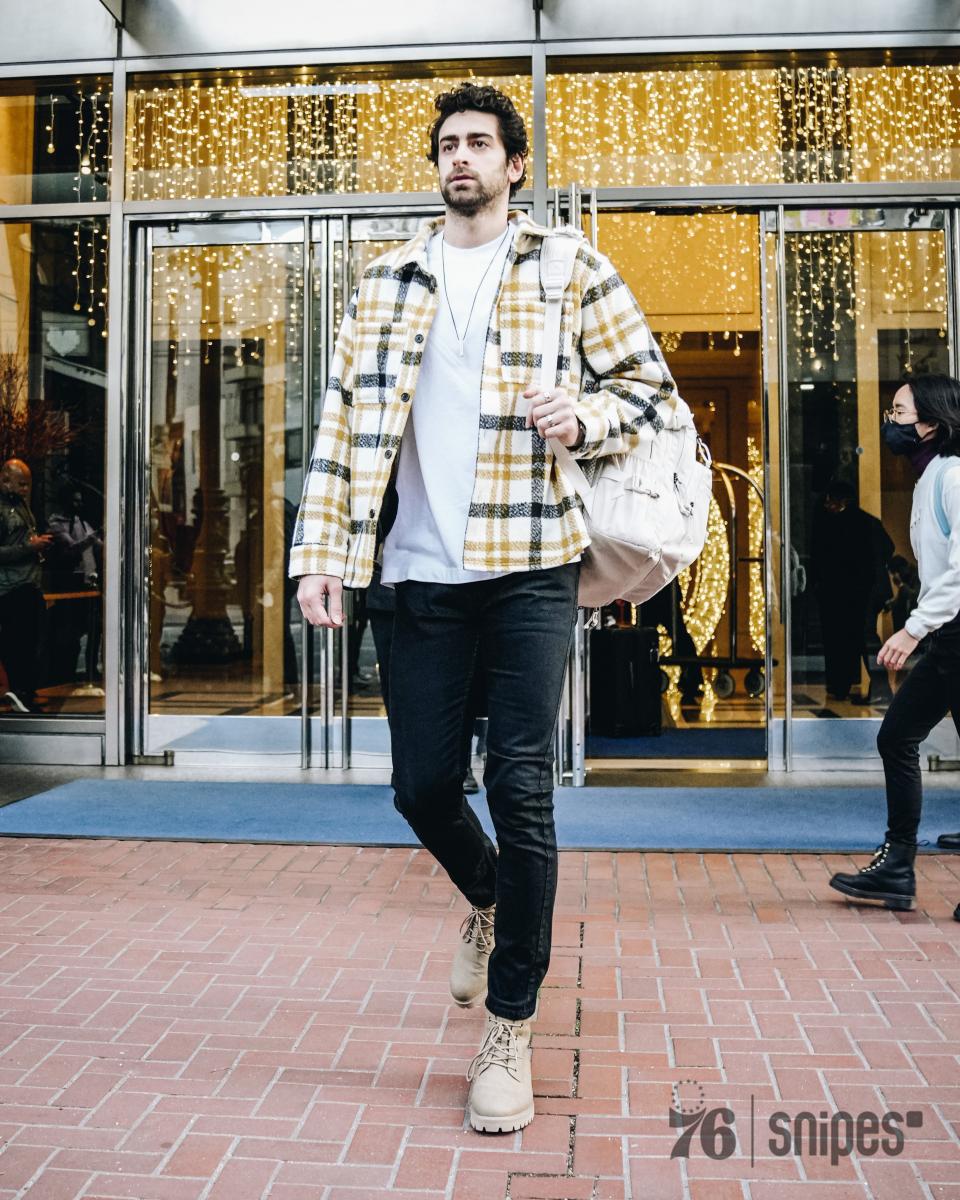 The Warrios are now at the Chase Center 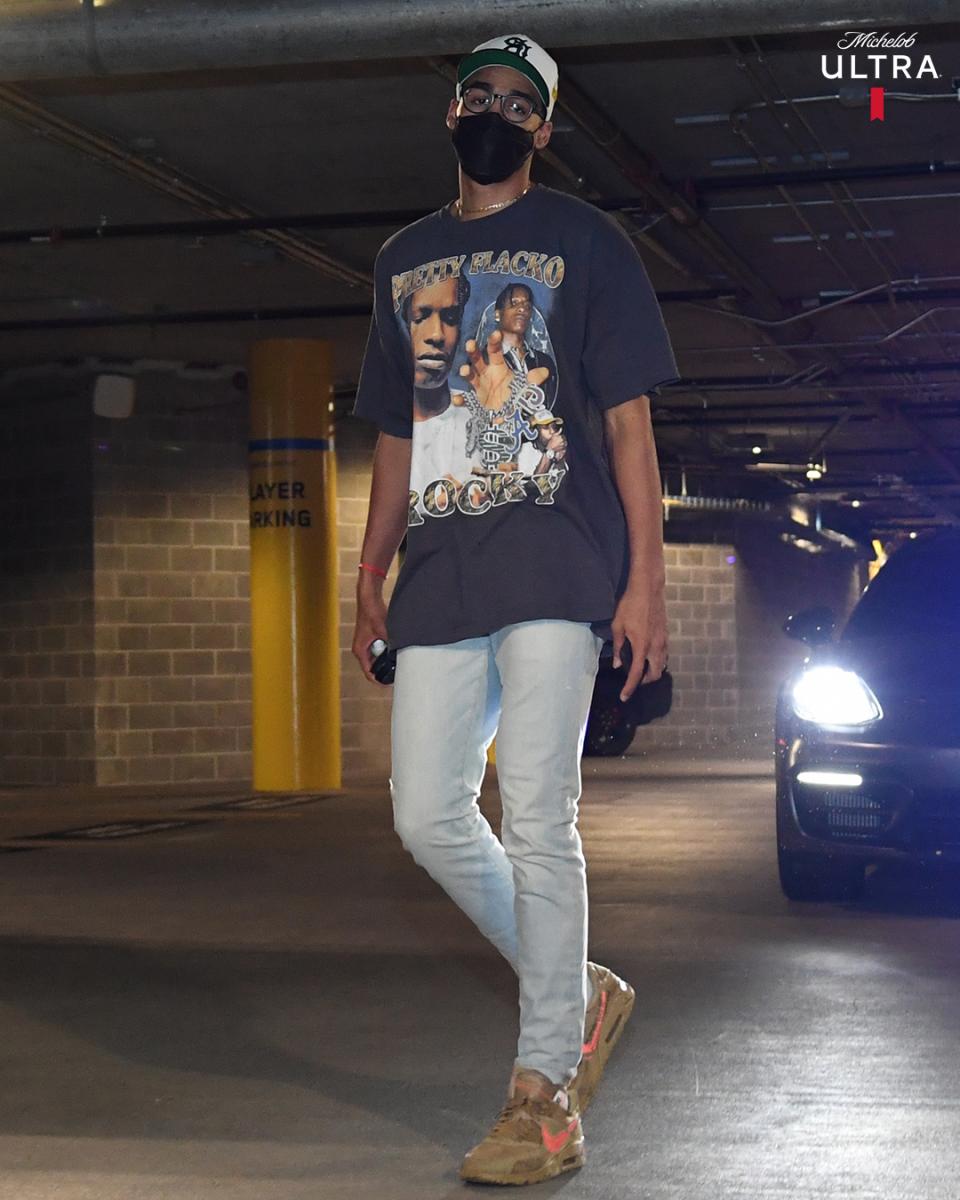 Of the most recent meetings between the two teams, the Golden State Warriors have the edge with three wins over the Sixers' two.
9:09 PM4 days ago

The back and forth around Ben Simmons does not stop inside Philadelphia and there has been much talk about the Warriors' interest in the point guard, and although no one doubts the player's ability, the problems rather than the benefits that the Californians could bring to the team are being studied.
9:04 PM4 days ago

The Californian squad receives the 76ers at the Chase Center, the Warriors look like the dominant team for their good performance so far in the tournament and the results obtained in recent years support them reaching five consecutive finals from 2015 to 2019.
8:59 PM4 days ago

Do not miss a detail of the match 76ers vs Warriors live updates and commentaries of VAVEL.
8:54 PM4 days ago

How to watch 76ers vs Warriors Live Stream on TV and Online?

If you want to watch the game 76ers vs Warriors live on TV, your options is: ESPN.

If you want to directly stream it: Streaming services and NBA Pass app.

What time is 76ers vs Warriors match for NBA?

This is the start time of the game 76ers vs Warriors of 24th November in several countries:

The game will be played at the Chase Center. The Chase Center is a sports arena in the Mission Bay area of the city of San Francisco. It hosts basketball games as the new home venue for the National Basketball Association's (NBA) Golden State Warriors franchise. The Warriors, who have been based in the Bay Area since 1962, initially played in San Francisco, moving to their previous location, where they played at Oakland's Oracle Arena from 1971 until 2019, when the team returned to the other side of the Bay. 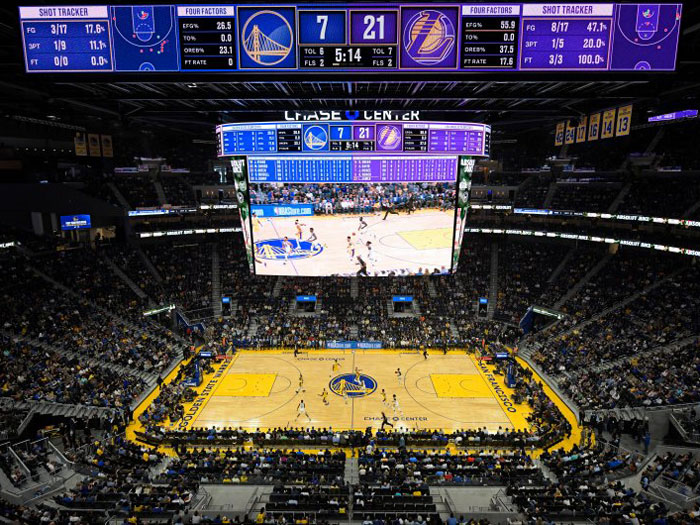 As for the Warriors, Stephen Curry leads the Warriors in points with an average of 28.4, he is also the player with the most steals with 1.7. Draymond Green is also key for Golden State with 7.9 in rebounds, 7.6 in assists and 0.9 in blocks. 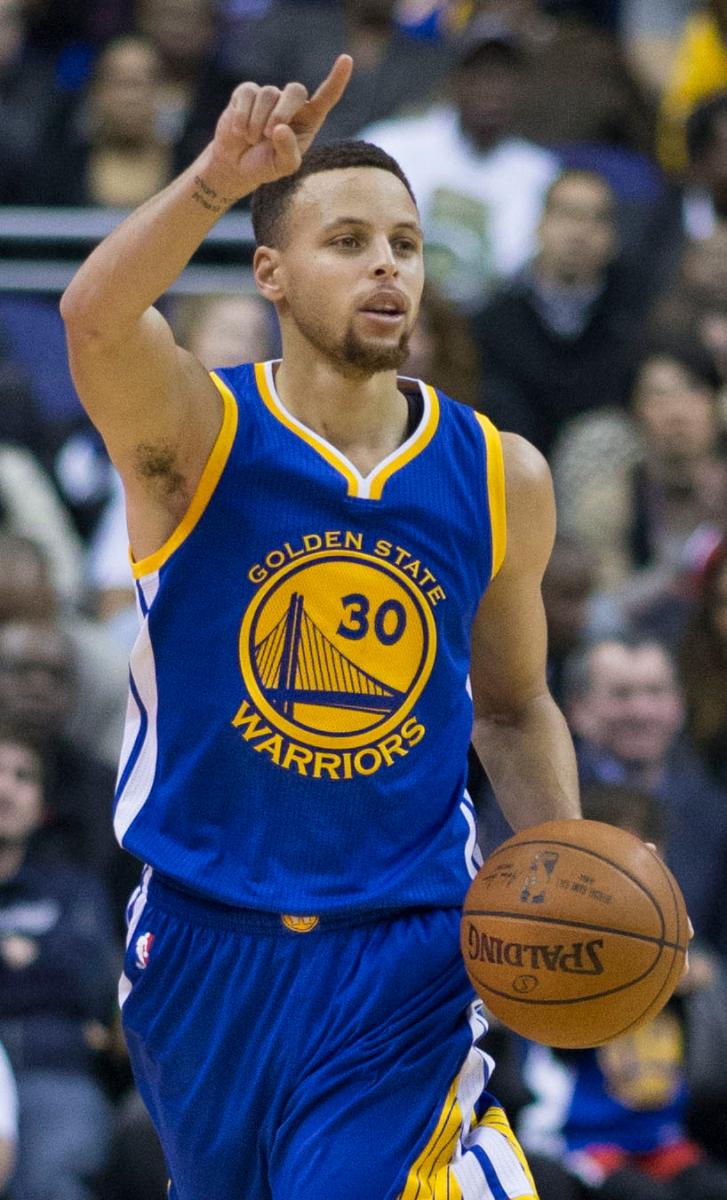 Philadelphia's leaders include Tyrese Maxey as the leader in points with 18.4 , he is also Philadelphia's top assist man with an average of 4.6;in rebounding, steals and blocks Andre Drummond is the big man with 10.4 , 1.1 and 1.1 respectively. 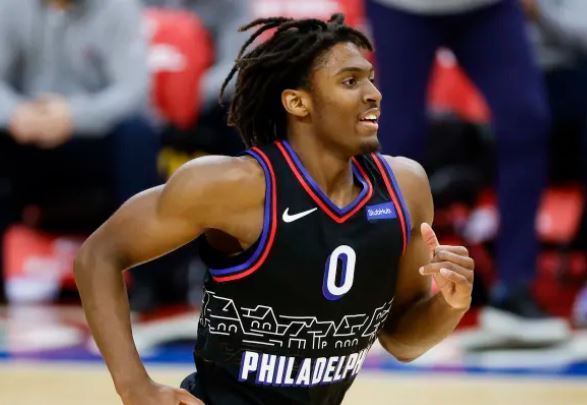 The Philadelphia 76ers have not finished the case of Ben Simmons, who is still away from the Sixers, arguing mental health problems, so he does not travel or train with the team. Although the press has leaked information about the intention of the board to trade the Australian, however everything indicates that the departure of the point guard will be delayed a little more.
8:24 PM4 days ago

The Golden State Warriors will host the Philadelphia 76ers at the Chase Center.

The Warriors are coming off a loss to the Toronto Raptors with a big night from the three-point line. With a 119-104 slate, they reached their 15th win of the season in just 17 games. They are on a four-game winning streak and their only losses have come against Charlotte and Memphis. The Warriors rank second best offensively and first defensively and are the only team to have surpassed 100 points in each of their games. Although Stephen Curry did not have the best of nights with 12 points and only one three-pointer out of six attempts, other players emerged as stars of the game including Draymond Green on defense and Andrew Wiggins on offense.

Welcome to VAVEL.com’s coverage of the 2021 NBA match: 76ers vs Warriors Live Updates!

How Is Capitanes CDMX Doing In The NBA G-League? 2 days ago
//