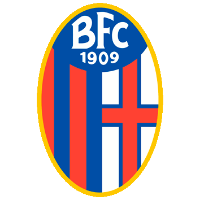 Thanks for following along for Juventus' win away to Bologna 2-0 here at VAVEL.

I'm Drew Pells. And I'll catch you guys on the next one.

It was a feisty 90 minutes between Bologna and Juventus, filled with lots of fouls and aggression, as well as a penalty, brilliant bit of magic, and a red card.

Cristiano Ronaldo opened the scoring in the first half with a penalty after a needless foul from Stefano Denswil on a corner kick.

A few minutes later, Federico Bernardeschi combined with Paulo Dybala for a fantastic second goal, a back heel from the Italian with the Argentine powering it home.

Left back Danilo subbed on for Mattia De Sciglio who needed to exit due to an apparent hamstring injury. Before the final whistle, Danilo collected two yellow cards and got sent off, leaving his team to see out the final few minutes of stoppage time down a man.

Bologna's young right back Takehiro Tomiyasu put in a valiant effort trying to contain Ronaldo. The Japanese international showed a bit of poise and skill at some moments, but then also some naivety and immaturity at others. But considering the opposition, he should walk away with a smile on his face.

Juventus extended their league lead over second place Lazio to four points, with 11 games remaining and 12 for Lazio.

Bologna remain five points off a Europa League spot with the loss, but have plenty of time to make up ground and qualify for Europe.

A comfortable second half sees Juventus take all three points and extend their lead atop the table, taking another step closer to the Serie A title
5:43 PM14 days ago
90+3' Poli shot from inside the 6 blocked by Bonucci following a free kick sent into the box and flicked on by Tomiyasu
5:37 PM14 days ago

Danilo 2nd Yellow And Sent Off

90+1' Juve's Danilo with a late challenge on Juwara and receives a second yellow after subbing on less than 30 minutes ago.

5 stoppage times minutes are added on to the end of the game
5:35 PM14 days ago

89' Szczesny sends a ball over the top to Douglas Costa on the left wing in behind the defenders. He centers the ball for Ronaldo in the box who shoots and scores, but it was immediately ruled offside
5:34 PM14 days ago
87' Juventus slowing down the game with their passes, not taking free kicks quickly, trying to see out the win
5:32 PM14 days ago

Ronaldo from the left side cut centrally and shoots from just outside the D, but it goes wide of the near post

69' Bentancour gets a yellow for a tactical foul on Palacio, pulling him down to stop the counter attack
5:13 PM14 days ago
67' Orsolini free kick into the box isn't cleared right away and after a bit of a scramble gets booted out
5:11 PM14 days ago
66' Danilo subs on for De Sciglio
5:10 PM14 days ago

65' De Sciglio gets a yellow for coming back on to the field to prevent the restart of play as he's injured
5:10 PM14 days ago
65' De Sciglio chases a pass sent his way towards the byline and he pulls up, grabbing his hamstring
5:09 PM14 days ago
62' Bernardeschi shot from the D blocked by Tomiyasu
5:06 PM14 days ago
61' Orsolini shot wide!

Orsolini cuts across the box from right to left and shoots from the top of the box centrally, but his momentum takes his left footed shot wide

Sansone's corner flicked on by Palacio at the near post and Barrow shoots wide from the right side of the box, challenged on his attempt

Cutting across the top of the box from left to right, he shoots back across his body with his right just wide of the left post

5:00 PM14 days ago
54' Soriano fouls Pjanic just outside the D, dangerous area for a free kick from any of Ronaldo, Pjanic, or Dybala Pjanic free kick hits the wall
4:59 PM14 days ago
53' Off the post! Bernardeschi curls a shot from the top, right side of the box and shoots for the far post and rattles it with the keeper getting a touch to deflect it just enough.

The rebound comes to Ronaldo, but his follow up shot is blocked

4:58 PM14 days ago
53' Ronaldo shoots wide with the outside of his right foot

Tomiyasu vacats the space and Ronaldo gets in to the left side of the box, but can't get any power on the shoot and it goes a couple yards wide right of the post

4:57 PM14 days ago
52' Ronaldo miscontrols a cross ball centered to him in the box and nothing comes of it
4:56 PM14 days ago
50' Svanberg drives centrally and shoots from outside the D, De Light sticks his foot and and blocks the shot, deflecting it away
4:54 PM14 days ago
49' Bernardeschi shoots with no power from the right wing and it rolls right into Skorupski's hands without threatening goal
4:54 PM14 days ago
49' The intensity picks right back up with some rough tackles and challenges in the first couple minutes
4:53 PM14 days ago

Lots of ebbs and flows to the game. Bologna started brightly, making a game of the early stages. However, a silly foul from Denswil gave away a penalty that turned the game as Ronaldo easily slotted it home. Juventus had been starting to take control bit by bit, with the goal cementing it.

The second goal was a bit of pure magic from Bernardeschi and Dybala combining to double the lead.

Ronaldo crosses from the left side of the box up and over to Dybala on the right side of the 6, tries to volley it, but hits it wide with his weaker right foot

36' Dybala rockets a shot into the top left corner.

4:23 PM14 days ago
35' Szczesny tries to play out of the back and gives it straight to Medel who shoots from the D, but has no power and nothing comes of it
4:22 PM14 days ago

30' One of Juve's assistant coaches receives a red card from the referee, likely for dissent, and exits the field
4:17 PM14 days ago
30' With the fouls adding up, plus some challenges not called, the game is getting a bit tense on the field following a foul on Medel by Rabiot
4:17 PM14 days ago
28' The pace of the game has slowed a bit with Juve passing without intent.

23' Ronaldo converts the penalty, shooting straight down the middle

Collects the ball near midfield and drives all the way to the box in the left half space, cuts centrally inside the box and shoots from the middle. Keeper saves and parries it away

Juventus Kick Us Off

And away we go
3:46 PM14 days ago
Bonucci leads the team out of the tunnel

3:43 PM14 days ago
Sinisa Mihajlovic looking sharp and happy to be back after almost four months off 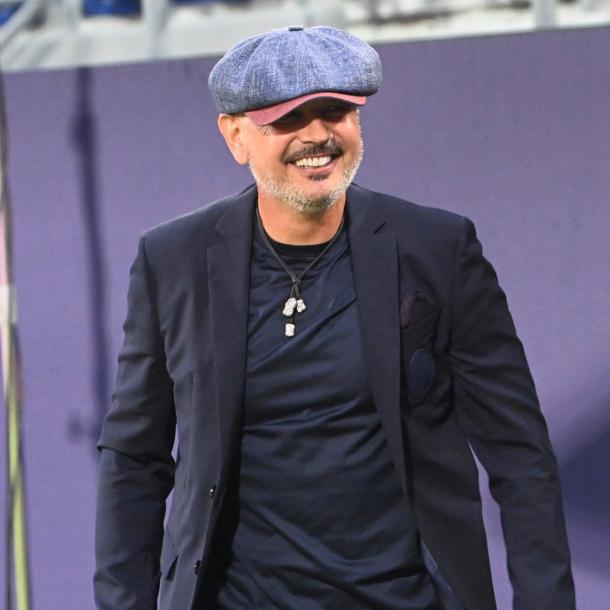 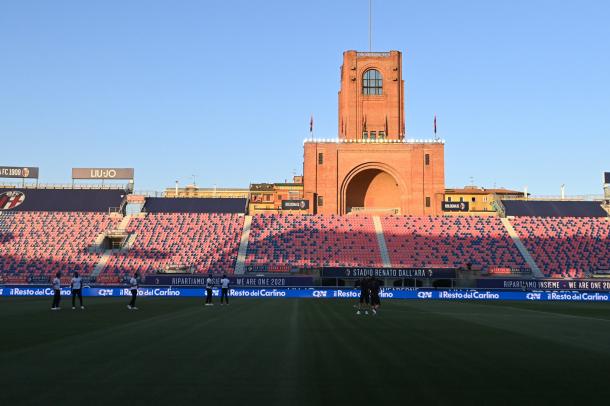 We are live with Bologna v Juventus set to kick off in about 45 minutes
3:03 PM14 days ago

Juventus have won their last eight matches against Bologna in all competitions.

Juventus have won 9 of their last 11 matches in Serie A.

Juventus have kept a clean sheet in 6 of their last 7 away matches against Bologna in all competitions.

Ronaldo. Of course. He has had a slow restart, not making an impact in either of Juve's Coppa Italia matches. But, he's also had a slow start to seasons in recent years both with the Old Lady and his previous club Real Madrid. Will two games be enough for him to get back on track?

Also, be on the lookout for Paulo Dybala as he tries to improve on his disappointing seven goals and nine assists in Serie A this year.

Bologna's Riccardo Orsolini is the man to watch for the home side. He has contributed to 11 of Bologna's 38 goals in the league this year (7 goals, 4 assists), more than anyone else for the I Rossoblù.
10:28 PM15 days ago

Juventus will also be without some key members of their squad. Defender Alex Sandro and midfielder Sami Khedira will miss due to injuries they picked up midweek.

Giorgio Chiellini and Merih Demiral are out with long term injuries.

Aaron Ramsey and Gonzalo Higuain are reportedly fit enough to at least make the bench, if not start.

Despite the long layoff, Bologna will be without some members of the squad for the match.

Winger Andreas Skov Olsen picked up an injury during training recently. Striker Federico Santander, midfielder Jerdy Schouten, and centre back Mattia Bani will all miss due to yellow card accumulation.

Juventus manager Maurizio Sarri is under immense pressure in his first season with the Old Lady. Juve only have a one point lead on Lazio at the top of the table and failed to win the Coppa for the second year in a row.

But on top of that, the squad has still not quite perfected "Sarriball," his style of play which depends on fast movement of the ball all stemming from the central midfielder.

And reports this week in Italy suggest he's had a falling out with central midfielder Miralem Pjanic, although Sarri has denied those rumors.

It's dark times at Juve and Sarri is without a shadow of a doubt under pressure.

Unlike their opponents, Juventus have already played two competitive games since the restart. Last weekend, they played a boring Coppa Italia second leg against vs AC Milan which ended 0-0, with Juve advancing 1-0 on aggregate to the final.

Then midweek, they played another boring 0-0 final against Napoli, losing on penalties, one in which Cristiano Ronaldo didn't even shoot as they had already lost before he could take the fifth spot kick.

They'll be desperate for a good performance, let alone a win.

Tough At Home, Bound For Europe?

Bologna have proven to be a tough nut to crack at home this season, losing only four times.

Manager Sinisa Mihajlovic has his side just four points below 7th place Verona in the fight for Thursday night soccer next year.

With European ambitions, Bologna will want at least a point against Juventus if they want qualify for the Europa League.

Bologna haven't played a competitive match in almost four months due to the Coronavirus stoppage. They last hit the field on February 29th, a 2-0 home loss to title challengers Lazio.

With such a long layoff, "recent" form means practically nothing.

This is a new "mini" season for them that begins against the league leaders.

Bologna will host the match at their home venue, Stadio Renato Dall'Ara

Normally, the stadium holds slightly more than 31,000 fans. However, due to the Coronavirus, no fans will attend the game.

The game kicks off at 3:45 pm EST and is available to watch on ESPN+. But if you can't watch the match, VAVEL is the best place for live play by play coverage

What's going on everybody. Welcome to VAVEL.com’s LIVE coverage of the 2020 Serie A match: Bologna v Juventus My name is Drew Pells and I’ll be your host for this game. I'll have pre-game news, updates, and analysis, plus roster updates and everything else leading up to the game as it happens live here on VAVEL.
9:47 PM15 days ago 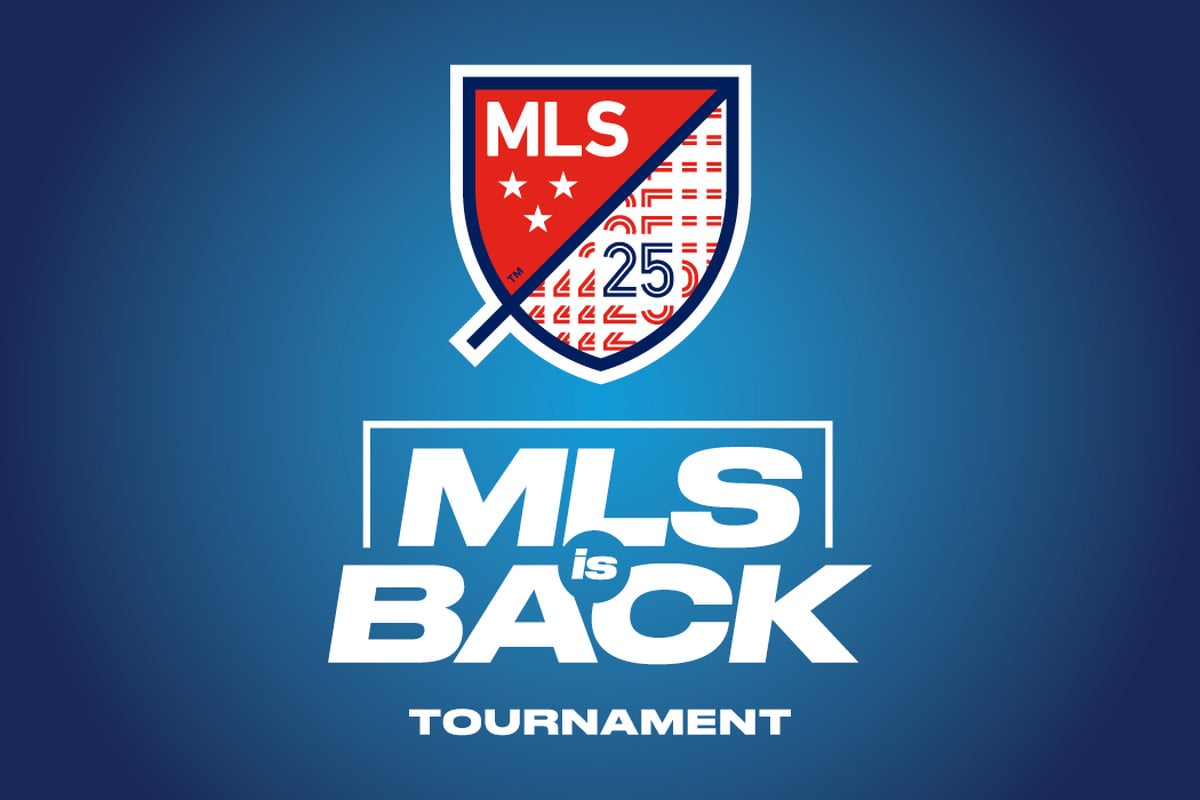 Nani, Pizarro, Robles Feel "Safe" Ahead Of MLS is Back Tournament11 minutes ago 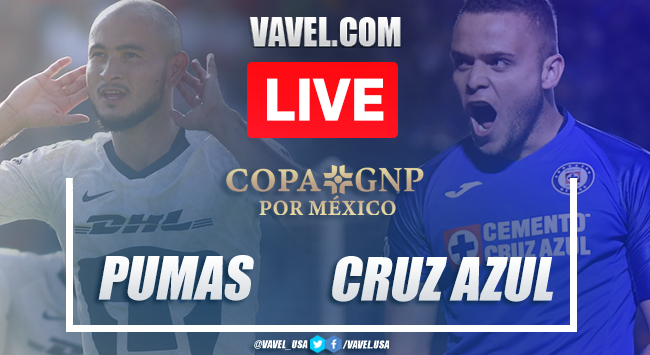 Goals and Highlights: Chivas 2-0 Atlas in 2020 Friendly2 days ago 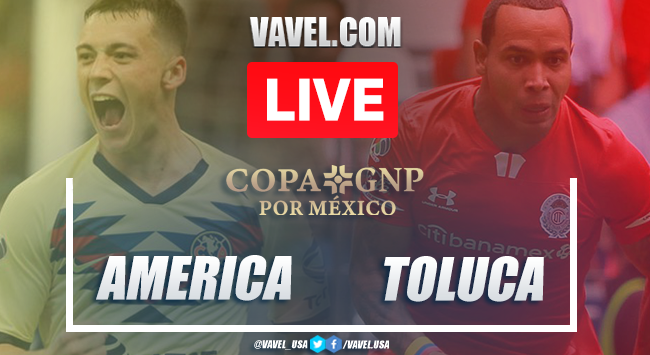 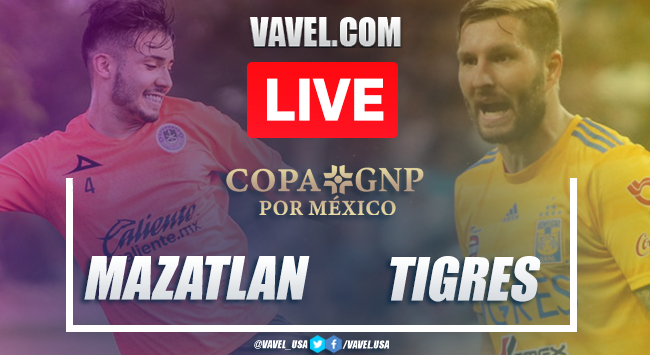 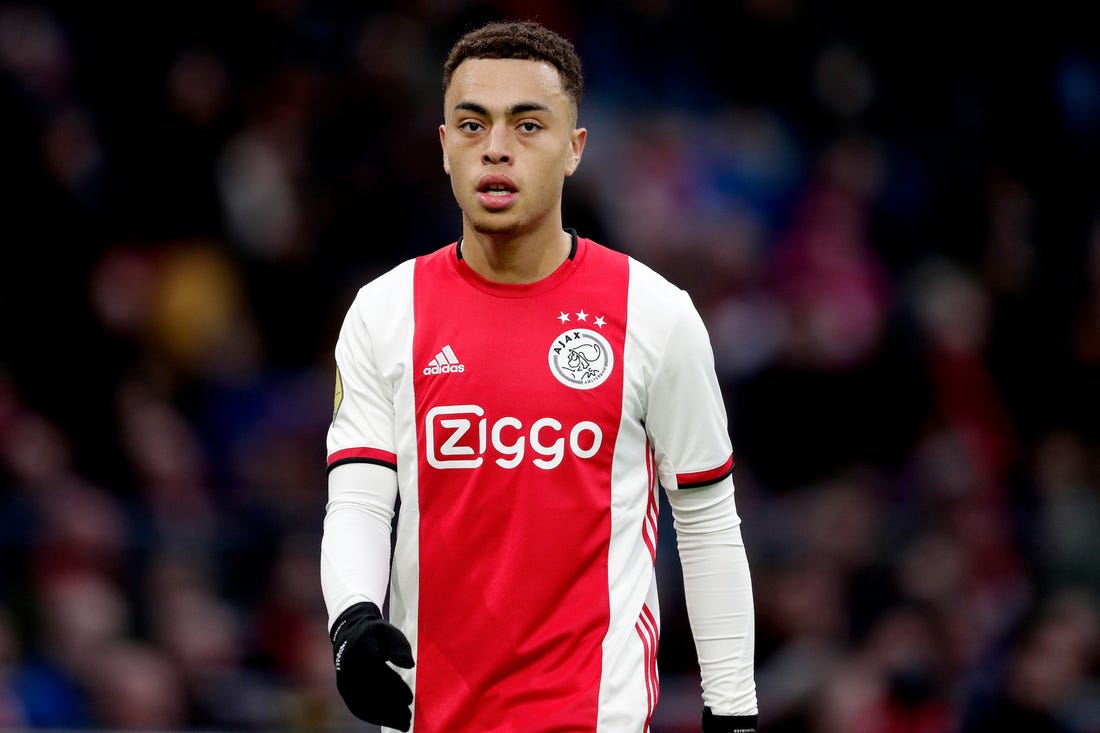 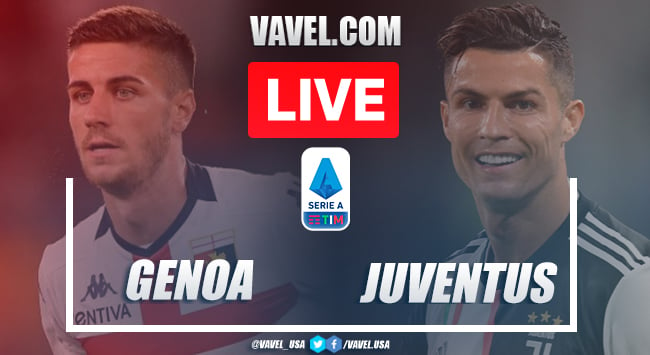 Genoa vs Juventus: Goals and Highlights from Juventus' 3-1 victory over Genoa. 6 days ago 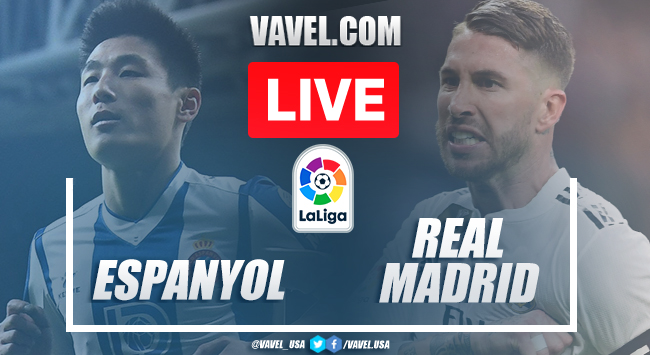 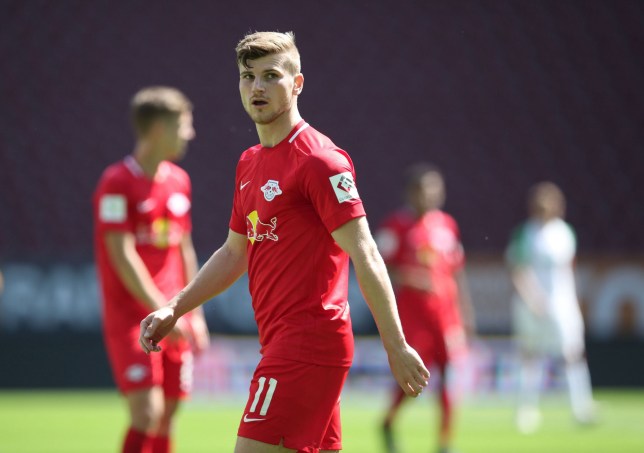