Here is a summary of the match
9:59 PM2 months ago

Change. Deybi Flores and Jorge Benguché are out, Rigoberto Rivas and Oscar Boniek are in for Los Catrachos.
9:47 PM2 months ago

Changes for the Tricolor. Alan Pulido and Orbelín Pineda are out, Henry Martín and Uriel Antuna are in.
9:30 PM2 months ago

Change. Goalkeeper Luis López could not recover and Alex Güity enters in his place.
9:21 PM2 months ago

Strong clash between Osvaldo Rodriguez and the Catracho goalkeeper in a dispute for the ball
9:16 PM2 months ago

Goalkeeper Lopez suffers an injury but no substitution is necessary and the match restarts.
9:12 PM2 months ago

Polished! Alan connects with a right-footed shot and tries to score with a tunnel included
9:06 PM2 months ago

Change. Jesús Corona comes off and Diego Lainez enters in his place.
8:49 PM2 months ago

End of the first half of the match
8:48 PM2 months ago

Pereira shoots straight at the Mexican goal. A wake-up call for Cota
8:47 PM2 months ago

Honduras completes the first collective move but a great run by Arteaga, who rebounded in the last line, prevents them from going through
8:36 PM2 months ago

Charly Rodriguez serves high for Pulido but the defensive intervention of the Honduran Rodriguez takes away the Mexican striker's chance.
8:30 PM2 months ago

Héctor Moreno suffers from contact to the face, referee allows to continue
8:21 PM2 months ago

Orbelín misses! Pineda misses the first for Mexico on a great opportunity
8:13 PM2 months ago

Cota! Benguche tried a left-footed shot but a great save by the Mexican goalkeeper deflected the ball.
8:08 PM2 months ago

Gerardo Arteaga sneaks through the last line and earns a corner kick.
8:07 PM2 months ago

Jorge Sanchez won a one-on-one situation on the right flank, but he miscued the cross and missed the danger.
8:01 PM2 months ago

First 45 minutes kick off between Mexico and Honduras
7:59 PM2 months ago

The Tricolor will wear its white jersey for this match. 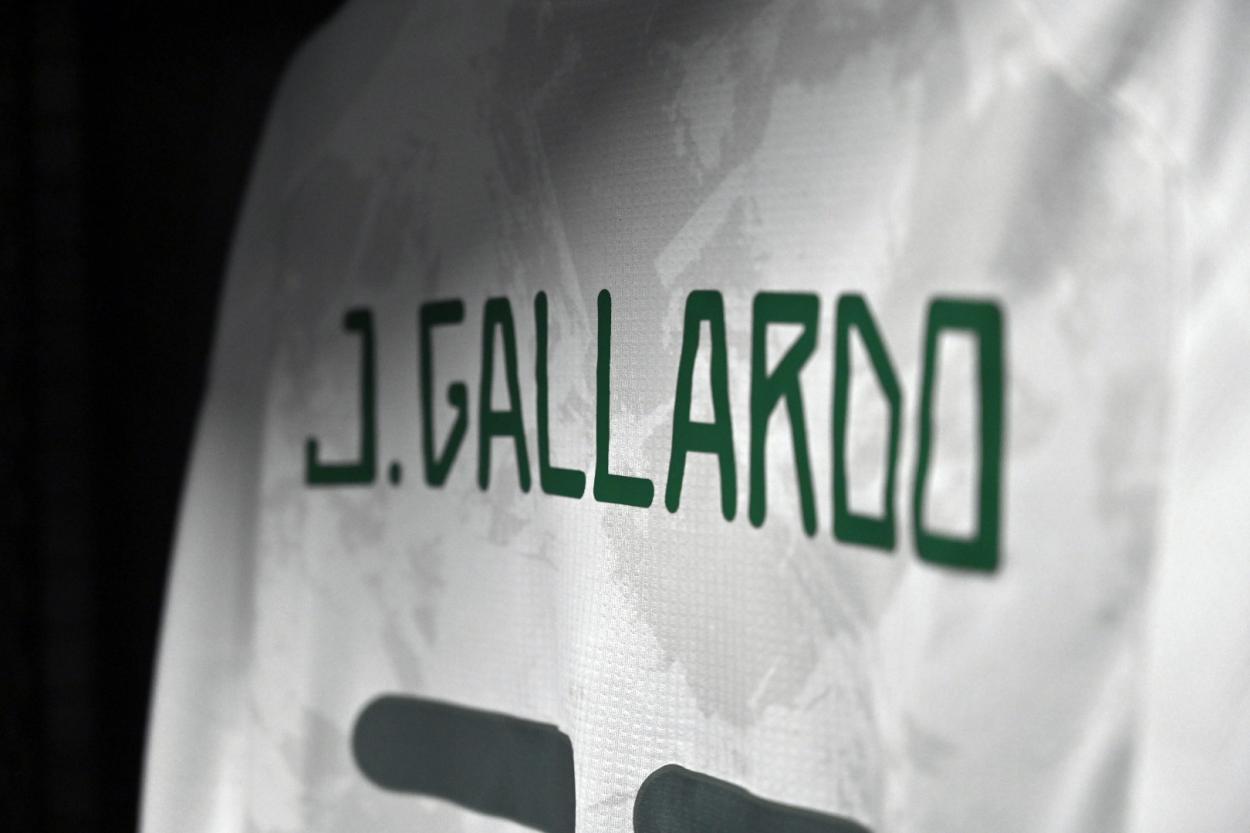 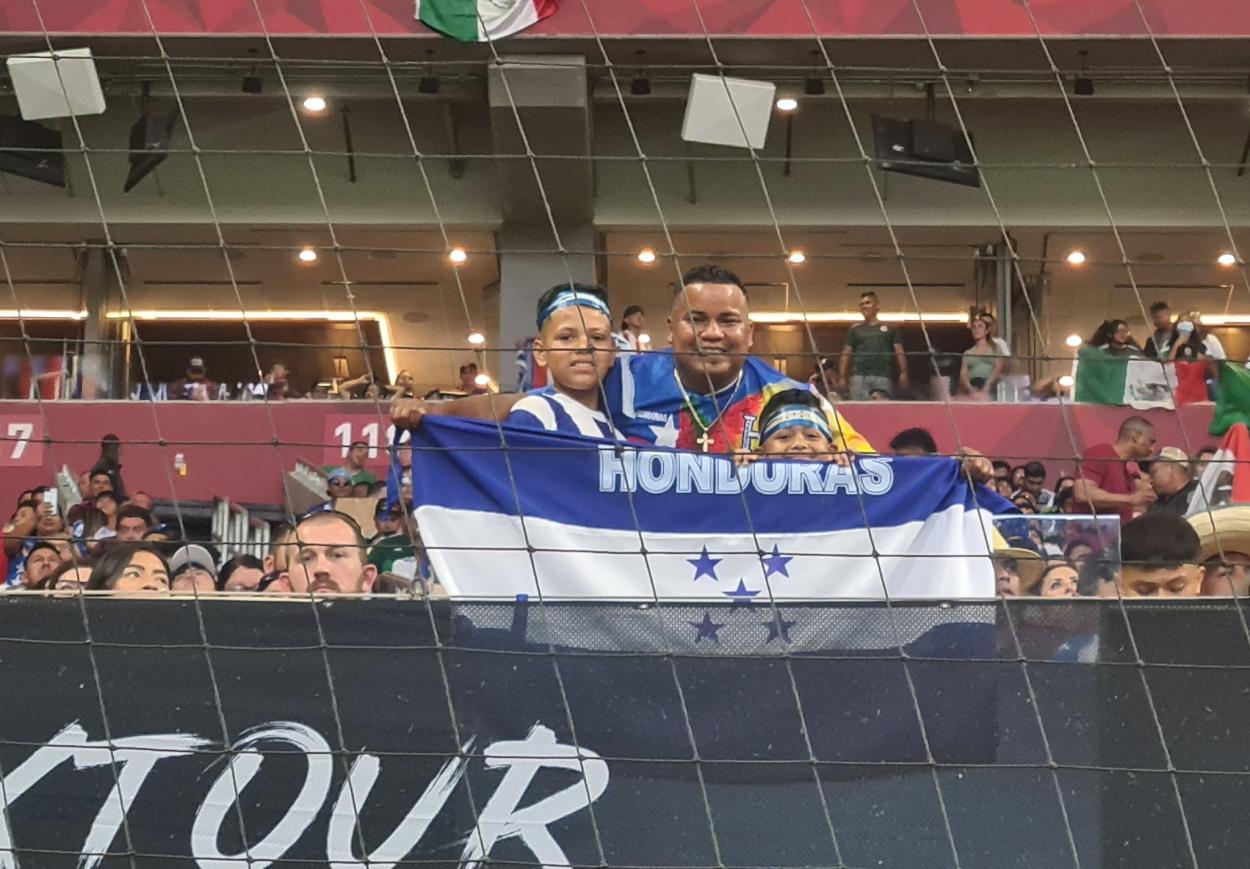 Honduras is warming up

The Blue and Whites are already on the Mercerdes Benz turf for their warm-up exercises prior to kick-off. 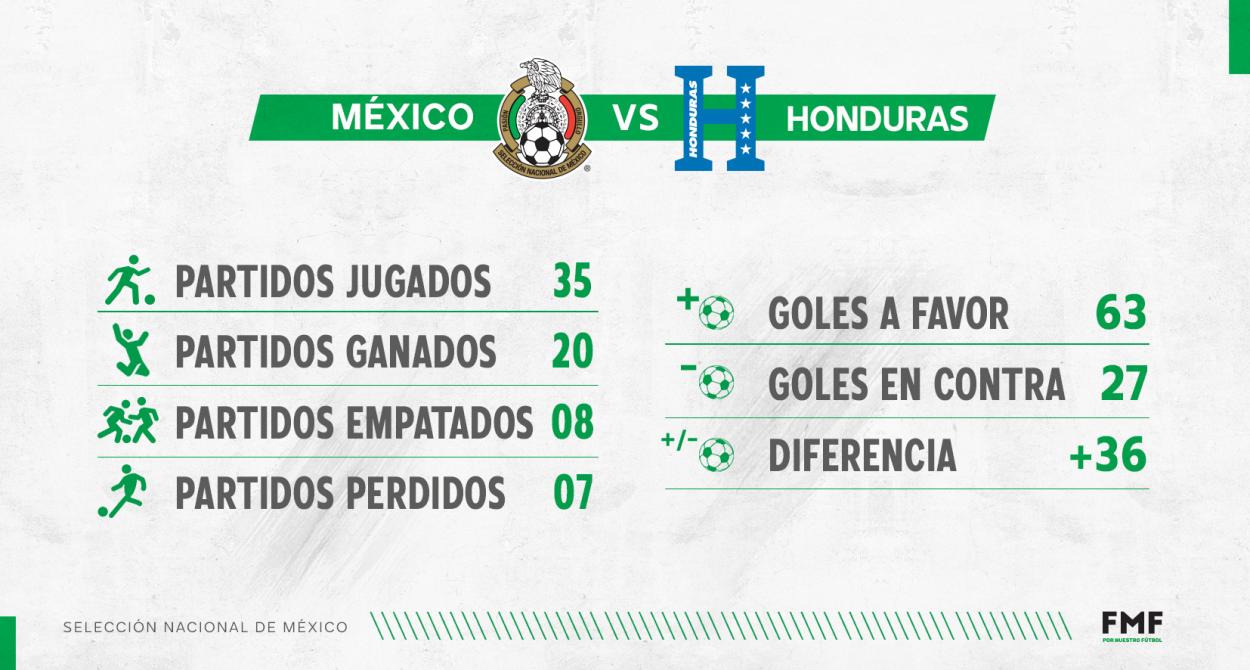 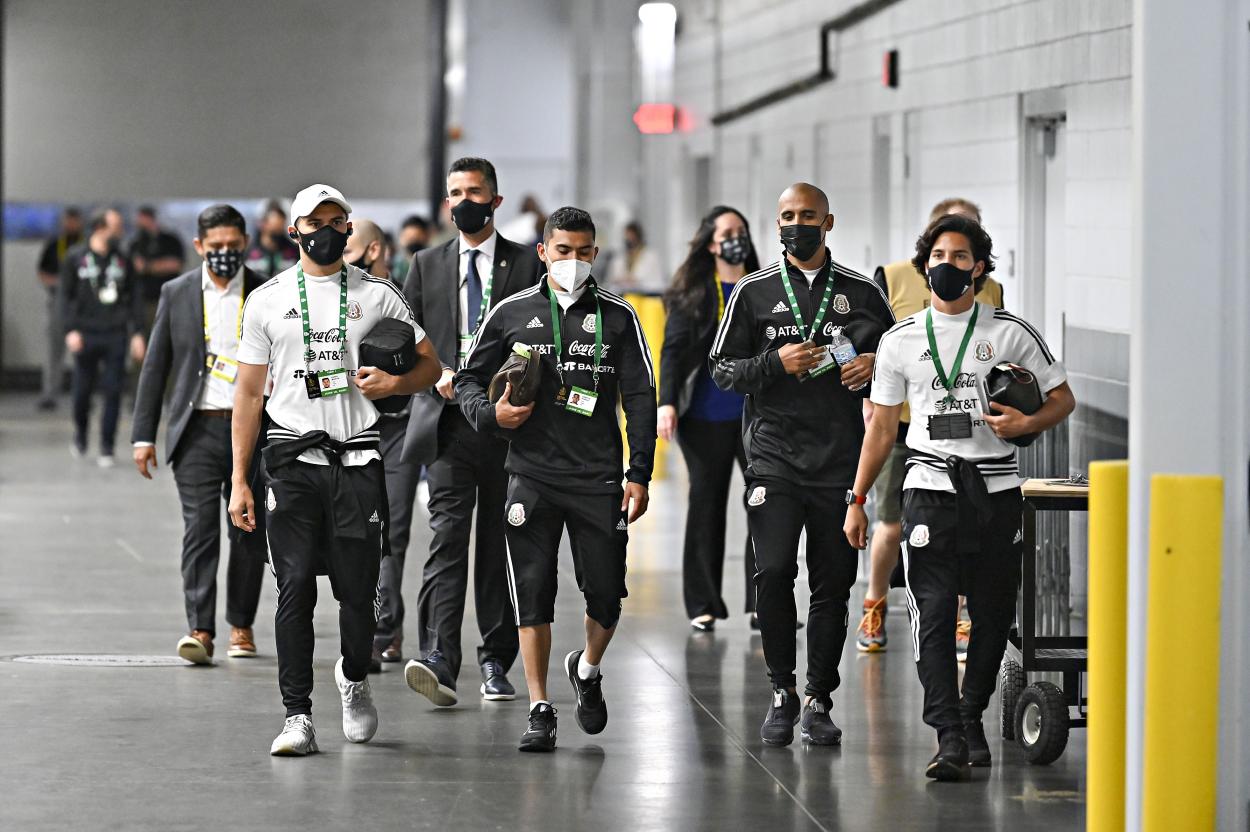 Mexico's national team relaunched a campaign to ask the fans for their help in eradicating discriminatory shouting.
7:29 PM2 months ago

The Tricolor, coached by Gerardo 'El Tata' Martino, wants to get rid of the bad taste in its mouth left by the defeat against the United States and will look for revenge against the Catracho team.
7:09 PM2 months ago

Do not miss a detail of the match with the live updates and commentaries of VAVEL. Follow along with us all the details, commentaries, analysis and lineups for this Mexico vs Honduras match.
7:04 PM2 months ago

How to watch Mexico vs Honduras Live in TV and Stream

If you want to watch the game Mexico vs Honduras live on TV, your options is: TUDN, Azteca Deportes.

Albert Elis, who plays in Portugal, scored the goal for the Catrachos in their last game. 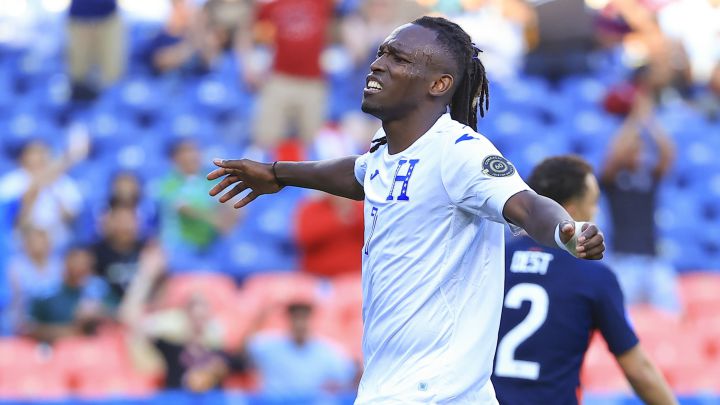 The youthful Diego Lainez has proven to be a great replacement option for Tata Martino, positioning himself as the future of the Tricolor. 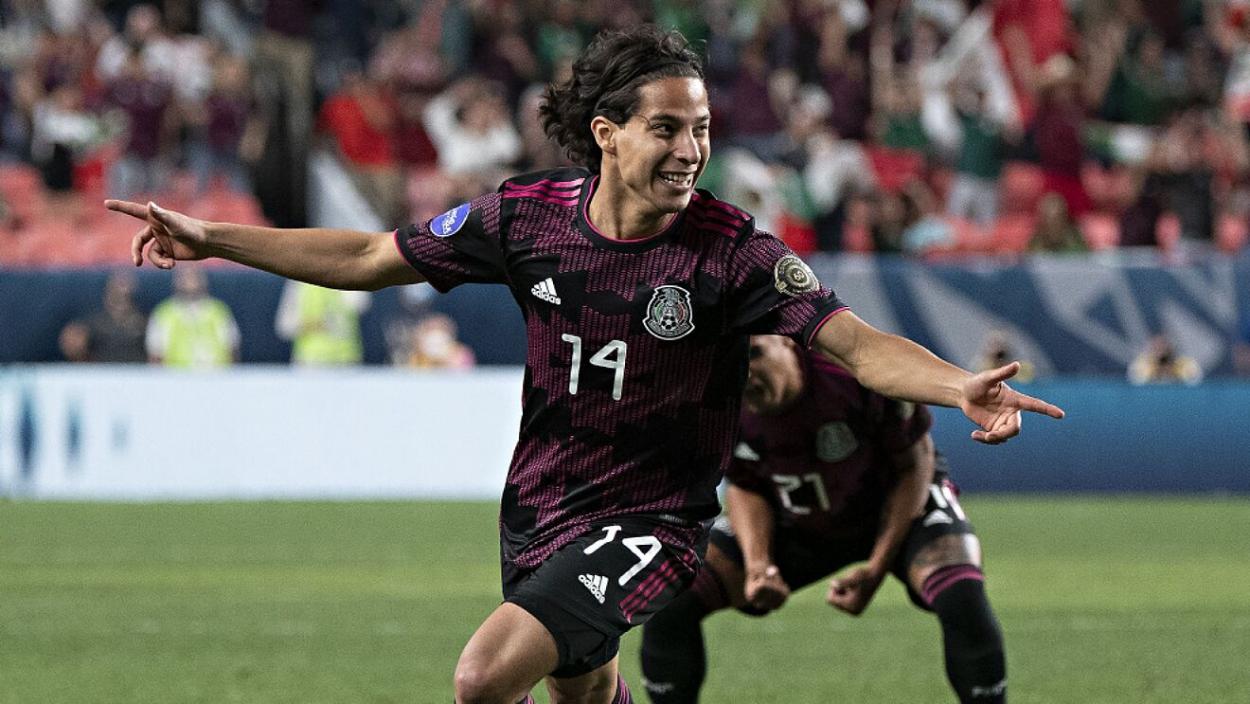 The Catrachos, meanwhile, are coming off a victory over Costa Rica in the CONCACAF Nations League third-place match, which the Hondurans won 5-4 on penalty kicks.
6:34 PM2 months ago

The Tri colored team has just lost in the Final Four against the United States, a result that lost their 14-game winning streak against the Stars and Stripes;
6:29 PM2 months ago

This afternoon, Mexico's National Team will have its penultimate match prior to the Gold Cup, the last one against Nigeria.
6:24 PM2 months ago

The Mexico vs Honduras match will be played at the Mercedes Benz Stadium, in Atlanta, USA. The kick-off is scheduled at 19:30pm ET.

Welcome to VAVEL.com’s coverage of the Friendly match: México vs Honduras Live Score!

Austin FC vs Colorado preview: How to watch, team news, predicted lineups and ones to watch 21 hours ago

Philadelphia Union vs Chicago Fire preview: How to watch, kick-off time, team news, predicted lineups, and ones to watch 14 hours ago
//