Thank you for following VAVEL's coverage of the game between Canada and Honduras. See you next time.
10:01 PM25 days ago

Nothing for no one

Honduras was unable to hold on to the lead against Canada, who pressed in the second half and the common factor was that both could only score through penalty kicks.
10:00 PM25 days ago

Honduras almost scored an own goal and there will be a corner kick.
9:57 PM25 days ago

He missed it. Laryea defines with a lot of power and flies it when it seemed to be Canada's second.
9:53 PM25 days ago

Figueroa's shot from outside the area goes wide.
9:46 PM25 days ago

Moya's powerful header hits the base of the post after Najar's cross, but the ball does not go in.
9:36 PM25 days ago

Pineda and Rubio come in.

Diego Rodríguez is left lying on the field after a strong sweep he suffered.
9:32 PM25 days ago

Larin's penalty shot from the center of the goal makes it 1-1.

Marcelo Pereira commits the foul inside the area and there is a penalty.
9:30 PM25 days ago

Quioto's shot inside the area is saved by the goalkeeper.
9:27 PM25 days ago

Hutchinson with the shot that the defender reaches to deflect and the ball goes wide.
9:24 PM25 days ago

They called for a handball by Figueroa inside the area, but the Mexican referee did not sanction anything.
9:22 PM25 days ago

Quioto's powerful shot goes over the top of the goal.
9:16 PM25 days ago

Davies' overlapping run covers the Catracho defense with a couple of sweeps.
9:15 PM25 days ago

Hoilett's shot goes wide of the goal. Canada came onto the field with a bang.
9:11 PM25 days ago

Hoilett in and Buchanan out, Canada change.
9:11 PM25 days ago

The second half begins between Canada and Honduras.
8:55 PM25 days ago

David's shot is miraculously saved by Lopez. Three more minutes will be added.
8:49 PM25 days ago

Quito entered and Lopez came out, a forced change for Honduras.
8:48 PM25 days ago

Unbelievably, the collector Lopez is injured and will apparently have to leave the field.
8:46 PM25 days ago

Alexander Lopez takes a low penalty kick to open the scoring in Toronto.

Buchanan is fouled inside the area and there will be a penalty kick in favor of Honduras.
8:43 PM25 days ago

David is fouled and Canada's offensive play is cut short.
8:39 PM25 days ago

Cota's shot is covered by the defense and the ball ends up in the corner kick, but Honduras begins to tilt the field.
8:37 PM25 days ago

David went down just outside the box, but the Canadian player was flagged for a handball.
8:33 PM25 days ago

Moya's shot from a half turn is touched by the defense and the ball, which makes a sort of parabola, ends up over the top of the goal.
8:26 PM25 days ago

Diego Rodriguez's shot from half distance was saved by the goalkeeper with some trouble.
8:26 PM25 days ago

The game has been cut short in the last minutes due to constant fouls.
8:19 PM25 days ago

Davies fails to get a shot on a delayed diagonal and the ball is rejected by the defense.
8:14 PM25 days ago

Cota with the hook and a right-footed shot from outside the area that goes high.
8:11 PM25 days ago

Moya's cross to the near post is headed past the goalkeeper.
8:07 PM25 days ago

The match between Canada and Honduras kicks off.
8:01 PM25 days ago

Under FIFA protocol, Canada and Honduras are introduced on the field of play and the national anthems are sung.
7:56 PM25 days ago

The game between Canada and Honduras in the CONCACAF qualifiers for the Qatar 2022 World Cup will kick off in exactly 10 minutes.
7:54 PM25 days ago

They have just warmed up

The Honduras national team finishes its warm-up phase prior to the start of this game.

BMO Field is beaming to host this afternoon's game. 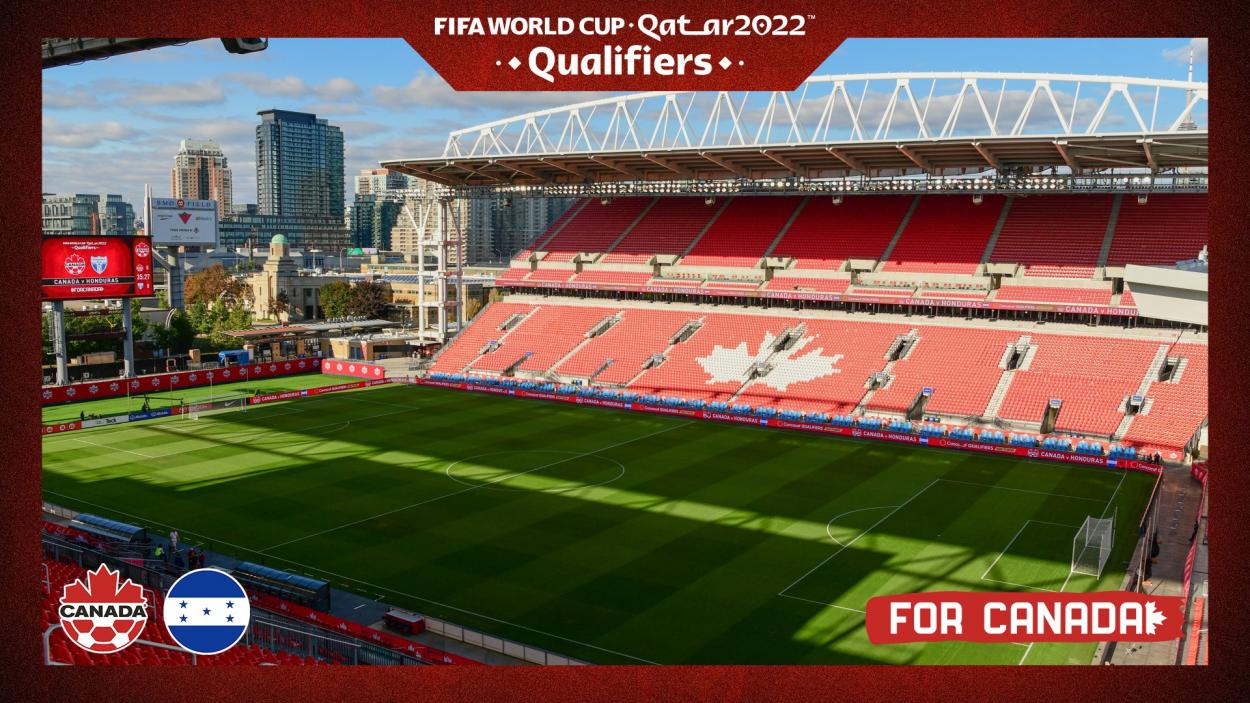 There will be no VAR

FIFA and CONCACAF confirmed this week that there will be no VAR during the qualifiers, which means that it will not be possible to review plays and referees will have to improve their performance on the field.
7:34 PM25 days ago

The arrival of Honduras

A few minutes ago, Honduras arrived with the objective of winning its first away game.

This was Canada's call-up for the first 3 games:

This was Honduras' call-up list for this FIFA DATE:

We begin with VAVEL's coverage of the match between Canada and Honduras, which will officially open the CONCACAF octogonal final.
7:04 PM25 days ago

Do not miss a detail of the match with the live updates and commentaries of VAVEL. Follow along with us all the details, commentaries, analysis and lineups for this Canada vs Honduras match.
6:59 PM25 days ago

What time is Canada vs Honduras match for World Cup Qualifiers?

This is the start time of the game Canada vs Honduras of 2nd September in several countries:

The Catrachos have the advantage in the last five meetings on any field, with two wins to two draws and one loss.

One of the key players of the Catracho team is Anthony 'Choco' Lozano, who was not in the Gold Cup to develop the preseason with El Cadiz, but is a skillful player on the wings that can cause headaches to any defense. 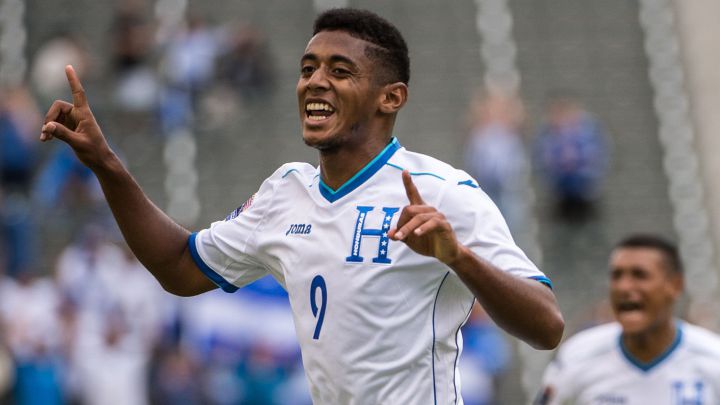 In Mexican soccer he did not shine with Cruz Azul, but Stephen Eustáquio has had a formidable soccer growth in the midfield, being a reference for ball recovery and playmaking. 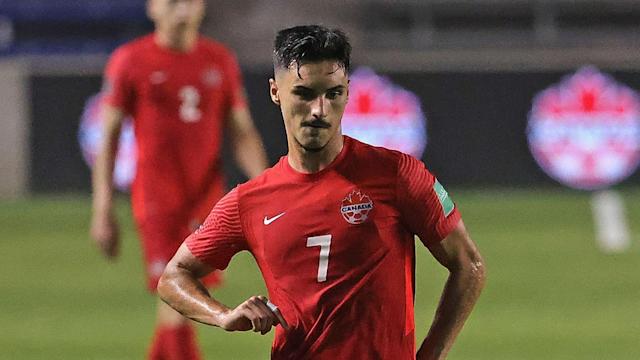 In the lower categories they have stood out, but the current generation of Honduras has left some doubts, especially due to their soccer performance; remembering that they have just been eliminated by Mexico in the quarterfinals of the Gold Cup.

Anthony 'Choco' Lozano was called up again and together with Romell Quioto and Eddie Hernandez want to open the octagonal where they will face Canada, El Salvador and the United States.

Canada: back to the World Cup

The Canadian national team has an unbeatable opportunity to get into and return to a World Cup, mainly due to its good squad, which could make the difference.

In the last Gold Cup they were eliminated in the semifinals by Mexico, but the good news of this call-up will be the return of Alphonso Davies from Bayern and Cyle Larin from Besiktas of Turkey.

The Canada vs Honduras match will be played at the BMO Field Stadium, in Toronto, Canada. The kick-off is scheduled at 8:05 pm ET.
6:14 PM25 days ago

Welcome to VAVEL.com’s LIVE coverage of the 2021 World Cup Qualifiers: Canada vs Honduras!