It's over! Great game for Greece, who finally manages to win.
4:44 PM11 days ago

Goalkeeper! Olsen saves several shots from the Greeks and avoids the third.
4:42 PM11 days ago

Close! Tzolis came close to scoring the third with a shot on goal, but the defense deflected the ball away.
4:40 PM11 days ago

Sweden wants to equalize the match, but the defense is well stopped at the back to prevent the attacks.
4:37 PM11 days ago

Forsberg's shot hits the defender and knocks him out.
4:34 PM11 days ago

A cross looking for the home strikers, but Olsen appears and keeps the ball.
4:27 PM11 days ago

Sweden's goal! Forsberg's shot is saved by Clachodimos and then Quaison counter-attacks to score the equalizer.
4:24 PM11 days ago

Goal, goal, goal for Greece, the VAR says yes! The second came, a great pass from Tzolis to Pavlidis who appeared to close the scoring in the 74th minute.
4:23 PM11 days ago

Close! Greece increased the lead, but the referee signals offside.
4:18 PM11 days ago

Greece were looking for their second, but Olsen appeared in the box and kept the ball.
4:07 PM11 days ago

Goal, goal for Greece! Bakasetas shoots inside the box and sends the ball into the back of the net.
4:02 PM11 days ago

Kulusevski's half-turn, but the ball ends up going over the goal.
3:51 PM11 days ago

Action resumes at the Olympic Stadium in Athens.
3:35 PM11 days ago

The first half is over, Greece and Sweden are tied at the moment.
3:32 PM11 days ago

Mavropanos makes an excellent sweeping save to keep out Sweden's cross.
3:18 PM11 days ago

Forsberg's cross, but the ball ends up hitting the net on the outside.
3:15 PM11 days ago

Tsimikas crossed the pitch reaching Olsen's area, then shot, but the goalkeeper kept the ball safely.
3:10 PM11 days ago

Kulusevski tried to filter the ball, but the Greek defense was well stopped at the back and prevented the play from growing.
3:05 PM11 days ago

Pavlidis makes a change of play, but fails to control the ball well and misses a clear chance.
2:53 PM11 days ago

A defensive header prevents Bakasetas from scoring the first.
2:51 PM11 days ago

The match kicks off in Athens, Sweden will be looking to beat Greece.
2:50 PM11 days ago

Both Sweden and Greece are already in Athens, ready to face each other in these qualifiers for Qatar 2022.
2:32 PM11 days ago

There will be a tribute

Prior to the kick-off, on the occasion of the return of the fans to the Athens stadium, the EPO and UEFA will pay tribute to Vassilis Torosidis for his 12 years with the national team, totaling 101 matches and 10 goals. 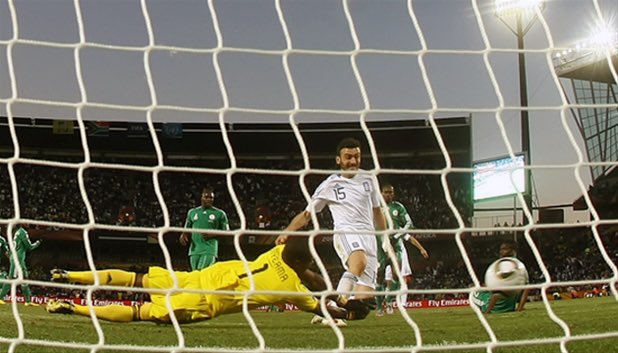 The second captain of the Swedish team, Albin Ekdal, did not travel to Greece for this match. The player left his national team after receiving a blow in the match against Spain.
2:18 PM11 days ago

Only two Greek players, Giorgios Tzavellas and captain Tasos Bakasetas, have reached 40 international matches, while three of them have 30 or more, fifteen have played less than ten matches and fourteen of the players are 25 years old or younger.
2:13 PM11 days ago

There are only two matches that have been competitive internationals. One was at the 1920 Olympic Games and the other at the 2008 European Championship. This match will be the first qualifying duel between these teams.
2:08 PM11 days ago

Stay tuned for the Greece vs Sweden live stream.

In a few moments we will share with you the starting lineups for Greece vs Sweden live, as well as the latest information from the Olympic Stadium in Athens. Keep an eye on the action with VAVEL's minute-by-minute live online coverage.
2:03 PM11 days ago

Possibles lineups for the match

How to watch Greece vs Sweden Live Stream on TV and Online?

If you want to watch the game Greece vs Sweden live on TV, your options is: TUDNxtra.

Janne Andersson said ahead of the match against Greece: "Greece has played two different styles. First 4-2-3-1 in March, where they were actually a little bit light on Spain in the way they played. Now they've started to play more 5-3-2 and then they've become a little bit straighter and tighter. Depending on how they choose to play, we may see two different Greek teams, regardless of what it is for us to be able to handle both sides. It will be important to read how they play when the game starts."
1:48 PM11 days ago

Robin Olsen, if he plays in this match, would make 50 international appearances, becoming the 61st player to do so and the seventh goalkeeper to achieve this goal.
1:43 PM11 days ago

There have already been seven occasions in which Greece and Sweden have faced each other, three draws and two victories for each team, so a great duel is predicted between these two teams.
1:38 PM11 days ago

Sweden arrives to this match with three wins out of three, accumulating 9 points and placing second in Group B. In their last match, the Swedes beat Spain two goals to one; Alexander Isak and Viktor Claesson scored the goals.
1:33 PM11 days ago

Urgent need for a win

Five rounds have already been played in the qualifiers for Qatar 2022; however, Greece has only played three of those five matches and in all of them they have drawn, reaching three points. The last match was a one-goal draw with Anastasios Douvikas scoring for Greece. 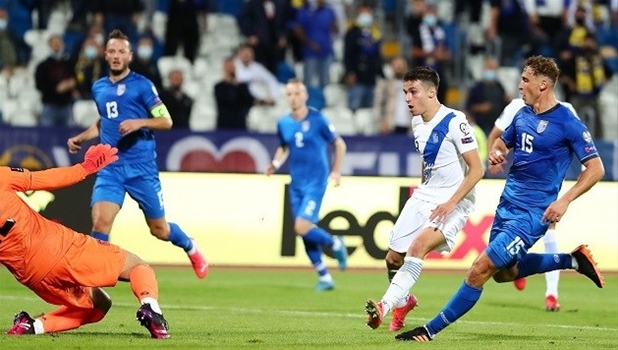 The match will be played at the Olympic Stadium in Athens.

The Greece vs Sweden match will be played at the Olympic Stadium of Athens located in Athens, Greece; with capacity for 69,618 people.

CF Montréal vs Chicago Fire preview: How to watch, kick-off time, team news, predicted lineups, and ones to watch 18 hours ago
//