NOT0
END9 hours ago

Thank you for watching today's match in VAVEL, see you another day!
3:06 PMa year ago

Goals and highlights of today´s match

Here are the goals

Sassuolo with today's comeback, won their 5th time against Lazio!
2:28 PMa year ago

They were very exited after the home win!!

Sassuolo takes the deserved victory. A game that started very well for Lazio, scoring in the first minutes, but after all the first half Sassuolo dominated, they couldn't score, it was  until the second half they scored both goals, and Lazio pushed much more in the last minutes, had chances to score, but Sassuolo stayed very well behind.
1:50 PMa year ago

Toma Basic hits it!!! and it hits the crosbar goes down but it doesen't go in!!
1:49 PMa year ago

Giacomo Raspadori is out

Muriqui went through on goal, but Kaan Ayhan pushes him outside the box and Kaan Ayhan recieves the red card due to him being the last man.
1:41 PMa year ago

Domenico Berardi is out

Jerome Boga is in

Gian Ferrari is out

Kaan Ayhan is in

Hamed Traore is out

Matheus Henrique is in

Akpa Akpo is out

Andre Anderson is in

Min 68: And another goal from Sassuolo!!!

Berardi again driles through the defence, sets it up to Raspadori and he scores!!!
1:26 PMa year ago

Berardi dribbled through the whole defence and scored a banger!!
1:09 PMa year ago

A bad shot from Scamacca, that arrives at Berardi and being in a bad position shoots really bad and it goes out of play!
1:05 PMa year ago

A Lazio that started very well, pressing the first 10 minutes, and managed to score, but after that they could only  defend, because Sassuolo pressed a lot, and Lazio did not have another shot on goal.
12:43 PMa year ago

Min 34: Another save from Strakosha!

Frattessi shoots from outside the box and Strakosha parries it away!
12:29 PMa year ago

Min 25: What a save from Strakosha again!!

Frattessi Kent through the defence, passed it to Scamacca he shoots and Straksoha sends it to the post!
12:17 PMa year ago

A great shot from outside the box from Scamacca, it was going strait to the bottom corner, but Strakosha saves it!
12:10 PMa year ago

Pedro goes through the whole defence, passes it to Zaccaggni and he puts it in!!
12:06 PMa year ago

Both teams have not faced each other many times!

Both teams have not faced each other many times, but it has been really uneven; Sassuolo have won 4 times, They have drawn 4 times and Lazio have won 9 times.
11:42 AMa year ago

Great angle of the players warming up inside the pitch

A big player will not be on the pitch!

Last matchday a certain player recieved a double yellow card, and for this match he is not available, and this player is Milinkovic-Savic, who has a big role in the team, will it be difficult without him? 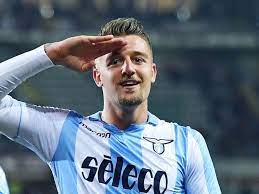 The Albanian goalkeeper has not had the best season of his life, because he made a big mistake in Europa League, and Pepe Reina took his place, but he got his place back again, and has recovered his form

Lazio have also many suspended players!

Sassuolo have many injuries!

Sassuolo are in a bit of danger thanks to the injured players they have, Filipo Romagna broke his patellar tendon, Pedro Obiang has cardiac problems, Filip Djuricic has muscular problems, Edoardo Goldaniga has an unknown injury and Nicolas Schiappaccase broke his ACL. Will they do good without them?
9:50 AMa year ago

Tune in here Sassuolo vs Lazio

In a few moments we will share live the starting eleven of Sassuolo vs Lazio as well as recent information of the MAPEI stadium. Do not lose detail of the game with the minute by minute in VAVEL.

The 31 year old Italian striker, Ciro Immobile has always been a world class striker, and he is proving it this season, He has played 14 matches and right now he is by a far margin the top scorer of the team, with 13 goals, and as well, he has scored almost half of the goals for his team! Will he score in tomorrow's match? 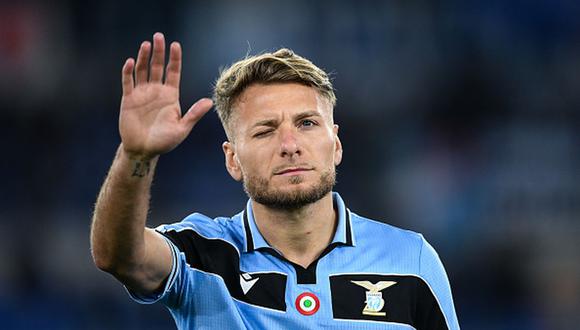 The 27 year old Italian forward, Domenico Berardi has been on fire this season, he has been involved in almost half of the goals of their whole team! he is obviously the top scorer of the team, with 7 goals and the top assister with 5 assists. Will he do good on tomorrow's match? 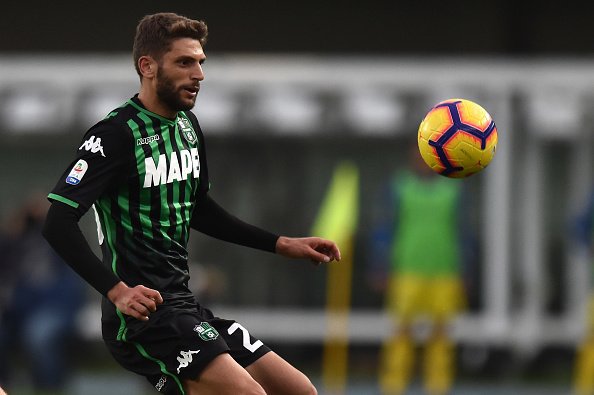 When and where to watch Sassuolo vs Lazio

The game will be broadcast on ESPN Also, if you want to watch the game live online, VAVEL Mexico is your best option.
9:15 AMa year ago

Lazio come from a comfortable win!

Lazio played away as well last matchday, they played against a not so strong Sampdoria. They were really comfortable the whole match, because they won 1-3, and the 3 goals from Lazio were scored in the first half thanks to Ciro Immobile who scored twice, and Milinkovic-Savic who scored once, and Sampdoria just got a consolation goal scored by Manolo Gabbiadini in the 89th minute.
9:10 AMa year ago

Sassuolo barely got a Point away!

Sassuolo played last matchday against Spezia away, and were playing really bad, because they went down 1-0 in the 38th minute thanks to a goal from the ex Barcelona striker Rey Manaj, and then at the start of the second half, Emmanuel Gyasi got the second goal, but the hero of the match, the saviour for Sassuolo was Giacomo Raspadori, who scored both goals to secure the draw in Spezia. 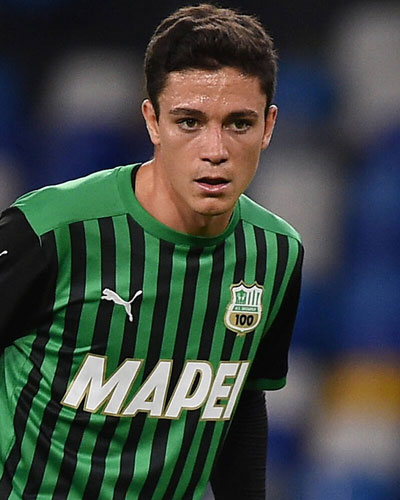 The MAPEI Stadium located in Sassuolo, Italy  will be the stadium that will house the match between Sassuolo and Lazio, corresponding to matchday 17th of the Serie A This stadium has space for 21,584 people.
9:00 AMa year ago

Welcome to the transmission of the Sassuolo vs Lazio  match corresponding to the 17th matchday of the Serie A. The venue of the match will be at the MAPEI Stadium.