The match is over, Algeria qualifies for the final in a great match and a better ending.
5:04 PM5 months ago

Goooooooool! by Algeria, in the last play of the match, they will take the victory and the pass to the final.
5:02 PM5 months ago

The referee calls a penalty kick in favor of Algeria in what will be the last play of the match.
4:54 PM5 months ago

Goooooooool for Qatar tied the match in the last minutes.
4:52 PM5 months ago

Qatar presses for an equalizing goal
4:48 PM5 months ago

Last minutes of the match, Algeria is getting the ticket to the final.
4:38 PM5 months ago

The game is starting to get old and Qatar is coming up short in its quest for the grand final.
4:35 PM5 months ago

Algeria gradually keeps possession of the ball and plays with Qatar's desperation.
4:28 PM5 months ago

Qatar is now trying to press and look for an equalizer
4:19 PM5 months ago

Goooooooool for Algeria, opening the scoring at 61'.
4:15 PM5 months ago

Algeria suffocated Qatar, who were unable to deny the visitors.
4:07 PM5 months ago

Algeria is taking possession of the ball and creating a lot of danger in the Qatari box.
4:03 PM5 months ago

Last minutes of the first half and it seems that there will be no change in the score.
3:36 PM5 months ago

Little by little the pace of the game starts to slow down, and many fouls are committed, which stops the game.
3:26 PM5 months ago

Qatar plays with a line of 5, knowing the danger generated by Algeria's offense.
3:22 PM5 months ago

The game continues to be very tight and the score is still tied with no goals.
3:17 PM5 months ago

Little by little, Algeria gained possession of the ball and began to generate dangerous plays.
3:12 PM5 months ago

The match is tight, the ball is hard fought and the hosts keep possession.
3:08 PM5 months ago

Qatar starts to generate scoring moves but they do not intimidate the Algerian defense, good start to the match.
3:02 PM5 months ago

The game starts with a lot of intensity and with the ball being passed all over the field, there is no team that keeps possession.
3:00 PM5 months ago

The Arab Cup semifinal between Qatar and Algeria gets underway as the two teams face each other for a place in the final.
2:52 PM5 months ago

Everything is ready on the Al-Thumama pitch for the opening whistle, the two teams are about to take the field.
2:50 PM5 months ago

The fans are starting to show up at the Al-Thumama Stadium in a spectacular entry to live a semifinal, the stadium is divided between fans of Qatar and Algeria.
2:45 PM5 months ago

This is the lineup with which the Algerian team will start: 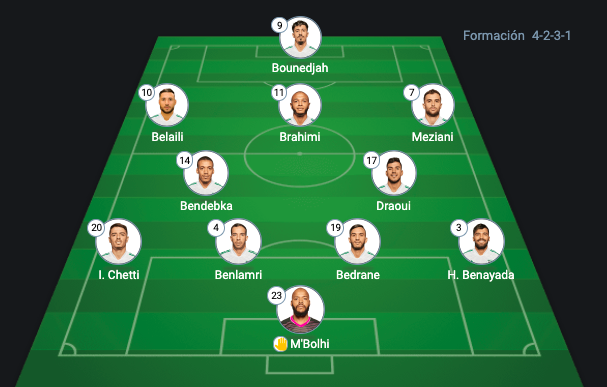 The central referee in charge of the match will be Szymon Marciniak.
2:35 PM5 months ago

This is the lineup with which Qatar will take the field:

These are the key players for today's game:

In the last 3 meetings, the result has been very even, 1 win for Qatar, 1 win for Algeria and 1 draw which makes it a very even match and difficult to predict.
2:20 PM5 months ago

Inaugurated this year on October 22, it will be one of the venues for the Qatar 2022 World Cup, has a capacity of 40,000 thousand spectators and a beautiful stadium that was already used for the final of the Amir Cup between Al Rayyan and Al Sadd.
2:15 PM5 months ago

In a few moments we will share with you the starting lineups for Qatar vs Algeria live in the semifinals of the Arab Cup 2021, as well as the latest information from the Al Thumama Stadium. Don't miss any details of the match with VAVEL's live online minute-by-minute coverage.
2:10 PM5 months ago

The match will not be broadcast on any television channel in Mexico.
Qatar vs Algeria can be tuned in from the FIFA YouTube App live streams. If you want to watch the match live online, VAVEL Mexico is your best option.
2:05 PM5 months ago

Watch out for this player from Algeria

31-year-old player, currently plays for Porto of Portugal, he is a left winger and has been playing 56 games with Algeria and 11 goals scored, he is the scorer of Algeria in the Arab Cup 2021 and is looking to take his national team to the final tomorrow. 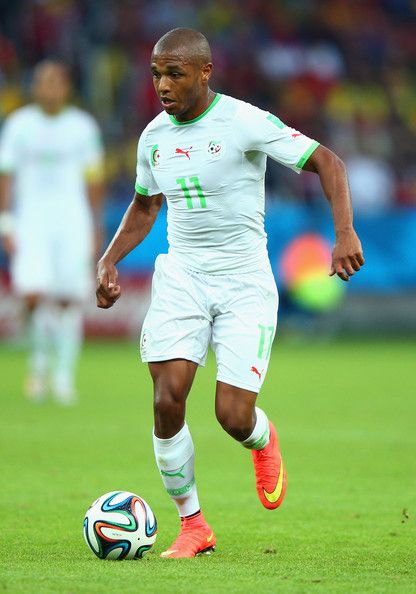 Watch out for this player from Qatar

Akram Afif:
The 25-year-old striker in charge of scoring in the Quarterfinals with Qatar to give them the pass to the Semifinal is the team's goal scorer and is one of the most valuable players of the tournament, the Al Sadd player from the local league, is fast, skillful, and with a good long distance shot, that's why he is the most outstanding player for the hosts of the tournament. 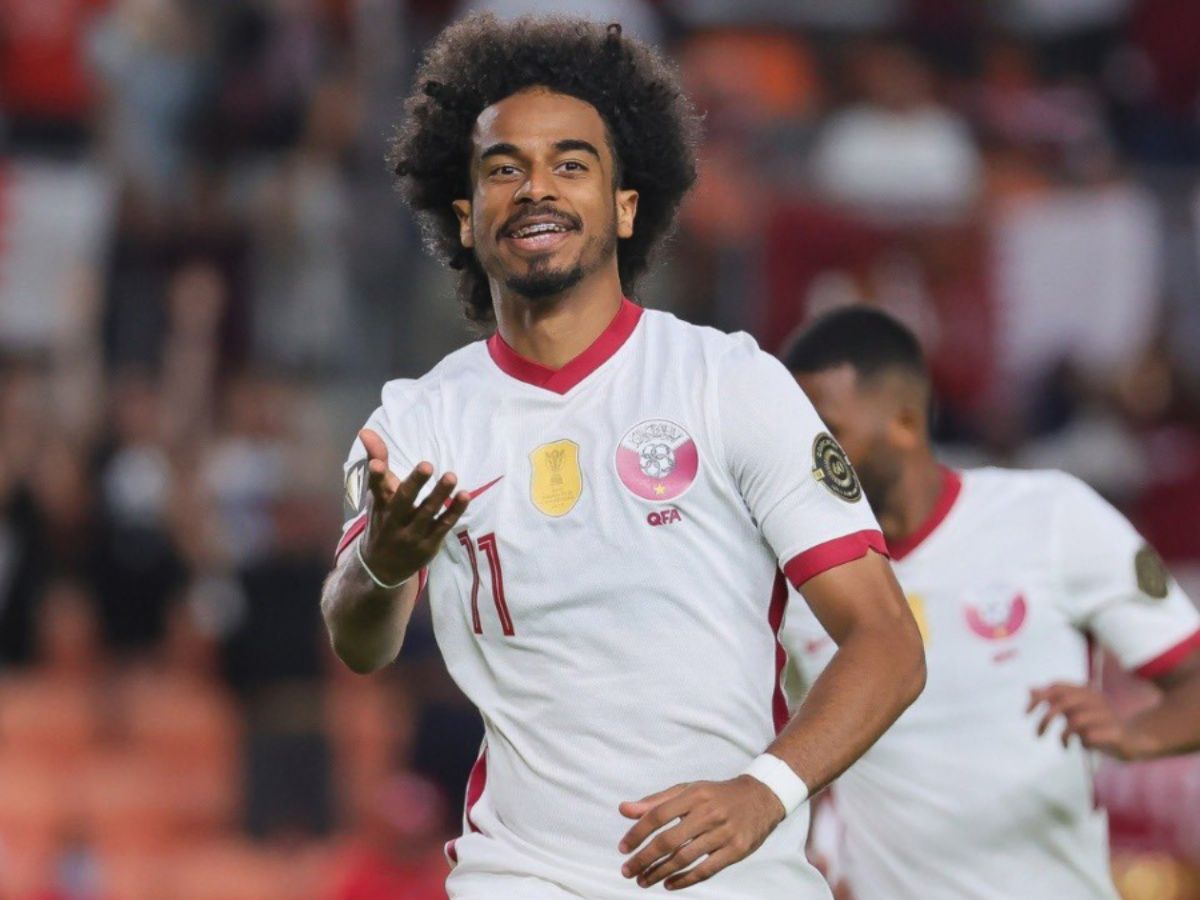 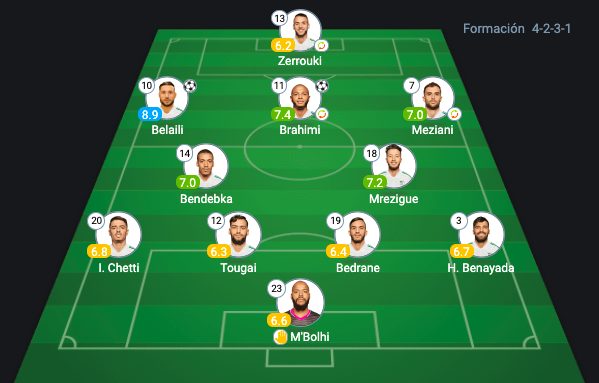 This is the last lineup used by Qatar in the Quarterfinals against the United Arab Emirates: 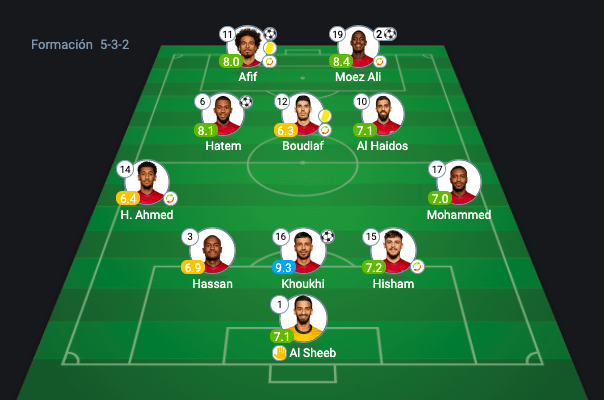 Algeria seeks to eliminate the host:

On the other hand, Algeria, with a great group stage and eliminating a Moroccan team on penalties that took them to the quarterfinals in an unforgettable quarterfinals, both teams are now in the semifinals of the Arab Cup 2021.
1:40 PM5 months ago

Qatar with its toughest test of the tournament:

Tomorrow Qatar will face its toughest test in the semifinal against Algeria, another team that is a candidate to win the title. In an early final, we will see if Qatar can give the blow of authority that will catapult it to the grand final of the Arab Cup 2021.
1:35 PM5 months ago

Good afternoon to all VAVEL friends!

Welcome to the live broadcast of the Qatar vs Algeria match, corresponding to the Semifinal of the Arab Cup 2021. The match will take place at the Al Thumama Stadium at 13:00 CDMX.