We hope you enjoyed the Santos vs Correcaminos telecast of the preparation match between the two teams for the Clausura 2022. Keep checking back on VAVEL.COM for updates throughout the day.
1:36 PMa year ago

The match between Santos Laguna and Correcaminos comes to an end, the team from the Shire wins 2-1 against the team from Tamaulipas and closes one more chapter in their preseason for the Clausura 2022.
1:25 PMa year ago

That's how Omar Campos scored the go-ahead goal against Correcaminos in the third thirty-minute period.

One of La Laguna's top players and idol of many is present at the match. 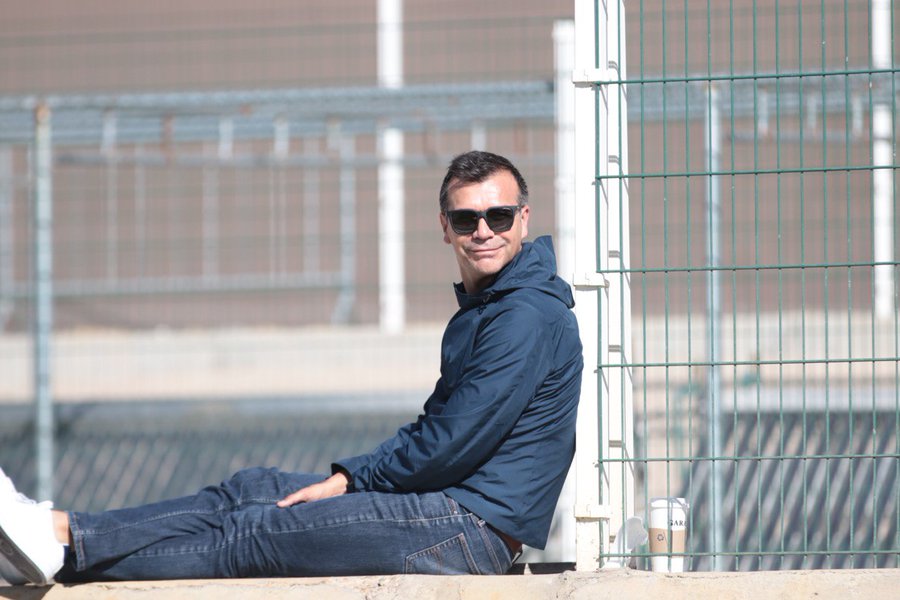 The jewel Omar Campos appeared to put the Guerreros back in the lead.
12:26 PMa year ago

END OF THE FIRST GAME

Santos and Correcaminos tie 1-1 in the first of two duels in this friendly preparation match. 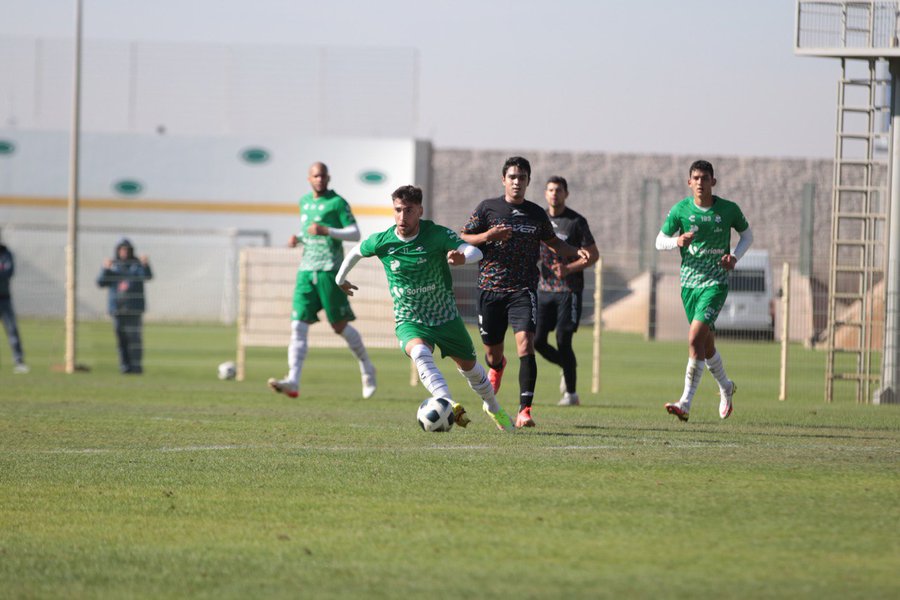 WOULD GO FOR JÜRGEN DAMM

Although it has been mentioned that Mexican player Jürgen Damm is close to joining Guadalajara, Santos Laguna will be in the bidding, as it is said that the Guerreros have already contacted the player and made an offer.
11:57 AMa year ago

THE MATCH IS TIED

Correcaminos ties the game through Rodolfo Salinas, the silver league team wants to prove that it is ready for great things.
11:46 AMa year ago

The second half of the four 30-minute period begins, with Correcaminos trailing with a great goal by Brian Lozano.
11:37 AMa year ago

GOING FOR HIS YEAR

Before yesterday's morning training session, the Ecuadorian midfielder, Ayrton Preciado, stated in an interview broadcast by the club, that his adaptation to the Portuguese coach's style of play is going well: "Pedro Caixinha has conveyed to us the idea he has. He has the advantage that we are still that intense team that complicated our opponents in the last tournament. Now his idea is to have a little more possession of the ball, a little more game ideas, try to create danger, but with combinations and associations, so we are very comfortable.
11:28 AMa year ago

This is how Brian Lozano opened the scoring for the Warriors.

The official Correcaminos account reports that the team from the Comarca Lagunera had already taken the lead in the first fifteen minutes.
11:16 AMa year ago

THERE IS ALREADY A NEW 10 IN THE COUNTY!

After the departure of Diego Valdés to América, the club from the lagoon would give the number 10 to Brian "El Huevo" Lozano and in this way he would join the club of mythical players who have worn this number in the lagoon team.
11:08 AMa year ago

The duel between Santos Laguna and Correcaminos begins, it is important to remember that the duel will not be broadcast due to the fact that it will be played behind closed doors, so we will bring you all the news that happens during the game.
11:00 AMa year ago

How will the match be played?

The friendly between Santos Laguna and Correcaminos will be played in a format of four 30-minute halves, which means we will have 120 minutes of action between the two teams.
10:44 AMa year ago

The Liga MX champion, Atlas of Guadalajara, is looking to reinforce its ranks as well as Santos, so there are rumors of a possible departure of Ismael Govea and the return of Javier Abella. The transfer would be facilitated due to the fact that both clubs belong to Grupo Orlegi Sports.
10:39 AMa year ago

READY IN THE LAGOON!

The Comarca Lagunera is already in the presence of the Saints, who are warming up for the next match of the season.

Yesterday, former Gallos Blancos player Luis Madrigal joined the ranks of Correcaminos to reinforce the forward line as they look to be more forceful in the Clausura 2022. 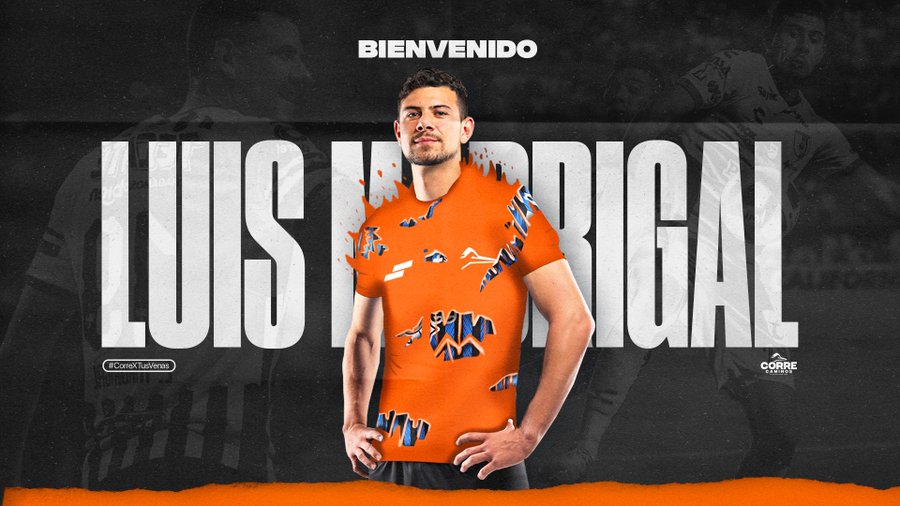 THE CORRECAMINOS IS HERE!

The Tamaulipas club is already at the TSMM Stadium to face their similar Santos Laguna, this will be a great test for those who belong to the silver league.

Omar Campos shone with his own light in this 2021 with Santos Laguna and is set to be one of the biggest promises of Mexican soccer next year.

Just like any other soccer player, the talented Guerreros player has had to sacrifice many things along the way in order to fulfill his dream of being in the First Division and of course that includes special moments with his family, which is why he is looking forward to being reunited with them for Christmas.

"The normal thing is that on December 24 I can be with my family at home, those days are when I can finally enjoy with all of them," he said.

SOMETHING BIG IS COMING!

Dante Elizalde is confident that with the return of Pedro Caixinha, Santos Laguna will be able to win the Liga MX title and be one of the protagonists of the Concacaf Champions League.

The president of the Torreón team mentioned that they have been working very well in recent years and that 2022 looks promising.

"On the professional side, winning titles, continuing to grow, seeing the development of the youth from the youth academy. Seeing this growth and respect for the processes that are in place in the institution," he said in an interview.

The day has arrived for Santos and Correcaminos, as they face each other on their way to the 2021 Apertura Tournament in order to prepare and strive to be at their best before the start of the championship. Both clubs failed to achieve their goal last season, so now, with a thirst for revenge and the opportunity to start from scratch, they will be looking for the second part of the season to be theirs.
6:53 PMa year ago

Do not miss a detail of the match with the live updates and commentaries of VAVEL. Follow along with us all the details, commentaries, analysis and lineups for this Santos vs Correcaminos match.
6:48 PMa year ago

What time is Santos vs Correcaminos match for Friendly Match?

This is the start time of the game Santos vs Correcaminos of 23th December in several countries:

Watch out for this Correcaminos player:

Matías Leonardo Costas will be the player to follow for Correcaminos, the Argentinean has been a fundamental part of the club since seasons of yore and little by little he has consolidated himself as one of the starters in the squad, in the previous tournament he played 15 games (826 minutes), 10 games as a starter, 2 yellow cards and one red card, he is one of the most creative and unbalanced players in the squad so he will want to impose conditions in this friendly to continue to be taken into account. 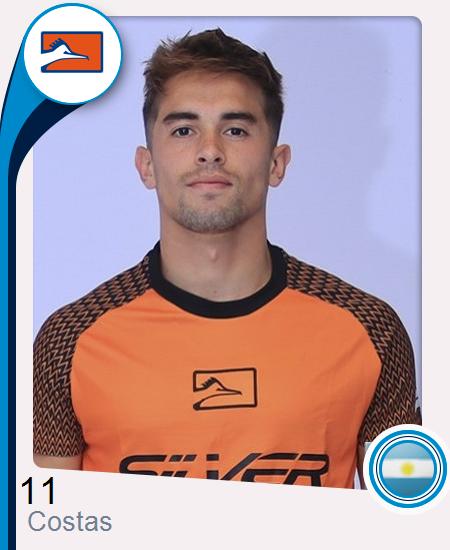 Watch out for this Santos Laguna player:

Eduardo Aguirre or "El mudo" Aguirre will be the player to follow for this match, little by little he has managed to consolidate himself as an important element for the Santos Laguna squad and will look to continue doing so in this friendly, last tournament he added 10 games played, all were as a starter, 1 goal and 780 minutes played so he will continue looking to prove that he can be trusted for the Clausura 2022.

The Nuevo Estadio Corona is a soccer stadium located in the city of Torreón, Coahuila, Mexico. It hosts the home games of Club Santos Laguna, a team that plays in the First Division of Mexico. It is part of the Territorio Santos Modelo, a sports, educational, religious and entertainment complex.

During its first years, the stadium inherited the nickname "La Casa del Dolor Ajeno" (The House of Foreign Pain), but in 2016 it was decided to change it to "El Templo del Desierto" (The Temple of the Desert).

Santos Laguna and Correcaminos have only met on two occasions. In those encounters, the scales have clearly tipped in favor of the Laguna team, with one win and one draw for the guerreros. The most recent encounter dates back to the Group Stage of the 2019/2020 Copa MX, where Guerreros and Correcaminos faced each other in Tamaulipas with a score in favor of the visitors with a 0-4 win. Likewise, in terms of goals, it is the members of the Comarca Lagunera who have the advantage with 4 goals to Correcaminos' 1.
6:13 PMa year ago

They were left wanting more

The Tamaulipas team finished the Grita México Apertura 2021 tournament in 11th place in the general table, being one of the teams that lived the drama until the last minute to get into the playoffs, with 24 points from 5 wins, 4 draws and 7 defeats and 22 goals scored and 22 goals conceded, Correcaminos faced the Leones Negros de la U. de G, although they tried to get the result, the visiting team lost by a score of 2-1 and were eliminated very early in the competition. Now a new path begins and they will be looking to start off on the right foot in this preseason. 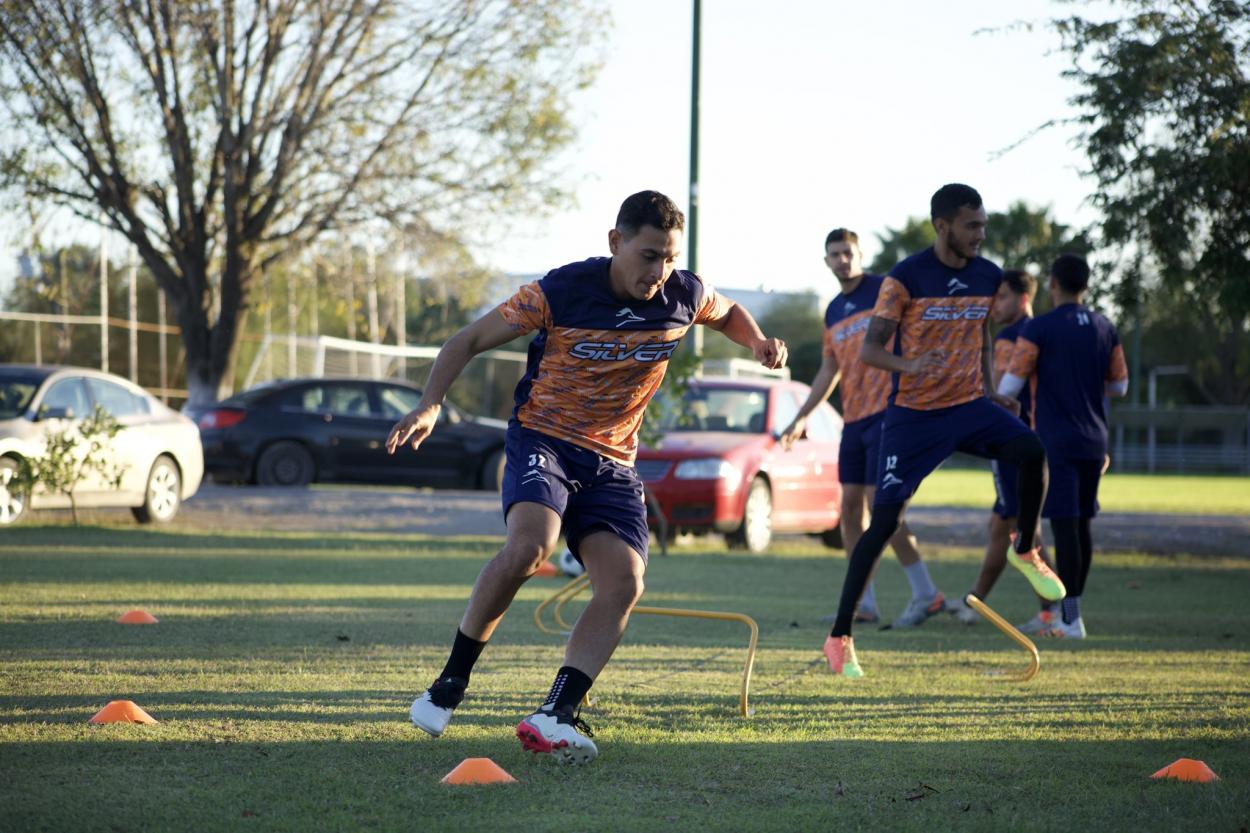 The team now coached by Pedro Caixinha will begin its new adventure towards the start of the Clausura 2022 Tournament. The team from the Comarca Lagunera finished last year's competition in fifth place overall with 24 points from 5 wins, 9 draws and 3 defeats, 23 goals scored and 16 goals conceded, resulting in a +7 goal difference. In the playoffs they faced San Luis on the Corona TSM pitch, winning 2-0 and were on course to face Tigres in the quarterfinals. The first leg resulted in a favorable score for the Guerreros with a 2-1 advantage for the second leg, but life had a surprise in store for them as, just as the match at the Volcán Universitario was about to start, Carlos Salcedo scored a blast from outside the box to tie the aggregate score and eliminate Santos on the basis of position in the standings. 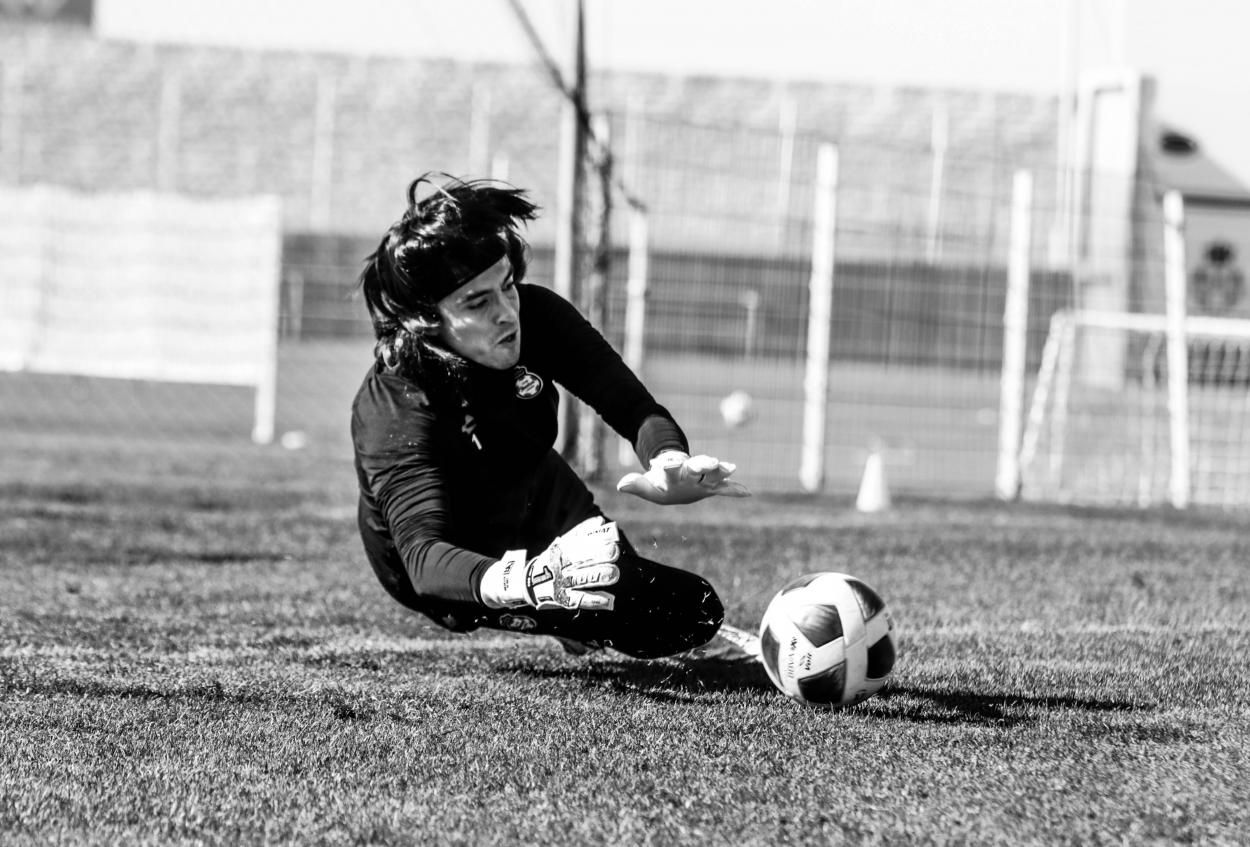 The first half of the 2021-2022 season is over and with it begins the preparation to face what will be the second half of the season. For Santos and Correcaminos, the Apertura went down in history without having achieved the objective in their respective leagues, as the team from Tamaulipas was eliminated from the silver division after failing to beat UDG in the playoffs, The Guerreros seemed to have one foot and a half in the semifinals after defeating Tigres in the first leg of the Liga MX quarterfinals, however, tragedy struck in the second leg when Carlos Salcedo's blast eliminated Santos from the tournament.
5:58 PMa year ago

The Santos vs Correcaminos match will be played at The TSM Corona Stadium, in Torreón, Mexico. The kick-off is scheduled at 11:00 am ET.
5:53 PMa year ago

Welcome to VAVEL.com’s LIVE coverage of the 2021 Friendly Match: Santos vs Correcaminos!