THANKS FOR FOLLOWING THE MINUTE BY MINUTE

Thank you for following VAVEL's coverage of Finland vs Iceland. Keep up to date with everything that is happening in the sporting world.
1:51 PM2 months ago

The match ends at the Estadio Nueva Condomina, Finland and Iceland draw by the minimum in this international friendly duel for the FIFA Date.
1:41 PM2 months ago

Last 10 minutes of the match! Finland and Iceland continue to tie on the scoreboard, both will be looking for the win in this closing match.
1:30 PM2 months ago

Rasmus Shurller is cautioned after committing a hard tackle in midfield.
1:24 PM2 months ago

The match continued to be very tight, both teams slowed down the pace of the game and the attacking opportunities were very poor.
1:08 PM2 months ago

The second one almost fell! Teemu Pukki almost scores Iceland's second but the ball hits the post.
12:41 PM2 months ago

GOOOOOOOOOL FOR ICELAND! GOOOOOOOOOL THAT TIES THINGS UP! Birkir Bjarnason PUSHES THE BALL INTO THE NETS!
12:35 PM2 months ago

Iceland's first shot on target ends up in the goalkeeper's hands
12:25 PM2 months ago

Finland continues to dominate the match comfortably and keeps possession of the ball, Iceland is still not in the game.
12:19 PM2 months ago

GOOOOOOOOOL FOR FINLAND! GOAL BY TEEMU PUKKI! FINLAND ALREADY WINS IT AFTER A SHOT FROM A CORNER KICK
12:08 PM2 months ago

First attempt! Temmu Pukki tried to open the scoring with a poor shot that ended up in the goalkeeper's hands.
12:03 PM2 months ago

The match kicks off, Finland takes on Iceland in a FIFA international friendly match for the FIFA World Cup.
11:47 AM2 months ago

On the other hand, the Icelandic national team had a sad process towards the fight for the ticket to Qatar 2022, they finished second last in group J, being automatically out of the top sporting event. Likewise, they have not been able to stand out in the friendly matches, since in their most recent match they lost by a landslide against South Korea and have not been able to win, so it will be a more than significant duel for this team.
11:46 AM2 months ago

The Finnish national team struggled to achieve the dream of all teams, to qualify for Qatar 2022, but finished 3rd in Group D, a situation that left them out of the world's top tournament. After 8 matchdays, the Finns reached 11 points, being only 1 point away from reaching Ukraine. Likewise, during the qualifying round, Finland conceded and scored 10 goals, so they were very balanced offensively and defensively.
11:35 AM2 months ago

READY FOR THE LOCKER ROOM

Iceland is 75 years old today with a FIFA-recognized soccer federation, and what better way to celebrate it with a friendly match.
11:25 AM2 months ago

The last time the two sides met was in the 2016-17 season as part of the Russia 2018 World Cup qualifiers. In the first meeting, Iceland managed to win by a score of 3-2, while in the second leg, the Finns made their presence felt by taking the match by the narrowest of margins.
11:20 AM2 months ago

The wait is over, Finland and Iceland will face each other in an international friendly match for FIFA's FIFA World Cup. Both teams have already been eliminated from Qatar 2022, so a new cycle will begin for them in their quest to be present at the 2026 FIFA World Cup.
11:15 AM2 months ago

Do not miss a detail of the match with the live updates and commentaries of VAVEL. Follow along with us all the details, commentaries, analysis and lineups for this Finland vs Iceland match.
11:10 AM2 months ago

What time is Finland vs Icelan match for friendly duel 2022?

This is the start time of the game Finland vs Iceland of 25th November in several countries:

Keep an eye on this Iceland player: 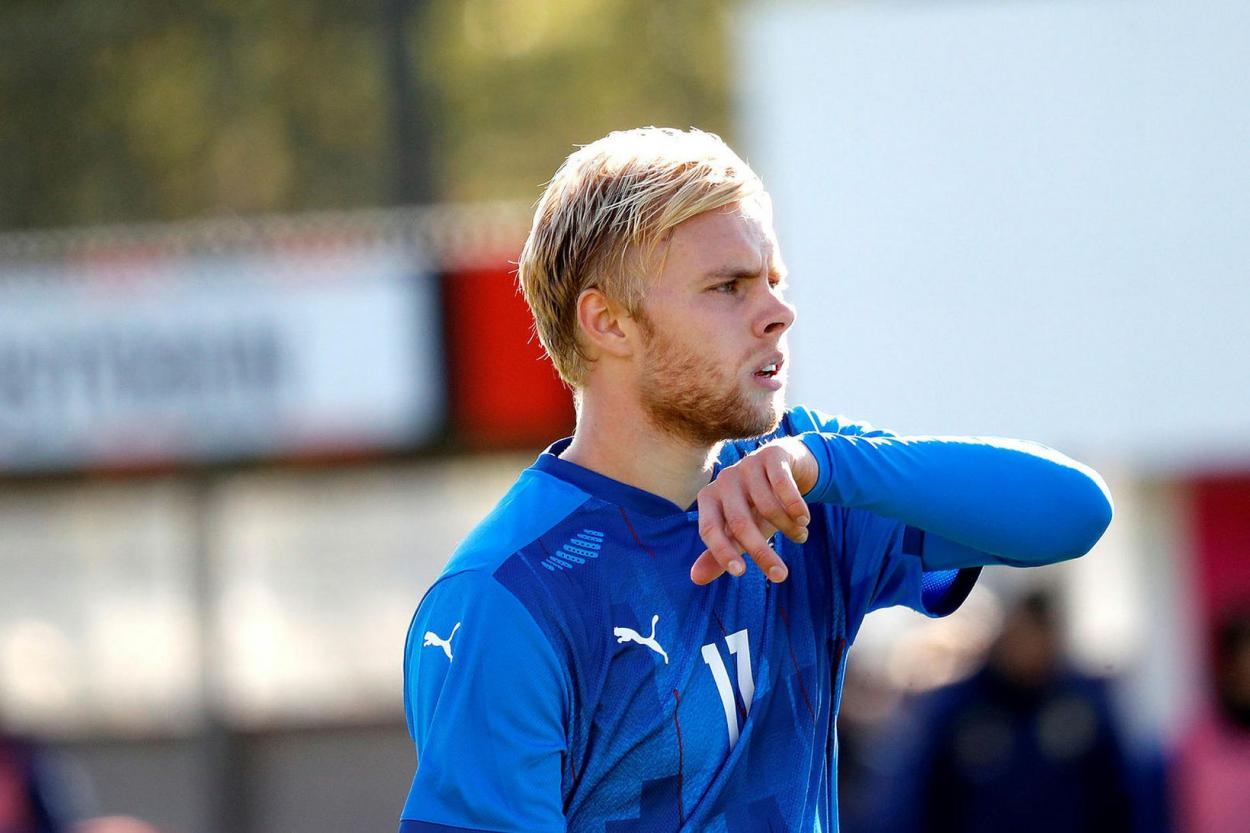 Watch out for this player from Finland:

Teemu Pukki is a Finnish footballer who plays as a striker for Norwich City and the Finland national soccer team. He made his international debut for Finland in 2009 and has played 99 international matches, scoring 33 goals. He is his country's all-time leading scorer, recently surpassing Jari Litmanen. Pukki scored ten goals in ten games in the qualifying stage for Euro 2020, helping his team reach its first international tournament. 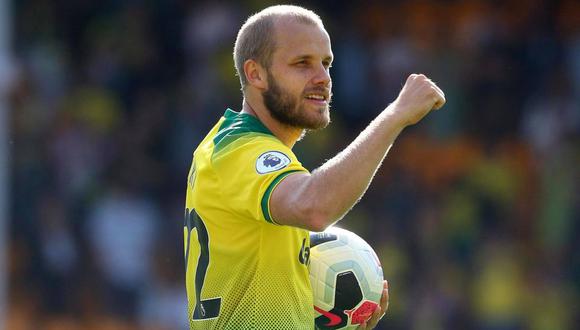 Finland and Iceland have met on a total of 13 occasions (4 wins for Iceland, 2 draws and 7 wins for Finland), where the balance is slightly in favor of the Finnish team. In terms of goals, 14 have been scored by the Icelandic team and 20 by the Finnish team. Their last duel dates back to the qualifiers for the Russia 2018 World Cup when Finland defeated Iceland 1-0 with a goal scored by Alex Ring.
10:40 AM2 months ago

Estadio Enrique Roca de Murcia is the name of the soccer stadium of the Spanish team of Real Murcia. It is located in the city of Murcia. It has capacity for 31 175 spectators, and was inaugurated on October 11, 2006 with the celebration of a friendly match between Spain and Argentina. Real Murcia played its first match on November 26 in a League match against Real Valladolid, corresponding to the 14th day of the Second Division. The Valladolid team, who would become champions that season, won by a resounding 1-4.

Although the private developer of the stadium claimed throughout the project that it would be classified as a five-star stadium by UEFA, thus being able to hold Champions League finals, this finally proved to be impossible as it is a requirement for the stadium to have a minimum capacity of 50,000 spectators to obtain this classification.

With the inclusion of the city of Murcia and the Nueva Condomina Stadium in the Iberian Candidacy to host the 2018 World Cup or the 2022 World Cup, an expansion of the stadium was planned, after which it would have more than 43,000 seats, and the number of private boxes and the press area would be multiplied. In the end, the chosen bids were Russia (2018) and Qatar (2022) and the project was postponed for the future.

Looking for a win

For their part, the Icelanders did not qualify directly for the 2022 World Cup in Qatar and also failed to qualify for the playoffs, so from now on they will restart the 4-year World Cup cycle to try to reach the top event in the 2026 World Cup. In their last match Iceland lost resoundingly against South Korea by a score of 1-5, likewise, the Icelandic national team has not won since November 11 last year, so in this duel, the opportunity to get rid of the bad streak will be a must.
10:30 AM2 months ago

A win would not go amiss for them

Finland was left out of the Qatar 2022 World Cup after failing to qualify directly and to the playoff zone. In their last match, the Finnish team lost to France on Day 10 of the UEFA qualifiers. Also, in their last 5 matches, they have 2 wins and 3 losses (beating Boznia and Kazakhstan and losing to France and Ukraine). After losing their last match, the Finnish national team will be looking to lift their spirits in this friendly match.
10:25 AM2 months ago

The game for the compromise

Both teams will play this friendly match as part of the FIFA Date break, since Finland and Iceland are out of chances to seek a place in Qatar 2022, also, they failed to qualify for the UEFA play-offs, so for them, from this moment on, they will start again a whole World Cup period to try to attend the 2026 World Cup. In their last match, Finland lost to France and Iceland lost to South Korea by a landslide, so it will be important for both teams to win that day.
10:20 AM2 months ago

The Finland vs Iceland match will be played at the Nueva Condomina Stadium in Murica, Spain. The kick-off is scheduled at 12:00 pm ET.
10:15 AM2 months ago

Welcome to VAVEL.com’s LIVE coverage of the friendly match: Finland vs Iceland!