It's over! Canada is the first CONCACAF team to qualify for the World Cup in Qatar.
5:56 PM2 months ago

Goal, goal, goal for Canada! David's cross, Mariappa tries to push the ball away, but ends up scoring in his own net.
5:50 PM2 months ago

Goal, goal, goal for Canada! Hoilett received the ball inside the box and pumped in his shot to increase the lead.
5:45 PM2 months ago

Change of Canada. Osorio comes off for Miller.
5:43 PM2 months ago

There was little excitement in these minutes, the ball was passed around the field and they were unable to generate danger.
5:37 PM2 months ago

Jamaica controls the ball for the moment, but fails to generate danger.
5:29 PM2 months ago

Changes in Canada. Cavallini, Johnston and Hutchintson are substituted by Larin, Laryea and Henry.
5:23 PM2 months ago

Change of Jamaica. Ricardo Thomas comes off for Marshall.
5:22 PM2 months ago

Hoilett's shot, but the ball ends up going wide.
5:22 PM2 months ago

Jamaica changes. Nelson and Brown come on for Walker and Ximines.
5:11 PM2 months ago

The action resumes for the second half.
4:54 PM2 months ago

Halftime in Toronto, Canada wins it.
4:52 PM2 months ago

Goal, goal, goal for Canada! The ball was passed into the box and Buchanan appeared to push it into the back of the net.
4:45 PM2 months ago

Close! Larin came close to scoring the second, but ended up sending his shot wide.
4:39 PM2 months ago

Jamaica arrived with danger, but Borjan kept the ball without problems.
4:31 PM2 months ago

David's cross is looking for Buchanan, but the visiting defense prevents him from hitting the ball.
4:24 PM2 months ago

Williams' ball to the far post, but the ball ends up going over the end line.
4:19 PM2 months ago

Goal, goal, goal for Canada! Eustaquio's through ball, Larin receives the ball inside the box and scores the first.
4:10 PM2 months ago

Close! Powerful shot by Larin, but Blake at the back prevents the ball from going in.
4:06 PM2 months ago

The action gets underway in Toronto.
3:59 PM2 months ago

Both teams are already warming up before the start of the match on the pitch.
3:51 PM2 months ago

Canada is already at BMO Field, the locals will be looking for three golden points in their quest to stay at the top.
3:46 PM2 months ago

Jamaica is no longer fighting for anything, the team coached by Hall will try to make things difficult for the locals and prevent them from winning.
3:41 PM2 months ago

This is what BMO Field looks like to welcome Canada and Jamaica, a very important duel for both teams. 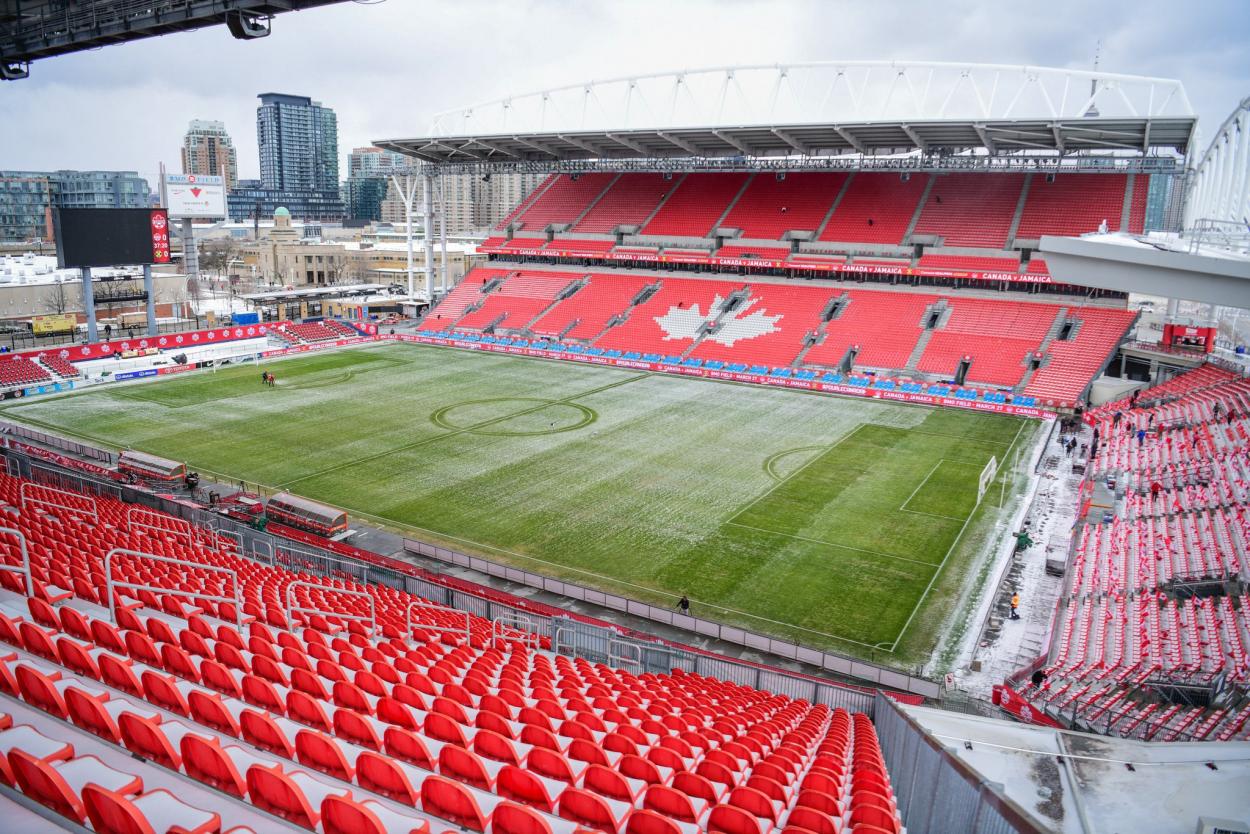 Canada has now gone 36 years without reaching a World Cup, so they will be looking to end their fans' wait in this match.
3:31 PM2 months ago

To take care of the arc

Canada has 19 goals scored, so the Jamaican team will have to stand correctly at the back to prevent them from scoring.
3:26 PM2 months ago

The fans prepared a spectacular arrival for the Canadian team, who will be looking to continue in first place. 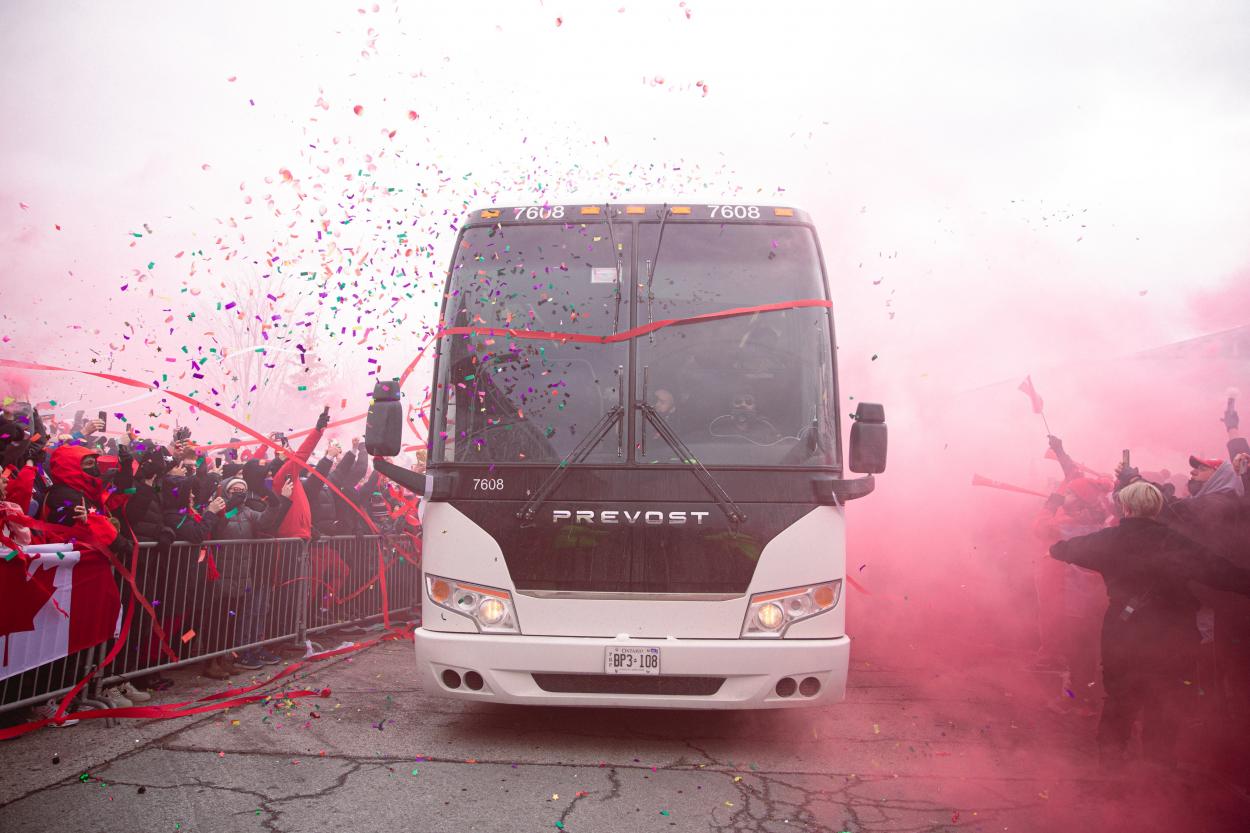 Canada arrives after a narrow loss to Costa Rica, so they will be looking for a victory in this match to move further ahead in first place.
3:16 PM2 months ago

We're back to bring you up-to-the-minute coverage of the Canada-Jamaica match. We will shortly share with you the confirmed lineups as well as the most relevant information about both teams.
3:11 PM2 months ago

Stay tuned for the Canada vs Jamaica live stream

In a few moments we will share with you the starting lineups for Canada vs Jamaica live, as well as the latest information from BMO Field Stadium. Stay tuned for up-to-the-minute live online coverage from VAVEL.
3:06 PM2 months ago

How to watch Canada vs Jamaica Live Stream on TV and Online?

If you want to watch the game Canada vs Jamaica live on TV, your options is: Telemundo.

If you want to directly stream it: Streaming services and fuboTV app.

What time is the match Canada vs Jamaica for the qualifiers for Qatar 2022?

This is the kickoff time for the Canada vs Jamaica match on March 27, 2022 in several countries:

Paul Hall spoke after the draw against El Salvador: "We had a good performance. The issue of finishing is something we have to work on for the next two games we have left to close out the qualifiers."

"They are a team with good players and a lot of talent. I do not deny that I am a fan of them and I told their coach (Hugo Perez) so. They have great quality and they came out to play the game we imagined. They have a team with a great future and great talent. I have great respect for El Salvador.

Jamaica is no longer in the playoffs, however, after drawing against El Salvador, Jamaica will be looking to beat Canada and take three golden points from them. 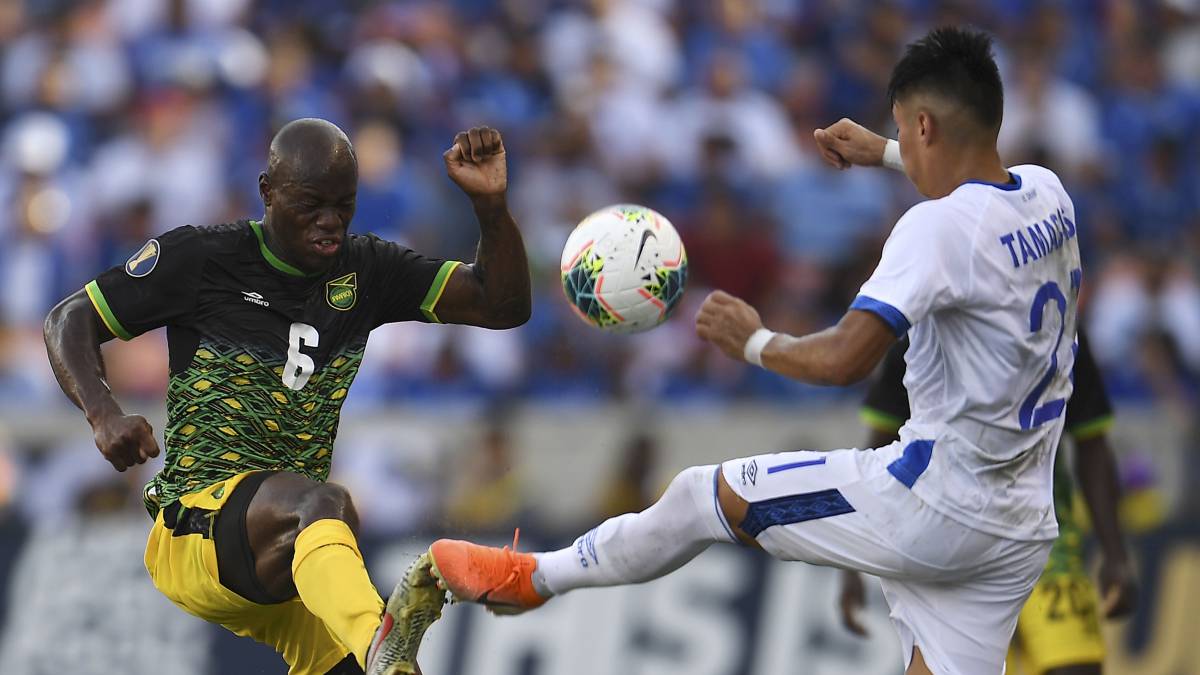 Need to add up

Canada arrives to this duel after losing to Costa Rica, tonight they will be looking for three points to move away from their first place and thus avoid being snatched from their position. 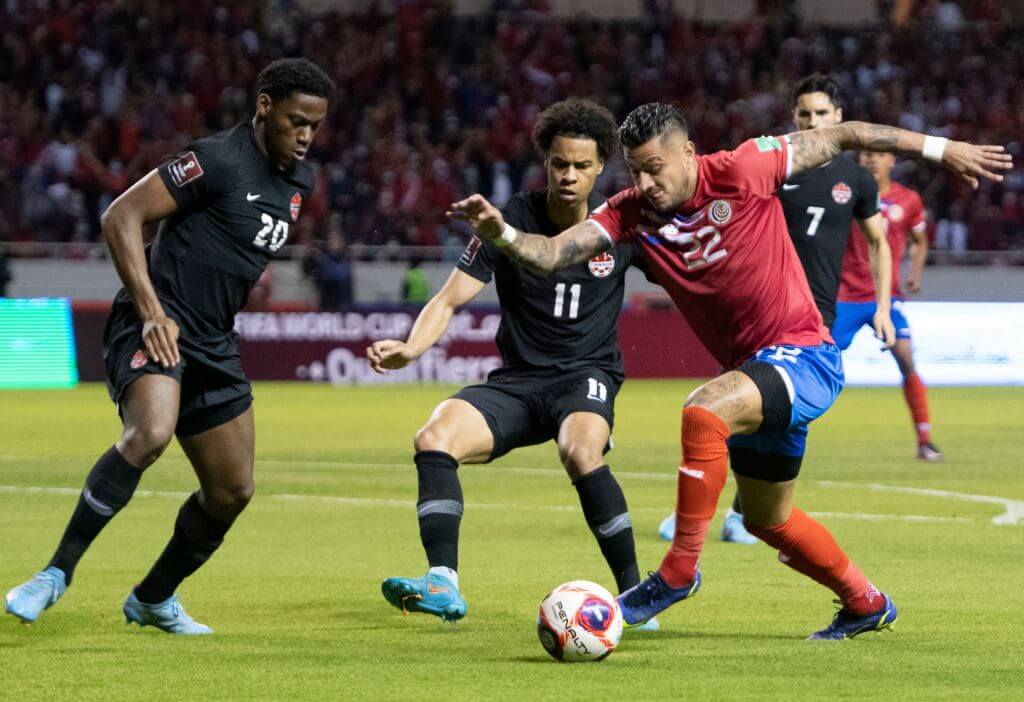 The match will be played at BMO Field Stadium.

The Canada vs Jamaica match will be played at the BMO Field Stadium, located in Toronto, Canada. The stadium has a capacity for 30,000 people.
2:26 PM2 months ago

Charlotte FC vs Vancouver Whitecaps preview: How to watch, team news, predicted lineups, kickoff time and ones to watch 40 minutes ago
//